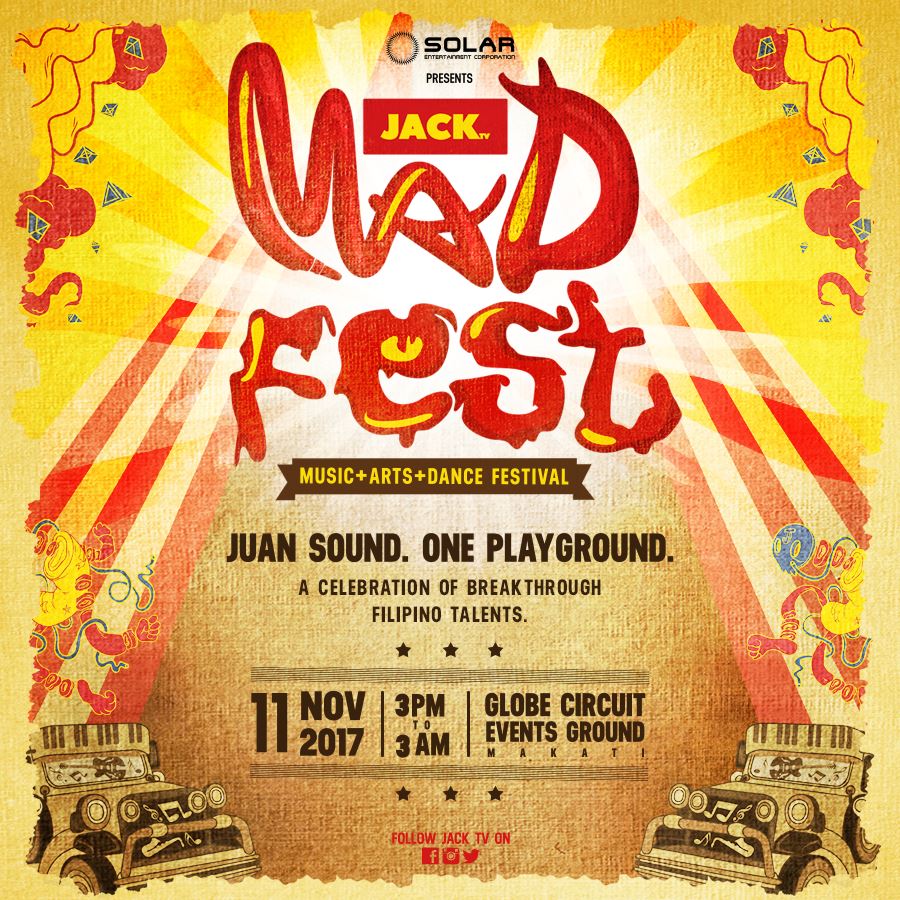 Jack TV is bringing together some of the country's best OPM bands under one roof! Catch and watch them perform live at Jack TV MADFest 2017: Juan Sound, One Playground, happening on November 11, 2017 at the Circuit Makati Events Grounds from 3:00PM to 3:00AM.