Let us say that you finally got your dream 3D TV or high definition projector, Blu-ray player, and game console set up in your living room this New Year. However, because watching movies or playing games is not just a purely visual experience, audio emanating from these home entertainment appliances might not be adequate to provide you with an immersive experience. In this respect, here arrives the relevance of having your living room equipped with a surround sound speaker system.

Nonetheless, one dilemma that may arise when putting up a surround sound setup could be your limited space. Also known as a 5.1-channel speaker system, a surround sound setup consists of three front speakers (left, center, and right), two rear speakers (left and right), and a subwoofer. Because a surround sound system entails proper positioning to achieve excellent sound reproduction, setting it up requires patience and some amount of meticulousness as well. Add to the fact that such a setup traditionally works with a lot of cables, you should learn how to integrate them into your living room in an unobtrusive manner. 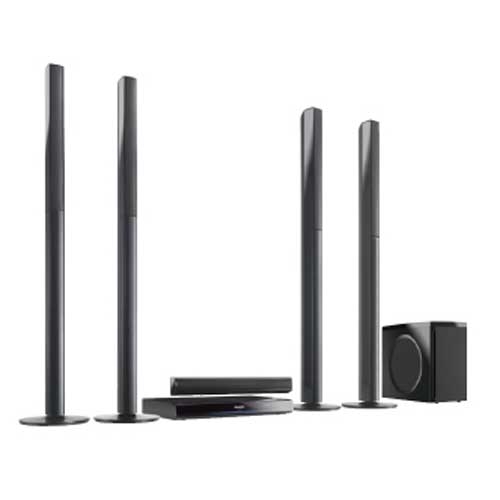 As a response to this predicament, arriving at the crime scene are wireless surround sound speaker systems. Like their moniker suggests, these audio systems still maintain the five satellites-and-one subwoofer configuration, but minus the perplexing wires (except for the power cable). So with this type of a surround sound solution, all you have to think over is how to properly place the entire setup in your entertainment space.

A wireless surround sound system works either via radio waves or infrared light, while some manufacturers claim that their product employ a proprietary wireless technology. However, do take note that in many available models in the market, wireless connectivity is restricted to the rear satellite speakers. 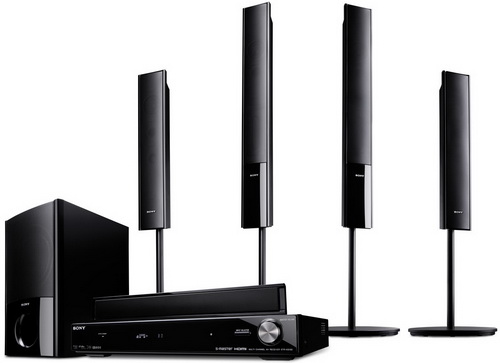 Although a 2.1-channel setup (two satellites, one subwoofer) by nature, the JBL Cinema SB 300 is a good example of a speaker system that harnesses wireless technology. It features SRS mode so it can emulate the effect of a real surround sound system. The satellites which are combined in a single soundbar form factor (SB300CNTR) communicate with the subwoofer (SB300SUB) wirelessly. The entire setup can be seamlessly integrated into the room. You may mount the soundbar on the wall or discreetly place it on a desk, while the downfiring subwoofer can be placed anywhere in the room, appearing like a modern home decoration.

Since wireless connectivity is considered as an advanced feature among surround sound systems, investing on one might cost you a lot. The JBL Cinema SB 300 for instance is on offer for the price of PhP 34,990. This is more expensive than a true, wired 5.1-channel speaker system such as the Logitech Z906 which you could buy at around PhP 14,000. Other wireless surround sound systems that are available in the market include the Panasonic SC-PT980GA-K and the Sony HT-SF360, each costs PhP 31,999 and requires an additional proprietary wireless kit. 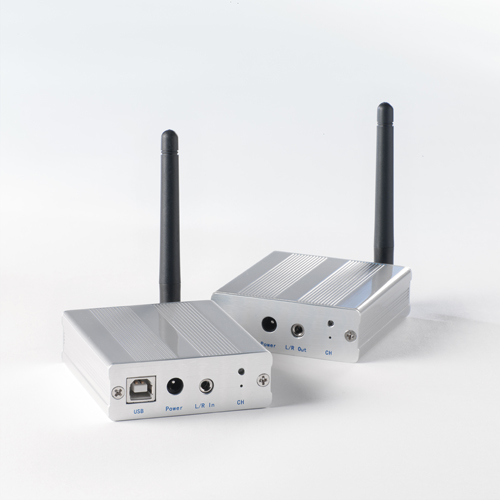 On the other hand, if you happen to be a proud owner of a wired 5.1-channel speaker system but want to add a wireless feature to it, one practical choice to make is to get a digital audio wireless transmitter. Prices of these wireless sound solutions range from USD 40 to USD 100 (around PhP 1,700 to PhP 4,300 based on our currency), which are certainly less expensive than a whole new wireless speaker system.