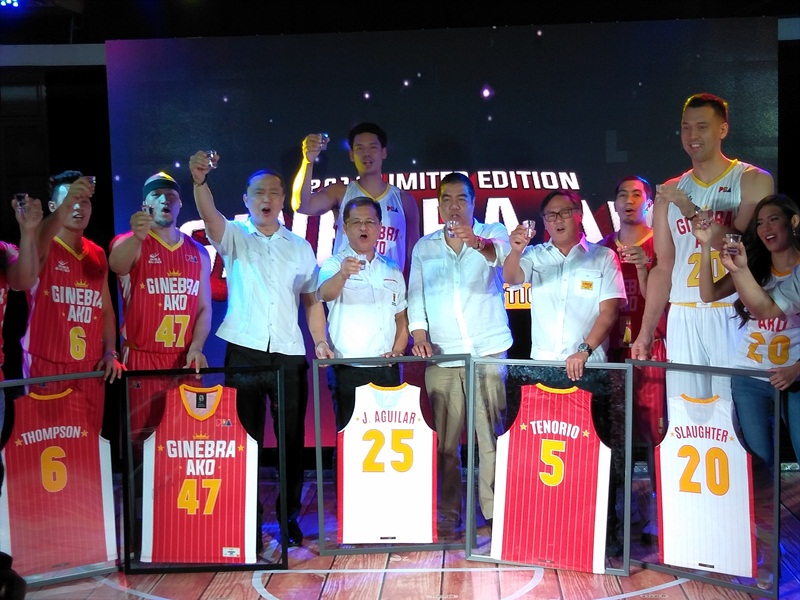 The uniform makes the player – it is a known fact that in basketball, wearing the jersey exhibits more than just tools for recognition against the opposing team. From the colors to the sewn patches, the jersey serves as the representation of the team and all it stands for. This is the philosophy practiced by Barangay Ginebra San Miguel.

For the past four decades, the jerseys of Barangay Ginebra San Miguel have become the embodiment of the team – from its decorated history to its virtues.

Last year, the Ganado Classics: 3 Decade Jersey Collection celebrated the historical moments of Ginebra. Every jersey in the collection showcased remarkable Ginebra stories behind it like winning its first PBA title in the 1986 PBA Open Conference and bagging the PBA Governors’ Cup Championship in 2016 after an eight-year title drought. 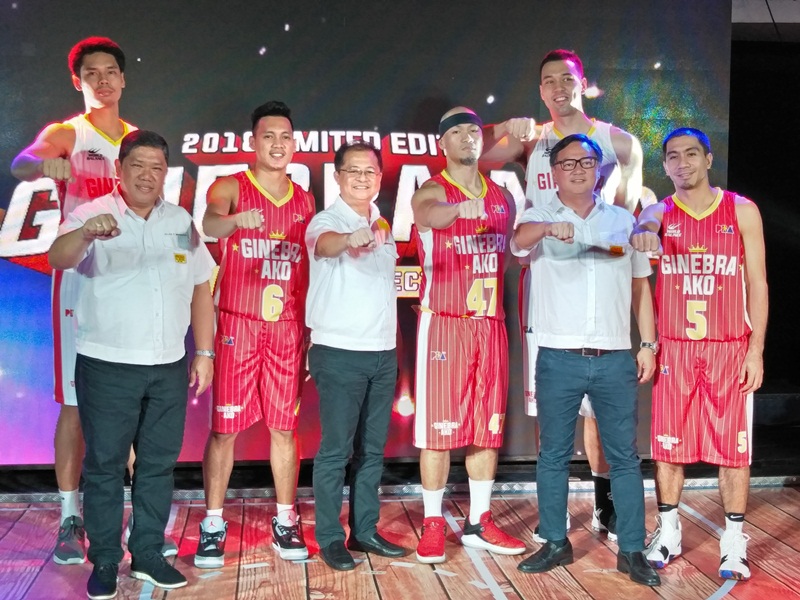 Unlike last year where the jerseys were used to recount the past, Ginebra San Miguel Inc. (GSMI) has launched the 2018 Limited Edition Ginebra Ako Jersey Collection to make the present more meaningful. It also pays homage to the “Never Say Die” spirit the whole Ginebra San Miguel community is truly proud of.

The term “Ginebra Ako” signifies the team’s resilience, determination, and perseverance throughout the four decades of playing in the PBA. During these times, it is hard to miss that the fans have also embodied the aforementioned qualities. Exhibiting sheer dedication and true value to teamwork has essentially fleshed out a new and deeper meaning to being ganado, thus making them “more Ginebra”.

Aside from the “Ginebra Ako” statement, some of the notable designs embedded on the jersey are the four stars, which represent Barangay Ginebra San Miguel’s four-decade stay in the PBA; and the crown, which depicts the team’s domination in both realms of basketball and the hard liquor industry (being the undisputed no. 1 selling gin in the world). 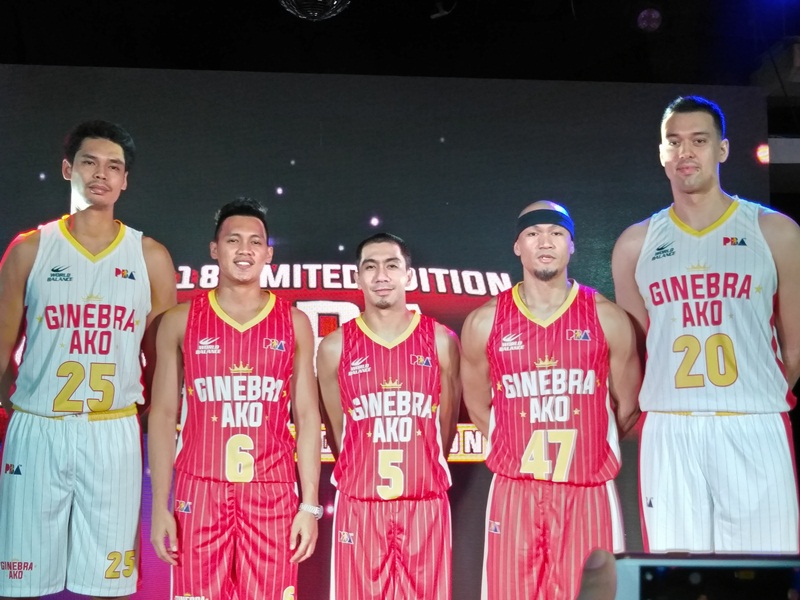 There are also three marks that verify the jersey’s authenticity. First, the Ginebra San Miguel Label Tag, the iconic Ginebra San Miguel label featured as the tag of every jersey embodies the long-standing heritage and culture the basketball team represents via the product. Second, the Patch of Authenticity with an embroidered signature of none other than the winningest coach in PBA history, Tim Cone, confirms the jersey is 100% authentic. Third, the ‘Never Say Die’ Patch located on the backside of the jersey features the team’s mantra and represents the team’s resilience, which they are popularly known for.

These limited edition jerseys will be worn by the team in the upcoming 2018 PBA Commissioner’s Cup starting April 2018.

To avail of the 2018 Limited Edition Ginebra Ako Jersey Collection, purchase and collect either six (6) seals of Ginebra San Miguel or Vino Kulafu; or four (4) caps of GSM Blue or GSM Blue Flavors, Primera Light Brandy, or GSM Premium Gin. Just add 100 pesos and claim your own “Ginebra Ako” jersey from any partner redemption outlets nationwide. Promo duration is from April 15 to June 15, 2018. 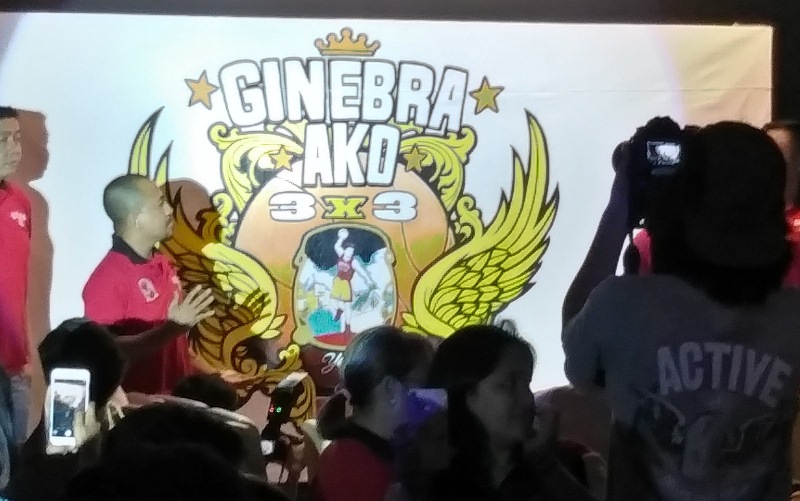 Meanwhile, participants of the upcoming Ginebra San Miguel 3-on-3 Tournament will also be wearing the new jerseys, wherein 16 teams from 16 different areas play against each other to become the next Ginebra San Miguel 3-on-3 Grand Champions. The top two finalists will get to live their dreams and play at the Araneta Coliseum for the championship. The winning team gets to take home PhP 50,000.

Sports advocate Mike Swift also known as “Mr. Pinoy Hoops” and his team will be painting murals depicting “Ginebra Ako” on every court that will be visited in the 3-on-3 tournaments. The 3rd Ginebra San Miguel 3-on-3 Tournament will be done in partnership with the Philippine Basketball Association (PBA). 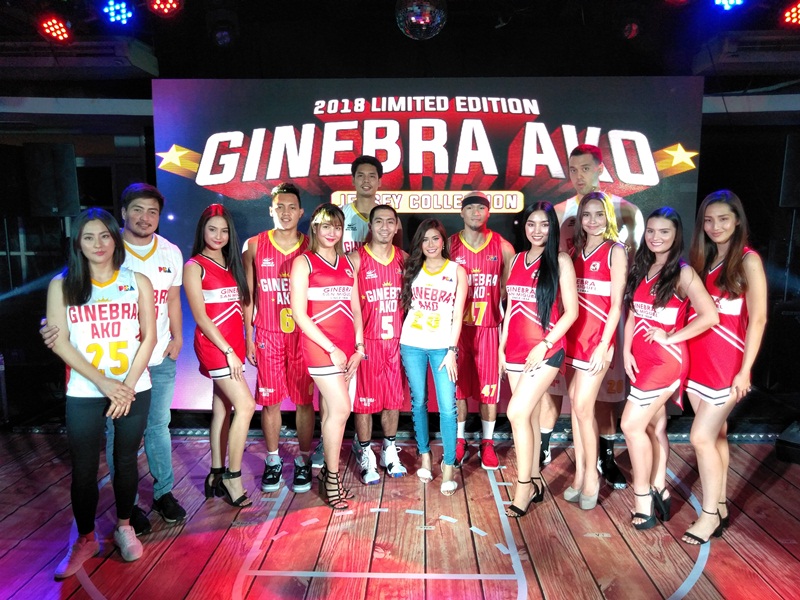 The 2018 Limited Edition Ginebra Ako Jersey Collection and 3-on-3 tournaments are proof that after 40 years, Barangay Ginebra and its “Never Say Die” spirit is very much alive.

For more details and updates on the promo, log on to www.ginebra.com.ph, check out the official Facebook page of Ginebra San Miguel www.facebook.com/barangayginebra or call the GSMI customer care hotline at 632-2564.

Here are more photos captured during the event: 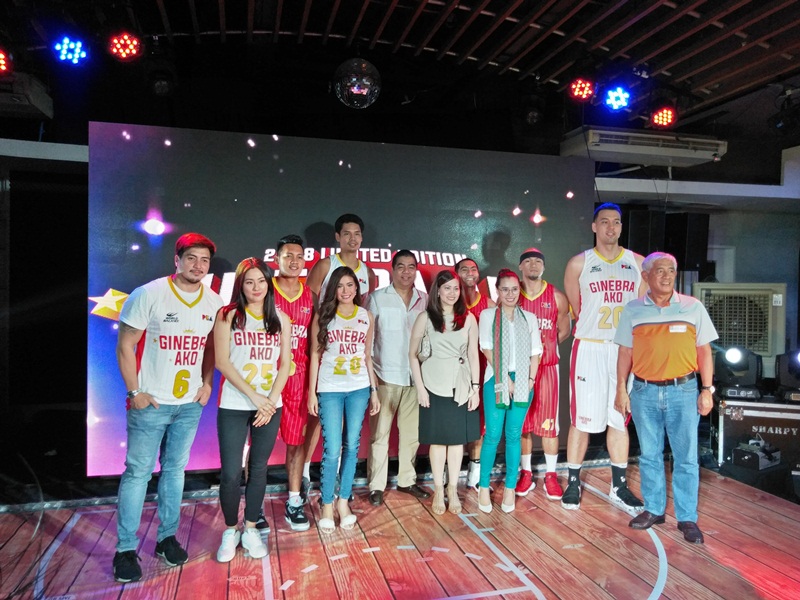 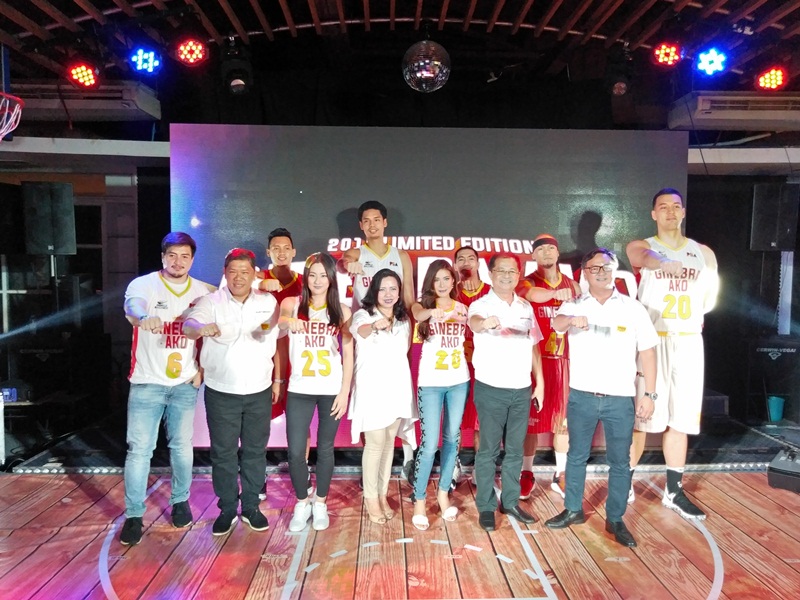 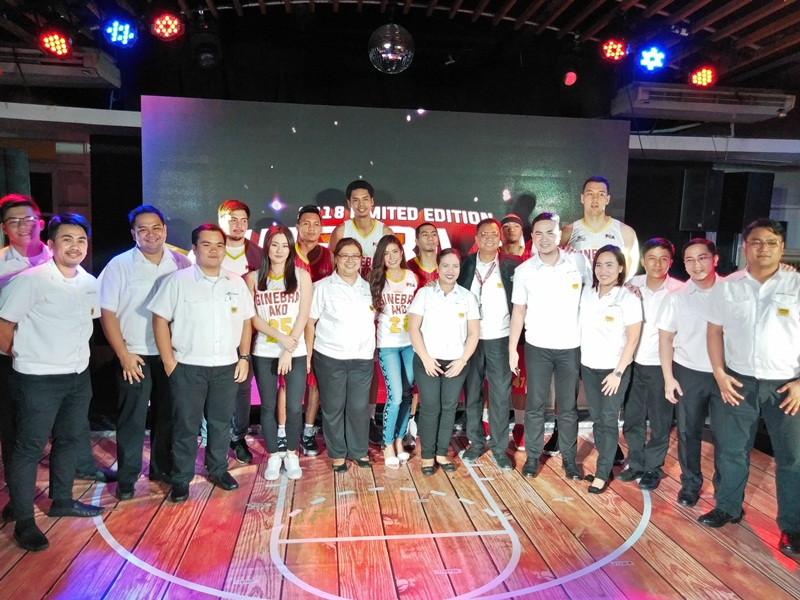 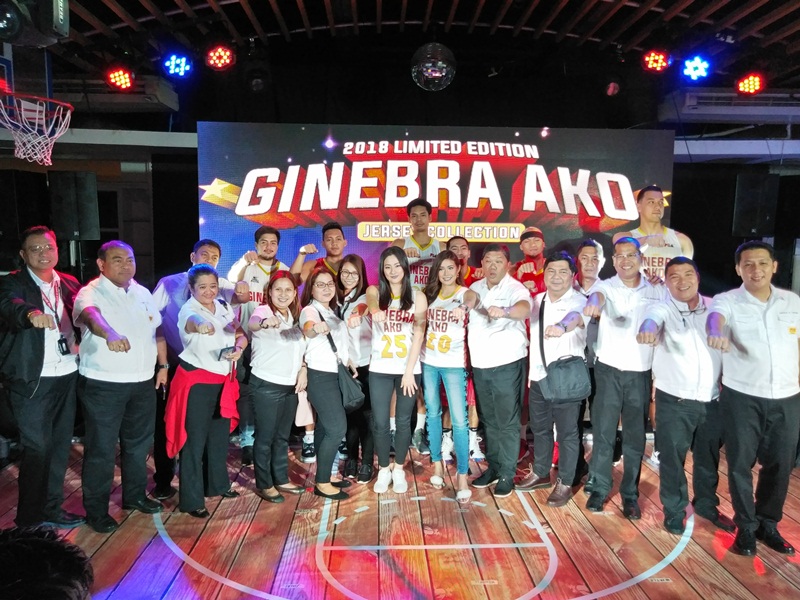 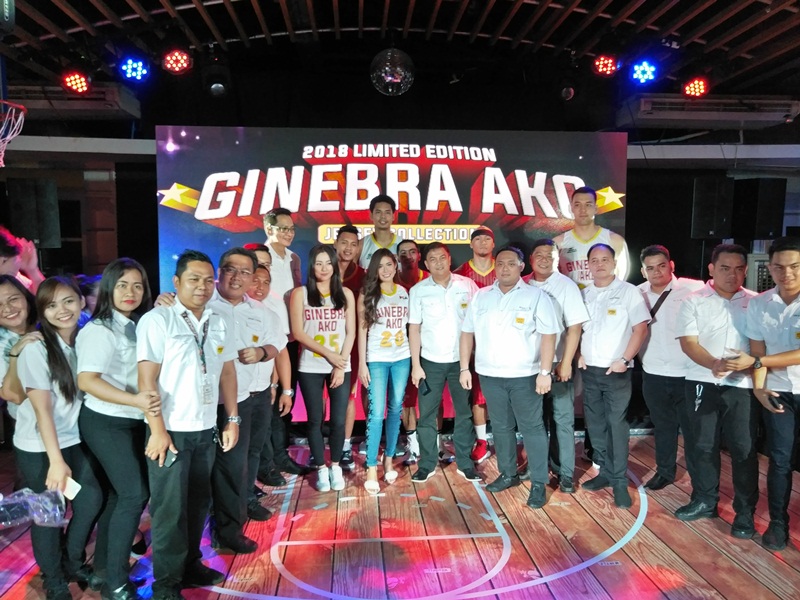 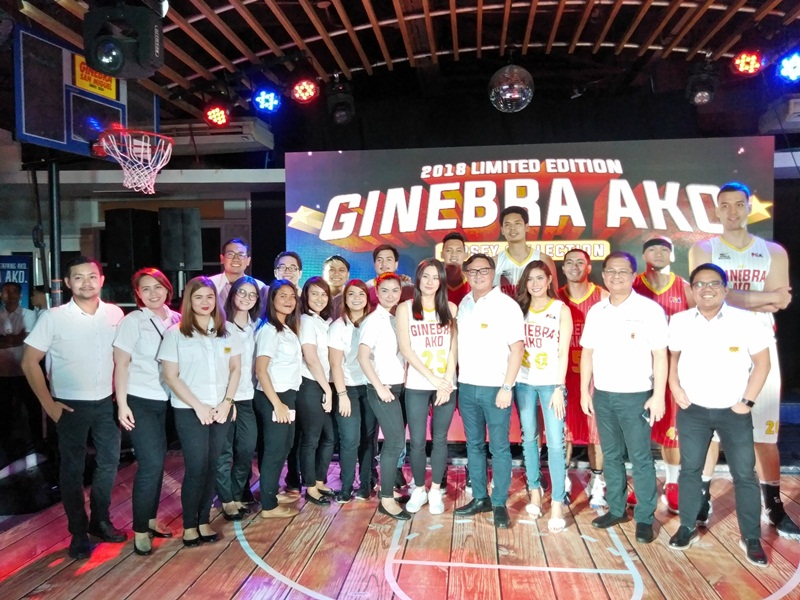 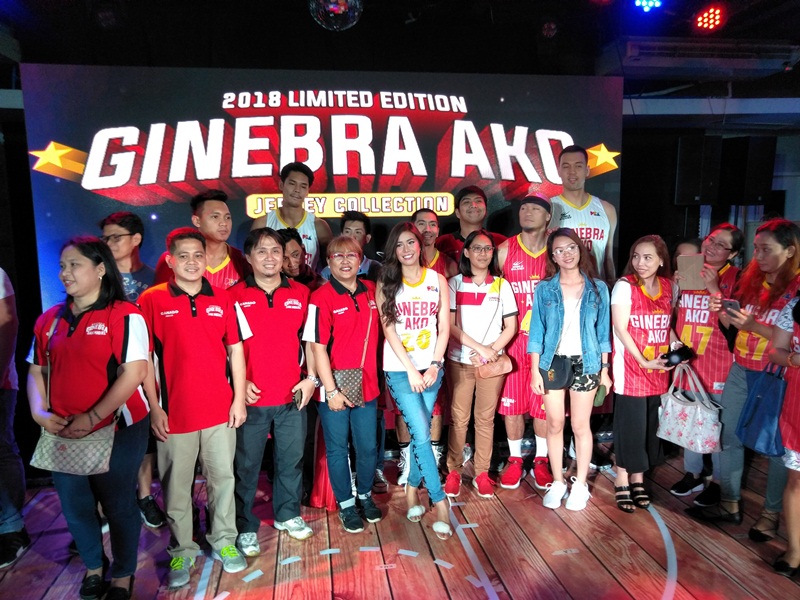