The past couple of weeks have seen Google+ become an instant hot topic among the Internet-savvy set all over the world. Google+, in case you don’t know yet (and since you’re reading here on our site, it’s highly doubtful that you don’t), is the new social networking service launched by the company that has made gargantuan strides (understatement, anyone?) from its humble beginnings as a search engine service provider. At this point, much has already been said about Google+, but allow me to still share my two cents.

Given the company’s vast resources, experience, and offered variety in the Internet services business – not to mention its already established reach – Google+ is heralded as a legitimate “Facebook-killer.” Such a reputation naturally would be enough to spark the curiosity of millions of Internet users everywhere, and the massive demand early on – with Mr. Facebook, Mark Zuckerberg, himself being one of the earliest adopters – has been more than enough to suggest some semblance of truth to the claim.

In a nutshell, Google+ puts together the best of what current top-ranked social networks, Facebook and Twitter (and perhaps their imitators), offer: the ability to connect and to share information, experiences, and resources with your peers, as well as to “follow” public figures that you don’t know personally, but find to be interesting or simply reliable sources of information. 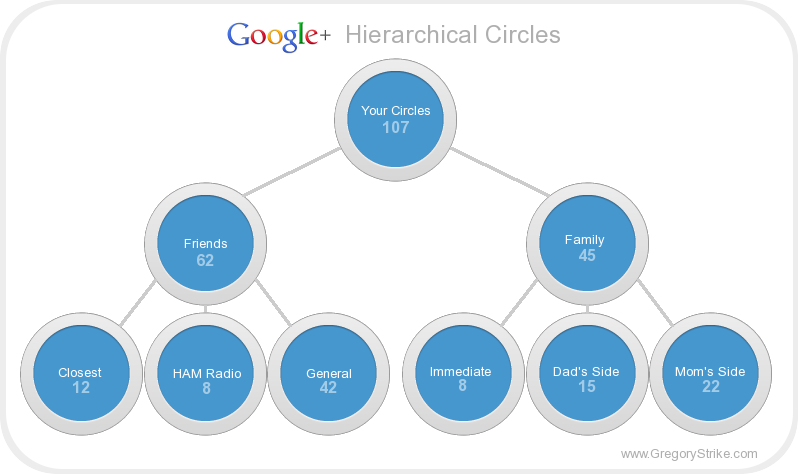 Google+, however, innovates most significantly in its approach in doing so. On top of a deliberately simplified (not to mention impressively clean white) interface that supports drag-and-drop manipulation, Google has added an element of micro-manageability in the selection and organization one’s contacts by introducing “Circles,” a grouping system that gives users a greater degree of control when it comes to sharing content. After all, you don’t always want to tell your workmates or clients about the personal hang-ups you have about your job (nor do they want to hear about it, if you think about it), and most of the time, your grade school friends couldn’t care less about some party you’re organizing for your college batchmates. Google+ lets you select who you want to connect with at certain points in time, thus letting you get your message across to those who need to know, while sparing the rest from the spam. To paraphrase one of Google’s video primers, Google+ has essentially virtualized our (human beings’) innate manner of associating certain roles with the people with whom we interact in real life.

That said, the successful implementation of the Google+ service holds much more potential than is already being let on. Again, Google’s current portfolio of products and services is already diverse and far-reaching, with several of them already gaining a reputable status among users of varying profiles. Just imagine your Gmail account, enhanced with a richer media experience by way of Google subsidiaries, YouTube and Picasa. Likewise with the RSS feeds on your Google Reader. Google Talk has a new group video chat-ready incarnation in the form of Google+’s “Hangouts.” Let’s also not forget about the impact it can create in the mobile space once the G+ Android app officially becomes available outside of the US (that is, for those who can’t be bothered to Google up the APK and install it themselves). Then there are also Google’s Calendar and Documents which are hardly even mentioned by most when talking about Google+…

What I’m saying is that assuming a steady, careful roll-out is carried out by Google, the integration of all these peripheral services into the Google+ social platform may have just what it takes to “change the game” on so many levels. Even ChromeOS is starting to look like a more sensible idea with Google+ now in the picture! In the short term, it appears that Google+ is an instant threat to the likes of Facebook and Twitter, but who knows? A couple of years down the road, it might just be knocking on the doors of Apple’s mobile ecosystem, or Windows’ desktop environment.

Of course, I may simply be too drawn into the hype, and I may be proven horribly wrong if Google+ ends up suffering the same fate as Google Wave and Google Buzz. But hey, this is what makes technology fun, right? With all the promise that developments such as this one brings, we’re given so much opportunity to speculate and imagine.

If you ask me though? I think a company of Google’s caliber is more than up to the task to deliver.

(Enjoy a more thorough look into Google+ by checking out this primer from the HardwareZone Team.)

A member of the HardwareZone Philippines family since 2006, Jason is the Executive Editor for HardwareZone's print publication, HWM Philippines. Apart from his keen interest in all things high-tech, he is also a huge fan of basketball, pop culture, Internet memes, and free, high-speed Wi-Fi.