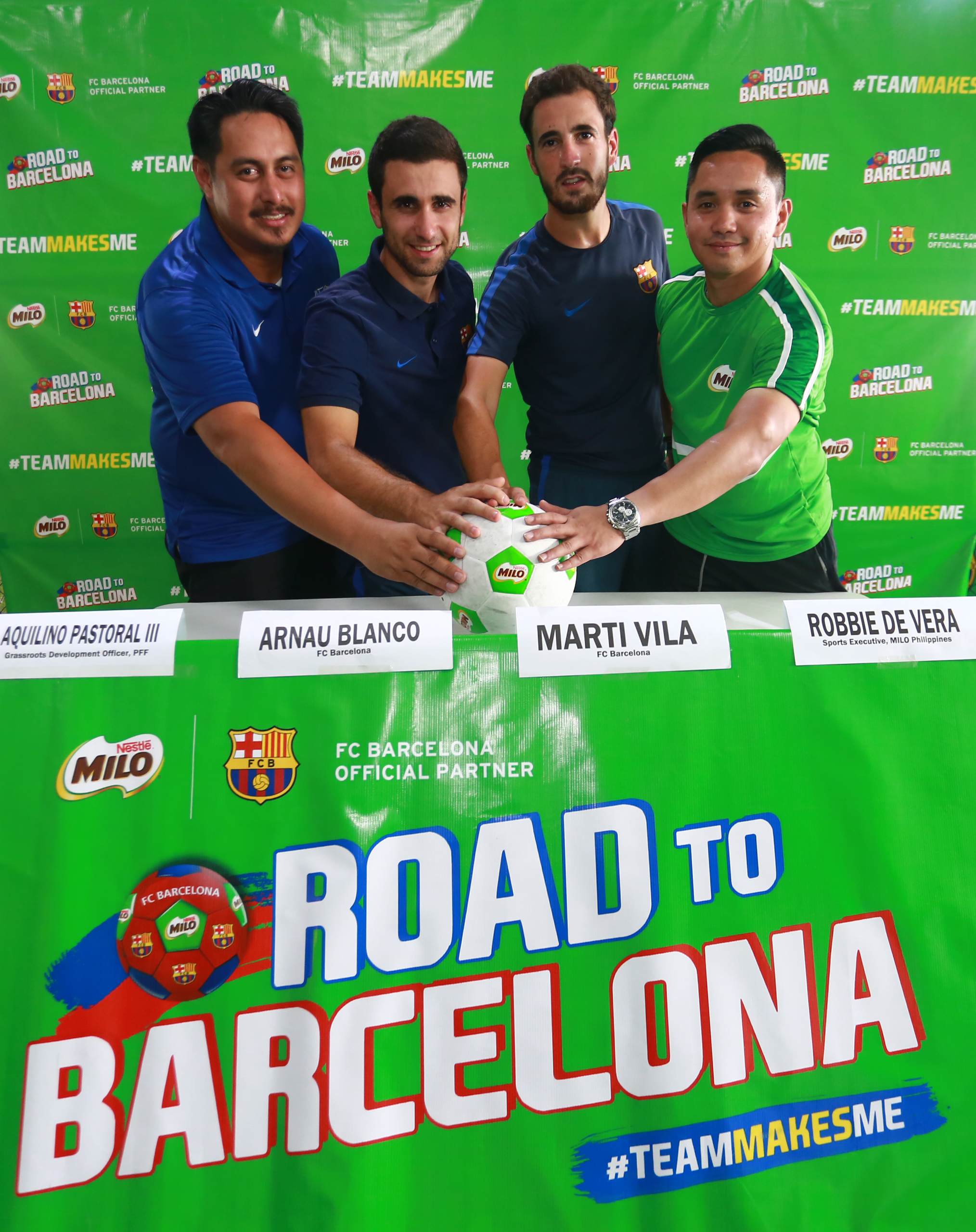 The MILO FC Barcelona (FCB) Philippine team has been officially revealed, chosen from a talented pool of almost 150 kids from all around the country who took part in the MILO FCB Road to Barcelona Training Camp last September. A team of talented kids have been selected by an expert panel comprised of executives and coaches from MILO Philippines, the Philippine Football Federation (PFF) and the FCB Escola Youth Academy. The maiden team of the partnership will be participating in a once in a lifetime football opportunity as they train, learn, and play the Barça way in the global camp to be held in Cap Nou this month. The team will be flying to Barcelona for a series of activities in key facilities and landmarks around the city. These include classroom trainings, museum visits, a football clinic, a city tour, and a match viewing, at Camp Nou that will allow them to watch their FC Barcelona heroes in action. The program will also include special training sessions with FC Barcelona legend Eric Abidal, one of the club’s most revered former players.