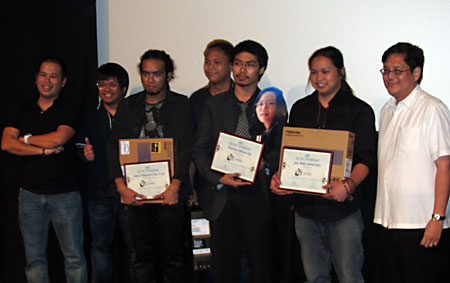 Intel Philippines recently invited your HWM Team to cover the official awarding ceremony for the recently concluded Intel Digital Showdown, a short filmmaking competition that the company hosted on its Facebook fanpage for a duration of four months that ended in July 2011. 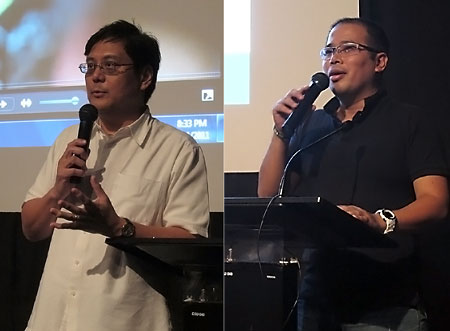 Recognizing the Pinoy’s penchant for enjoying and creating video clips as seen on today’s ubiquitous social media sites, Intel held its Digital Showdown to showcase and celebrate local talent in the field of creative filmmaking. Themed, “My PC, My Life,” participants were instructed to make brief video clips of either 30-second, 50-second, or 70-second lengths, illustrating how the PC makes an impact in their respective lives. Intel even tapped the services and expertise of young local filmmakers, Quark Henares and RA Rivera, to provide mentoring and advice by means of amusing short films of their own, as well as through interaction via the Intel Facebook fanpage. 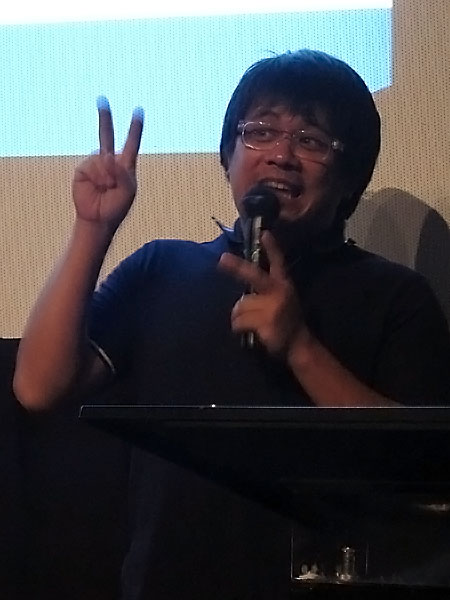 Much to the delight of the media members who attended the awarding ceremony, the entries (the top ten among which were screened during the event) certainly didn't disappoint, with each short film truly combining insightful creative concepts and excellent story-telling and film-making prowess to effectively convey the “My PC, My Life” theme.

Don’t want to take our word for it? Check out the top three entries below and see for yourself.

That last one was pretty clever, eh? The top three finalists won for themselves, aside from bragging rights among their peers, some pretty nifty hardware – laptops powered by the second-generation Intel Core processors – truly making their efforts worthwhile. If you’d like to see the rest of the top ten finalists, you can check out the Intel Philippines YouTube channel and simply search through the uploads there.

Intel has expressed that their efforts in calling out Pinoy talent does not stop at the culmination of the Digital Showdown. As a matter of fact, Intel is already running a new campaign as we speak, dubbed as Sing To Win. But that ought to be a topic for another time, so make sure to stay tuned here on HardwareZone for more updates on all of that karaoke fun!

A member of the HardwareZone Philippines family since 2006, Jason is the Executive Editor for HardwareZone's print publication, HWM Philippines. Apart from his keen interest in all things high-tech, he is also a huge fan of basketball, pop culture, Internet memes, and free, high-speed Wi-Fi.