20 things that you should know about LG V20

20 things that you should know about LG V20 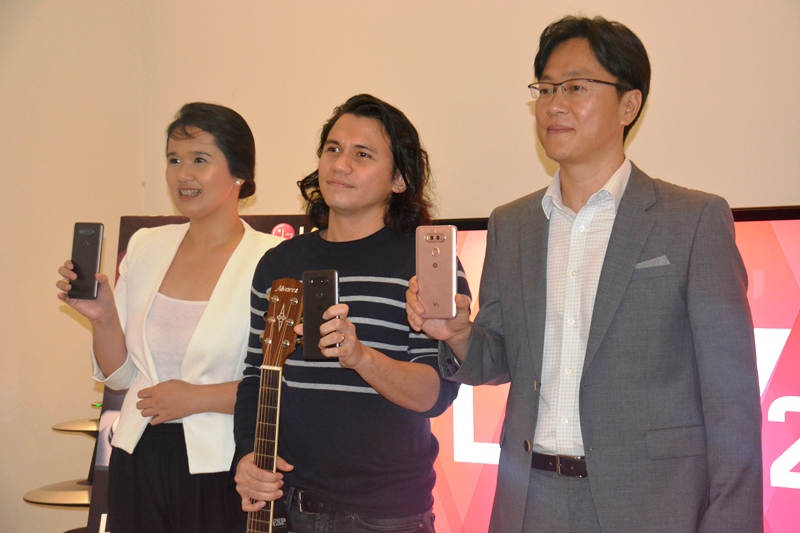 The much-anticipated successor of the V10 has finally come in the Philippines, the LG V20, and its arrival is just in time for the fast-approaching gift-giving (and gift-receiving) season. For sure, some of you are already planning to buy LG’s new premium smartphone. But what are the surprises in store for you when you get one? Here are the 20 things that you should know about the LG V20.

Starting off with the outside, the LG V20 flaunts a minimalist metal body with a thin bezel design that is stylish to look at and comfortable to hold. To achieve the sophisticated look and solid durability, the V20 uses aluminum (AL6013) together with a silicon-based material that is found in aircrafts, sailboats, and mountain bikes to cover the back of the phone. The top and the bottom of the phone are protected from damage by silicon polycarbonate.

The V20 actually passed the durability test conducted by an independent laboratory, complying with the United States’ military standard (MIL-STD 810G Transit Drop Test). The test determined that the V20 can withstand shocks when dropped repeatedly from a height of four feet. 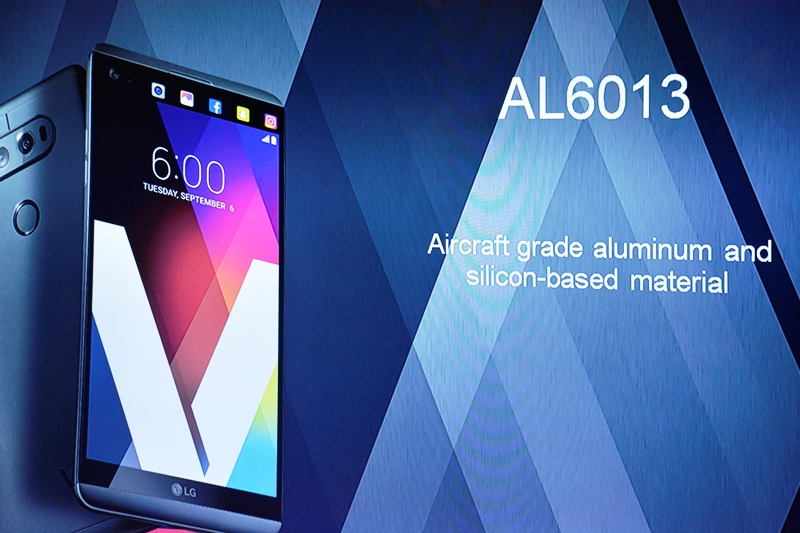 3. First to ship with Android 7.0 Nougat

LG and Google have been collaborating closely since 2009 with the launch of the very first Android devices running on Android 1.5 Cupcake and, of course, the introduction of Nexus devices in 2012. Continuing that collaboration, LG is the first smartphone to ship preloaded with Android 7.0 Nougat. The V20 is designed to take full advantage of the very best features of the new Android OS, enabling consumers to enjoy new productivity features such as Direct Reply for quick response to text messages and a new multimedia feature that splits the main screen into two separate frames to perform two different tasks simultaneously.

The V20 is the world’s first Android smartphone to feature Google’s new search tool called In Apps. With this feature, V20 users can search and install applications like Gmail, YouTube, and Google Chrome. It can also search for most popular apps as well as find notes, messages, songs, and email. With the V20 featuring In Apps, it will be really possible for you to find things intuitively in one tap away.

Capturing those spectacular moments and special memories are even more important for all of us that is why most of us reach for our smartphone when they happen. However, not all devices are actually created equal. Some capture precious memories better than others. The LG V20 does it with such tremendous quality that you almost feel that you are reliving those experiences again. Videos are no longer blurry, thanks to the Steady Record 2.0, an upgraded version of one of the favorite features in the V10, which actually helps in improving images with impressive quality. 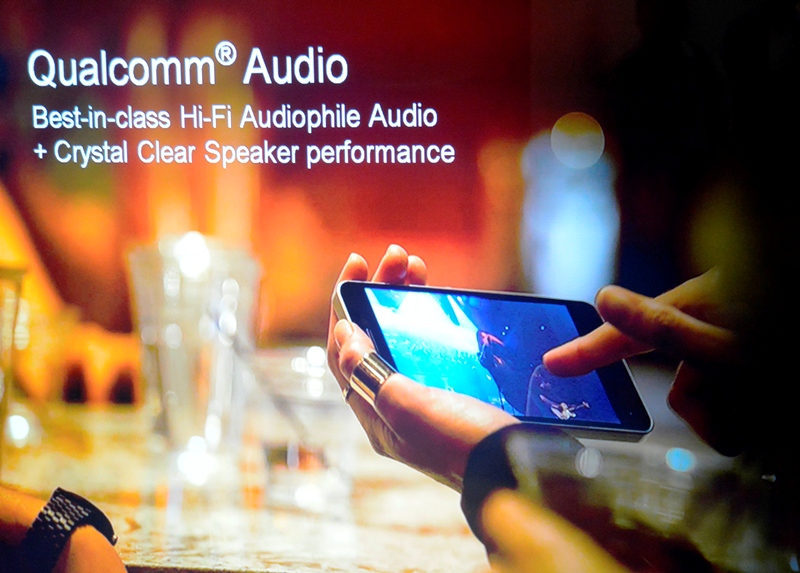 LG and Qualcomm have a very good relationship that is why, LG is proud to say that the V20 is equipped with the advanced Qualcomm technologies. With the help of Qualcomm’s Electronic Image Stabilization (EIS) 2.0, the V20 shoots images frame by frame to neutralize unintentional movements while holding the device when recording videos. On the audio front, Qualcomm offers high-fidelity codec and an amplifier for the V20’s external speakers to deliver superior sound experience that is pleasing to most sophisticated ears. The V20 comes with Qualcomm's Snapdragon 820 processor and Snapdragon X12 LTE modem.

We know that creating great content means creating great subject matter, but it also means having more control onto the videos that you are shooting. LG gives you more freedom with the V20, wherein you can actually manually shoot the video with control into settings such as ISO, shutter speeds, white balance, and focus. 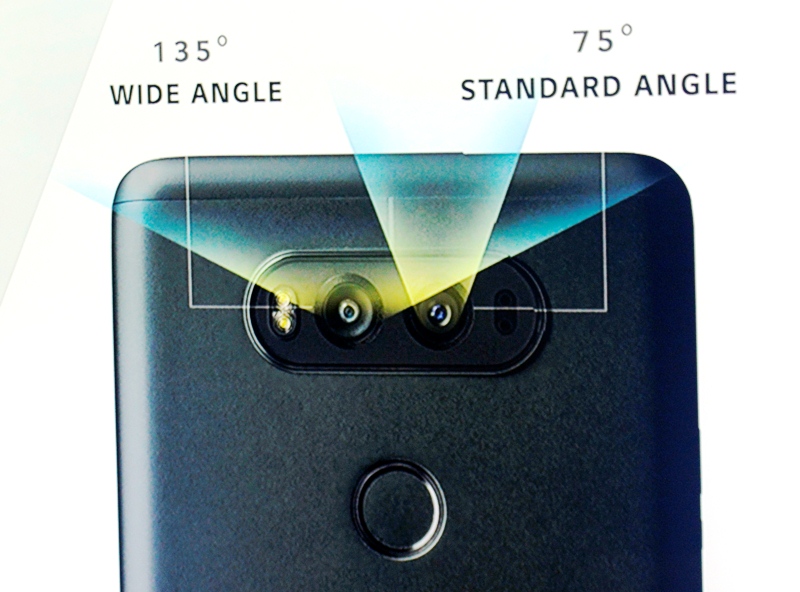 The V20 does videos, but how about photos? The V20 is the world’s first smartphone to offer a wide angle lens, not just the back, but also the front so if you wanted to take a groufie together with your friends using the back camera it is possible and, more so, if you wanted to take a selfie with a big group. The V20 has two cameras on the back: 16MP with F1.8 aperture OIS (standard angle) and 8MP with F2.4 aperture (wide angle). The front camera uses a 5MP sensor with F1.9 aperture (wide angle).

Ensuring a sharp picture every time, the V20’s Hybrid Auto Focus (HAF) integrates three AF mechanisms – Laser Detection AF, Phase Detection AF, and Contrast AF – for both videos and photos. The V20 determines if LDAF or PDAF is best for a particular shot and then refines the focus with Contrast AF. 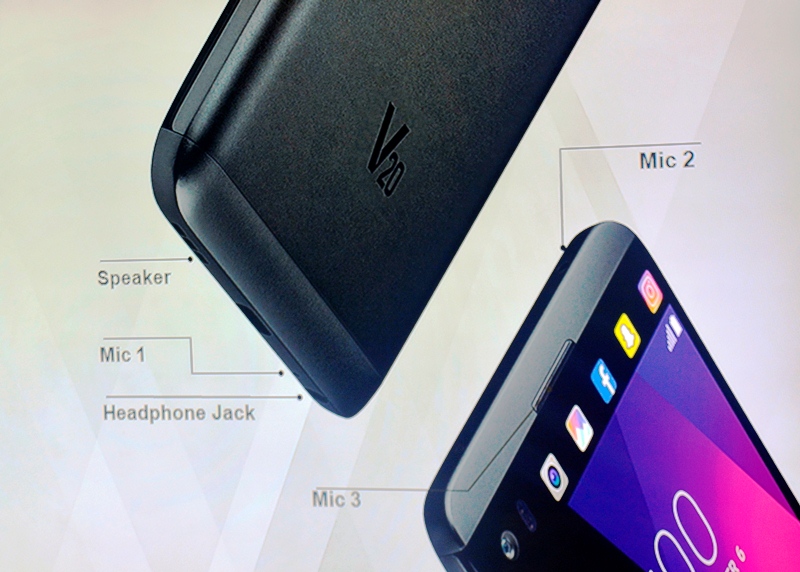 A great video requires a great audio now to enhance the video recording experience such as concerts and live events the V20 is actually equipped with a new feature called Hi-Fi video recording which delivers the next level video sound craft the three AOP (Acoustic Overload Point) microphones the V20 records sounds using the 24-bit 48kHz format, a format that is being used by professional movie producers. You can also record Hi-Fi video by manually controlling settings like gain and limiter to adjust the sound volume and the white noise, allowing you to come up with post worthy videos from concerts and live events.

Audio is not just about recording, it is also about capturing that is why LG wanted to make sure to get the best possible listening experience and so to accomplish that we are proud to say that the V20 is the world’s first smartphone to feature a 32-bit Hi-Fi Quad DAC (digital-to-analog converter). DAC is actually the heart of any audio system as it converts the audio file into an analog file. 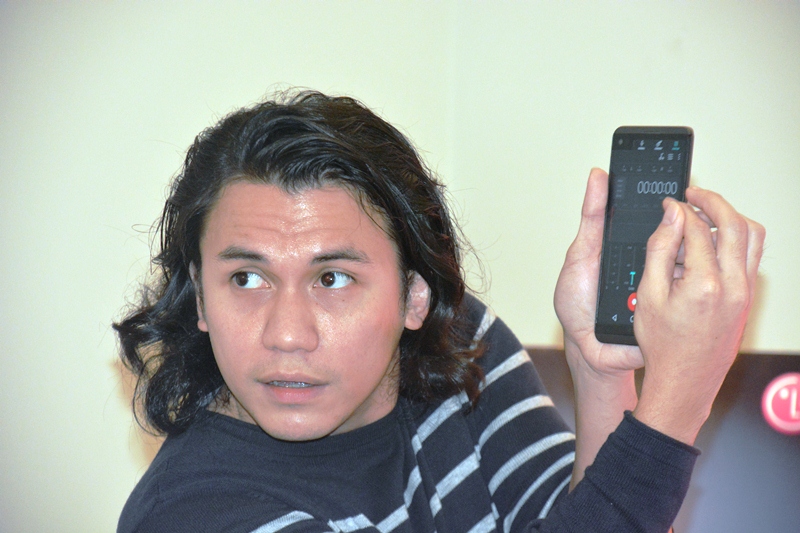 The LG V20 features an HD audio recorder which represents next-level sound recording. This feature lets the user capture high-quality audio with a wider frequency range by using the three AOP microphones to produce incredible sound recordings, setting a new benchmark for smartphones. HD audio recorder allows you to manually control sound settings using the similar keys for the video camera and create a high quality file. With the V20’s HD audio recorder, you can use various audio recording modes depending on where you are. For example, when in a concert, use the concert mode to take high quality recordings by increasing the sounds you want and decreasing background noise. 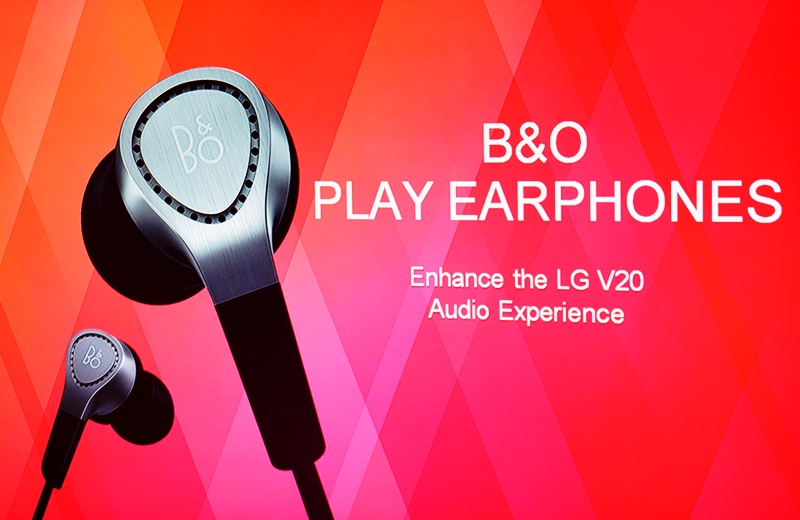 Speaking of audio, here is a special treat for us here in the Philippines. LG is happy to say that the V20 will be available with a pair of B&O Play earphones. Interestingly, not all countries are going to receive the V20 with B&O earphones. So for those who have not yet investing in good earphones but still want the best possible mobile audio experience, the V20 is the perfect opportunity.

Of course, for any smartphone, it is very important to talk about the display. One thing that LG wanted to highlight with the V20 is it is equipped with a 5.7-inch QHD IPS display (2560 x 1440/515ppi) and it is protected by a highly durable Corning Gorilla Glass 4 panel. 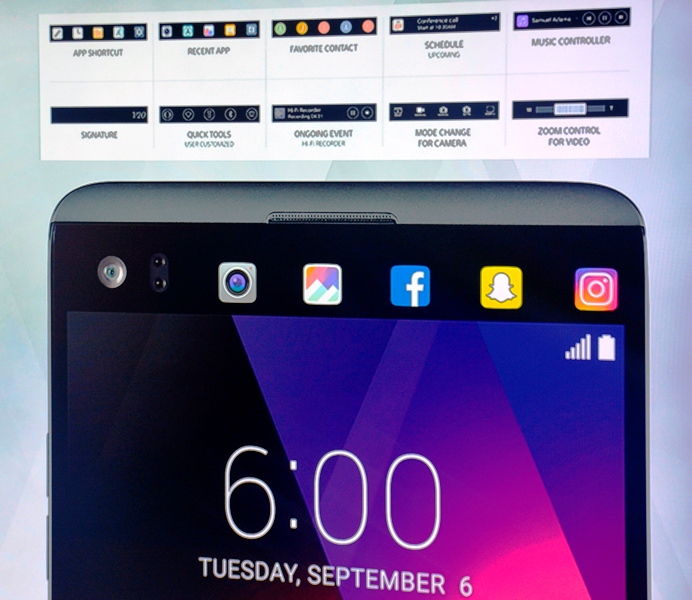 LG has embedded the Second Screen feature (IPS Quantum Display, 160 x 1040/513ppi) and improved its capabilities and functions compared to the previous version used in the V10.

Alongside, LG has also introduced the LG UX 5.0. This is obviously an upgraded version of the LG UX 5.0+ that LG introduced with the G5 and it is actually the first UI to run on the Android 7.0 Nougat.

The battery life of the LG V20 is sustained by a removable 3200mAh battery pack that is larger than that of the V10 but with a more premium look and feel, and has a quick release feature so it will be easier for you to remove the battery cover itself.

LG has blessed the V20 with 64GB onboard storage and with the capability of supporting up to 2TB microSD storage. The V20 also comes with 4GB LPDDR4 RAM.

Here in the Philippine market, LG is bringing the V20 in two color variants: Titan and Gold.

The last but not the least, LG Philippines is selling the V20 for the price of PhP 35,990.

Stay tuned for the upcoming review of the LG v20 soon! 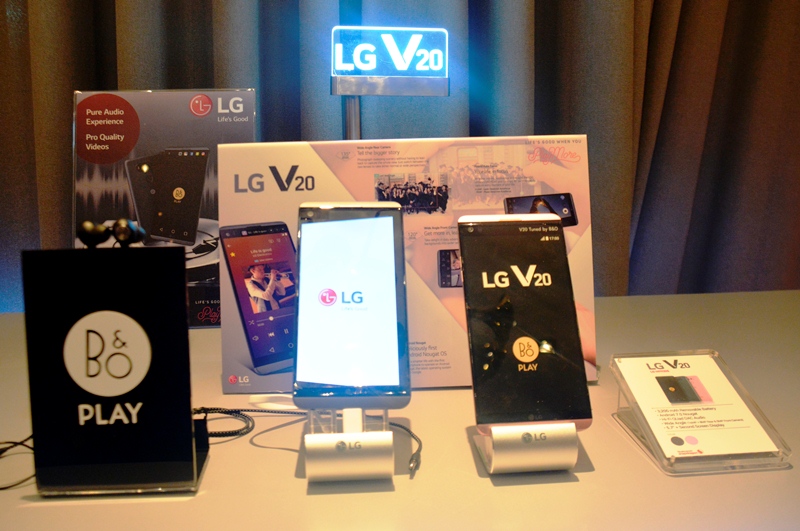