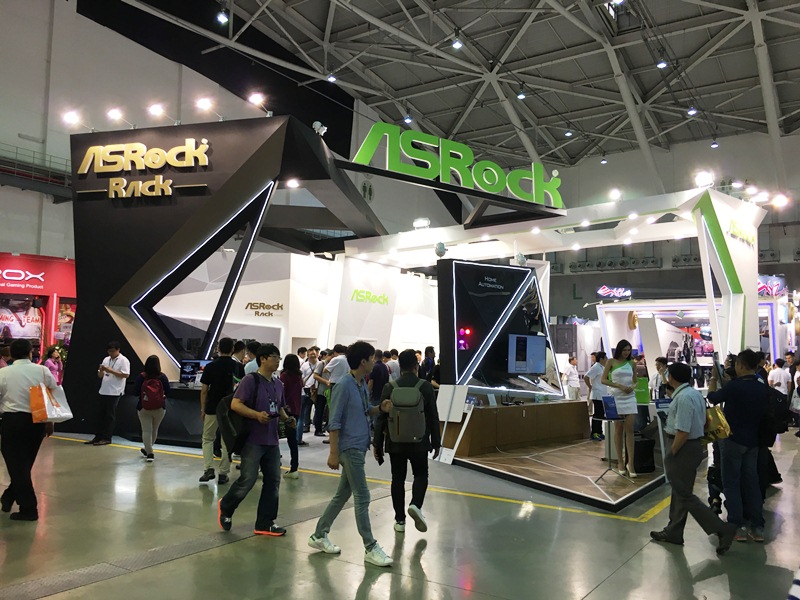 The headline of the day for motherboards during Computex 2017 is certainly focused on the Intel X299 chipset. Proving that point, ASRock’s booth carried a number of variations for the said chipset. 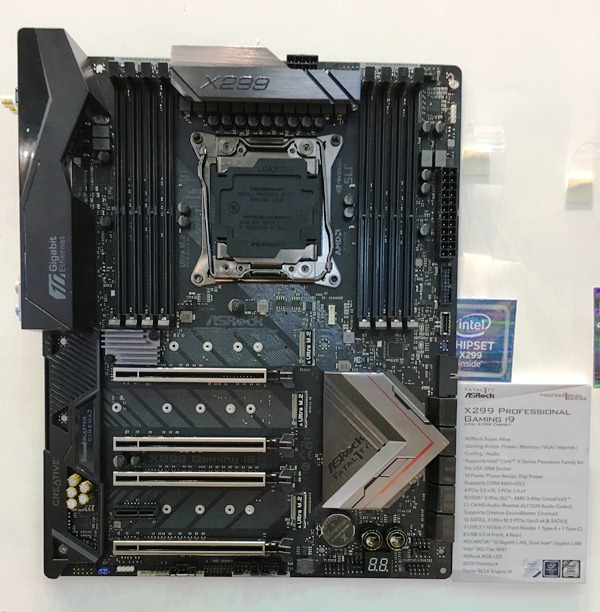 Beginning with the brand’s flagship offering, ASRock's Fatal1ty X299 Professional Gaming i9 is unquestionably teeming with options for expansion and connectivity, arriving with a total of eight DIMM slots that can support up to 4400MHz DDR4 when overclocked, ten SATA 6Gbps connectors, and eight USB 3.0 ports (4x front and 4x rear). Capable of supporting either a 3-way NVIDIA SLI or a 3-way AMD CrossFireX, the board also comes with three M.2 slots and three USB 3.1 connectors. Aside from having dual Intel Gigabit LAN and onboard Wi-Fi for networking, ASRock claims that it is the first board in the world to feature the Aquantia AQtion 10Gbps LAN solution. 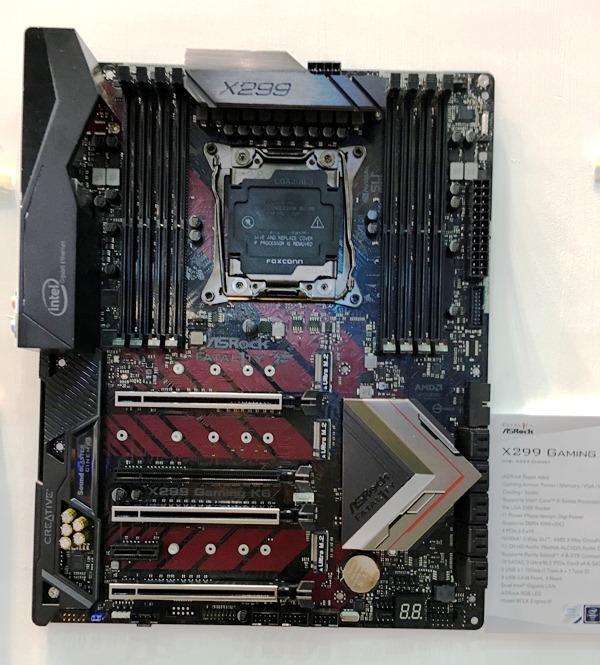 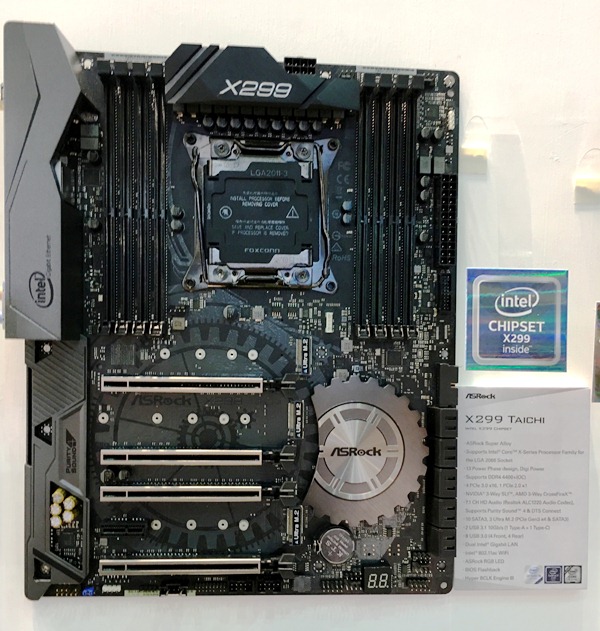 If you find the Fatal1ty X299 Professional Gaming i9 too intimidating (and possibly too expensive), ASRock’s X299 roster includes other motherboard options with less onboard features, but are as capable as the flagship model. To be specific, these are the Fatal1ty X299 Gaming K6, X299 Taichi, and the X299 Killer SLI/AC. There is also the X299 OC Formula which noticeably has less amount of DIMM slots (limited to four), but this is compensated with the board’s five PCIe 3.0 x16 slots that can support 4-way NVIDIA SLI or a 4-way AMD CrossFireX setup. 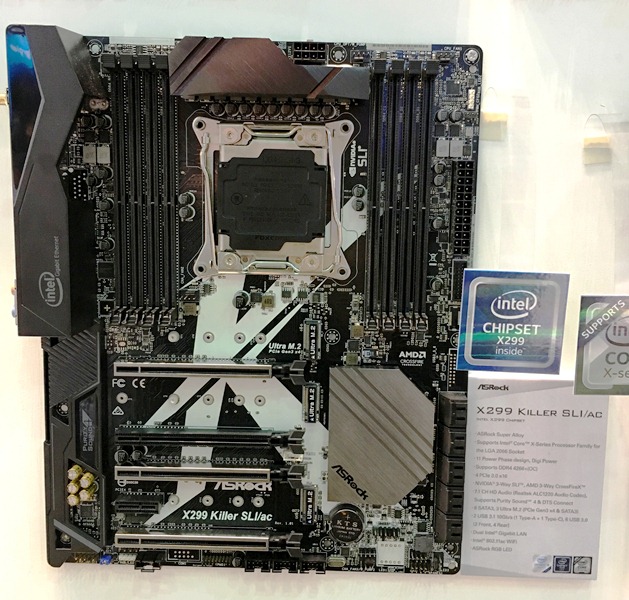 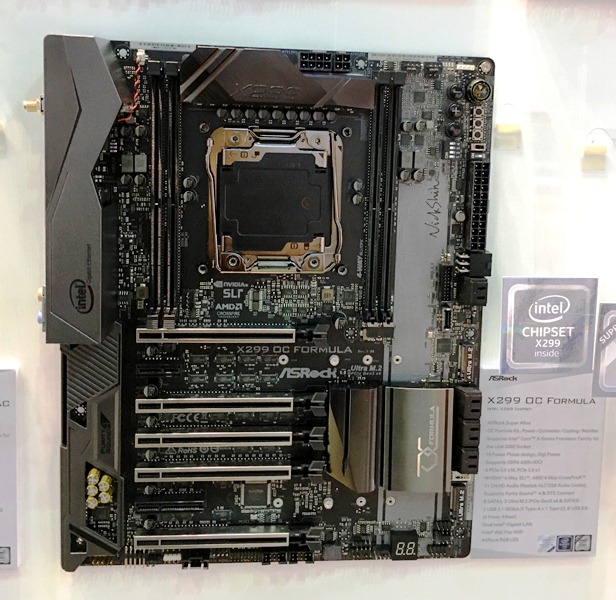 AMD is getting a fair share of attention at Computex with its X370 motherboards and Radeon RX 580 graphics cards, but one of the biggest revelations from its camp are the X399 motherboards, such as the ASRock Fatal1ty X399 Professional Gaming and the X399 Taichi. These boards can support AMD's Ryzen ThreadRipper processors that come with up to 16 cores and 32 threads on Socket TR4, quad-channel DDR4 memory modules, and a 4-way NVIDIA SLI or AMD CrossFireX multi-GPU setup. 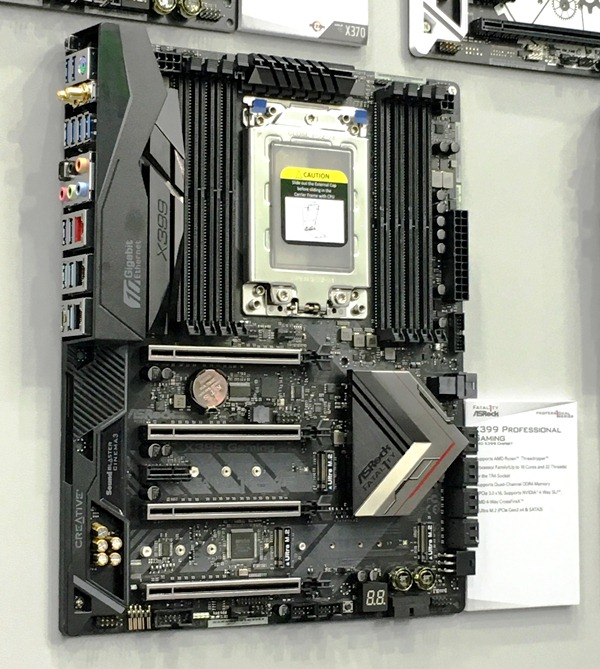 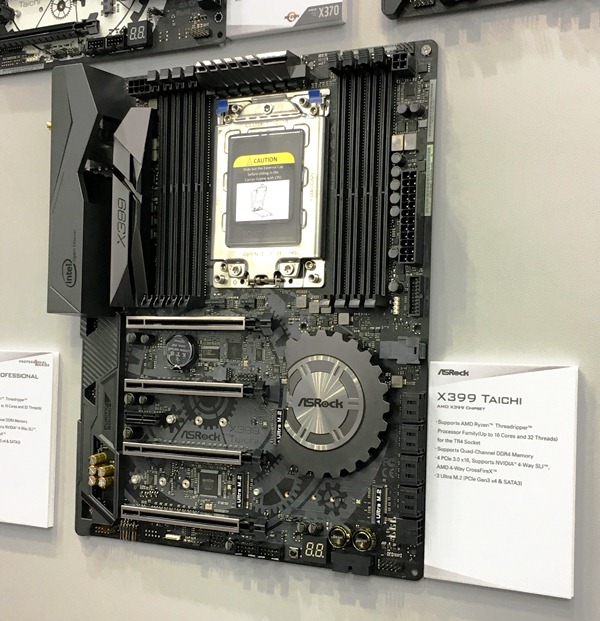 Adding more options for system builders who are planning to switch Intel X299, but doesn’t want to occupy too much space, ASRock is offering the X299E-ITX/AC. Ideal for small form factor (SFF) builds, this board has managed to cram in the key features of a full motherboard, except that it uses SODIMMs and is limited to a single PCIe 3.0 x16 slot for graphics expansion. In addition to six SATA 6Gbps and six USB 3.0 connectors, it also comes with M.2 slot, USB 3.1 port, dual Intel Gigabit LAN, and Wi-Fi connectivity. 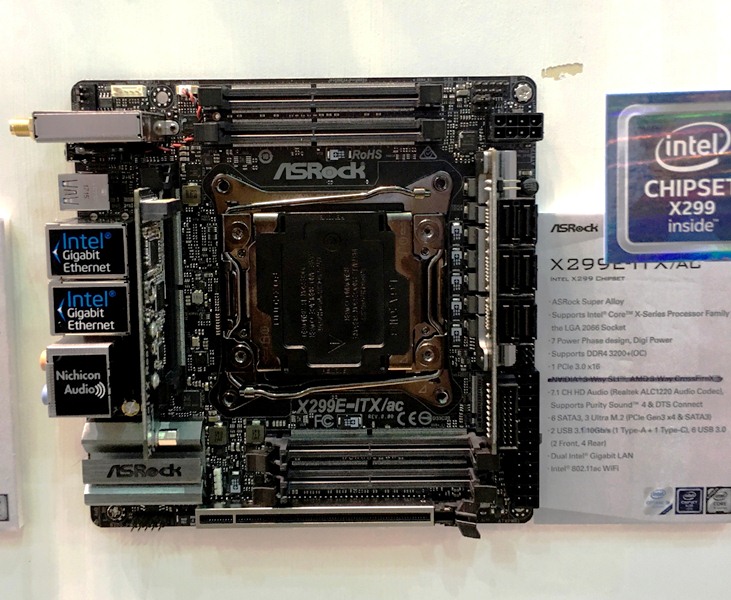 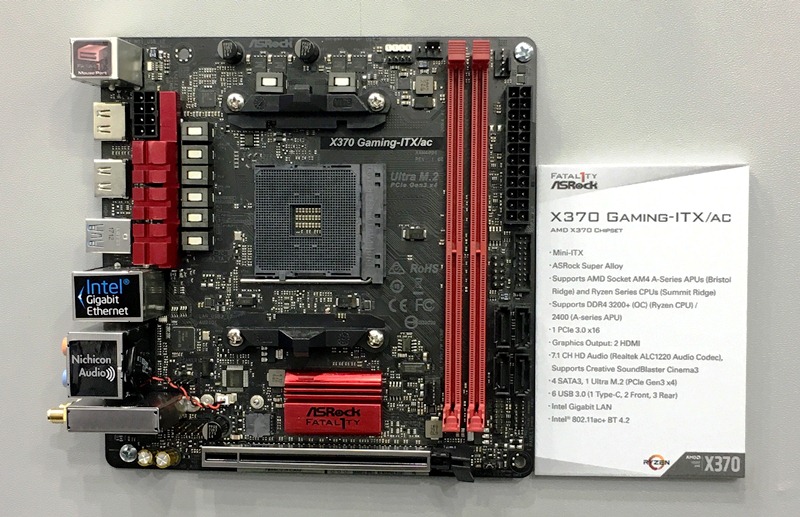