A New Era of Customer Satisfaction

ASUS ushers into a new stage in bringing satisfaction to consumers by putting emphasis on its latest campaign. During a dealers and media convention held at the Movenpick Hotel in Cebu, ASUS Philippines detailed Customer Happiness 2.0. Under this campaign, ASUS aims to delight consumers by introducing products that go beyond specifications and focus more on stimulating the human senses. 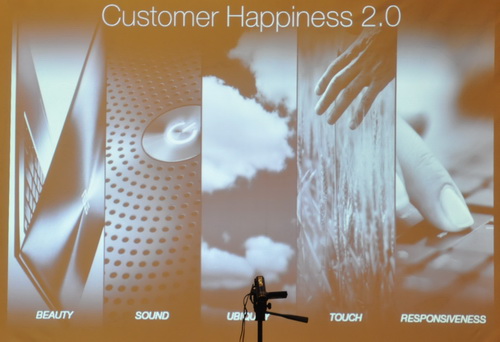 The five pillars of Customer Happiness 2.0 include Beauty, Sound, Ubiquity, Touch, and Responsiveness. To fulfill these pillars, ASUS has put up groups within its organization in which each group is specialized in researching and developing product characteristics that enhance user experience. 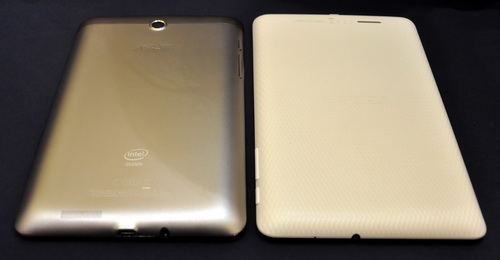 Starting off with the area of aesthetics, Beauty is obviously manifested in ASUS products like the Zenbook Ultrabook which highlights an ultrathin profile (3mm to 9mm thickness), metallic spun finish, and durable yet elegant aluminum shell. ASUS has extended the use of metallic materials as casing to other mobile devices such as tablets. 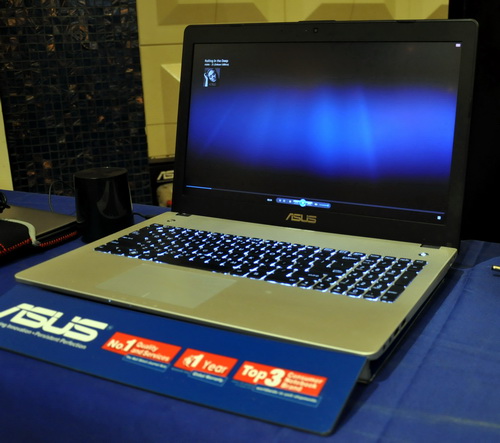 For years, sound has been one of the key focuses of ASUS in developing their notebooks and a proof of this is the company’s dedicated Golden Ear Team which helped in developing ASUS SonicMaster technology. Achieved by collaborating with Bang & Olufsen ICEpower, SonicMaster takes ASUS notebooks onto a new level of audio performance by making them produce crystal-clear sound, distinct vocals, more profound bass, and wider range. Apart from hardware enhancements, ASUS has also achieved better sound reproduction on notebooks and Ultrabooks by means of software optimization. Some examples include AudioWizard, an application that adjusts the device’s sound depending on the usage (gaming, listening to music, or watching videos), and MaxxAudio, a Grammy Award-winning professional-grade sound processing tool. 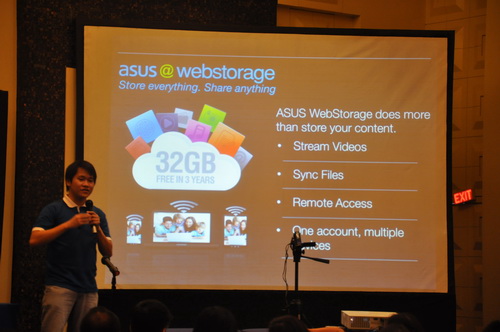 Ubiquity, as explained by ASUS, refers to the capability of devices to communicate with one another, allowing for the seamless transfer of content from one device to another. ASUS has achieved this by integrating cloud-based innovations such as WebStorage. An online storage, WebStorage enables users to remotely access and sync content through and among different devices. 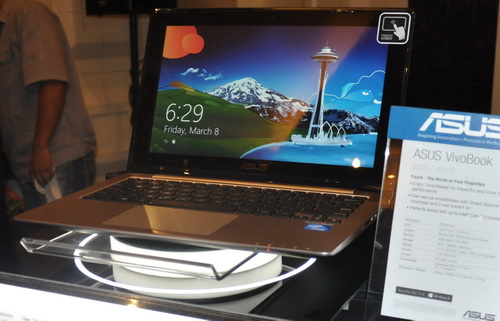 For Touch, ASUS has the Golden Finger Team which helped in achieving intuitive touch featured on ASUS tablets and convertible Ultrabooks today. A concrete example is the ASUS VivoBook which comes with a smaller actuator size of 6mm and a faster initial latency rating of 30ms, surpassing Microsoft’s standard of 9mm and 50ms, respectively. For Ultrabooks, ASUS has increased the surface area of the touchpad to make multi point touch and multi gesture input possible. In addition, the keyboard of ASUS Ultrabooks showcases a better layout. 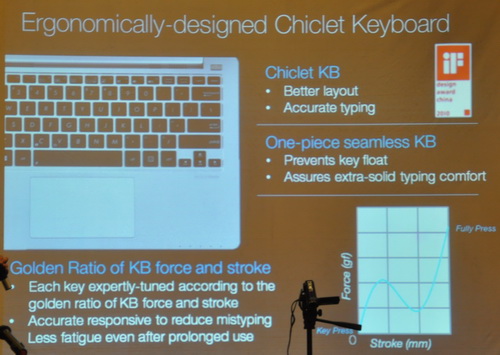 The last but not the least, Responsiveness is noticeable among ASUS’s notebooks and Ultrabooks which feature Super Hybrid Engine II. With this technology, mobile computers that leverage on it achieve a speedy 2-second resume time and a lengthy 2-week standby mode without resulting in data loss.

With Customer Happiness 2.0, ASUS is responding to the continuing trend wherein technology is no longer limited to some and it has become mainstream and a crucial part of people’s lifestyles. ASUS is giving us an assurance of delivering new products that satisfy consumers through aesthetics, audio, ubiquity, touch, and responsiveness in the coming months.