The mainstream Z170 motherboards bring back the 5-way optimization feature on ASUS’ Z97 boards, which enable features like one-click overclocking and quick optimization of system settings. Here's a short video overview of the highlights of this series:

The improved Turbo App is now capable of detecting your current use case – idle, gaming, or web browsing for example – and automatically activating the optimum settings so you get the right mix of performance and energy savings. 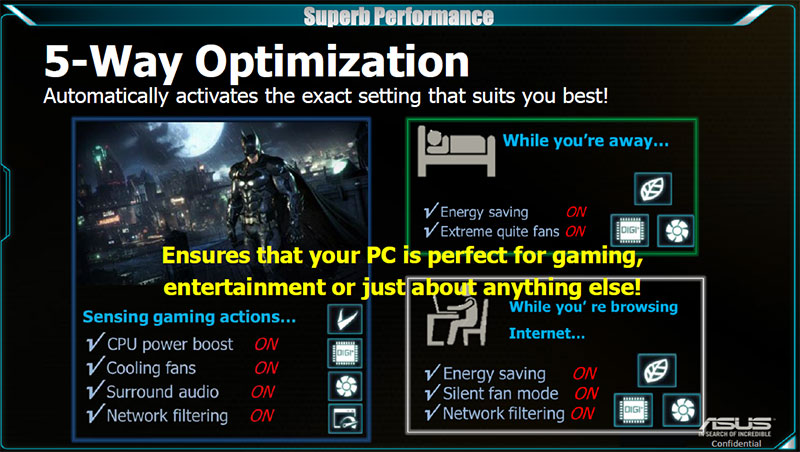 In addition, ASUS has upgraded its Fan Xpert 3 to include a dedicated header for water pump control. Users will be able to tweak the pump speed in both the BIOS and OS, and the header will function as a regular fan header as well. The overclocking features on the new boards have also received an upgrade in the form of ASUS TPU and Pro Clock technology, the latter of which provides the full overclock range to users and reduces jitter during extreme overclocks. It also enables a one-step BCLK boost from 100MHz to 400MHz, thereby cutting system boot up time. 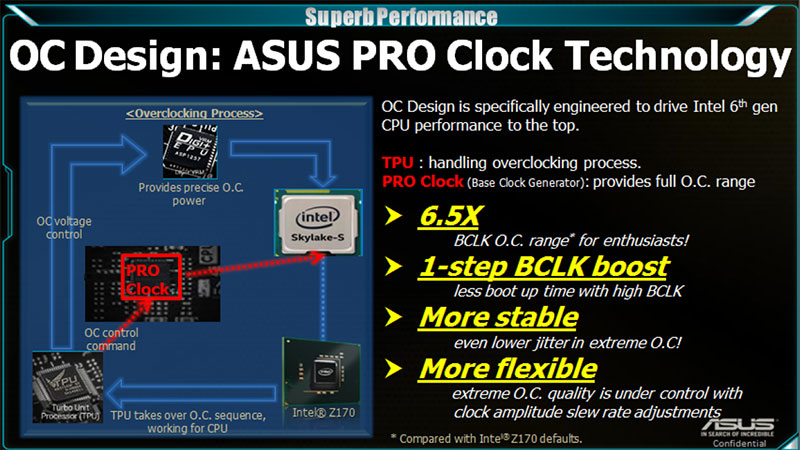 Furthermore, storage options get a boost with dual M.2 x4 support (all M.2 sizes) in the form of an onboard slot and a Hyper M.2 x4 mini add-on card. The add-on card can be plugged into any available PCIe slot and allows users to run RAID setups off their M.2 drives. The card will be bundled with the Z170-Premium and Z170 Deluxe boards, but it can be purchased separately as well. The ASUS Hyper Kit U.2-to-M.2 adapter will also bring support for U.2 NVMe 2.5-inch SSDs, which opens up support for even more RAID combinations involving a mix of U.2 NVMe, PCIe NVMe, and onboard M.2 devices. It should also come as no surprise that teal-colored USB 3.1 Type-A and Type-C ports will be found on the new boards, together with ASUS USB 3.1 Boost for an additional speed bump.

Finally, the UEFI BIOS gets an upgrade with EZ Flash 3, which lets you flash the latest BIOS without entering your OS at all. As long as you have an Internet connection, you can enter the BIOS, choose to flash your BIOS by Internet, select the right connection, and then wait while the update is flashed automatically. We can't stress enough how convenient this is as opposed to archaic methods of just a couple of years ago. 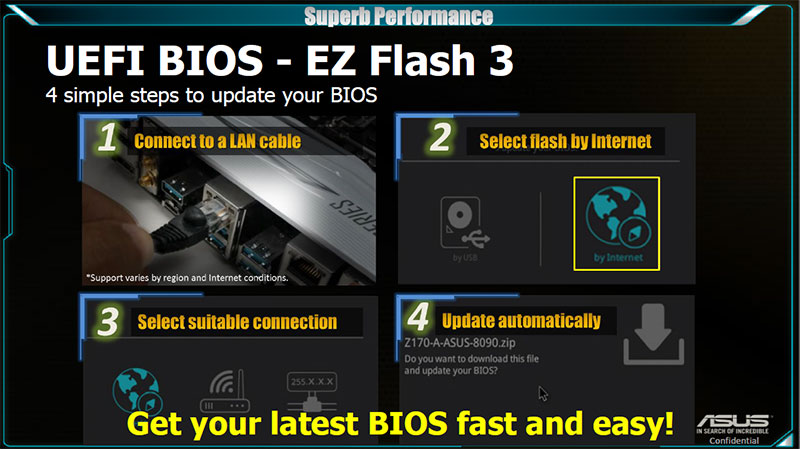 ASUS has further added intuitive user interface tweaks with an in-built FAQ and My Favorites list. The former calls up a QR code, which you can scan with your phone to get more information on a particular BIOS option. On the other hand, the My Favorite preset serves up popular options according to performance, power savings, and boot-related options.

To cap it all off, last year’s Crystal Sound 2 gets bumped up to Crystal Sound 3, featuring improved noise isolation, Japan-made audio capacitors, and a cleaner power input. It does this by eliminating power noise from the power supply to the audio controller, thus providing more consistent and better audio performance. 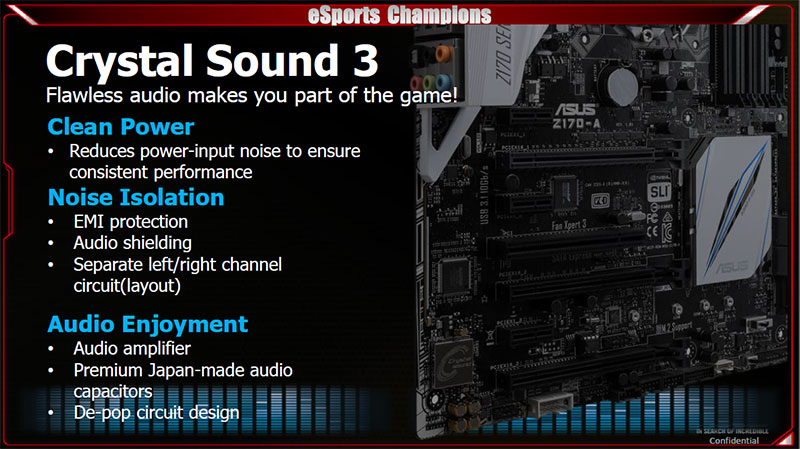 A new feature called Key Express – reminiscent of the Key Bot feature we saw on the Z97 ROG boards – lets you map shortcuts and macros (up to 16 keys) to buttons on your keyboard. This includes media key functions, one-click Windows log-on, and application launches. You'll also be able to do things like switch quickly between front and rear audio outputs and safely remove USB storage devices. ASUS has also thrown in lighting control on its new Z170 series boards, with support for 256 colors and a variety of lighting effects. You’ll even be able to set the lights in time with your music. The fancy new colors may even serve up some added utility as they can change colors according to the CPU temperature.

In addition to the features above, the ASUS Z170 Deluxe sports a 3x3 Wireless 802.11ac module that supports a throughput of up to 1,300Mb/s. 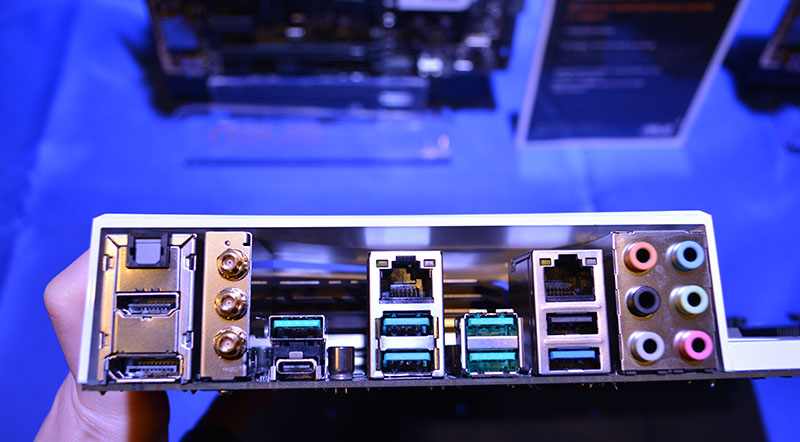 Other motherboards in the Signature series include the Z170-A and Z170-AR, which differ mainly by the number of display outputs they have (The Z170-A has additional DVI and VGA outputs). 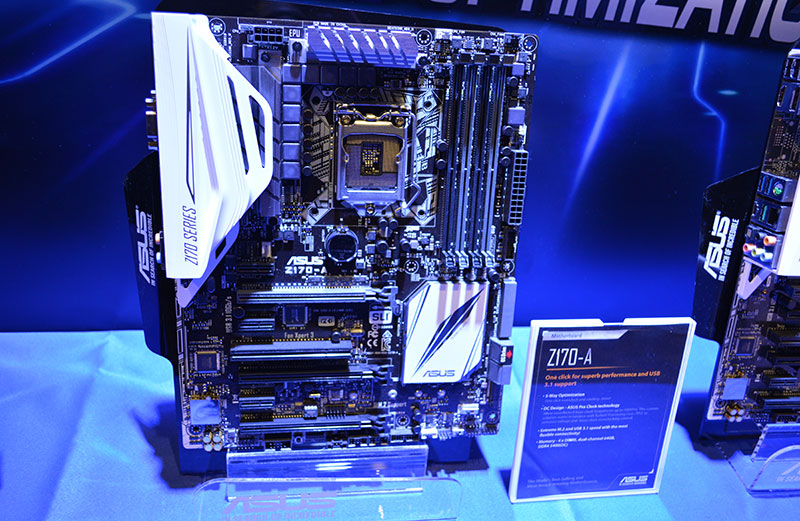