Biostar at Computex 2017: From boards to bitcoin mining machines

Biostar at Computex 2017: From boards to bitcoin mining machines 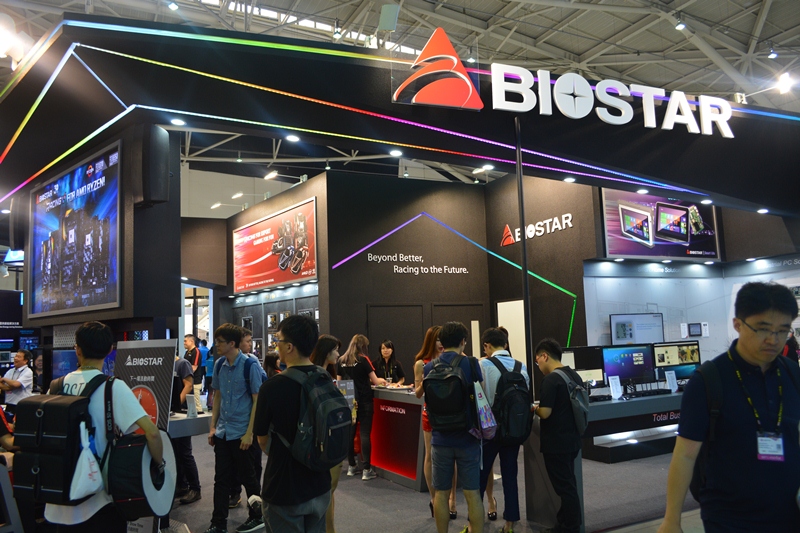 Racing to the future

Hopping on the bandwagon of Intel X299 announcements at Computex 2017, Biostar provided us a glimpse of its motherboards that make use of the said chipset. Biostar's hero product in this board category is the Racing X299GT9 which comes in an EATX form factor and is teeming with solid capacitors. It has a set of eight DIMM slots that can support DDR4 memory modules with speeds of up to 4000MHz+, seven PCIe slots (two x16, one x8, and four x4), and dual Intel Gigabit Ethernet ports. Rear USB connectors consist of the following: two USB 3.1, two USB 3.0, and four USB 2.0. On the storage front, it can support a variety of storage solutions with different form factors and buses with four SATA 6Gbps, two U.2, and M.2. 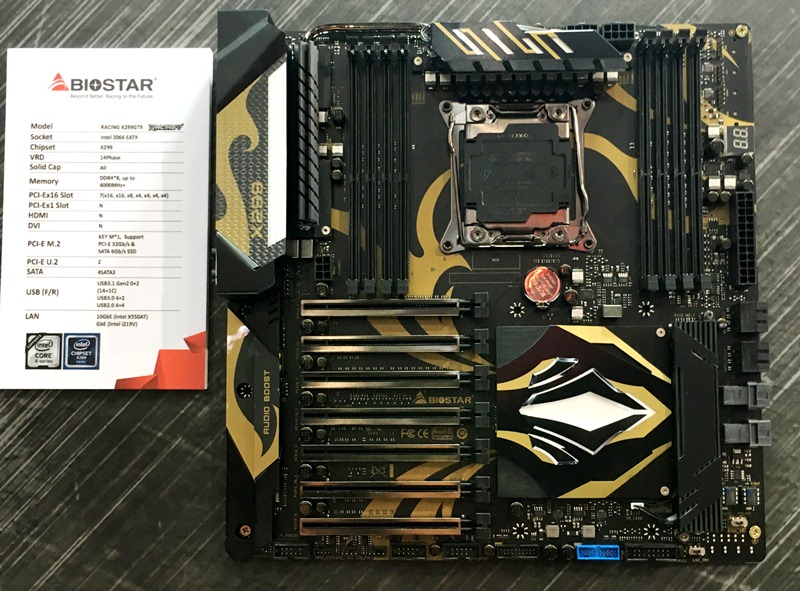 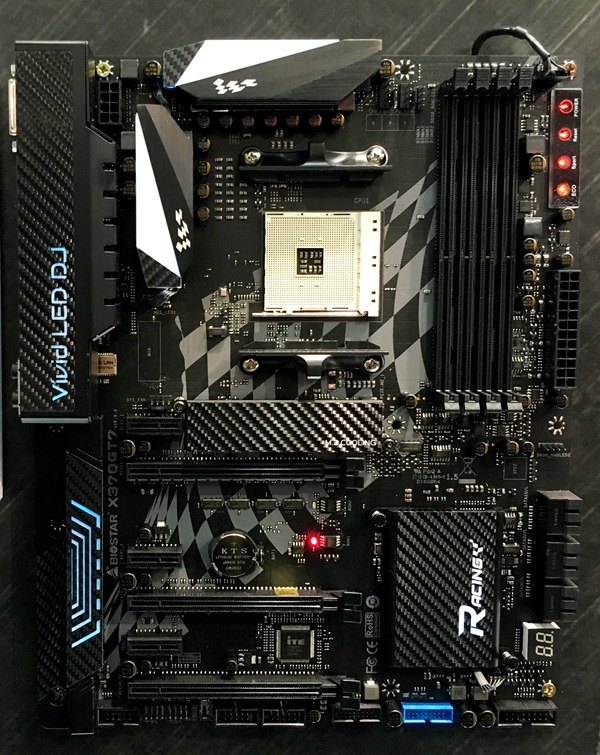 AMD power users who are roaming around Biostar's booth were also delighted to see various iterations of X370 motherboards. Leading the lineup is the Racing X370GT7 which sports an ATX form factor with four DIMM slots that support DDR4 memory modules clocked at 3200MHz, a Gigabit Ethernet terminal, and PCIe slots in the following arrangement: one x16, one x8, one x4, and three x1. Internal and external storage solutions are supported through the following connectors: six SATA 6Gbps, M.2, two USB 3.1 Gen 2, and four USB 3.1 Gen 1. Video connectors that are present include an HDMI 2.0 and a DVI-D. 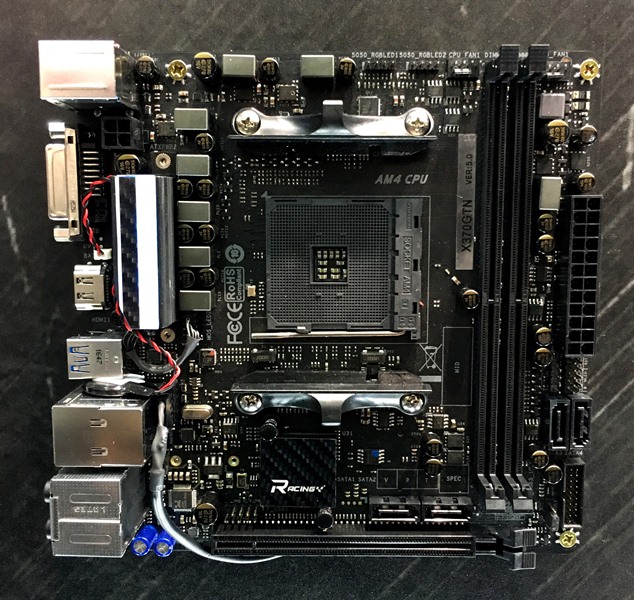 For small form factor (SFF) system builder, Biostar's motherboard option comes in the form of the Racing X370GTN which is also an X370 mainboard but in a mini-ITX format. In spite of its petite size, this board shares spec similarities with its ATX sibling, except that expansion is limited to just one PCIe x16 slot to accommodate a graphics card. 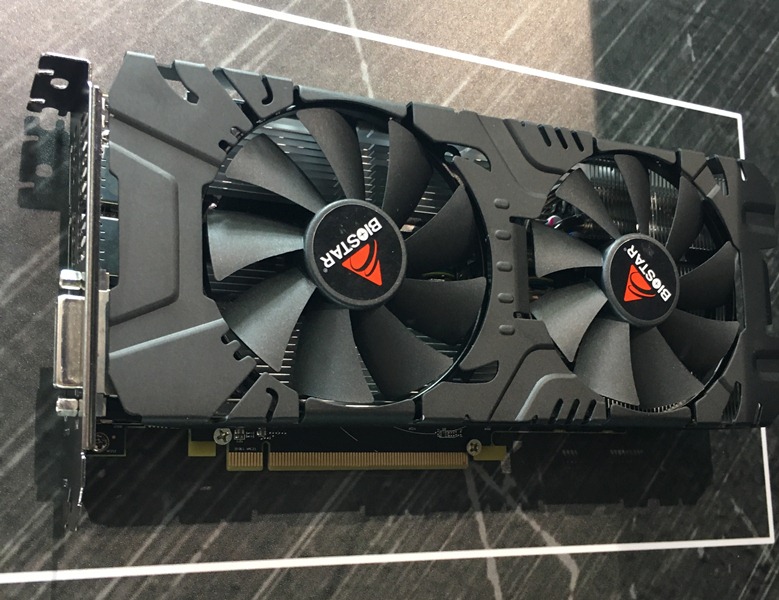 Speaking of graphics card, spotted at the booth was Biostar's rendition of the AMD Radeon RX580 graphics card which boasts a base clock at 1257MHz and a boost clock at 1340MHz, a total of 256-bit 8GB GDDR5 memory clocked at 8000MHz, and is equipped with DisplayPort, HDMI, and DVI as video outputs. 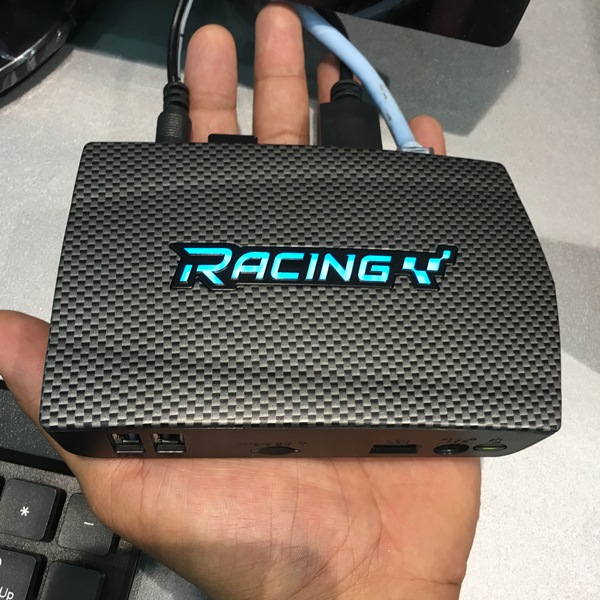 Biostar also showcased the Racing P1 mini PC which we reviewed in January as well as a bitcoin mining setup equipped with the TB250-BTC motherboard and a set of eight Radeon RX470 graphics cards. Other board manufacturers also had similar bitcoin mining machines in their booths and some claim that actual users of these systems are earning around USD 200-worth of cryptocurrency every week. 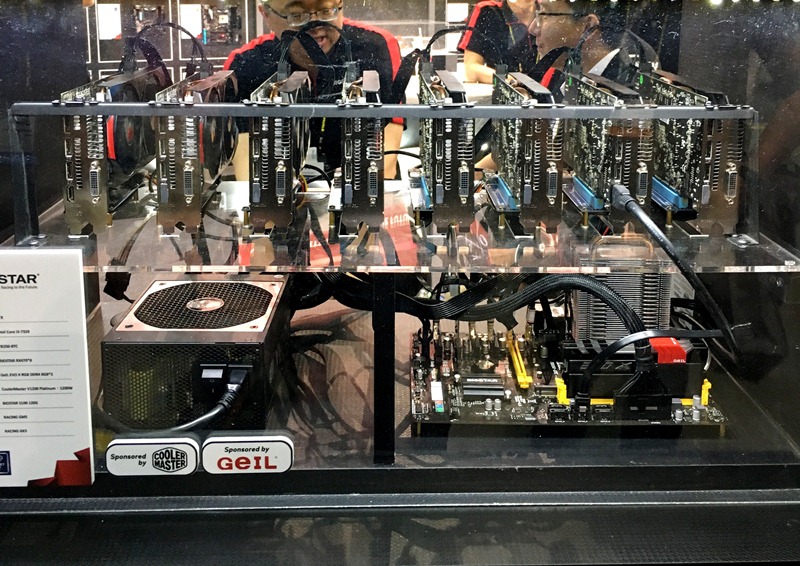