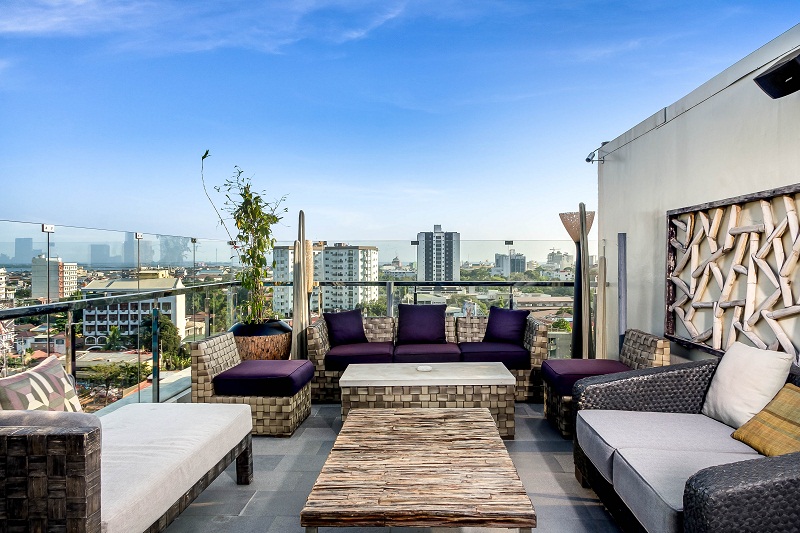 From zany to ZEN

Ten years ago, Nathan Boublil used to work as a receptionist in England. He was on the ground taking bookings, thus, he saw what goes on well and what goes on bad inside hotels. He also spent the past thirteen years travelling and saw the best and the worst travel experiences around the world.

“So if you realize inefficiencies on the supply side and then the lack of happiness on the demand side, then you realize that there is a market opportunity. Particularly in Southeast Asia, if you travel around the region, you will see so many budget hotels, yet will give you a dirty linen,” he added. 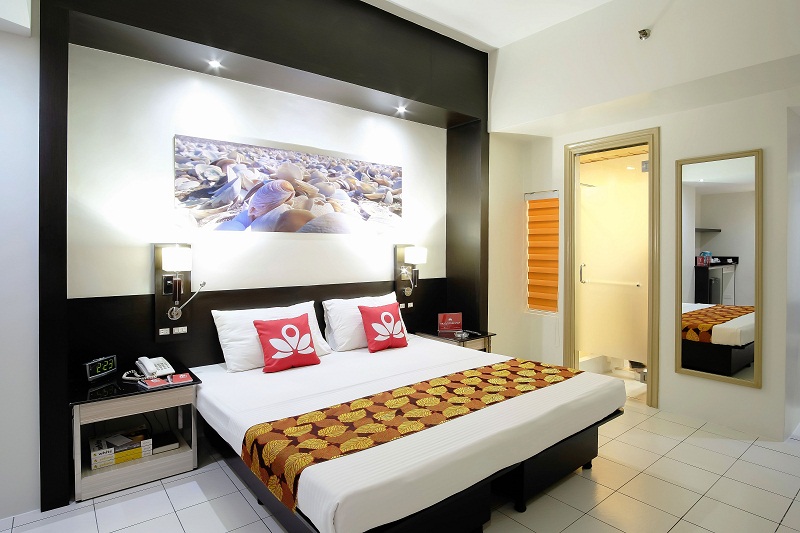 Thus the birth of ZEN Rooms

ZEN Rooms started when Boublil met with the founder of Foodpanda and the head of Rocket Internet in 2015. After analyzing the business opportunity, they decided to go ahead in July and went live by the end of 2015. Starting off in Jakarta as the first city, ZEN Rooms eventually expanded in Indonesia. Fast forward to the present, ZEN Rooms is now a Top 5 player in Indonesia’s growing hotel industry and the number one player in Bali. ZEN Rooms now has presence in seven other countries namely Brazil, Hong Kong, Malaysia, Singapore, Sri Lanka, Thailand, and the Philippines.

“We currently have 5,000 rooms on the website that we sell across Asia. All of the rooms have been quality-controlled by us. All of them are clean and comes with air conditioning, Wi-Fi connection, and in-room shower. We focus only on what really matters,” Boublil remarked.

The fastest growing Rocket Internet-backed company in Asia today, ZEN Rooms sees the Philippines as one of its biggest markets as it has been consistently filling the rooms all the time. At the moment, ZEN Rooms has a total of 102 room accommodations in six key areas, including Boracay, Cebu, Davao, Metro Manila, Pampanga, and Palawan. It is aiming to cover twelve cities by June this year. With plans to invest a lot in the Philippines, ZEN Rooms wants to enter the top three spot in the next six months and become the top player by early 2018. 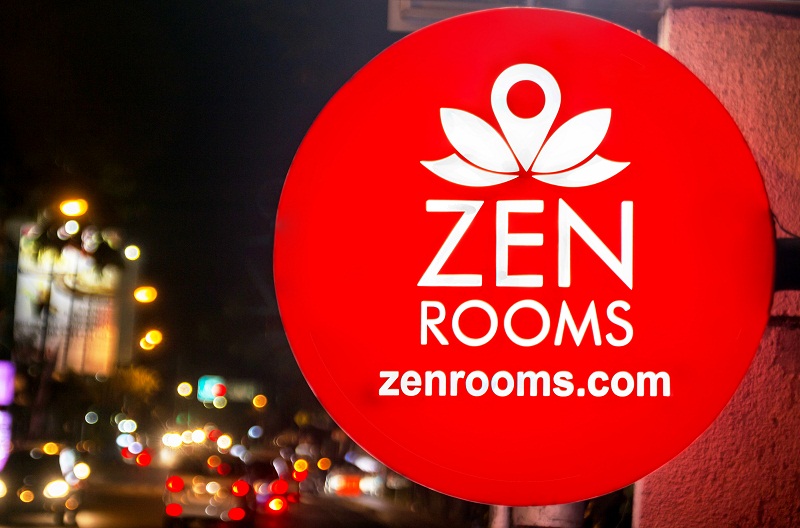 “We will build more and more of these especially in Manila. In terms of geographical expansion, we will go to Bohol and Northern Mindanao to really become the most present chain in the country. For public appearance, we’re going live on TV and do a lot of marketing on print. You’re going to hear a lot of ZEN Rooms this year,” Benjamin Nicolas, country manager of ZEN Rooms, added.

“There’s a big market problem in the hospitality market in the Philippines. The value for money in the Philippines is terrible. The price is so high. Relative to the wages and the cost of living in the Philippines, its hotel rates are higher than in Indonesia and Thailand. It has not been rationalized, thus, it should be disrupted. What do you need to disrupt, you need more players and alternative accommodations,” Boublil commented.

Seeing how hotel transactions in Southeast Asia remain unchanged for the past fifty years, ZEN Rooms is bringing an innovation that makes hotel operations less expensive, thus the price becomes more affordable for the consumers. Eliminating the 24-hour reception, which according to Boublil is unnecessary, ZEN Rooms allow customers to do self-check-in easily. The new version of the ZEN Rooms app also enables customers to order food and ask for a laundry service without making a phone call. 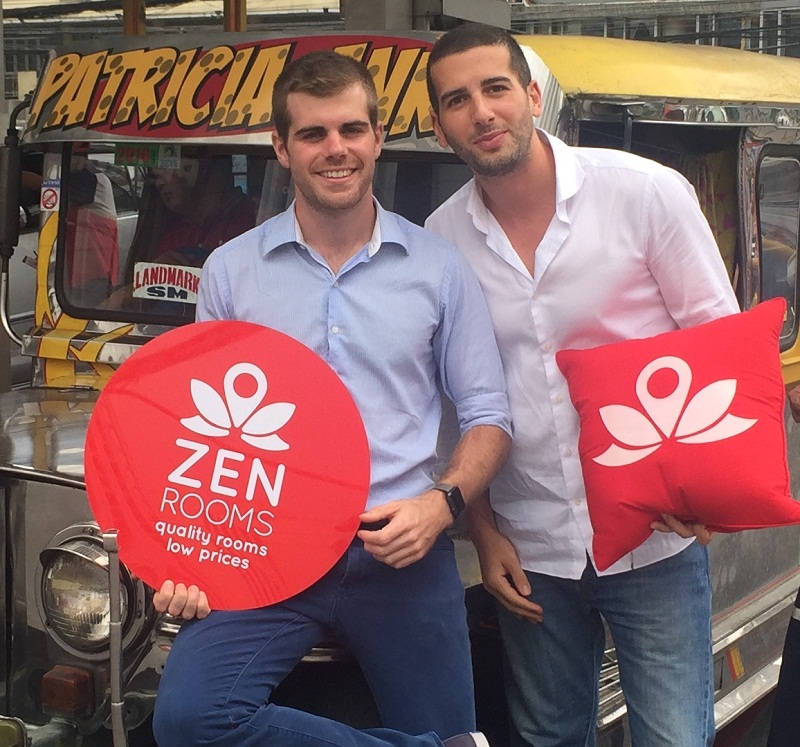 Manila and Jakarta are among the key cities in Southeast Asia that show dynamic hospitality and tourism landscape, but they are also among the top cities with the worst traffic based on an index released by Waze. Living in Jakarta and flying to Manila, Boublil saw that the traffic conditions in the two cities are really terrible. Many people see this as an obstacle in doing business, but Boublil sees things differently.

“I see that it will benefit us, because if you have traffic it means that commuting times are greater and it means that people are going to use overnight stays more. We have a partnership with Uber where we give special rates to their drivers, because the drivers can be very tired and so it will make more sense that they sleep in one of our rooms, instead of driving for hours. Not just for the drivers, but generally for the entire population, it’s an opportunity. It goes to our direction,” Boublil remarked.

With ZEN Rooms, most of the transactions happen online which means a credit card account is required. Knowing that credit card usage remains low in the Philippines, we asked Boublil if he sees this scenario as a hindrance for them.

“That’s why we started rolling out pay-at-the-hotel option. So by the end of the year, it will be available in all of our locations. We’ll constantly offer more options, so that there will be no friction there. ZEN in our brand symbolizes of what we actually do. ZEN is all about stress-free. You can go to different ZEN Rooms accommodations around the country stress-free because you know that you’re paying for the low price and the quality is guaranteed,” Boublil concluded.