Dominating the frontline: Tips to survive and thrive in Battlefield Hardline

Dominating the frontline: Tips to survive and thrive in Battlefield Hardline 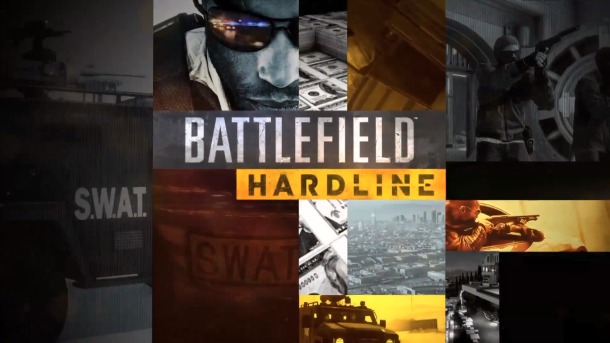 Battlefield Hardline is not your usual Battlefield game. In fact, it eschews conventional Battlefield tropes in favor of its cops vs. robbers theme. No longer are you part of a military force with access to a cache of military hardware. Now you're either police special forces (or agents) or criminals. If playing the beta has taught us anything, it's that knowledge is power.

The Changes:
Until we see the final maps in action we have really no idea where Visceral Games is taking the game. But we've played the beta (and so have you guys) and can talk about that instead. The beta came with three maps - Downtown, Bank Job and Dust Bowl. With the exception of Dust Bowl, maps in Hardline are smaller and in heavily urbanized areas with skyscrapers and buildings surrounding the players. So does that mean that huge wide open maps like those seen in Battlefield 3 and 4 are gone for good? Maybe, but this is EA so, they'll probably return as DLC at some point.

Beta modes:
Only Conquest mode from the older Battlefield games returned in the beta. If you're unfamiliar with this classic Battlefield mode, it requires players to control multiple points on a map and whittle down the tickets (each respawn costs a ticket) of their opponent. Hot Wire and Heist also made their first public appearance in the beta. Hot Wire is similar to Conquest, except this time, the points to capture are vehicles and players need to remain in control of them to gain an advantage and win. Heist is exactly what it sounds like. The criminals attempt to break into a vault and then extract three different money bags to three different escape points. It may have different objectives in other maps but we've never played on any other Heist map so we have no idea. The classes may have new names but they still fall into the old Battlefield archetypes:

Operator - Soldier
Run and gun specialist, can revive and heal.

Playing the beta, we noticed a few things that not many people seem to care about (or if they did, chose to ignore anyway). So we've decided to lay out some points to make sure that when the real game hits in March, you guys will be able to hit the ground running.

You need cash to get weapons and unlocks so it's in your best interest to get as much as possible. The easiest way (especially if you're a playing the Professional aka Sniper class) is to spot your enemies. Look up the spot button in the controller config if you're not familiar with it (it's bound to R1/RB on controllers). Spotting lets your whole team see the enemy on the mini-map and if the enemy is killed with the spotting effect still on him, you'll get money!

2 - Get the Grappling Hook or Zipline ASAP

Just like real life, it's hard to earn money but easy to burn it all in one go. Don't splurge, plan your purchases. If you're going to be playing a lot of sniping, get the grappling hook first. It allows you to climb to higher areas otherwise unreachable. If you're going to be rushing from point to point, the zipline will be invaluable. Bullet drop isn't much of an issue in Hardline as it was in past games. There is still bullet drop, but due to the small maps (unless you're playing on Dust Bowl), you don't need to lead or compensate much for bullet drop. It's usually enough to simply aim and shoot, especially if you're a sniper. If you're having trouble hitting your targets at range, invent in a better scope. The Professional's rifle's default scope is worthless for longer ranges, save your money and get a better one as soon as you can.

Leaning is an essential technique that most people ignore. If you're defending a chokepoint, lean instead of remaining prone or crouching. To do it, approach any cover until you get an indicator that tells you that you can lean. Press the aim button and you'll lean out, release it to get back into cover. 5 - Don't forget about the new grenades (Incendiary and Gas)

It may seem like a waste to buy grenades but if you're playing Heist mode a lot, those two are a life saver no matter what side of the law you're on. Incendiary burns the floor, causing heavy damage to anybody who runs on it while Gas makes the whole area poisonous, making it harder for your enemies to aim and causing them to receive more damage.

If you're having trouble piloting the helicopters in Dust Bowl, go into Options. Under Controls, change the Heli Sticks setting to Legacy, to make the controls easier and more arcade-like. That's it for our quick guide. We can't wait for March to get back to playing Hardline. We're not totally sold on the concept yet, but we're sure excited to see what's coming!