Back At The Apex

The Apex Lounge at the Seventh High in Bonifacio High Street became an exclusive venue once more for an event organized by the local distributor Iontech for one of their clients. Last month, the place hosted Sennheiser’s 20th anniversary bash. Last night, it was ECS’ turn to host a party as it marks its 25th year in the industry. 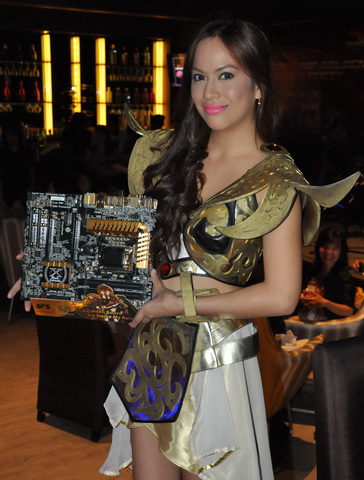 Apart from treating the guests with a night filled with food, drinks, games, and giveaways, the Taiwanese company took the event as an avenue to introduce its current range of motherboards. Heralding the lineup was the sparkling ECS Z77H2-A2X Golden Edition motherboard. Worth mentioning, the board is also the ultimate prize of our ongoing ‘Old for Gold’ contest that will conclude next week. Its relative Z77H2-AX is featured in a separate preview and roundup article of different Z77-based motherboards.

Other motherboards which ECS highlighted during the event include: 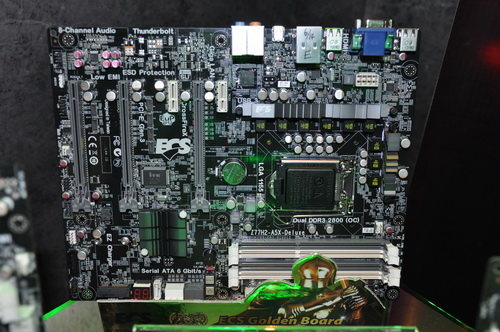 ECS’ first motherboard equipped with a Thunderbolt interface, the Z77H2-A5X comes with a triplet of PCIe 3.0 x16, a pair of PCIe 2.0 x1, and two PCI slots for expansion. Equipped with four dual-channel DIMM slots, the board can support speeds of up to 2800MHz when overclocked. On the storage front, this Z77-based platform is packed with two SATA 6Gbps, three SATA 3Gbps connectors and one mSATA 3Gbps interface. The rear connectors include a Gigabit Ethernet, 8-channel HD audio, two USB 3.0 ports, four USB 2.0 ports, one eSATA 6Gbps, VGA, and HDMI for video output. An ATX motherboard, the Z77H2-A5X measures 305 x 244mm. 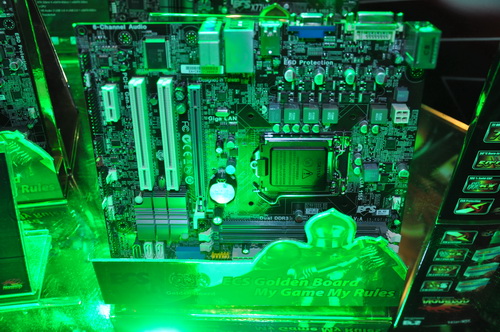 Standing out from the pack, the B75H2-M3 is based on the Intel B75 Express chipset which is primarily designed for energy-efficient business computing systems. Looking at the board’s layout, it has a PCIe 3.0 x16, one PCIe x1, and a pair of PCI slots. Its pair of dual-channel DIMM slots can support up to 16GB DDR3 at 1600MHz clock when coupled with an Ivy Bridge processor. The board also comes with a PS/2 keyboard-mouse combo port, VGA, DVI, HDMI, two USB 3.0 ports, audio jacks, a SATA 6Gbps, and two SATA 3Gbps connectors. Assimilating the mATX form factor, the B75H2-M3 measures 244 x 200mm. 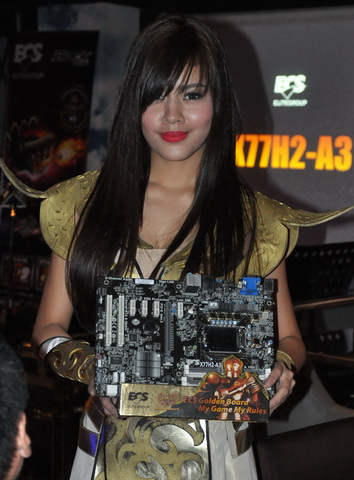 An ATX motherboard measuring 305 x 210mm, the Z77H2-A3 is equipped with one PCIe 3.0 x16 slot together with four PCIe x1 and two PCI slots. The board can support 32GB DDR3, thanks to its four dual-channel DIMM slots. For storage and connectivity, it packs four SATA 3Gbps, two SATA 6Gbps, six USB 2.0, two USB 3.0, VGA, DVI, HDMI, a PS/2 keyboard-mouse combo port, audio connectors, and a Gigabit Ethernet based on a Realtek chip. 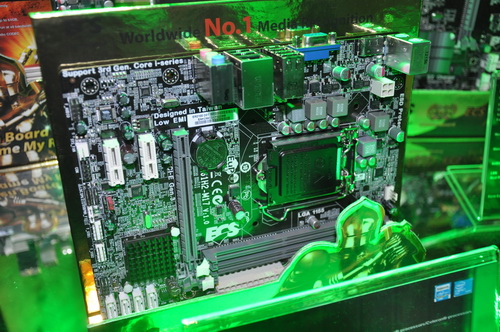 Based on the older Intel H61 Express chipset, the H61H2-M17 comes with a PCIe 3.0 x16 slot and two PCIe x1 slots for expansion. It can support up to 16GB DDR3 with its two DIMM slots and has for SATA 3Gbps connectors for storage. An appropriate platform for a cost-efficient yet complete desktop system, the H61H2-M17 has six USB 2.0 ports, VGA, HDMI, Gigabit Ethernet, PS/2 keyboard-mouse port, and audio connectors. An mATX motherboard, it measure 225 x 170mm. 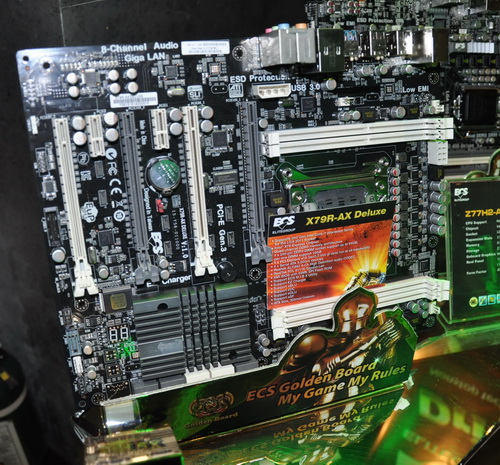 While sporting a tamer appearance compared with the gilded Z77H2-AX Golden Edition motherboard, the X79R-AX Deluxe is actually a powerful platform based on the Intel X79 chipset. A suitable board for Intel’s top-end Sandy Bridge-E processors, the X79R-AX Deluxe comes with four quad-channel DIMM slots that can support 64GB DDR3 and is equipped with four PCIe 3.0 x16 slots. An ATX motherboard (305 x 244mm), it is among those we featured in this X79 showcase. 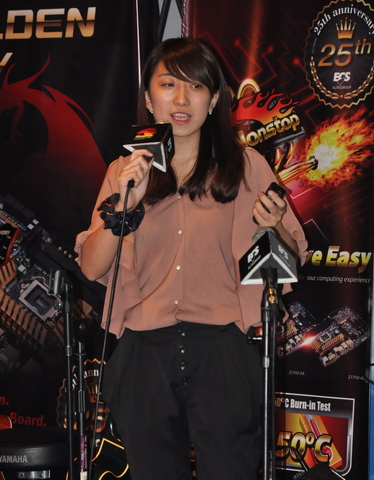 Besides introducing (and reintroducing) their motherboard offerings, ECS also emphasized the methods and technologies that are featured on its platforms. The first of these is the use of 15u gold contacts which help in reducing the bad effects of oxidation, heat, and abrasion, resulting in longer lifespan, enhanced reliability, and better contact between the motherboard and components like the processor, memory modules, and graphics cards.

ECS also highlighted that its motherboards undergo Super Marathon 3x Stability testing. Before leaving the manufacturing facility, ECS boards go through 72 hours of rigorous, military-level testing, which actually exceeds the normal 24-hour testing period. ECS motherboards are also subjected to Sahara Severe Test, in which they are tested in an environment where the temperature is 125% higher compared with the traditional industrial standard. 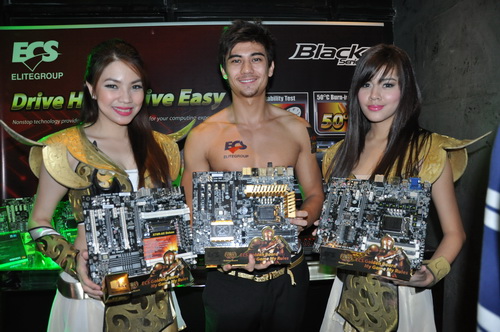 Still on onboard components, the combination of Apachi Long-Life capacitors and Hyper Alloy Chokes helps in enhancing the mechanical strength, heat protection, corrosion and oxidation resistance of ECS motherboards. Compared with regular solid capacitors, Apachi Long-Life capacitors boast six times longer lifespan, are thrice reliable, 10% cooler, and a thousand times better in terms of conductivity. Hyper Alloy Chokes, on the other hand, are capable of enduring extreme temperatures (-55°C and 140°C and are 150% more stable and 30% more energy-efficient than regular chokes, a matter which is relevant when a PC is being overclocked or going through a demanding process. ECS motherboards are also resistant against electromagnetic static, thanks to their use of NASA-level Thor Ultra Protection diodes and capacitors.