At the activity area of the Annex in SM City North EDSA, local brand Starmobile intensified its presence in the local mobile scene by showcasing it new and upcoming models of smartphones and tablets. The affair coincided with the opening of the Starmobile concept store which was led by the company’s executives and its product endorser Vice Ganda. 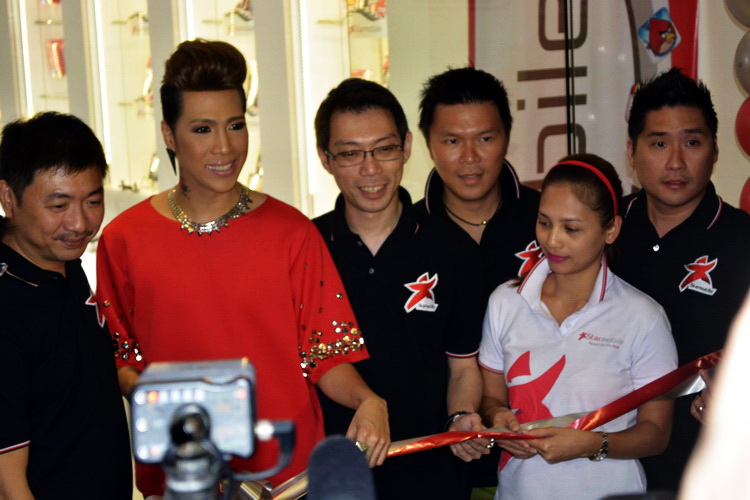 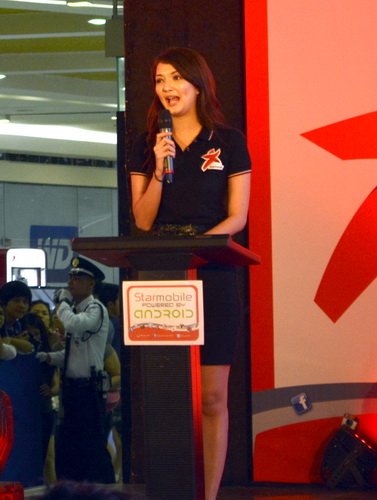 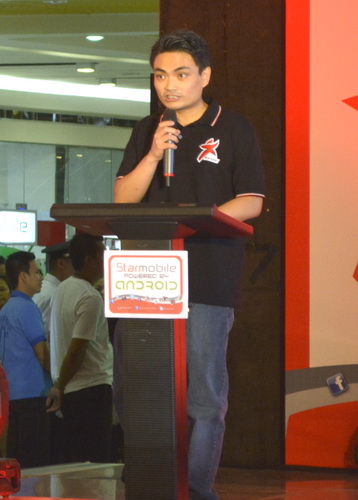 Making the event more exciting, Starmobile launched The Star Trade Up Promo which offers up to PhP 3,000 trade in value for any working, non-working, or used phone from any brand. To avail of the big discounts on the Astra, Crystal, Flirt, and the Engage 9 tablet, interested parties must trade in their handsets at the Starmobile Concept Store in SM City North EDSA Annex until June 2, 2013. 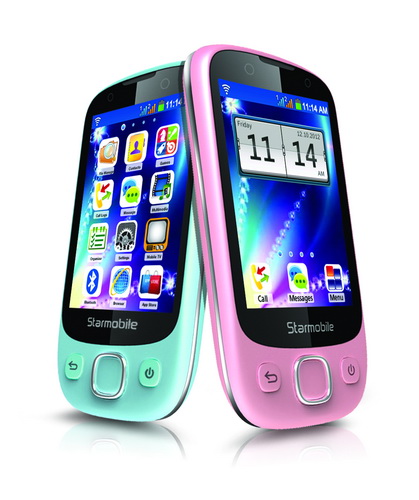 Arriving in three pretty colors, the FeatureSmart Mini is a timely offering for students who are looking for an affordable yet feature-laden handset. This feature phone which integrates some characteristics of a true smartphone features a 2.8-inch touchscreen, mobile TV, FM radio, and wireless options like Bluetooth and Wi-Fi. This phone is also preloaded with classic games like Contra, Super Mario, and Tetris. Price: PhP 1,890 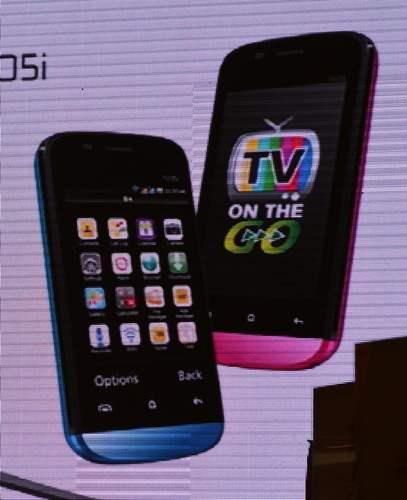 A larger relative of the Mini, the FeatureSmart T605i has a larger 3.5-inch display but offers the same set of features and functionalities. Having a battery module with larger capacity, the T605i boasts a lengthy battery life that can last up to 250 hours. Price: PhP 2,390 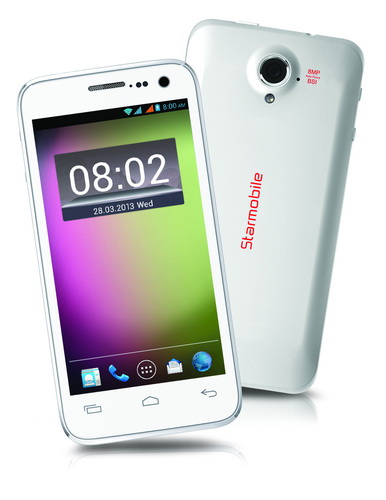 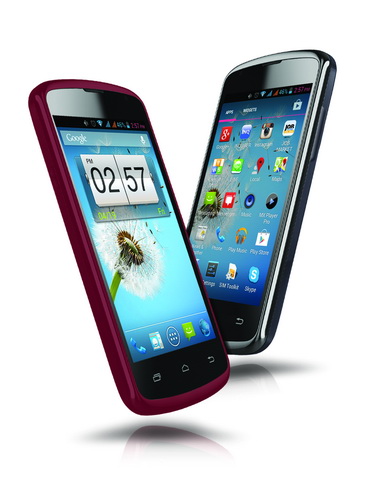 Another smartphone running on Android 4.1 (Jelly Bean) OS, the Jump sports a 4-inch touchscreen, 5-megapixel camera, and is powered by a 1GHz dual-core processor within. A relevant offering for fresh college graduates, the Jump is pre-installed with the JobsDB application. Price: PhP 4,990 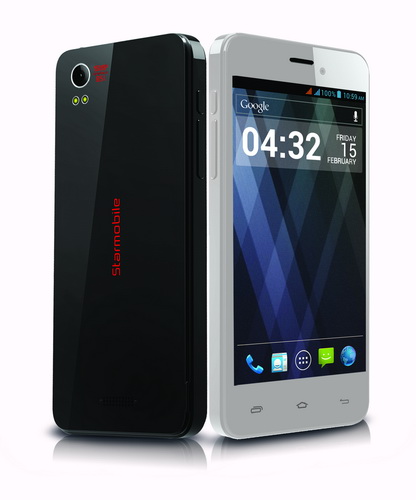 The upcoming Knight touts a 4.7-inch touchscreen that is protected by a tenacious layer of Gorilla Glass panel. Tipped as the lightest and thinnest dual-core dual-SIM smartphone, the Knight integrates an 18-megapixel BSI main camera coupled with an 8-megapixel shooter in front. Powered by a 1.2GHz quad-core chip, the dual-SIM, dual-3G Knight fluidly runs on Android 4.2 (Jelly Bean) OS. Price: TBA 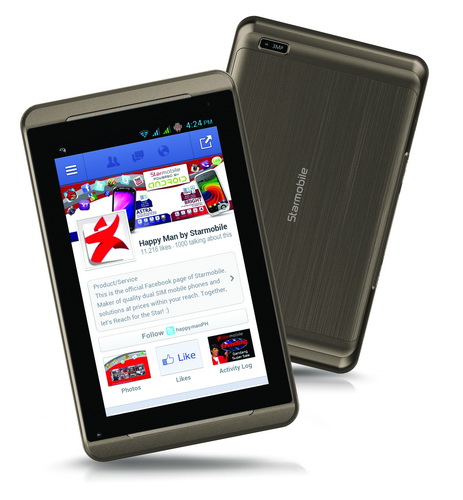 Starmobile’s new contender in the tablet space, the Engage 7, as what its moniker suggests, has a 7-inch touchscreen. It runs on the responsive Android 4.0 (Ice Cream Sandwich) tablet and is equipped with a 3-megapixel main camera and a VGA front-facing camera. In addition to Wi-Fi, the Engage 7 has a USB connector that supports 3.5G USB dongles. The tablet also integrates a 1GHz processor, coupled with 512MB RAM, and 4GB onboard storage that is 32GB expandable through microSD. Price: PhP 4,390 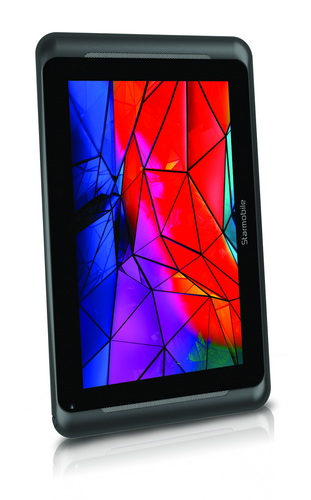 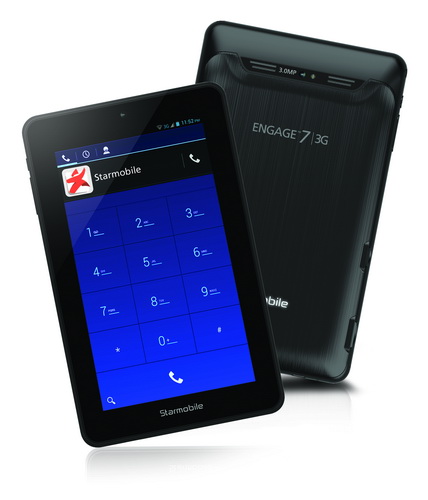 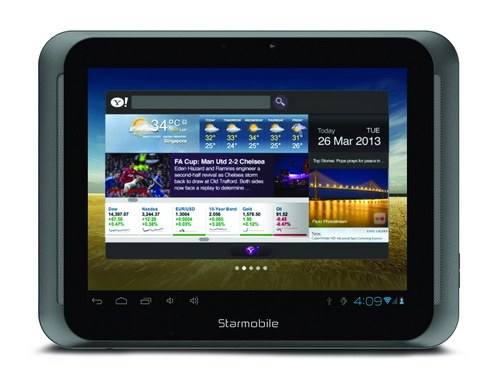 Dwarfing its 7-inch relatives, the Engage 8 comes with a larger 8-inch touchscreen fitted with an Asahi glass panel for scratch resistance. The Engage 8 runs on the latest Android 4.1 (Jelly Bean) OS with streaming television feature, 4GB internal storage (expandable up to 32GB via microSD), HDMI port, 8-megapixel main camera with 2-megapixel front-facing shooter, and a dual-core processor clocked at 1.5GHz coupled with 1GB RAM. It also has a 5000mAh battery module for long stamina. Price: TBA 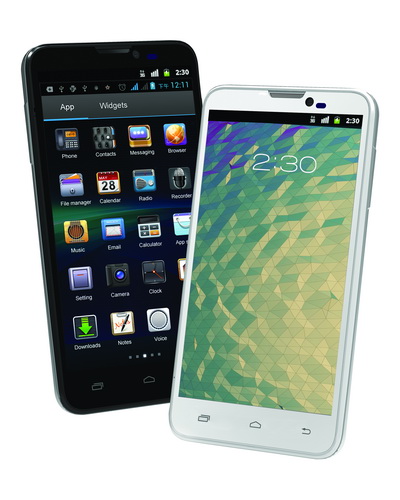 Heralding Starmobile’s entry to the phablet war, the Diamond V3 boasts a large 5.3-inch touchscreen and a 12-megapixel BSI main camera coupled with a 2-megapixel front camera. Like the Icon, the Diamond V3’s display is also layered with the “Dragontrail” glass panel for enhanced protection. Within the powerful smartphone lies a Qualcomm Snapdragon MSM8225Q chipset with a 1.2GHz quad-core processor. Price: TBA 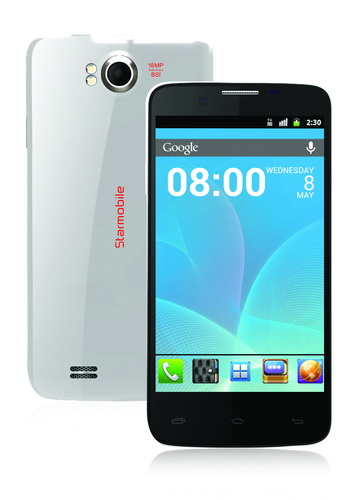 Billed as the thinnest dual-SIM phablet, the Diamond V7 comes with a 5.7-inch touchscreen but with a high pixel density of 257ppi. Beating within the V7’s thin confines is a 1.2GHz quad-core processor that makes the device run fluidly on Android 4.2 (Jelly Bean) OS. In terms of imaging, the V7 boasts an 18-megapixel BSI rear camera and an 8-megapixel shooter in front. The phablet’s ample display is also protected by the Dragontrail glass panel for scratch resistance. Equipped with a 2600mAh battery module, the V7 promises to deliver long stamina. Price: TBA