We have said this before but it bears mentioning again. Vertical integration can lead to tremendous benefits, especially in the SSD business. What we mean by a truly vertically integrated SSD manufacture is one that makes its own NAND chip, builds its own controller, and design its own firmware. As of now, there are only a handful of SSD manufacturers and SSD designs that can claim to being truly vertically integrated and Samsung happens to be one of them.

Being vertically integrated means it can have access to the best NAND chips; better cost savings;  a proprietary controller that has been designed specifically for their own NAND; and firmware that leverages on the benefits of their own controller and NAND while mitigating their shortcomings. And this is clearly illustrated by the stellar performance of the SSD 750 Evo. 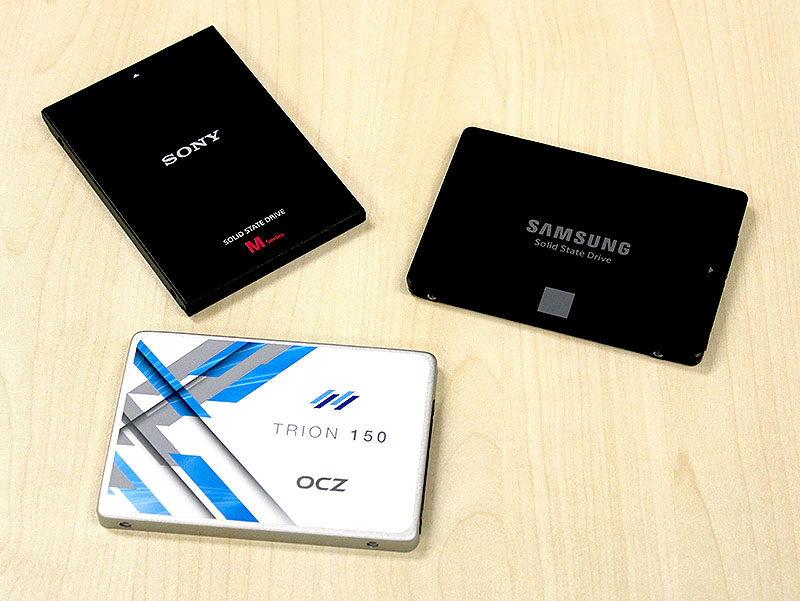 Samsung has poured their SSD expertise into the SSD 750 Evo, and it was easily the top performing drive of the trio. This is impressive especially when you consider that it has only half the capacity of the other two drives.

Now owned by Toshiba, OCZ is one of the few vertically integrated SSD manufacturers and is one of Samsung's biggest rivals. But if reports of the Toshiba TC58 controller being a variant of the Phison S10 controllers are true, then the Trion 150 isn’t designed completely in-house in the same sense as the SSD 750 Evo. And this could also explain its pretty lackluster performance. Even so, credit must be given where it is due, and the Trion 150 does seem to be quite significantly faster over the older Trion 100. That said, we do wonder how much of the improvement is due to the larger capacity tested.

But perhaps what’s most surprising of all is the Sony SLW-M SSD. The SLW-M put in a respectable shift and was quite competitive in most scenarios and even handily bested its competitors in some benchmarks and workloads. There isn’t much to criticize about its performance and it’s a really decent performing drive.

Despite the SSD 750 Evo’s impressive performance, it is mostly price and features that determines whether an entry-level drive makes or breaks. After all, how many casual users can appreciate a 20% advantage in 4K read and write speeds? Now let’s take a look at the table to see how the drives match up in terms of pricing and features:- 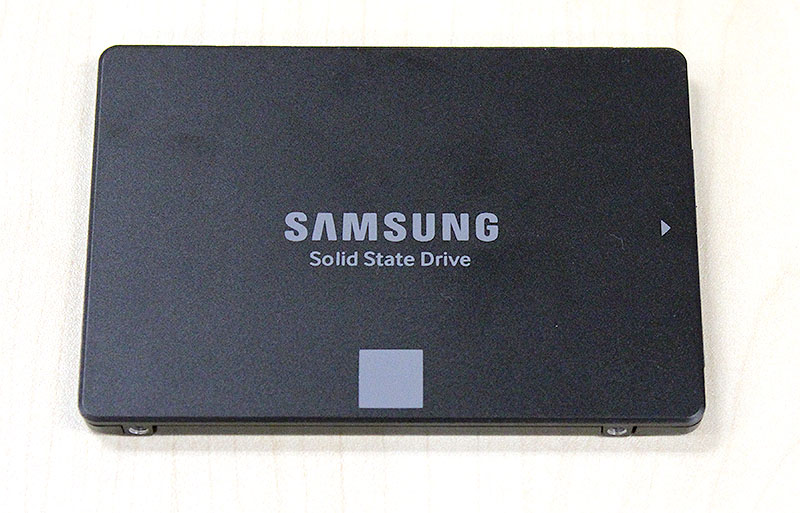 The Samsung SSD 750 Evo is an extremely capable performer and is a testament to Samsung's proficiency in designing fast SSDs. It is easily the best performing drive, despite the capacity disadvantage, and only shows its limits on more intensive workloads when compared against its more illustrious SSD 850 Evo sibling. And even though it costs more than the most affordable entrant in this shootout, we think the premium is well justified considering its features such as support for hardware encryption and Samsung's RAPID mode which further boosts performance. In many ways, the SSD 750 Evo can be thought of as a cheaper version of the SSD 850 Evo, with only one major downside which is its pretty poor rated endurance of 70TBW for the 250GB variant reviewed here. However, remember that this still translates to about 60GB of writes per day, which is more than sufficient even for enthusiasts. As such, the SSD 750 Evo is our winner for this shootout.

Though the OCZ Trion 150 is the poorest performing drive and offers the least in terms of features and accessories, it makes up for it with its very attractive price tag. It's very competitively priced and is one of the most affordable drives in the market today. And then there's also OCZ's excellent ShieldPlus warranty program, that aims to reduce the hassle of drive replacements and also shows just how confident OCZ is of their drives. Overall, it's an excellent entry-level price and should prove to be the most attractive to casual users whose main aim is to enjoy the performance benefits of flash drives, and don't care too much for higher level of features and performance.

The Sony SLW-M series is a surprisingly addition to the SSD market, and it is also a solid entry-level SSD that offers very respectable all-round performance. Unfortunately, because of the nature of the SSD market, Sony cannot afford to price it as aggressively as its competitors and so it ends up as being the priciest of the trio. And without any key feature that could distinguish it from the competition, we find it hard to recommend it over the OCZ Trion 150 (price) or Samsung SSD 750 Evo (performance).