CrystalDiskMark is an easy-to-run and quick utility to use to gauge a drive’s performance. It measures sequential read and write performance and random read and write speeds of random 4KB and 4KB (queue depth 32) data.

On CrystalDiskMark, the three drives were quite evenly matched. In terms of sequential read and write speeds, the OCZ Trion 150 was the leader, but only by a very slight margin over the Sony SLW-M. The SSD 750 Evo was handicapped by its smaller capacity, but it still managed a very respectable performance.

As for 4K read and write speeds, the SSD 750 Evo came in first, but again, the margins wasn’t that great. Though it must be noted that the Sony SLW-M’s 4K write performance was quite poor as it was the only drive to go under the 100MB/s mark.

The SSD 750 Evo was the top performer on the demanding 4K, 32 queue depth workload, but it was only about 8% faster than the other two drives, which isn’t a lot. 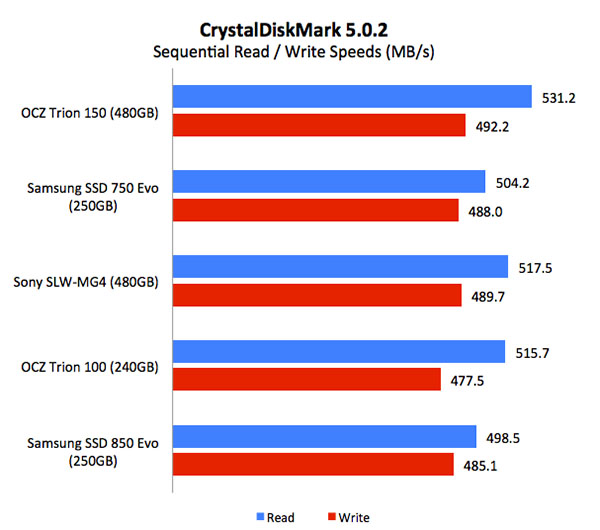 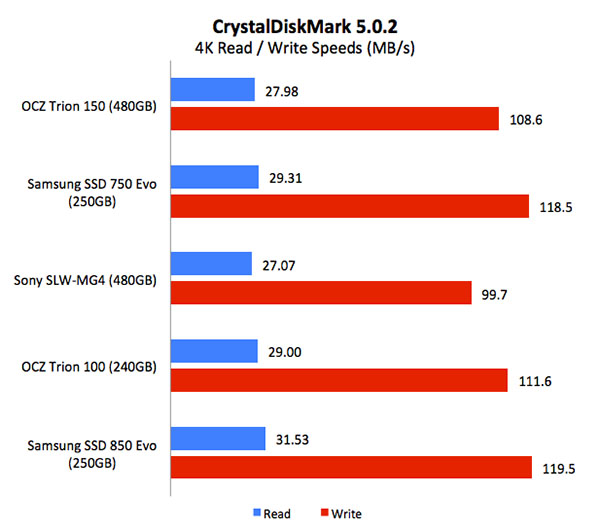 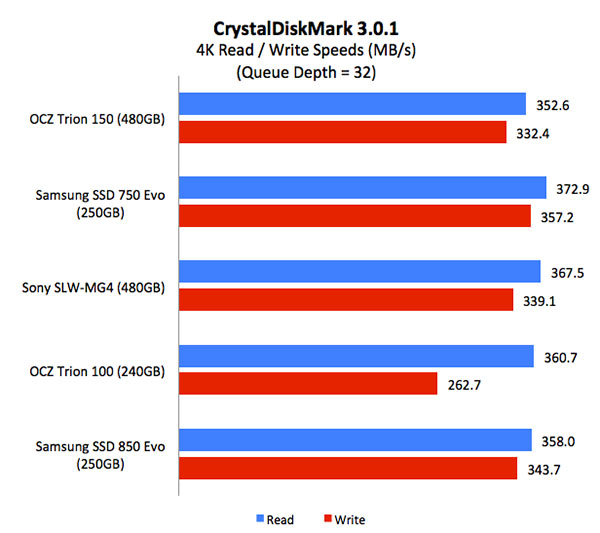