With the high-end SSD market handily tied up with their new blazingly fast SSD 950 Pro, Samsung is turning their attention to the entry-level market again and recently announced their new SSD 750 Evo. 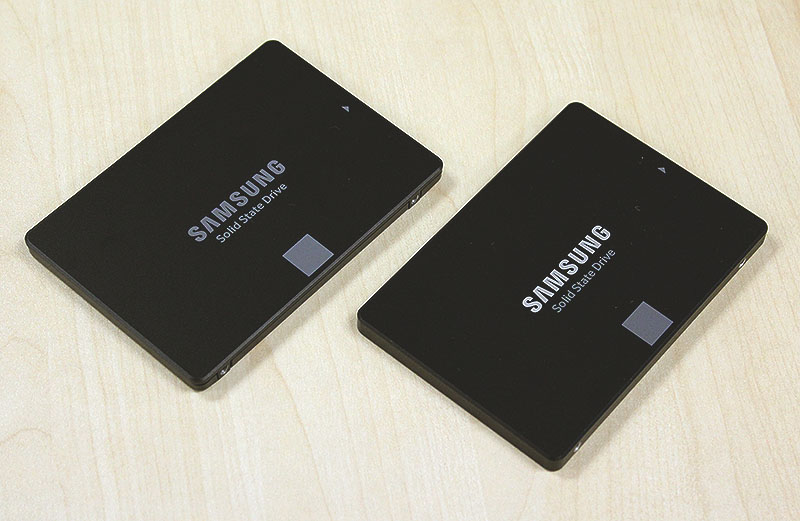 The SSD 750 Evo uses Samsung’s own TLC NAND, which helps reduce cost, but at some expense of performance and endurance. According to Samsung, the SSD 750 Evo is targeted primarily at OEMs and system builders, providing them with a drive that has superior performance characteristics as compared to mechanical hard disk drives, but at a more palatable price point. 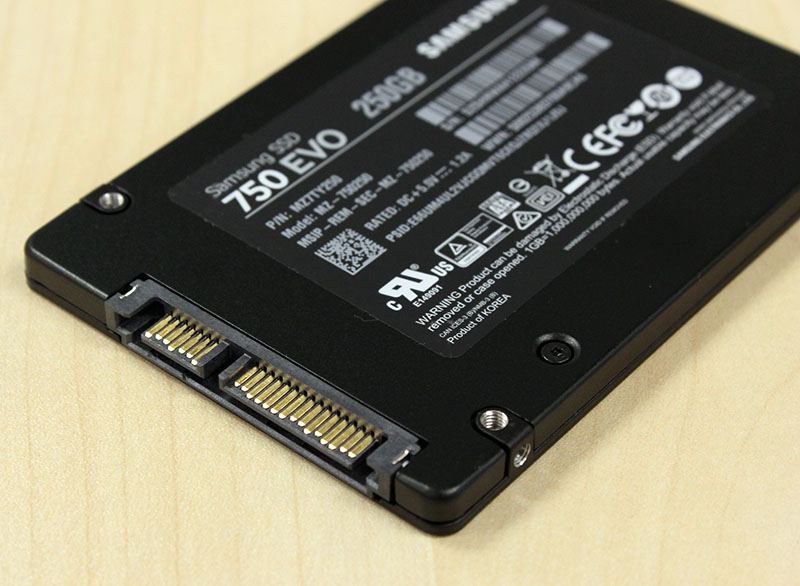 And like Samsung’s other TLC NAND drives, the SSD 750 Evo will benefit from Samsung’s performance-enhancing technologies like TurboWrite and RAPID mode. If you have already forgotten, TurboWrite dedicates a small portion of its TLC NAND to work as an SLC write buffer. This helps boost its write performance to make up for the shortcoming of TLC NAND, which typically suffers from inferior write performance. RAPID mode, on the other hand, is a caching technology that was introduced in the middle of 2014 to boost random I/O performance with smaller size data at low queue depths. Essentially, it makes use of unallocated system memory and spare CPU cycles to cache data and boost performance. We investigated Samsung's RAPID mode technology in the past and found it to work very well. 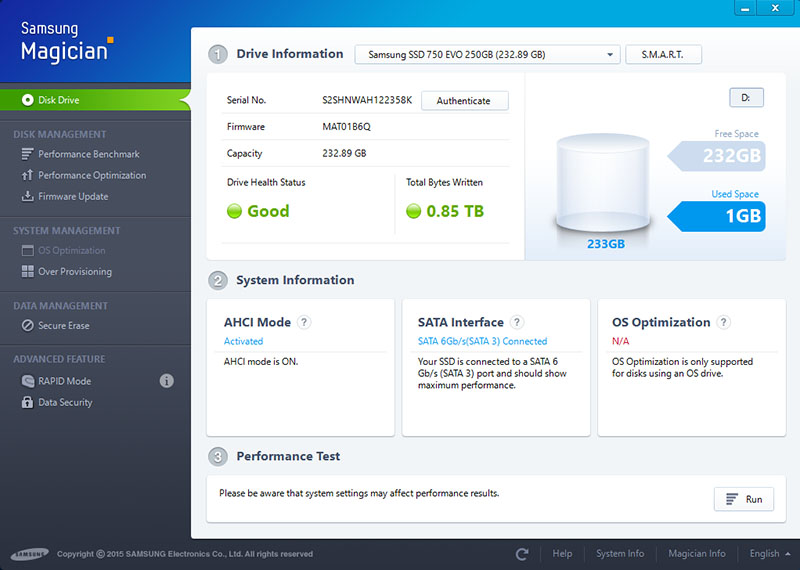 The Samsung SSD 750 Evo comes with no accessories other than Samsung’s own data migration software and the Samsung Magician utility. Samsung Magician is a nifty app that lets users easily manage and monitor their drives, optimize its performance and also update its firmware. One thing to note is that the SSD 750 Evo will only be available in two capacities - 120GB and 250GB.

When Sony announced in February earlier this year that it was releasing its first ever SSDs, we were all taken aback. Prior to this, the company had announced that it would be cutting all non-profitable businesses and focus on its core businesses. So to announce brand new SSDs, a market that it had never had a part in before, was surprising, to say the least. 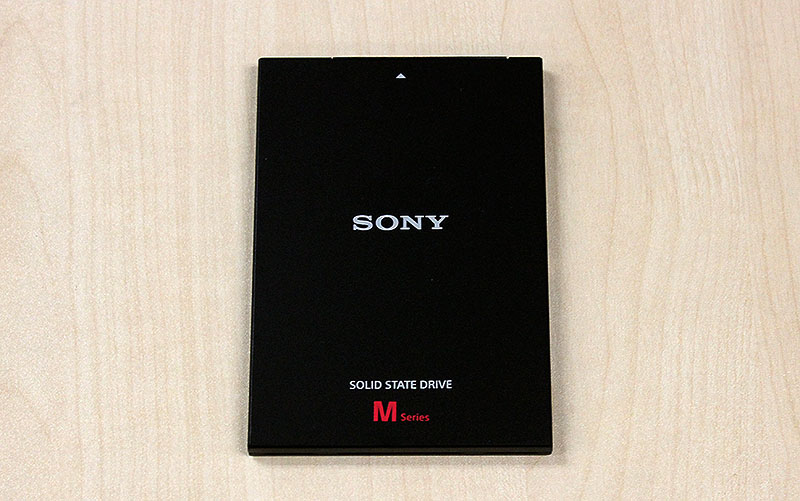 With no experience in making SSDs and no NAND manufacturing facilities of their own, it’s no surprise that Sony had to turn to third-party providers for their SSD's controller and NAND.. The controller is Phison’s new high-end PS3110-S10 controller and the NAND is Toshiba’s 19nm TLC NAND. 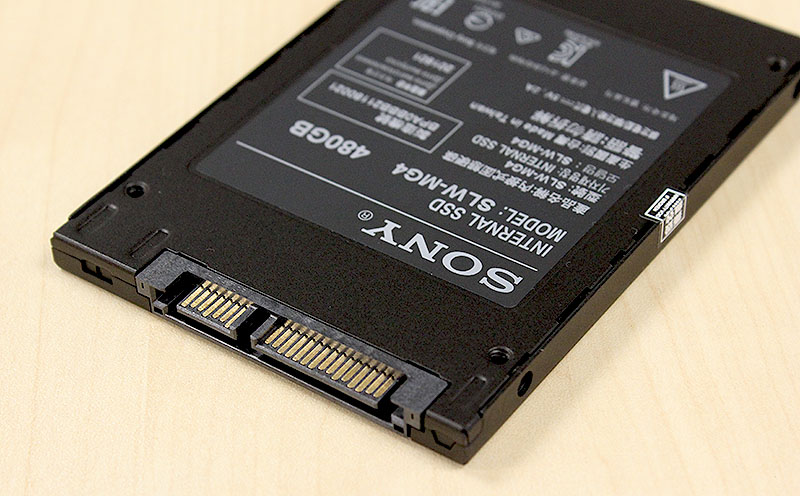 The use of Phison’s new S10 controller is intriguing because it is a fairly high-spec controller that currently sees action in quite number of other SSDs including the Corsair Neutron XT, Kingston HyperX and a few more. It has four cores and eight NAND channels and was designed by Phison to work with both MLC and TLC NAND and supports up to 2TB in capacity. Interestingly, it also supports 256-bit hardware AES encryption - a feature that is lacking in many entry-level and mid-range SSDs. 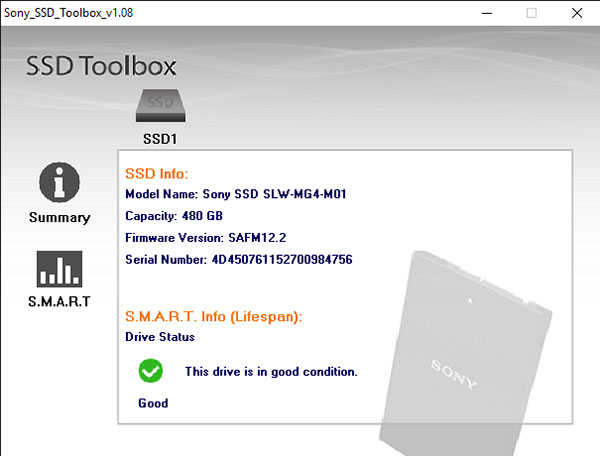 In terms of packaging, the Sony SLW-M comes with a spacer to boost its height to 9.5mm and also a free copy of Acronis True Image 2015 to make it easy for users to migrate to their new Sony SSD. There's also Sony's SSD Toolbox utility, but it is pretty limited in its use as it only displays basic information about the drive's status and health, and cannot be used for functions like updating the firmware or optimizing the drive's performance. The Sony SLW-M will be available in two capacities - 240GB (SLW-MG2) and 480GB (SLW-MG4).