AS SSD is a benchmark that uses non-compressible and completely random data. This benchmark is useful because some controllers, like the once popular but now defunct SandForce SF-2281, compress data first before moving them around. However, with non-compressible and random data, controllers cannot compress the data first, which forces them to deal with data as they are. Therefore, this is a useful benchmark to prevent drivers using controllers like the SF-2281 controller or similar from gaining an upper hand.

The Sony SLW-M emerged as the victor in the AS SSD benchmark. Beginning with the Copy benchmark, the Sony drive managed impressive speeds that placed it top or near the top of other drives. Moving on, its sequential as well as its 4K read and write speeds were impressive too.

However, its most impressive performance was on the intensive 4K, 64 queue depth workload where it achieved the fastest read and write speeds. On this workload, we can see that the OCZ Trion 150 suffers from poor read speeds, while the SSD 750 Evo’s write speeds also start to falter as its TurboWrite cache is exhausted. 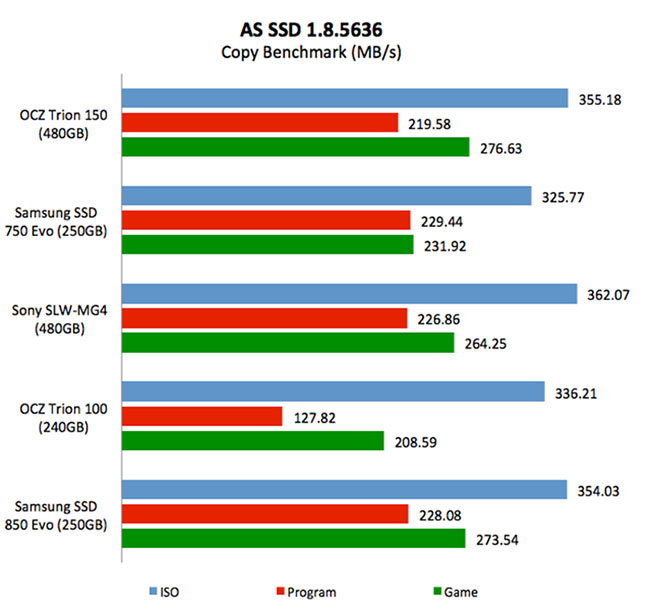 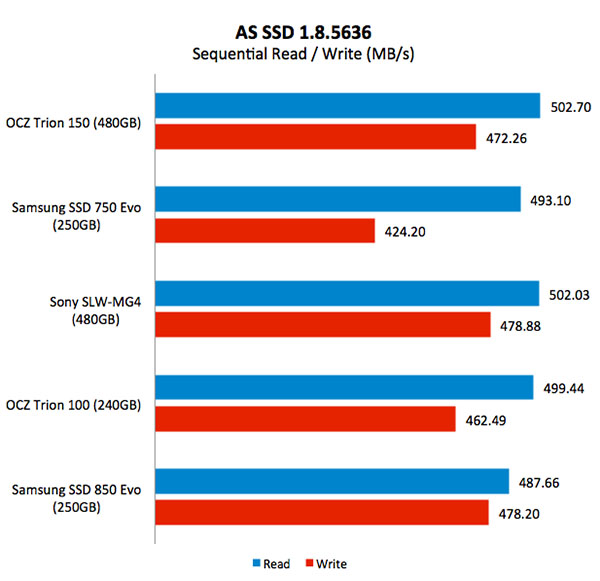 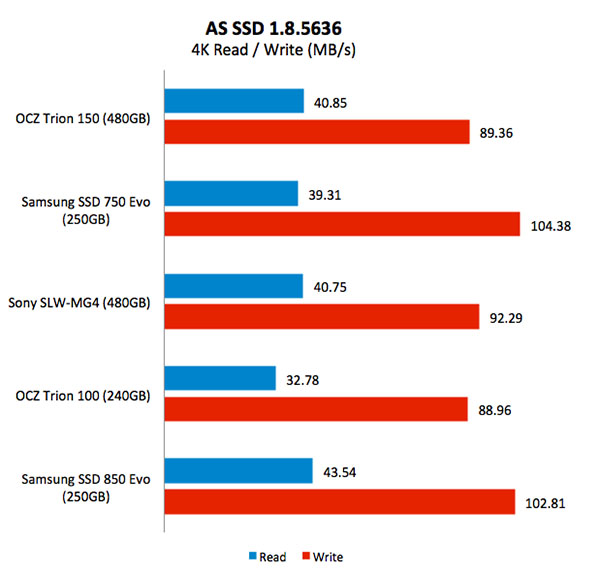 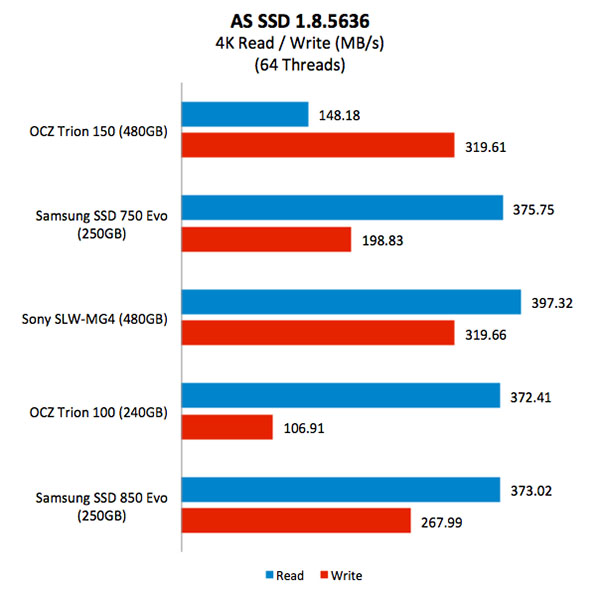