The drives will be tested on our updated storage testbed using the Windows 10 operating system, which has the following specifications:

We have also revised our benchmarks and the list used are as follows:

This is the list of drives and their capacities tested:

Apart from pitting the three drives against each other, we are also interested to see how the new OCZ Trion 150 will perform against the older OCZ Trion 100. In addition, it will also be intriguing to see how Samsung’s new SSD 750 Evo matches up against the SSD 850 Evo, which is one of the best mainstream SSDs around right now.

But before we begin our analysis of the results, one thing to note is that the capacity of the drives are not equal and this could affect performance. Moving forward, we hope to review drives with capacities of around 500GB as that capacity point is slowly but surely becoming more popular. Generally speaking, larger capacity SSDs are often quicker as they usually contain more NAND chips which allows it to take advantage of the multiple NAND channels of the controller. In this case, the SSD 750 Evo is available only in 120GB and 250GB capacities, so it could be at a disadvantage against the OCZ Trion 150 and Sony SLW-M drives.

PCMark 8 is the most up-to-date system benchmarking software from benchmarking specialists Futuremark. It was designed for Windows 8 machines (now updated for Windows 10) and the storage suite test puts drives through a collection of 10 different real life workloads involving applications such as Photoshop, Illustrator, InDesign, Word, Excel and even games like Battlefield 3 and World of Warcraft.

The Samsung SSD 750 Evo put up a strong performance on PCMark 8 and managed their highest score amongst the trio of drives. Although the difference in PCMark 8 scores wasn’t that great, the Storage Bandwidth results paint a different picture. With its speed of 293.46MB/s, the SSD 750 Evo was a good 45% faster than the OCZ Trion 150 and 47% faster than the Sony SLW-M. In fact, it only lost our marginally to the SSD 850 Evo, so all things considered, that’s a pretty impressive showing. 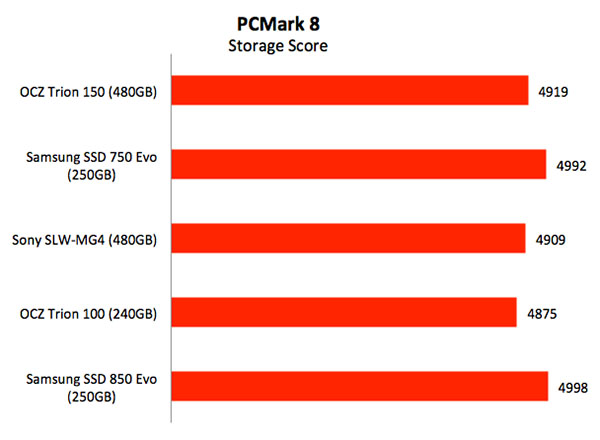 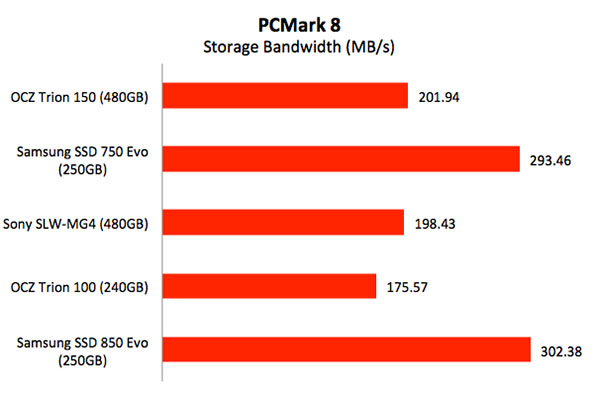 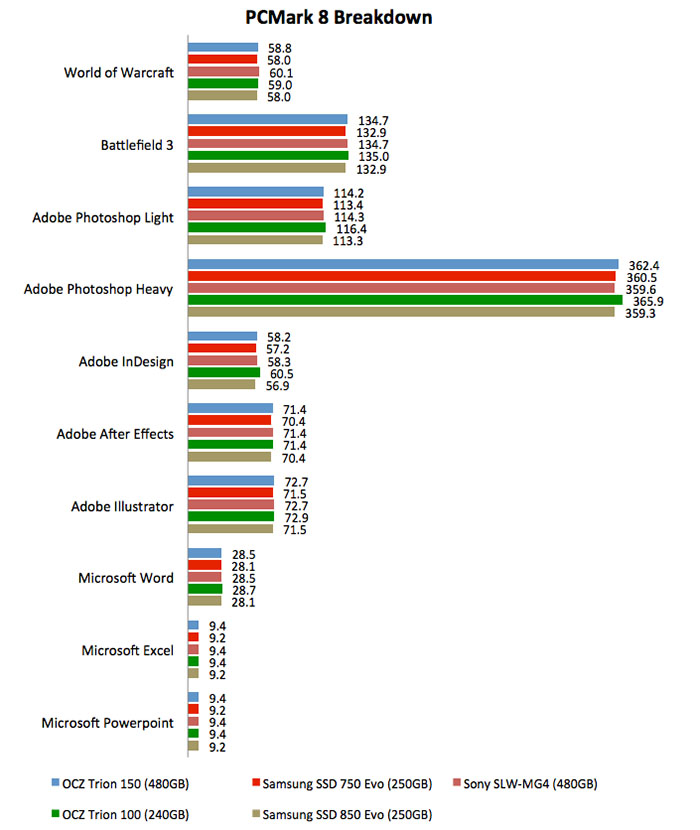