For most people, a blank piece of paper means nothing at all. For Canon, it is the start of something beautiful. In an event held in the EDSA Shangri-La hotel, Canon Philippines launched their new line of PIXMA printers, which are designed to help you realize the potential of a simple piece of blank paper easier and faster than ever before. With this launch, Canon hopes to solidify its number one position in local printer sales, which it achieved in the first half of 2011, according to a report by market researcher IDC. 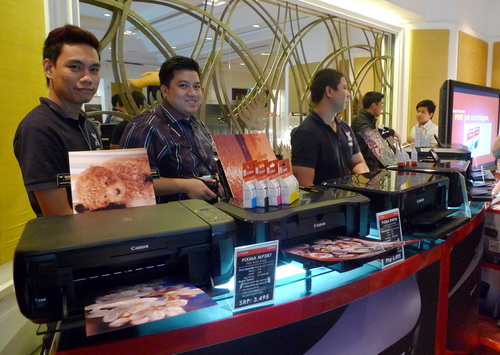 Canon launched three new All-in-On or AiO printers during the event: the PIXMA MG5370, the PIXMA MG8270, and the PIXMA MP287. The PIXMA MP287 is the most affordable of the bunch, with an SRP of just PhP 3,495. The PIXMA MG5370 and the PIXMA MG8270 on the other hand, feature built-in Wi-Fi capability which allows for easy wireless printing over a home Wi-Fi network. Wireless printing with these new PIXMA printers is not only limited to PCs that are connected to the network , but also include mobile devices such as iPads and smartphones. You can also print files straight off the Internet using Canon's new PIXMA Cloud Link service. The PIXMA MG5370 retails for PhP 8,495, while the MG8270 sells for PhP 19,295. 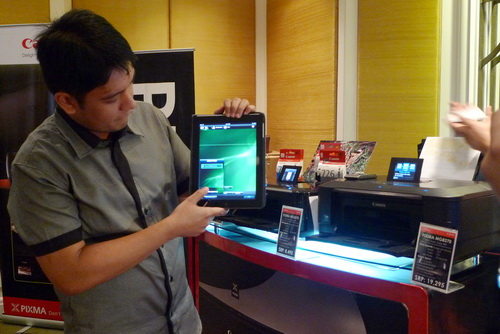 Canon's new consumer photo printer is the iP4970. It features the new FINE, and ChromaLife 100+ technology previously found only in Canon's professional photo printers, which provide users with the ability to print sharp and vibrant images that can last up to 300 years. They also feature HD Movie print, which is a feature that allows you to select a single frame from footage taken with your Canon HD camcorder or DSLR and print it out as a picture. It is available for PhP 6,495. 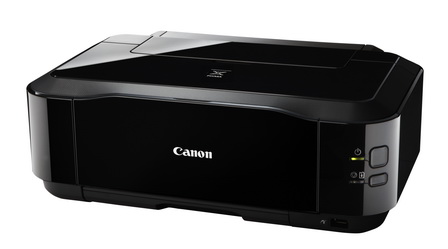 Going A Long, Long Way With The PIXMA E500

The final highlight of the event was the "ink-efficient" PIXMA E500. Canon claims that this new model is one of the most affordable printers you can own. Their testing showed that one set of ink cartridges was enough to print 1,200 pages - a number Canon says can be stretched even further if the printer is set to Fast Draft. At that rate, the printing costs come out to just PhP 0.74 per page for black and white, and PhP 1.74 for colored printouts. From now until the end of the year, Canon will throw in a Rudy Project watch and arm band worth a combined PhP 4,300 with every purchase of the PIXMA E500, which costs just PhP 4,495. 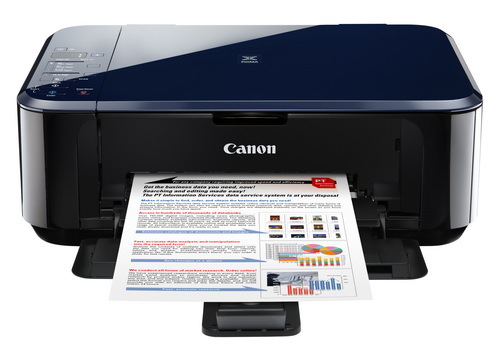