Event: A Night At The Picasso – Living The Samsung Home 3D Experience

An Affinity For Visual Flair

An Affinity For Visual Flair 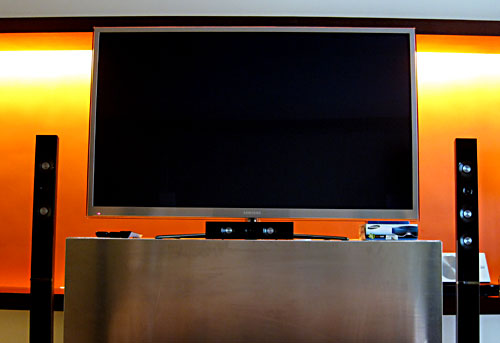 Picking a most appropriate venue to match the Korean CE giant’s flair for premium design, Samsung hosted a live demo setup for its home 3D and Smart TV entertainment system at the Picasso Botique Service Residences in Makati, a boutique hotel named after one of the most recognizable artists in history – and decorated accordingly so, at that. Hosting a mish-mash of walls featuring lively colors against pristine white surfaces, as well as selections of artworks both local and foreign in origin, the Picasso in Makati is truly a visual treat from the very second you step in.

Of course, the main attraction of our overnight stay was Samsung’s premium 3D home entertainment setup. Comprised of the Series 8 PS64D8000 Plasma 3D TV and BD-D7500 SMART 3D Blu-ray player, complemented by an HT-D555K 5.1-channel home theater system, this Samsung leisure hub is surely one that any modern digital entertainment fanatic can and should aspire for. Let’s check out what these devices have to offer.

As you’ve seen in our first image, the 64 inches of Plasma viewing goodness that is this Series 8 HDTV is a majestic sight to behold. On this outstanding home entertainment system centerpiece, the bezel around the panel has been kept to a bare minimum (dubbed as the “Plasma+1” panel) to maximize the viewing area for either HD, 3D, or Smart Hub content. And yes, we just mentioned Samsung’s Smart Hub. Not only does this Plasma TV deliver the goods in crisp high definition and mind-blowing 3D, it also keeps you entertained by means of the latest rich content you can find online. This one’s available today at your favorite consumer electronics stores at PhP 299,990. 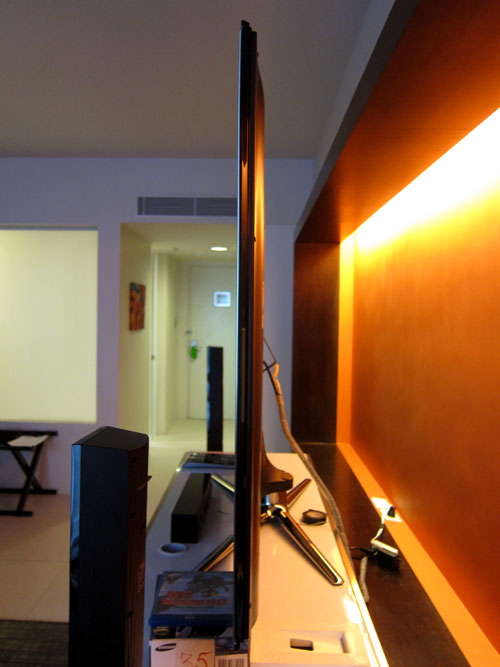 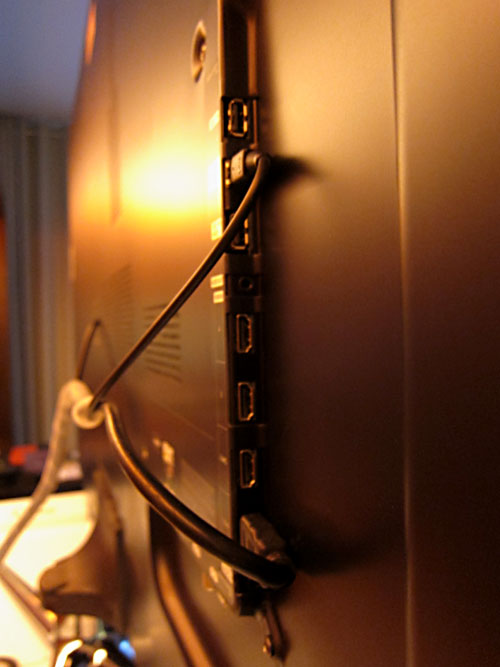 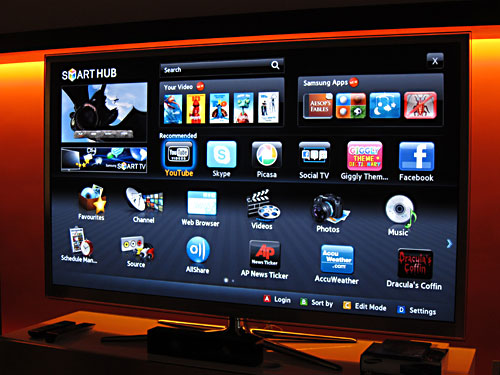 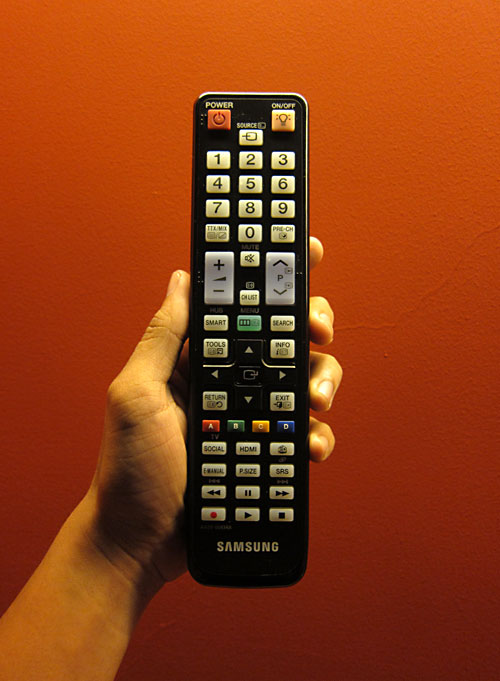 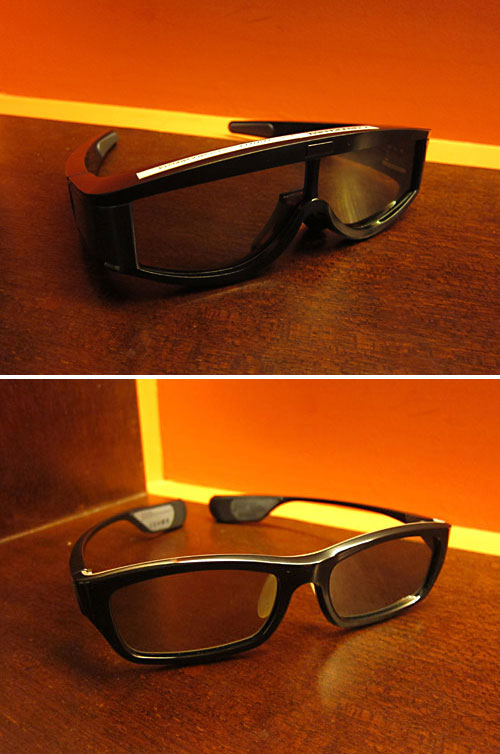 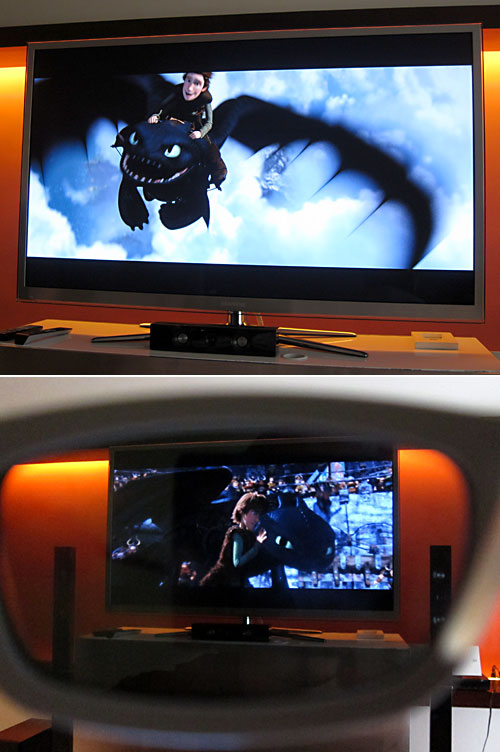 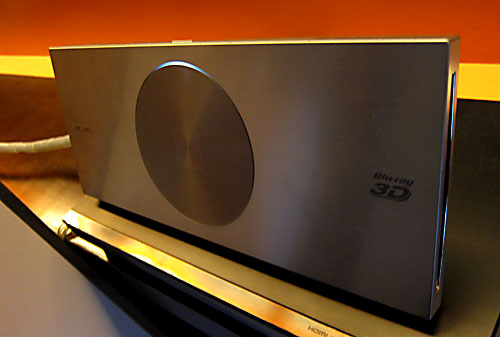 Accompanying the Series 8 Plasma 3D TV unit was this 3D-ready, Smart Hub-equipped Blu-ray player, the US$ 349.99-worth BD-D7500. Like the TV itself, this player also boasts a great wall-mount potential, with its slot-in disc bay design. A great feature that this 3D Blu-ray player boasts is its built-in Wi-Fi connectivity, which allows you to spare yourself from connecting this unit or the Series 8 Plasma TV (as in this case) via LAN. On top of that, it also features 1GB worth of storage built-in. 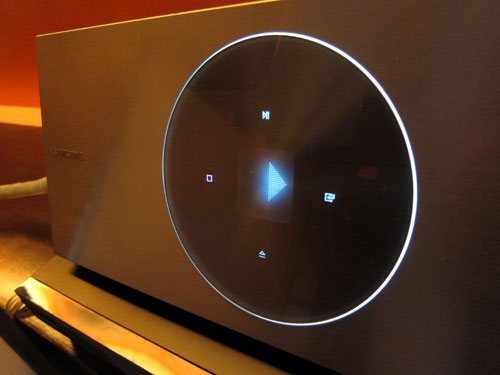 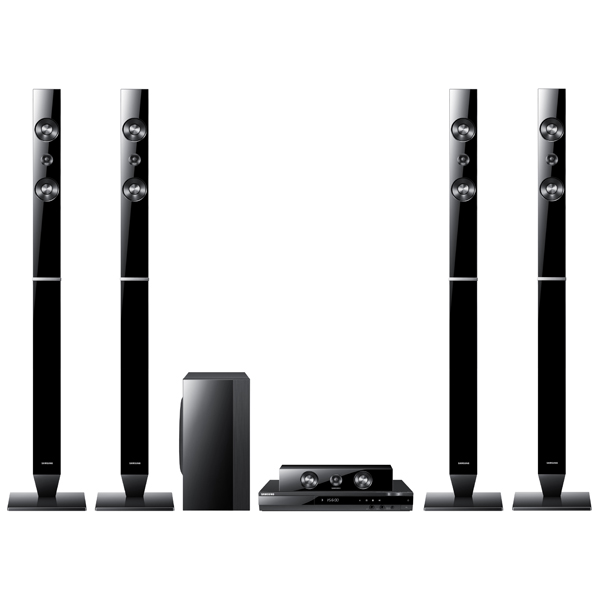 While not particularly highlighted in this demo unlike the Series 8 Plasma and the Smart 3D Blu-ray player, the 5.1-channel Samsung HT-D555K home theater system was still an integral part of the experience in Picasso last night. Delivering 1,000 Watts of surround sound audio power, it adds the aural element needed to make you feel as if you’re genuinely part of the HD or 3D content that you’re viewing.

Like what you see? Samsung has all these, plus a whole lot more, featured in its website. So if you'd like to learn more about these and the rest of Samsung's diverse range of products, visit www.samsung.com/ph.