F5 Networks: 'PH is a market we need to focus on'

F5 Networks: 'PH is a market we need to focus on'

“We’re actually very good.” This was the strong statement that F5 Philippines Country Manager Oscar Visaya gave us when asked about the performance of F5 Networks in the country. Then, he followed by reminiscing how F5 Networks in 2011 have grown just from himself to 11 people, covering almost all the verticals from public sectors to telco service providers, to banking and finance, and to enterprise. Claiming that it’s been a great journey, Visaya shared their participation in the digital transformation of our country.

F5 Networks, Inc. is an American-based company that focuses on providing faster, smarter, and safer applications for the world’s largest businesses, service providers, governments, and consumer brands. The company also delivers cloud and security solutions that enable organizations to embrace the application infrastructure they choose without sacrificing speed and control. 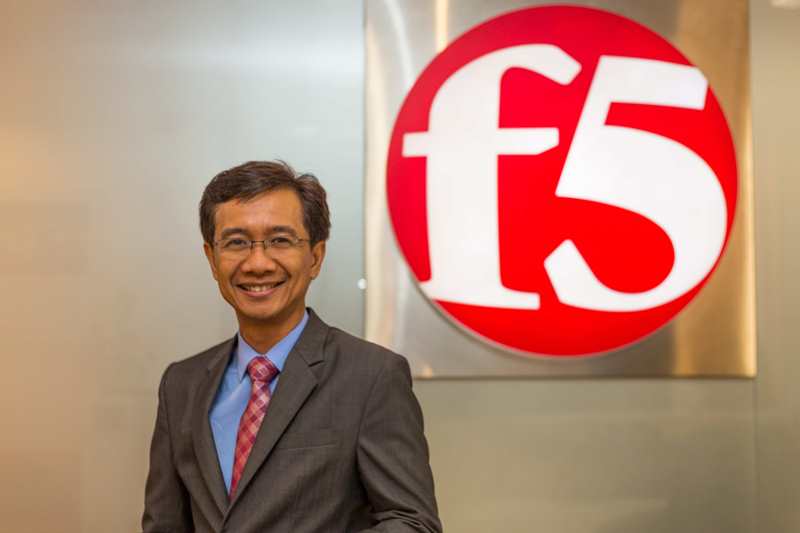 During our one-on-one interview with Visaya, we talked about how enterprises in the country can best manage Internet of Things (IoT) devices and the part of F5 Networks in helping our country to fully embrace the digitalization.

First, we need to understand what IoT is. The Internet of Things or also known as IoT is becoming more and more relevant to private and public sectors, as well as to small and medium-sized enterprises (SMEs). Some may not be familiar, but IoT has a great impact on us. Why? Because although it’s a critical term or technology, IoT is simply the concept of connecting your device to the Internet. It includes your smartphones, smart home devices, wearables, and many more. It allows numbers of solutions and applications that can help accompanying an enterprise, or even a nation.

Speaking of applications, also note that it has a vital role in IoT devices. Applications process the information that’s collected by IoTs. And if this application is not available and secured, then, there will be wrong information which will lead to glitches.

Apart from the application, reliable connection is also significant. This is why 5G connection is becoming more popular to the evolution of the IoT in all countries.

Visaya expressed the importance of security, too. He explained that when an IoT device is being hacked, it could be changed. Therefore, it would be a different device already, as it won’t function the way it should be.

“They need to make sure that the device is not vulnerable. It must be clean, and secured. It must always be available,” Visaya answered when asked about what do enterprises need to keep in mind in building IoT-ready infrastructure to make sure that applications would perform as expected.

Visaya boasted that he was part of recent DICT program, where he took part as a resource speaker about Cybersecurity Emergency Response Team (CERT). He said that part of the DICT Cybersecurity Plan is having own CERT each government agencies and a National CERT. With this, he shared how F5’s CERT has been constructed and organized.

“We’ve been focusing on public sector for some time now. We’re seeing a lot of opportunities and at the same time, we want to participate as well as in making the country safer. I’m very positive about what the public sector is doing,” he added.

F5 Country Manager also noted that Philippines’ digitalization will be a journey itself, but the good thing about it right now is that it has an existing plan. Visaya also claimed that enterprises and even government are now giving more attention to IoT.

F5 Networks also revealed that there are more threats now compared to last year and this pushes enterprises to put more budgets on becoming more secured and protected.

“In terms of ICT awareness, it’s already there. I’m positive about what government is doing because their campaign on making infrastructures more secure and reliable is getting more attention from the media. And when the media is on the play, then, a lot of companies will have information and will be more curious about it,” Visaya said.

However, Visaya still advised to have an information campaign that would target the education sector.

Meanwhile, here are some of the high-level observations from F5 Networks’ threat researchers derived from both the research conducted between mid-February 2016 and the end of July 2016:

To end the discussion, Visaya said that F5 Networks has fully invested in the Philippines. Highlighting its commitment to the country, he believes that the Philippines is a market that they need to focus on and should continue to invest with.