Finding the right smartphone for the season of selfies

Finding the right smartphone for the season of selfies

The holiday season is upon us, and as many of us are expecting to receive our 13th month pay or Christmas bonus, we are already in the process of planning where to put that extra stash of cash. Undoubtedly, many of us are also eyeing to buy a new smartphone. While flagship handsets are the top choice, getting a midrange model is not a bad idea. Anticipating the fact that many consumers will buy new handsets during the Christmas season, manufacturers already rolled out their offerings before or during the final quarter of the year. 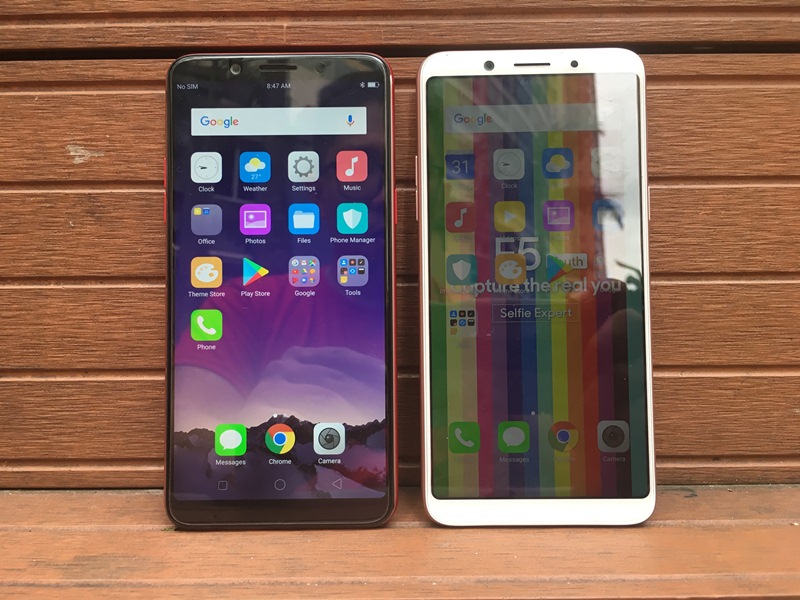 Looking back at some of the product launches that we attended during the past months, we rounded up some of the midrange smartphones that are available in the market, just in time for the gift-buying season. Included in our list are the Huawei nova 2i, OPPO F5 6GB, OPPO F5 Youth, Samsung Galaxy J7 Pro, and the Vivo V7+. Most of the smartphones here were launched in Q4 2017, except in the case of the Galaxy J7 Pro which was launched way back in July. 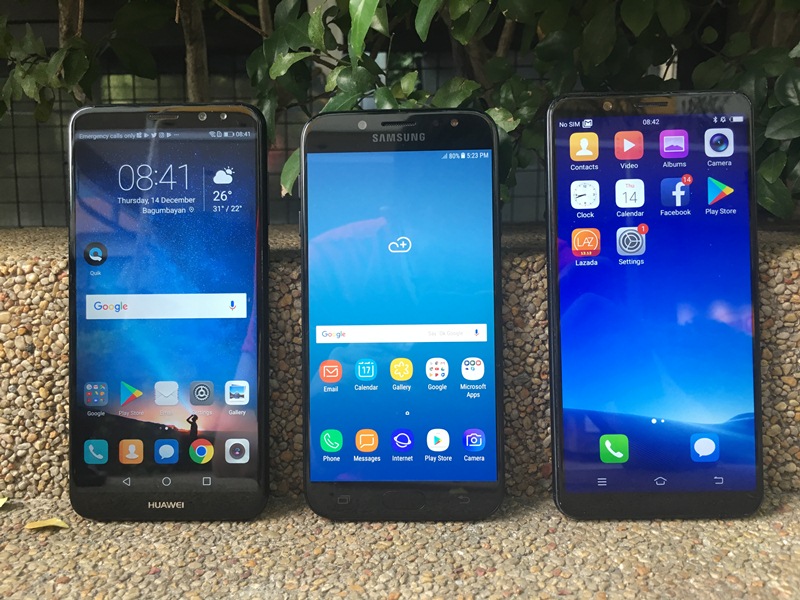 Common denominators among these handsets are the use of an octa-core processor, the implementation of Android 7.0 Nougat OS, and a battery module of at least 3200mAh. The phones also share similarities in terms of display size, ranging from 5.9 inches to 6 inches, except in the case of the Galaxy J7 Pro with a 5.5-inch touchscreen which makes the phone smallest in the batch. Screens are made virtually bezel-less with resolutions of up to FHD+ (2160 x 1080p), excluding the Vivo V7+ which has an HD+ resolution (1440 x 720p). Interestingly, in spite of having the smallest display size, the Galaxy J7 Pro emerges as the heaviest among the phones, whereas OPPO’s F5 and F5 Youth are the lightest, despite having the largest displays (6 inches).

For a better view and comparison of the phone’s specifications, see the chart below.

As you can see on the chart, OPPO’s F5 and F5 Youth share several similarities with one another, except that the F5 in this case is beefed up with 6GB RAM and 64GB ROM, dwarfing the F5 Youth’s 3GB RAM and 32GB ROM. Imaging is also technically better with the F5, thanks to its 20-megapixel front camera and 16-megapixel rear camera, than that of the F5 Youth which has a 16-megapixel front camera and a 13-megapixel rear camera. Given the technical superiority of the F5 6GB, OPPO priced it at PhP 21,990, while the F5 Youth is priced at PhP 13,990. 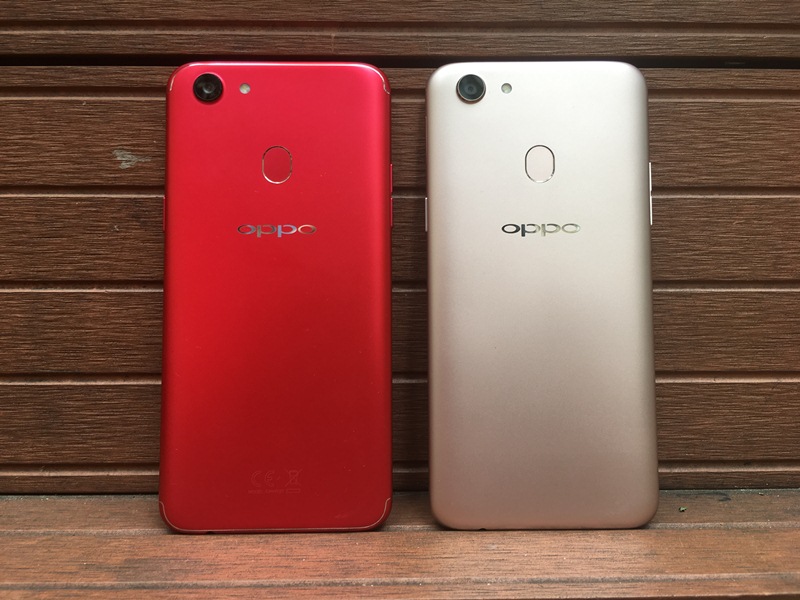 Going beyond the spec sheet, one of the most interesting features which the OPPO F5 and the F5 Youth present in the imaging department is A.I. Beauty Recognition Technology. Improving on the beautification feature present in previous iterations of OPPO smartphones, the new technology synchronizes with a global database to optimize and deliver the best selfies depending on the user’s face attributes using its 200 facial recognition points. The feature recognizes age, gender, as well as tone and type of the skin, resulting in more natural-looking selfies. OPPO has achieved this feature by conducting extensive research and by consulting professional makeup artists and photographers. The A.I. Beauty Recognition Technology also works well with groufies as it is also capable of detecting each face and applying the beautification effect apt for their facial features. 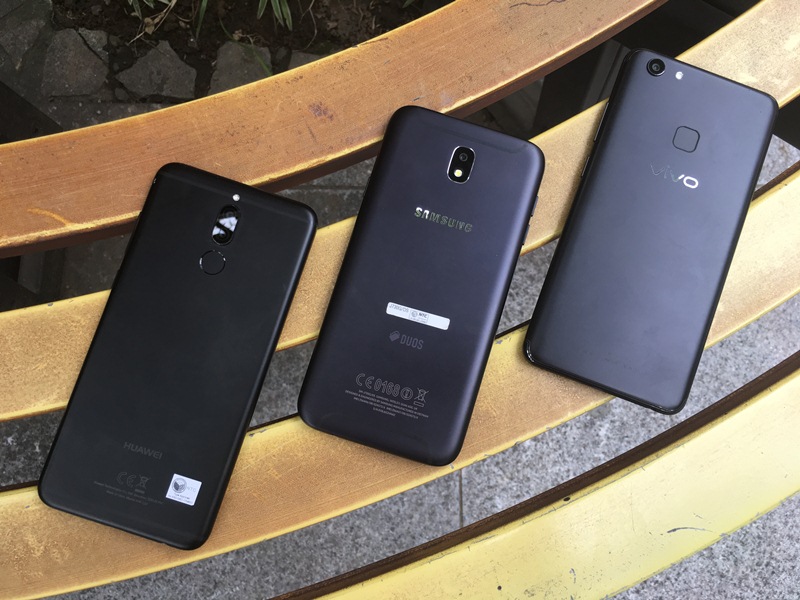 Not all selfies are created equal

Putting to the test OPPO’s A.I. Beauty Recognition Technology, we took selfie photos using the front cameras of the F5 and the F5 Youth. The outputs are put side by side with those that were captured by the front cameras of the Huawei nova 2i, Samsung Galaxy J7 Pro, and the Vivo V7+. We also included in the comparison outputs generated by the Apple iPhone 6s as this model now costs much closer (though still much more expensive) to the prices of the midrange smartphones in this set. Do take note that all shots were taken using the front camera of the phones in Auto mode inside a controlled environment: a white-walled room with typical office lighting.

Feel free to click the following sample shots to view them in full resolution. 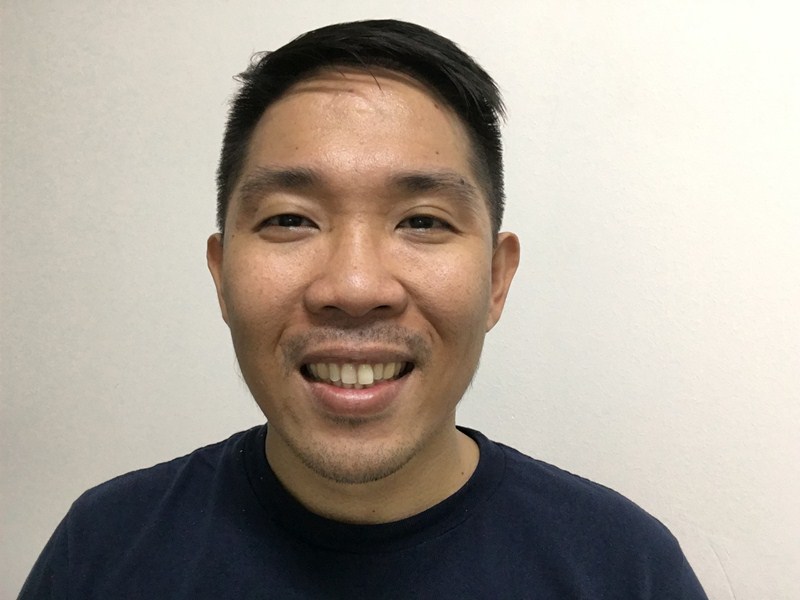 Starting off with the iPhone 6s, the selfie literally reveals the features of the face, including the folds, eye bags, skin pores, and blemishes. It is the least vibrant in terms of color. The iPhone 6s seemingly does not provide any enhancement. 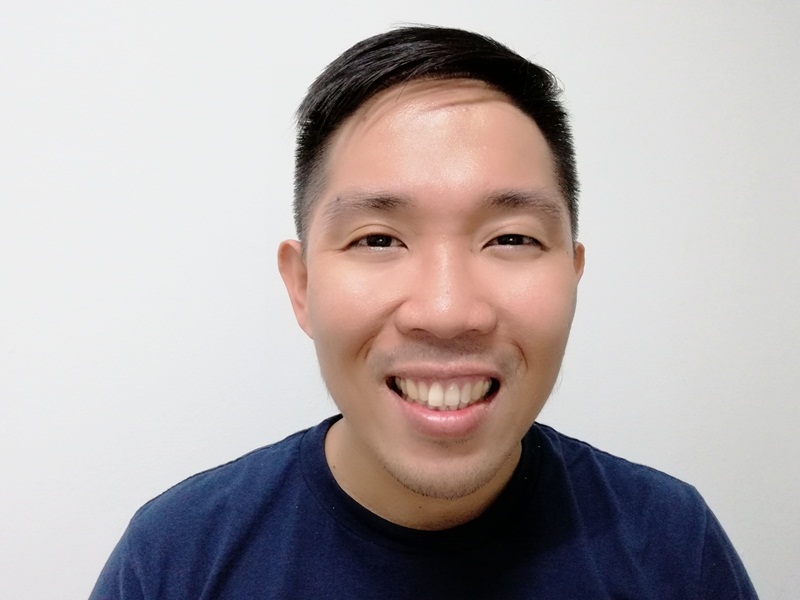 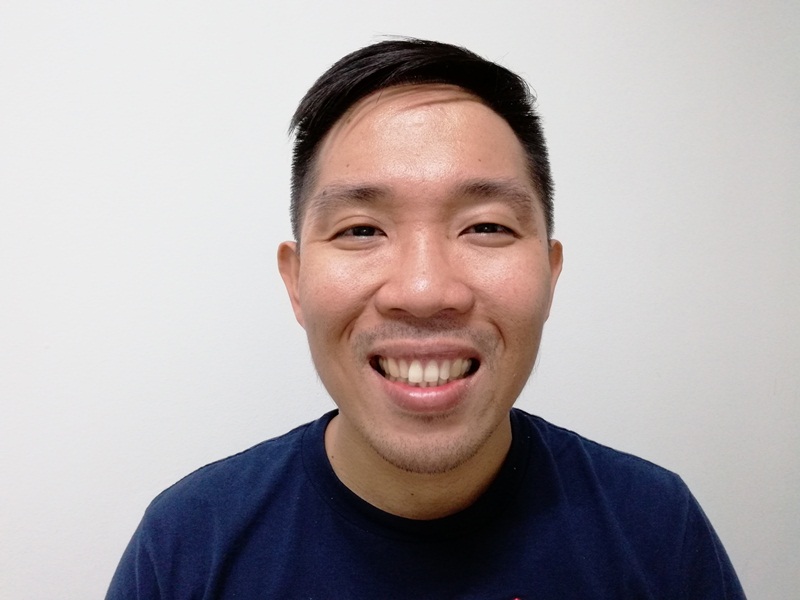 In the case of the Huawei nova 2i, we took selfie photos wherein beautification is enabled and disabled. When beautification was applied, the camera produced a selfie with smoother yet rosier skin tone. Blemishes, pores, and facial hair (including the eyebrows) are reduced. In the photo where beautification is disabled, we can see that some enhancements are applied. The skin looks fairer than the shot taken with the iPhone 6s. The rosiness is also noticeable, suggesting that the nova 2i's front camera produces photos with warmer colors. 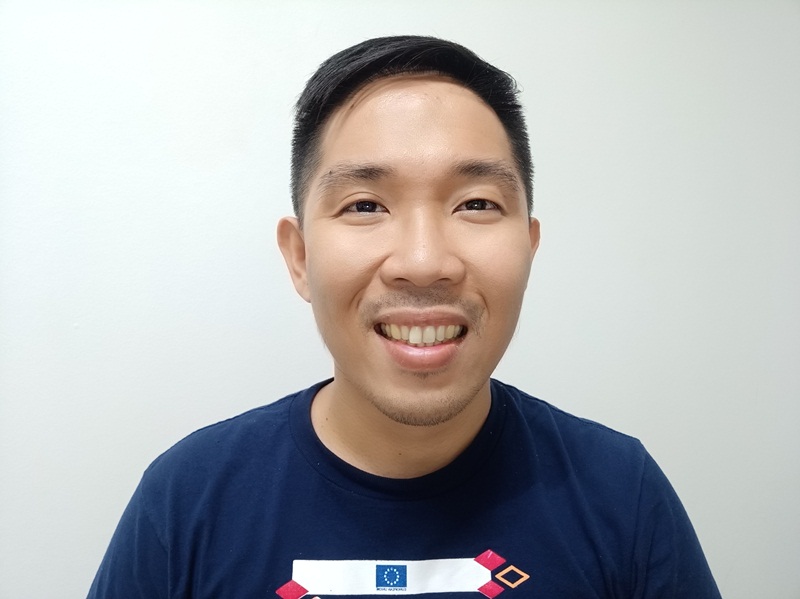 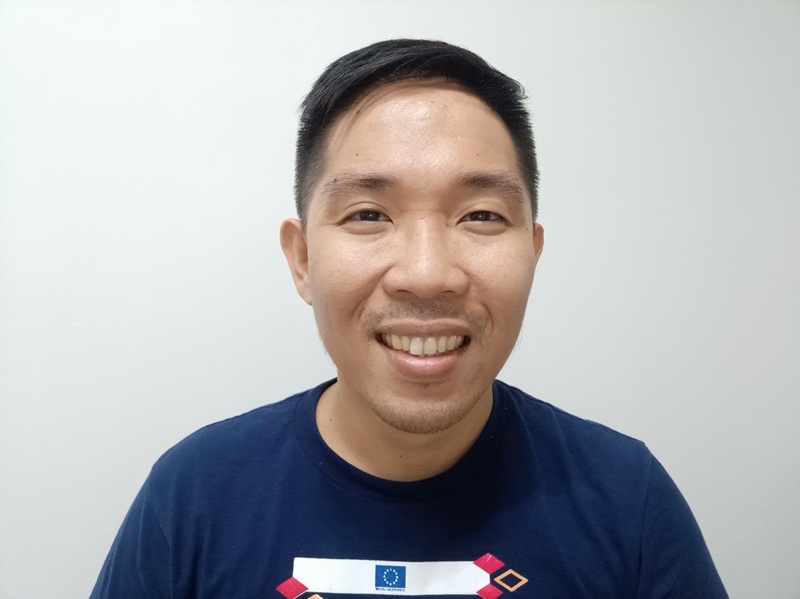 OPPO F5 6GB's sample selfie photo where the beautification feature was applied shows light skin tone without blurring too much the minute details such as facial hair (eyebrows included) and skin pores (noticeable when you zoom in the photo). Unlike the output of the nova 2i, there is no hint of rosiness, and we think that OPPO's A.I. Beauty Recognition Technology chose an East Asian skin tone for the subject (which is logical as the subject is of Chinese ancestry). In the sample photo where beautification is disabled, we can see that the skin is not smoother than in the case where beautification is enabled. Nevertheless, the skin tone still shows inclination toward that of an East Asian. 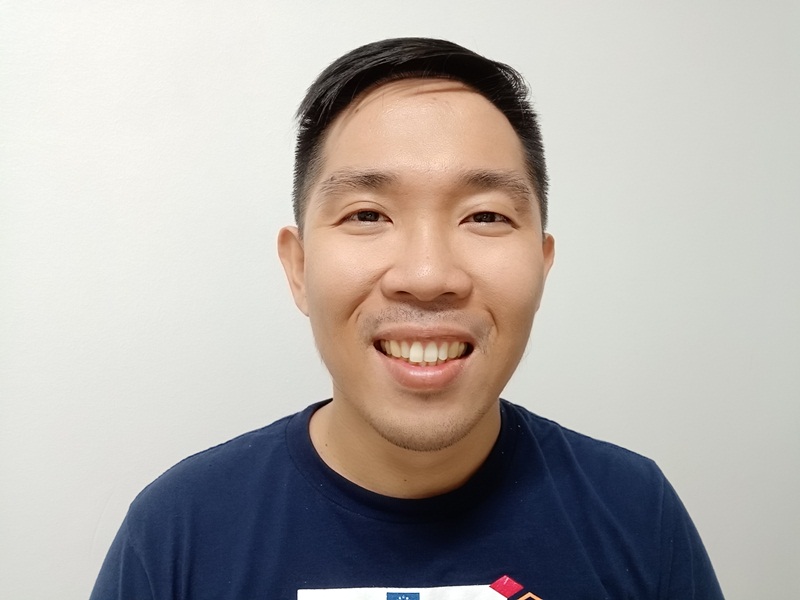 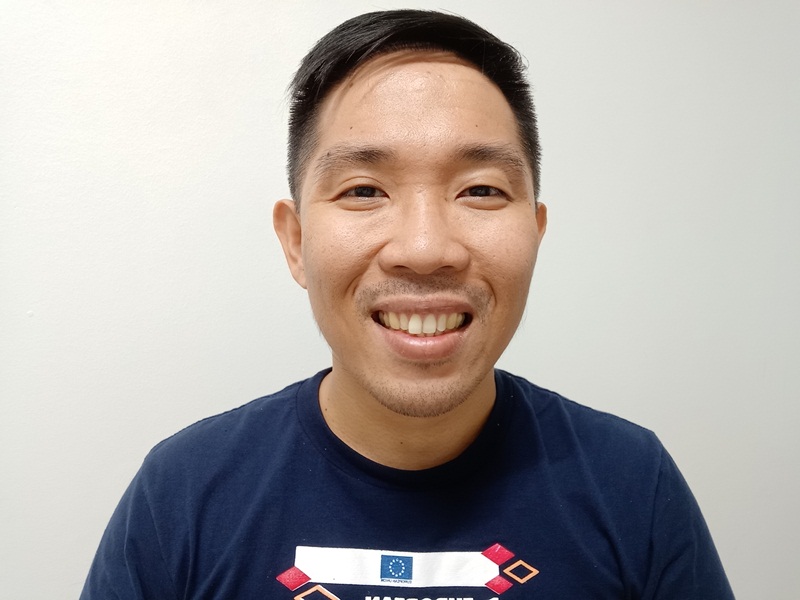 The F5 6GB and the F5 Youth utilize the same A.I. Beauty Recognition Technology from OPPO, but interestingly, selfies generated by the two smartphones show obvious difference, in spite of the fact that the subject was under the same lighting conditions. The F5 Youth's rendition of the same selfie subject has a hint of yellowish skin tone. Nevertheless, A.I. Beauty Recognition Technology's selection of such a skin tone is still quite consistent with the F5 6GB's categorization of the subject as East Asian. The subtle hint of yellowish skin tone is also applied on the selfie where beautification was disabled. 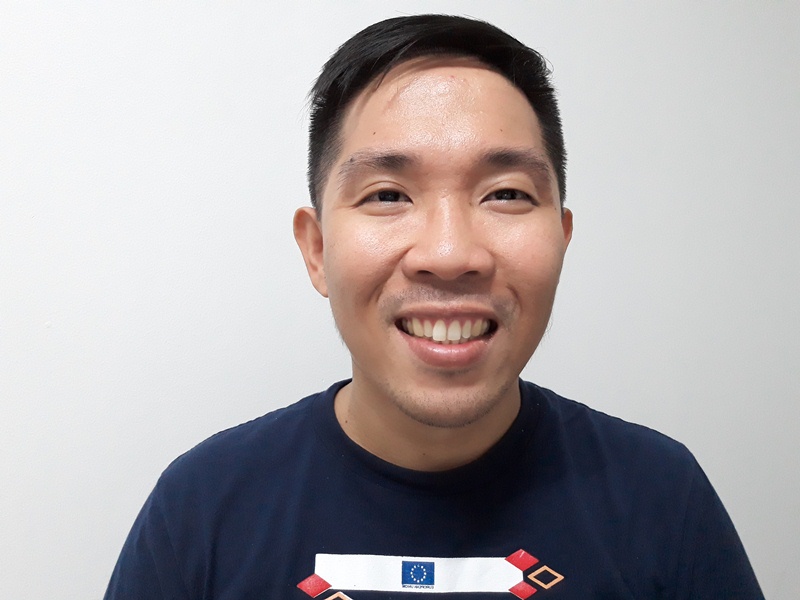 The Samsung Galaxy J7 Pro generated a selfie similar to what the Huawei nova 2i produced. Particular similarity between the outputs of the two smartphones is the rosiness of the skin. This image is shot with the phone’s beautification feature on at auto mode. 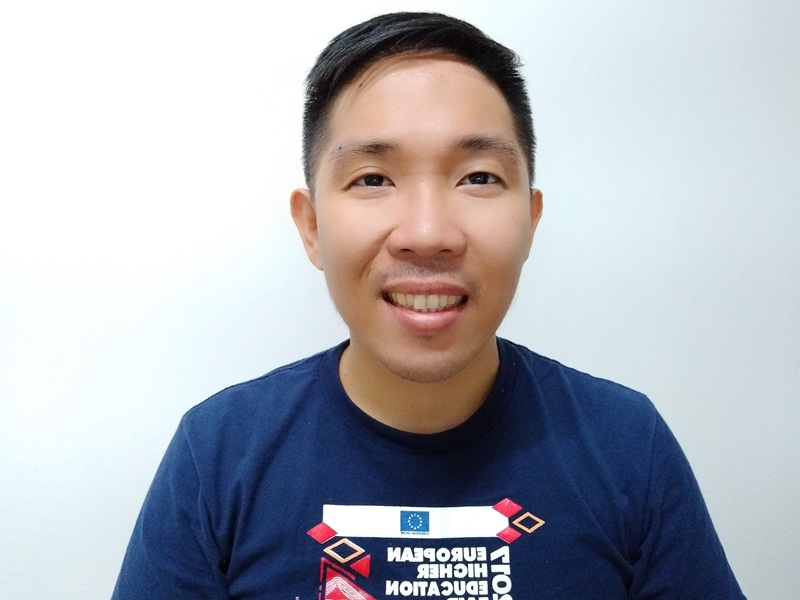 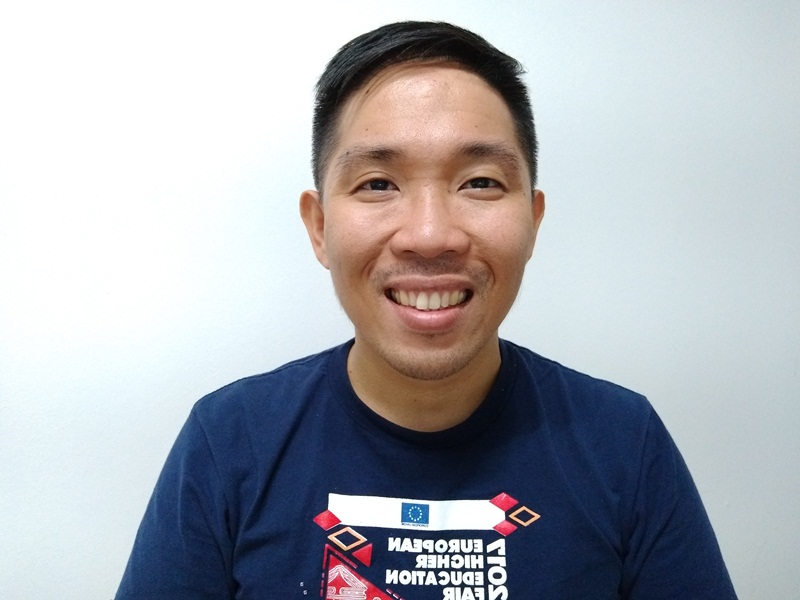 The Vivo V7+ does really deliver clear selfies by using obvious blurring technique applied on the prominent areas of the face such as the forehead and the cheeks. There's also reduction of facial hair on the eyebrows, above and below the areas of the mouth. Minus the application of Face Beauty 7.0 feature, the selfie ends up with a face that obviously shows more skin pores and facial hair, yet brighter skin tone is maintained.

Today's midrange smartphones have really stepped up their game in taking selfies. Putting the outputs that we got side by side with that of the two generation old iPhone 6s, the latter is eclipsed by the current handsets. Whether the beautification feature was applied or not, consumers are assured to get selfies that have cleaner, lighter skin tone. 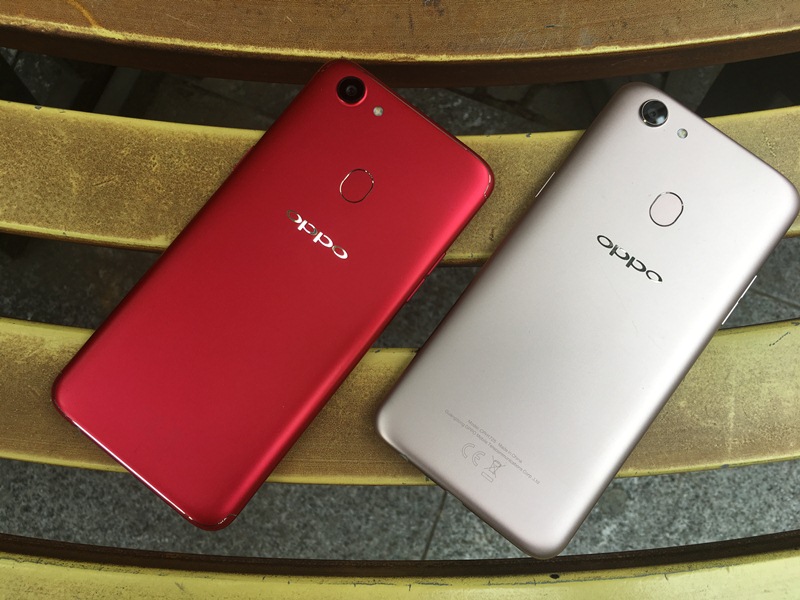 While other handsets depend on typical blurring techniques to reduce, if not totally eliminate, facial imperfections, OPPO's A.I. Beauty Recognition Technology is a step forward by using a technique that enhances selfies based on the age, gender, and even the ethnicity or race of the subject, resulting in a more natural-looking, beautification-enabled selfies.