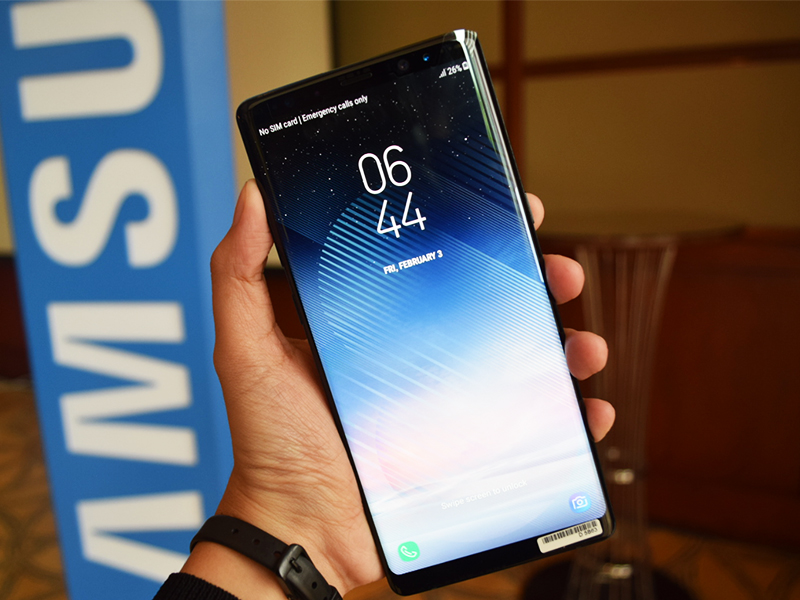 After everything that happened with the Galaxy Note7, Korean smartphone giant Samsung is all out to prove that more than being in the hot water for a few months, they know how to bounce back. One way is through their newest flagship device, the Samsung Galaxy Note8. 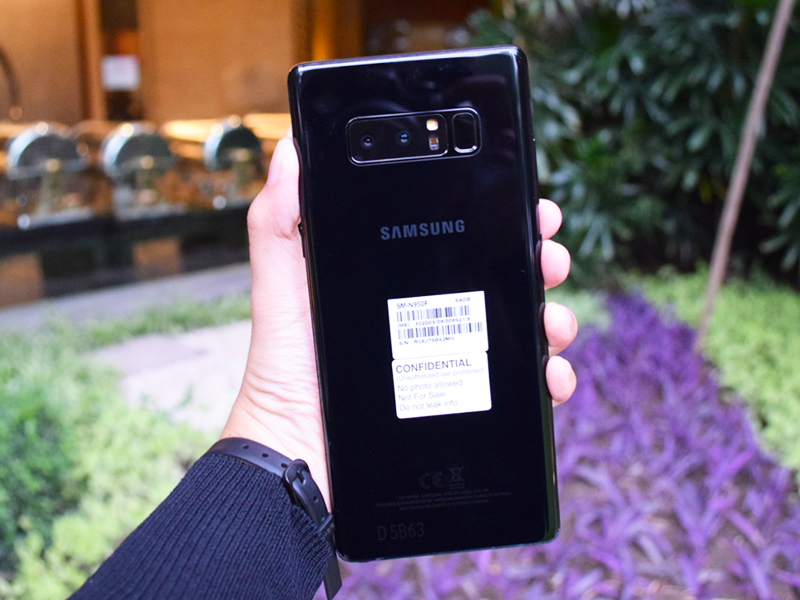 The Note series has come a long way from its first introduction back in 2011. While each member of the series always comes out with a lot of improvements, when we talk about the Note series, it’s always about it’s expansive screen and the innovative S-Pen.

The Note8 doesn’t steer away from this trademark. As Samsung claims to be the “ultimate device for people who’d want to do bigger things,” the Note8 is Samsung’s largest smartphone to date with a 6.3-inch Quad HD+ Super AMOLED in 18.5:9 aspect ratio with the same premium infinity display as the Galaxy S8 and S8+. It’s generous display complements its multitasking feature which is intended to boost productivity of users. The device has dimensions of 162.5 x 74.8 x 8.6mm and weighs 195g. It comes coated with Gorilla Glass 5 for its front and back faces. 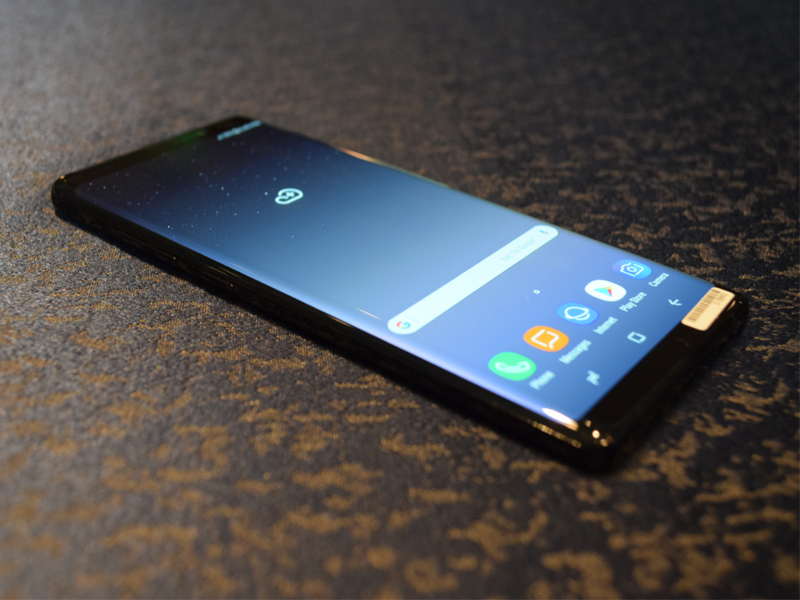 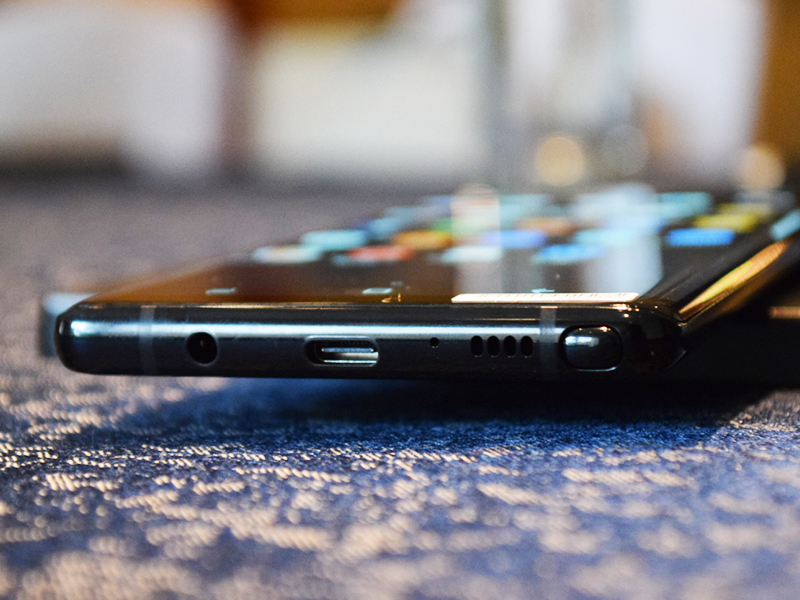 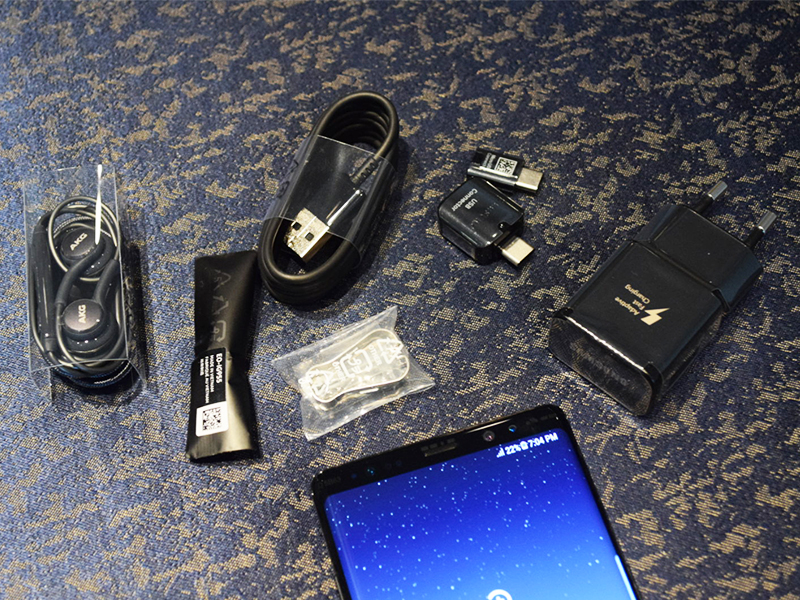 Speaking of productivity, the Note8 comes with an improved S-Pen which allows users to write and sketch on the device even when the screen is turned off. Through this, Note8 users will be able to write on up to one hundred pages which they can pin and edit directly through the Note8’s Always-On display. The S-Pen is also the key to access the Note8’s Live Message feature which allows users to send animated texts and sketches to smartphones with animated GIF support. Moreover, the S-Pen also provides easier translation and unit and currency conversion through its Translate feature which is programmed to recognize up to 71 languages. Also, both of the Note8 and the S-Pen has an IP68 rating making it water- and dust-resistant. 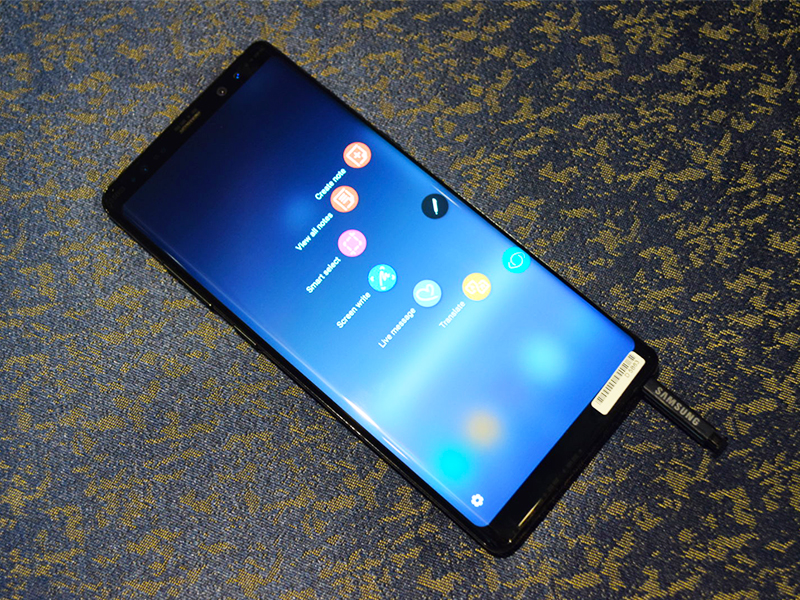 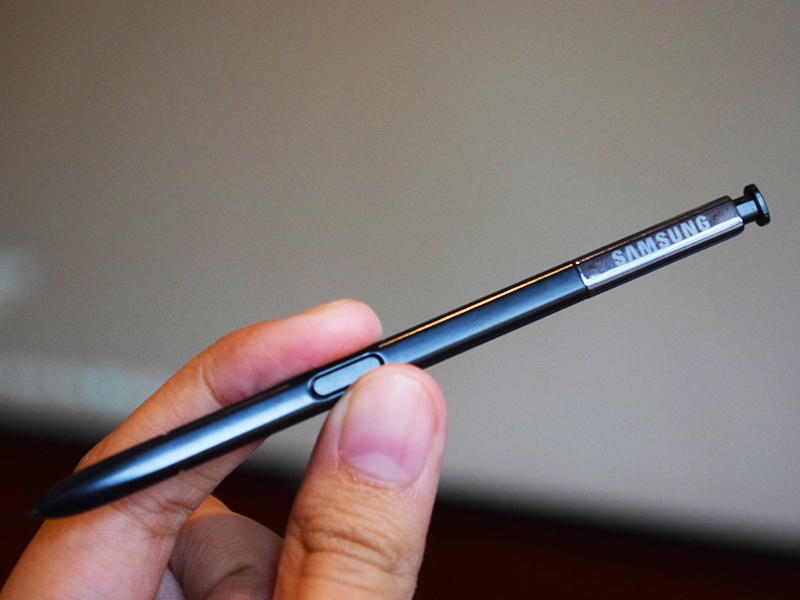 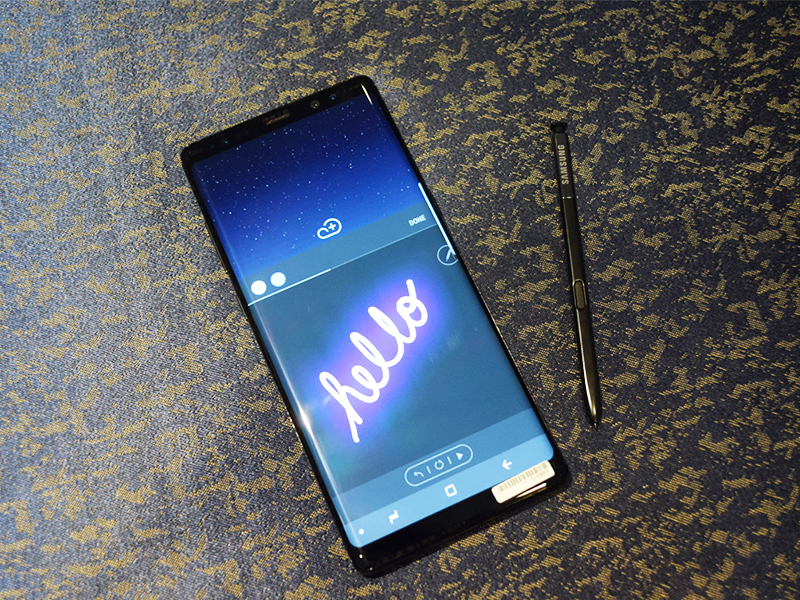 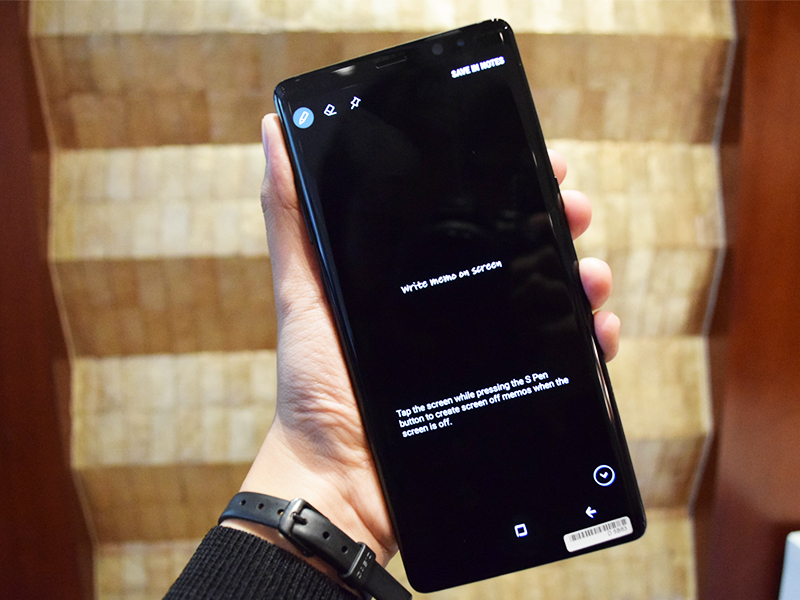 The Note8 also comes installed with the Pen Up application wherein users can interact with a community of Samsung S-Pen users and view a collection of drawings and sketches.

Also similar with the Galaxy S8 and S8+ is the absence of a physical home button at the Note8’s front face. The fingerprint scanner lies at the rear part of the device, sitting next to its cameras. The device also support Face and Iris recognition for an added layer of security. 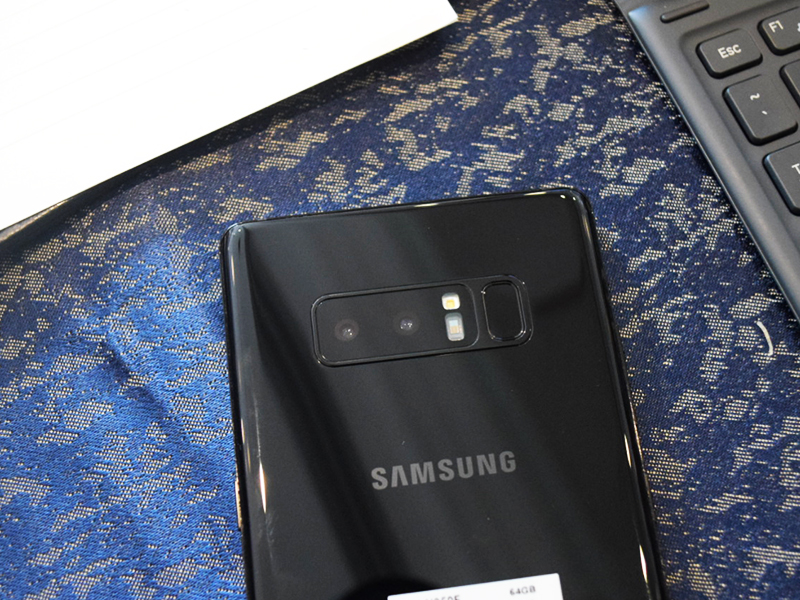 With regard to its imaging prowess, Samsung has finally entered the dual camera battle through the Note8. The device carries a double 12-megapixel cameras with one f/1.7 RGB lens for wide-angle and another one f/2.4 for the telephoto with 2x optical zoom, both planted with Dual Pixel technology Optical Image Stabilization (OIS). The company claims it to be the world’s first dual camera setup to be equipped with OIS. 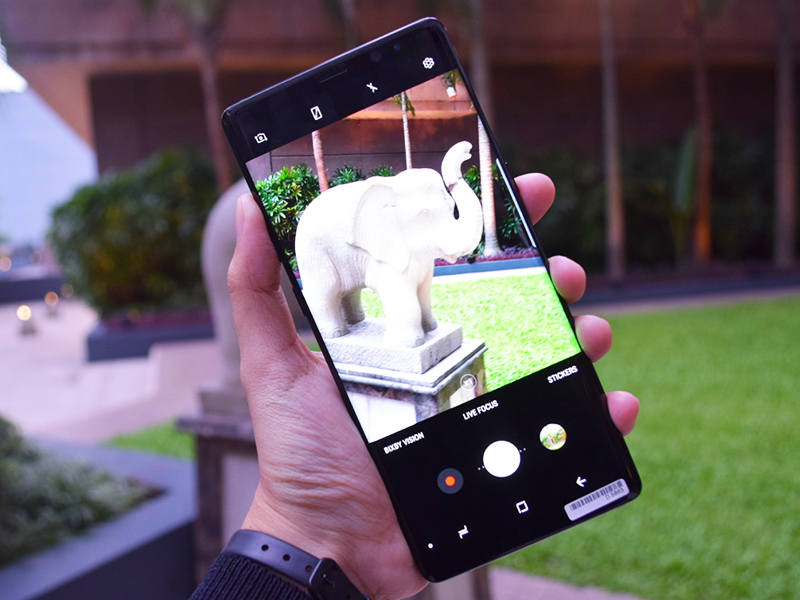 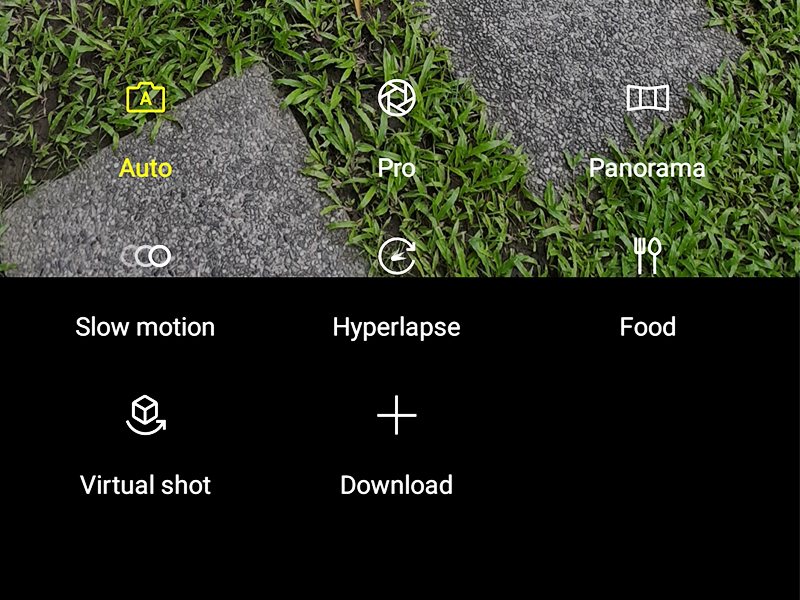 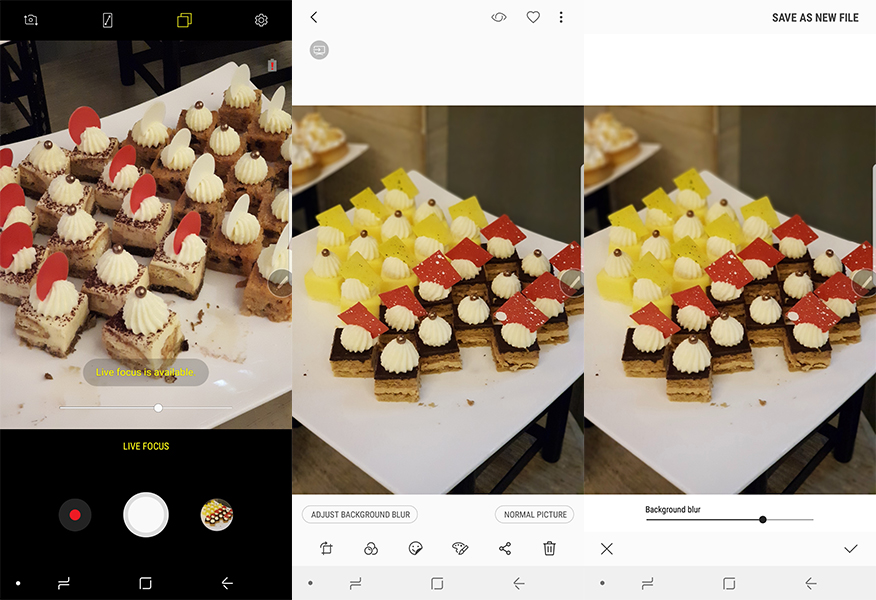 Aside from the common Samsung camera modes which includes Auto, Pro, Panorama, Slow Motion, Hyperlapse, Food, and Virtual Shot as standard, Samsung has equipped the Note8 with the Live Focus feature for photos with blurred and bokeh effect for a defined depth-of-field. Upon taking the photo using the said mode, users can adjust the blurred effect manually. The Live Focus mode also enables the Dual Capture mode which takes a close-up shot using the telephoto lens, and a wide-angle snap. The Note8 is also capable of recording videos at a maximum resolution of 3840 x 2160 4K Ultra HD.

For the selfie camera, the Note8 carries an 8-megapixel shooter in f/1.7 aperture with Smart AF. Front-facing camera modes are similar to that of its rear with an addition for the Beauty effect.

Here are some sample photos taken using the Galaxy Note8: 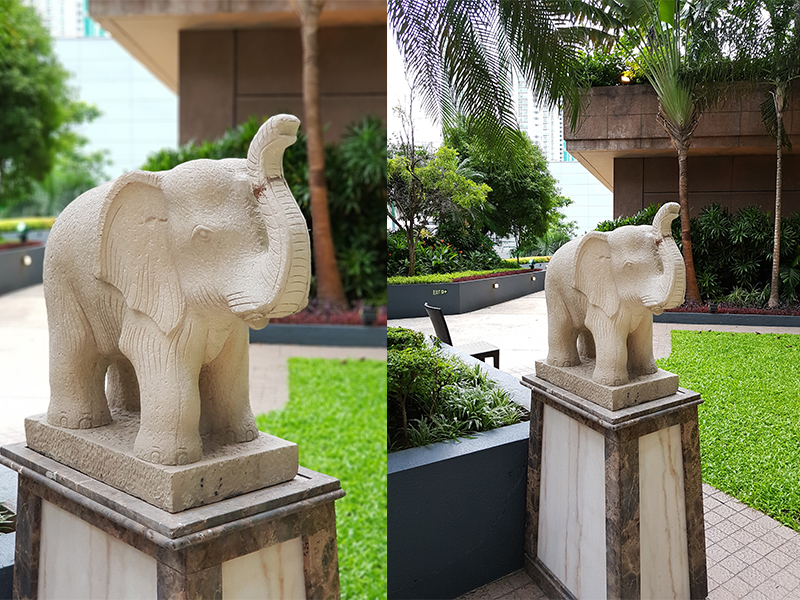 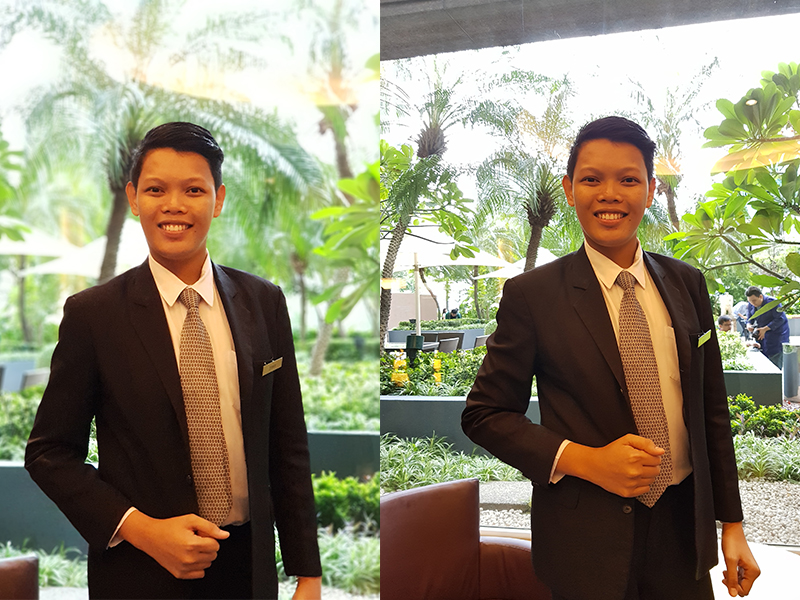 Same setup as the previous photo. Picture on the right taken using Live Focus (click here to see full image), and on the left is on auto mode (full image here). 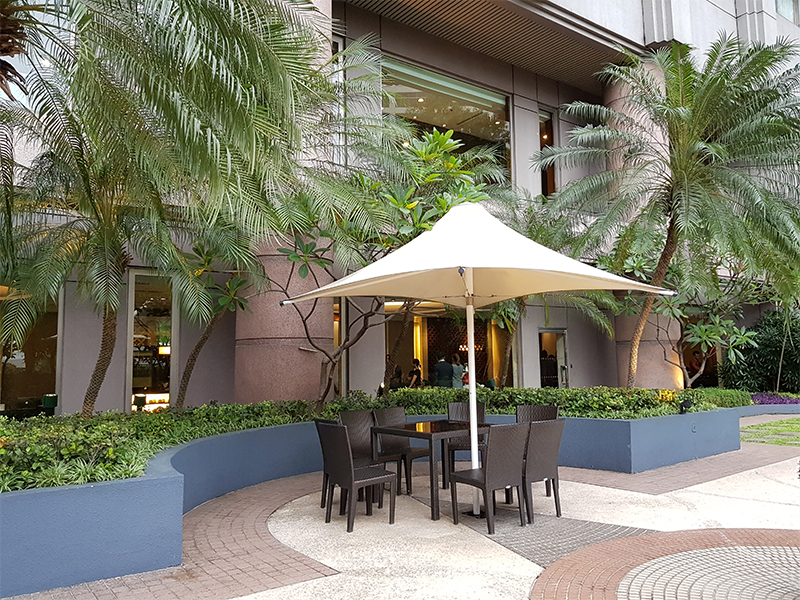 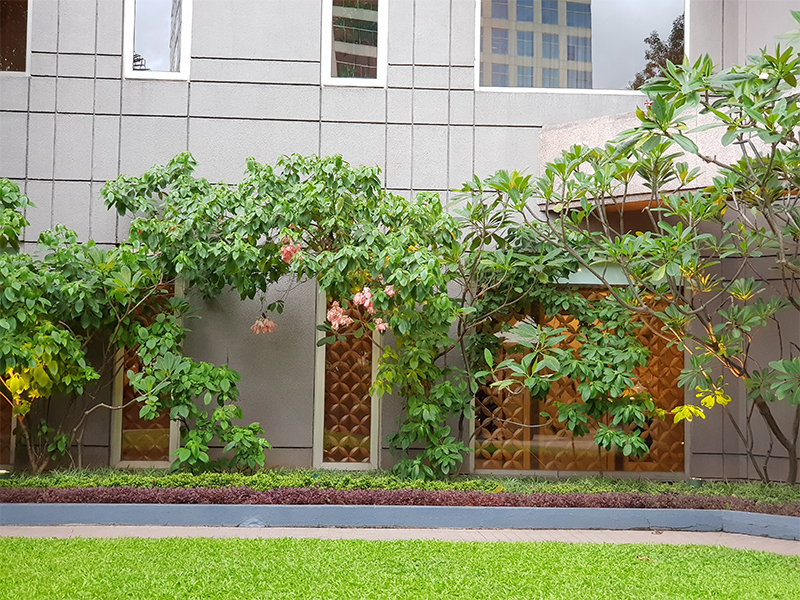 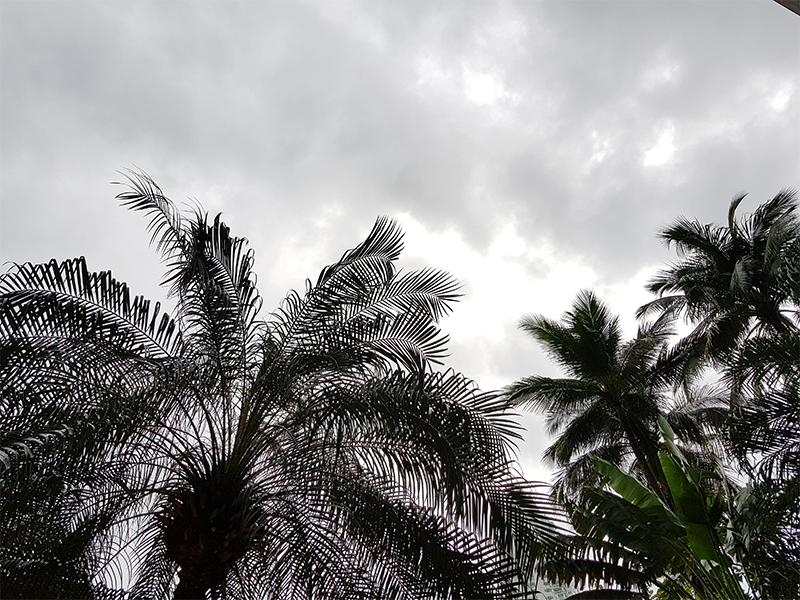 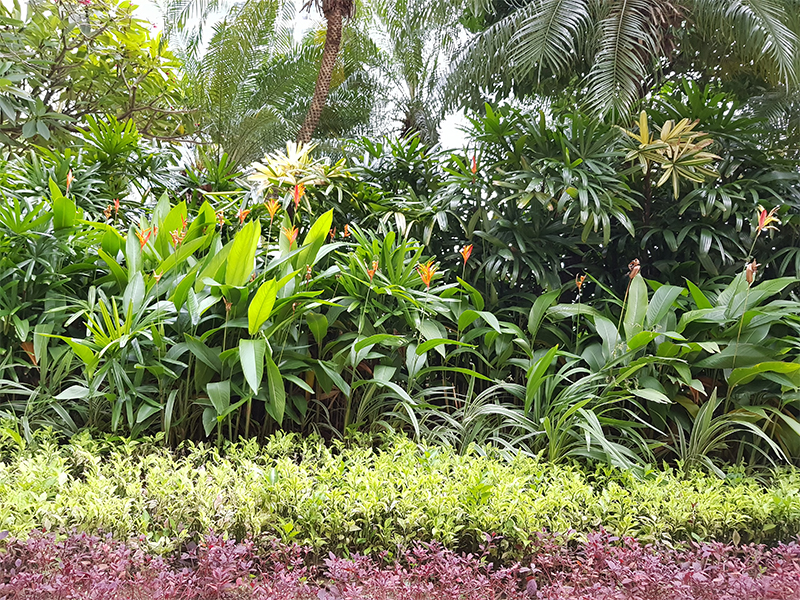 Of course, this new Samsung flagship comes with the company’s own virtual assistant, Bixby which can operate the device through voice command. However, Samsung is still in the works of expanding more this feature as it’s only compatible with native applications as of now. In relation to this is the Bixby Vision, which intelligently recognizes texts and places, and translates through a captured photo. A designated Bixby button is located at the Note8’s left cheek along with the volume controls, while on the opposite is its power button. The Note8 is also compatible with the Samsung DeX. 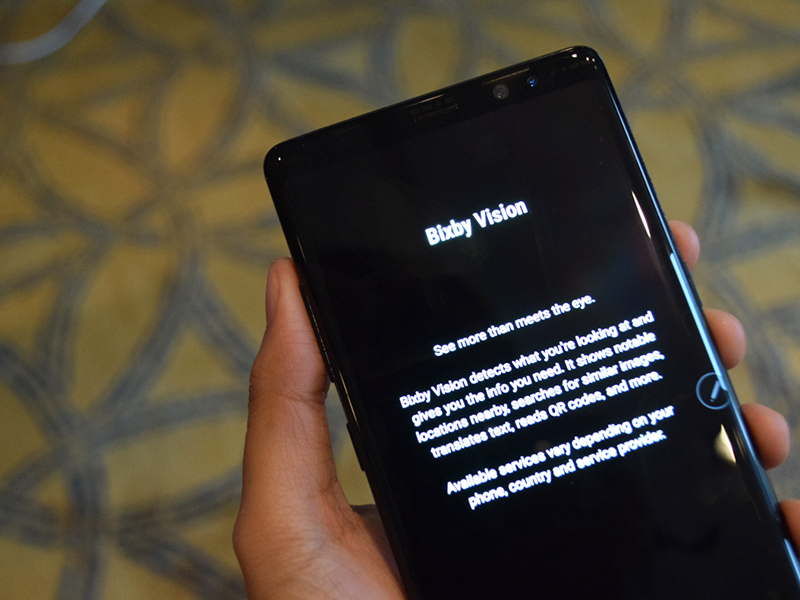 Mirroring its premium physique, the Note8 also comes with powerful specs under the hood. For its processors, it offers Qualcomm Snapdragon 835 processor for Note8 devices available in the US and Europe, while an Exynos 8895 processor for global models. This is complemented with 6GB of RAM and 64GB of onboard storage expandable up to 256GB via microSD support.It runs on Android 7.1.1 Nougat with TouchWiz UI and is powered by a quite mediocre 3,300 mAh stamina.

Locally available in colors of Midnight Black and Maple Gold, the Samsung Galaxy Note8 will hit stores starting September 29 with a tag of PhP 49,990. Users who’d avail during the pre-order period which runs starting September 8 -17 will be given a free AKG speaker worth PhP 7,990.