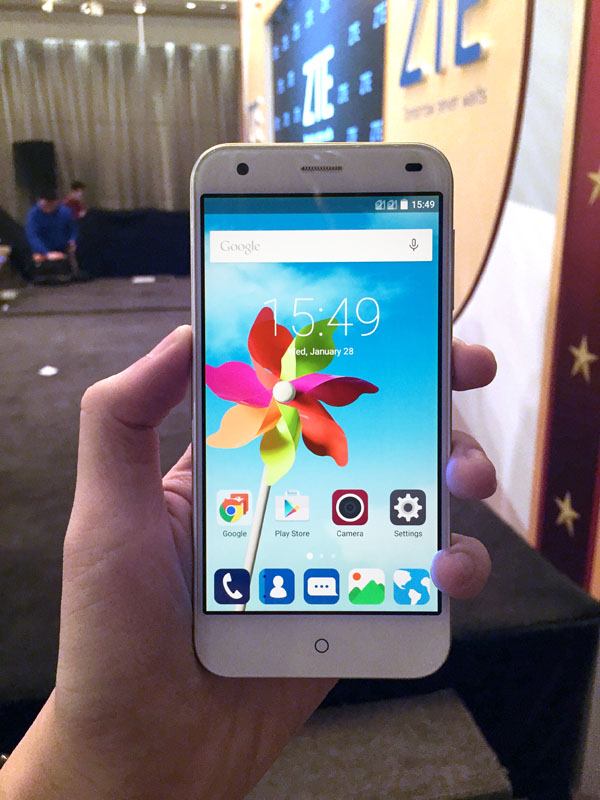 ZTE launched the Blade S6 today, the first smartphone powered by Qualcomm's Snapdragon 615 octa-core processor and running on Android 5.0 Lollipop. The S6 also boasts a sleek aluminum body design and a 13MP Sony rear camera, as well as a wide-angle 5MP front-facing camera. All this for just US$249.99. We take a closer look.

Let's just state the obvious here. The Blade S6 looks a lot like an Apple iPhone 6. it shares a very similar rounded edge design, with a silver aluminum body. Even the front display curves very slightly at the edge, just like on the iPhone 6. Is this a bad thing? Well, no points for originality, but you can't deny, the S6 looks pretty good. Especially when you compare it to other phones in this price range. 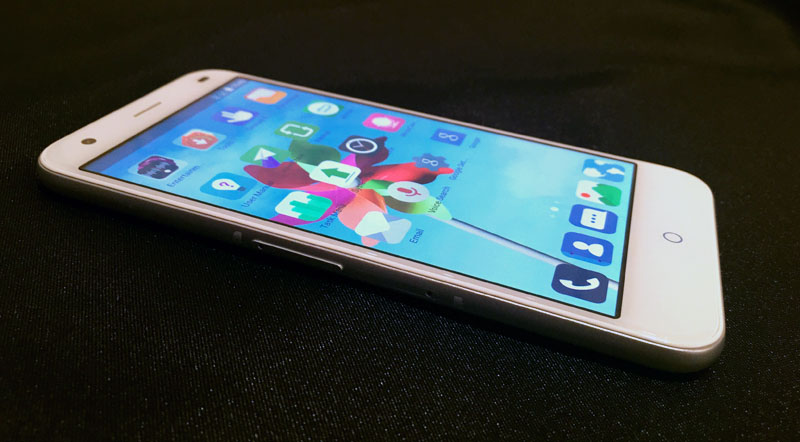 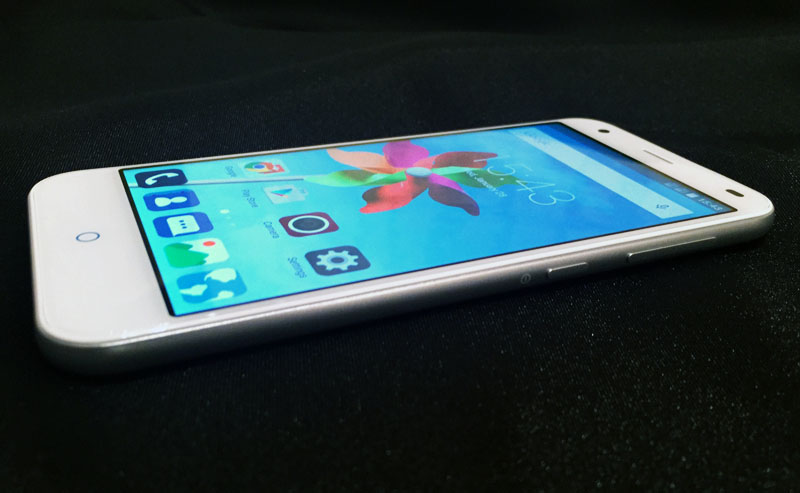 Comparing the two devices directly, the Blade S6 is a little taller, wider and thicker, measuring 144 x 70.7 x 7.7mm, which is to be expected due to its slightly larger screen size. Having said that, they honestly feel almost exactly the same in hand. We had an opportunity to ask ZTE Mobile Devices Vice President and CEO of ZTE AP, Jacky Zhang, about the similarities between the two designs, and he answered "The most important thing is that it looks good." In reference specifically to the curved edge display, Zhang also pointed out that "many good looking devices share similar traits." 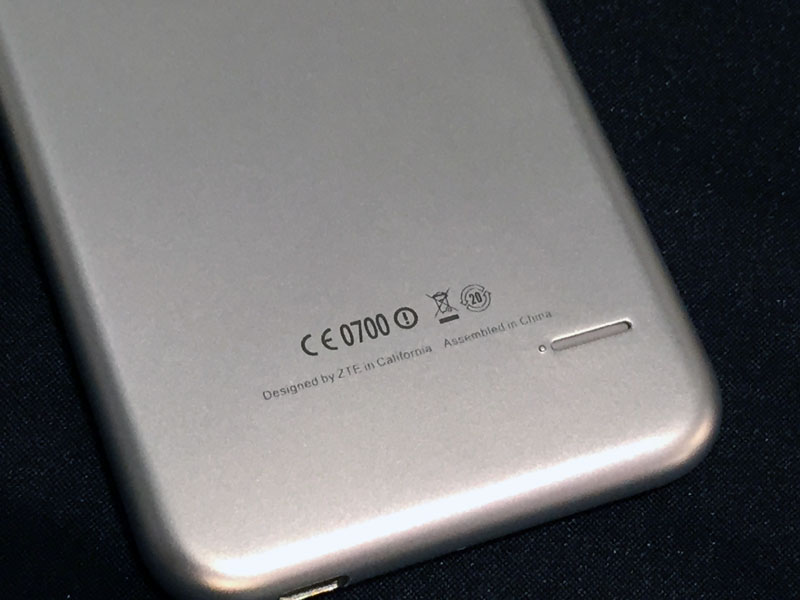 As well as silver, the phone is also available in a Matte Pink color. Despite the name, the matte pink isn't actually very matte, and is more of a shiny plastic finish. It looks like a slightly less vivid version of Apple's pink iPhone 5C. 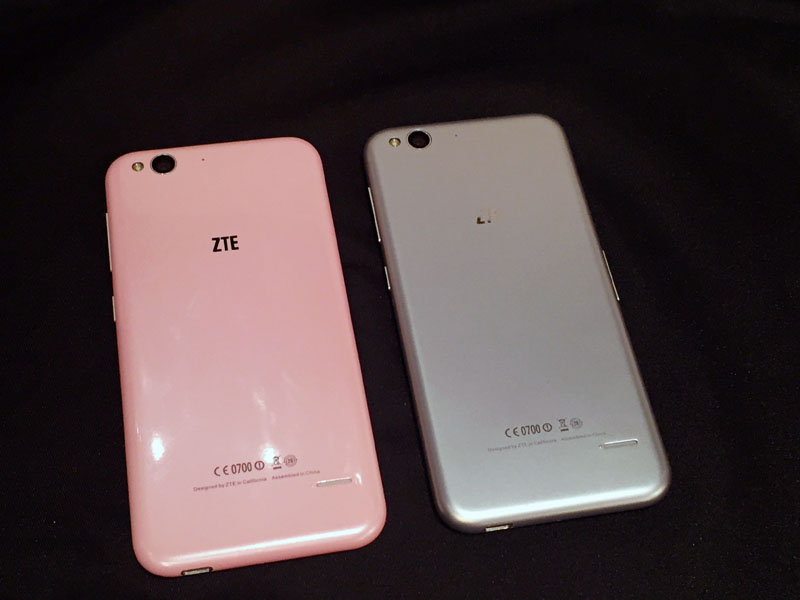 The phone sports a 5-inch 1280 x 720 HD display (293 ppi). In our brief time with the phone, despite its slightly under average screen resolution, the display seemed quite good, with reasonable clarity, decent viewing angles and fairly bright and vivid colors.

On the back of the S6 you'll find a 13MP 1/3.06-inch Sony Exmor RS IMX214 sensor, which incidentally, is the same camera sensor used by Xiaomi in the Mi Note and Mi4. Additionally, unlike the protruding camera module on the iPhone 6, the Blade S6's camera sits flush with the rear of the device. ZTE has also added a few software optimizations to get the most out of the camera, including an 'Expert' mode that lets you manually adjust metering, ISO levels and focal points. To switch between the default 'Simple' and 'Expert' modes, just tap the blue circle at the top of the screen. 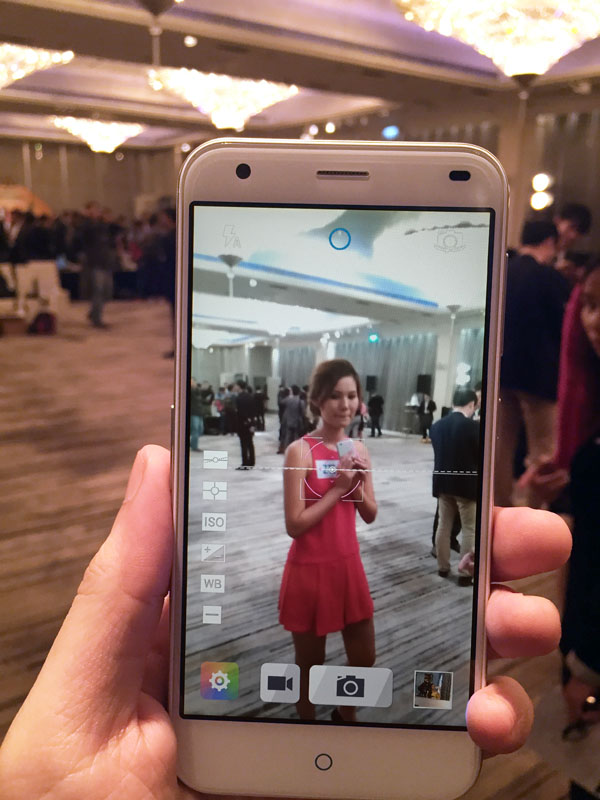 The front camera on the Blade S6 is a 5MP shooter with a wide-angle 80 degree lens, making it ideal for group selfies (wefies? groupfies?).

The S6 is a dual SIM phone, with two nano-SIM slots. Both slots support 4G LTE.

Powering the S6 is Qualcomm's new 64-bit octa-core Snapdragon 615 processor, which pairs a quad-core 1.7 GHz ARM Cortex A53 with a quad-core 1.0 GHz A53. The phone also has 2GB RAM. Storage is provided via 16GB eMMC internally and is expandable via a microSD slot.

We're slightly concerned about battery life on the S6, as it has just a 2400mAh capacity battery. Whether this will be enough juice to keep its octa-core processor running remains to be seen, but we'll reserve judgment for now until we can get our hands on a review unit.

According to ZTE, one of the main objectives when it was designing the Blade S6 is for the phone to be 'fun'. Part of that fun factor is through the S6's Smart Sense gesture-based commands. For example, to quickly turn on the torchlight, all you have to do is shake the phone and it will turn on. Shake it again to turn it off. Very useful for when you're hunting for your keys in the dark.

Finally, holding the volume down button and making a V-shape in the air will get the phone to immediately start playing music. Turn the music off by holding volume down and making a big circle in the air. We're not too sure how the phone picks what music to play, but presumably it randomly selects something from whatever you have in storage.

Here's one of ZTE's models demonstrating to us how Smart Sense works:

The ZTE Blade S6 will launch globally in Q1 this year in both Silver and Matte Pink for US$249.99 (~PhP 10,982). Online availability will be exclusively through Aliexpress, who has partnered with ZTE to launch the phone. Customers who purchase the phone through Aliexpress will have worldwide shipping costs waived.

We'll update details on local availability when we know more.