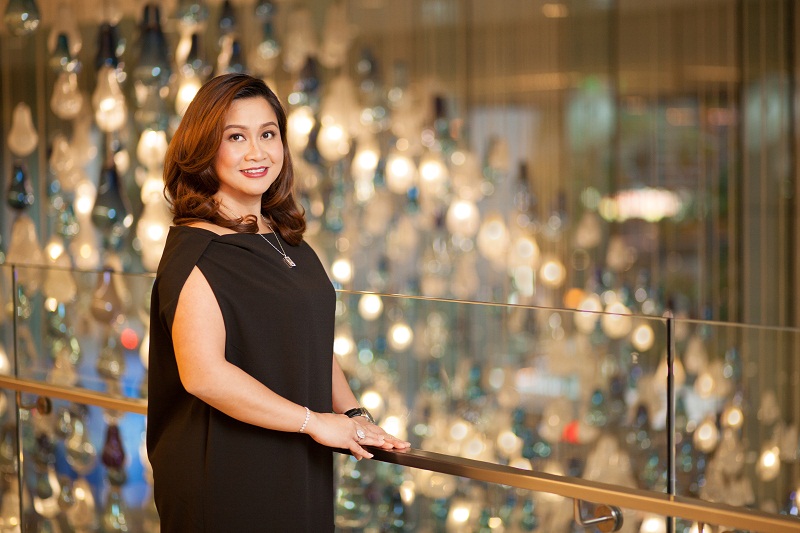 What are some of the significant changes in terms of content consumption that Globe Telecom has observed among Filipino families in the last five years?

First of all, we noticed that watching content is not anymore confined to television. Before, you have one content and everyone in the household look at that. Today, each member of the family has his or her own device for content consumption. The kids have their own tablets. The adults have their own smartphones. In fact, many kids these days do not know the television the way as we knew it. They are just calling it the big screen. Now, people are using different screens. They can use it on their own and they can also share it. So there are different types of usage.

On content, YouTube, in particular, has opened up content consumption and taken off the barrier in watching videos. Before, we were only dependent on cable or free TV in terms of what we can watch. Now, we can watch anything. Apart from that, we can be an author of content. Anybody can become an author, a director, or a filmmaker. That is something different and game-changing.

With the advent of Netflix, content consumption behavior developed further. While YouTube has encouraged consumption of short-length content, Netflix has pushed it even further. People are now watching less of cable and free TV, where you have commercial breaks and schedules to follow. People can watch shows and movies anytime, anywhere, and anything they want without commercial breaks. Netflix has enabled access to thousands of shows and movies that are normally watched through cable TV.

In addition, these platforms allowed us to have an access to content from other countries in real time or based on the time that you prefer. So for example, you guys were watching Riverdale before we started this interview. The show has 25 more minutes remaining and it is okay. Before, you would miss it. An interesting comparison is in an airline setting wherein we have economy class and business class. In economy class, content consumption is linear, meaning, there is a schedule and you just watch content as it plays. However, in business class, you can watch content and customize it when you want. It is on-demand: watch it where you want and when you want.

These platforms also changed the behavior of people who patronize content piracy. Before, people were buying pirated DVDs or going to torrent sites to catch the last ten episodes of their favorite show. Now, you do not have to buy or download pirated content. You can consume it legally, through Netflix or HOOQ, which is our partner particularly for Asian content. The same goes with Spotify. Before, there were pirated MP3s. With the advent of Spotify, consumption of pirated music diminished. The access and distribution of content through these platforms are helping emerging countries like us to uplift the way that we do business by taking out the underground economy.

We deem that these changes in content consumption behavior are also driven by the influx of smart devices. Can you comment on that?

It is really because of globalization. Because of technology, in general, people are more connected and are more aware of what is happening around the globe. The influx of the devices like smartphones actually started the change in the way we consume content. Your smartphone is now your mini TV. In fact, your smartphone is more powerful than your TV. The only advantage of the television is that it has a bigger screen. Before, handsets were used when you are outside home. But now, they are also being used while you are inside home. We noticed that the majority of content consumption at home is through smartphones or tablets and not through televisions. It is an interesting trend, but I think the one that really changed our content consumption behavior is the emergence of platforms like YouTube, Netflix, and HOOQ.

How does Globe Telecom address or respond to these changes in content consumption behavior?

In Globe Telecom, we have done it in three ways. One is by establishing the right connection. For the longest time we have been focusing on mobile, but this time we will focus on broadband. We’ve started investing heavily on high-speed Internet and ramped up on it. In April last year, we started making Binondo a fiber city or a digital city. By the end of 2016, we covered Cebu, Davao, and Quezon City. So in a year’s time, we are covering four places already. This 2017, we’ll cover more business districts and barangays. We’re now covering around 260,000 high-speed lines and we’re targeting to cover around 400,000. Last year, we said we will connect two million households by 2020. But given the current trend, we’ll be able to exceed that. We’re getting there much faster.

The other one is we drastically changed our product offerings. We tripled the speed and data allocation. It used to be our speeds are standard at less than 1Mbps or 2Mbps. Or at PhP 1,299 monthly, you get 10Mbps with 20GB data allowance. But now, most of our plans are now at 10Mbps with 100GB of data allowance at the same price. So for an average of five people per household, each is allotted around PhP 250 per person. In other areas, you’ll spend for as low as PhP 1,899 per month to get 50Mbps and 300GB hours of watching. We wanted people to watch more content and in a way that is consistent with experience. We veered away from unlimited, because in unlimited, you only benefit the few that abuse and overuse it. It actually affects the experience of the ones who use the connection in the right way.

The last but not the least, we partnered with the leaders in content (Netflix, NBA, Disney, and HOOQ) and devices (Apple, Samsung, and Google). And more are coming in. We only partner with the best. So for example, with any plan starting at 1299, people will get free six months subscription of Netflix, HOOQ, and NBA, and one month of Disney. You don’t have to pay for anything. We allow people to try these platforms for free. They have the option of whether they have to continue with it or not. In line with our partnership with device manufacturers, what we’ve done is we offer amortization for devices. A television, for example, would usually cost you starting around PhP 40,000. But with Globe, with the right proof of credit, you can get it for as low as PhP 2,000. If you have multiple floors and rooms, we help in providing data boosters in forms modems or Wi-Fi extenders so you’ll be able to maximize the experience even if you’re on another floor or inside another room. Most of the complaints that we get are about slow Internet, but in reality, it is all about not having the right router or networking device.

What is Globe Telecom's vision when it enhanced its home broadband unit?

We changed our product construct so that people can experience the right home entertainment environment by empowering their homes with the right plan, the right Internet speed, the right data allocation, and the right set of devices.