Gigabyte has just announced an entire range of Intel 9 Series motherboards at Computex 2014 with a big focus on DIY computing. According to Colin Brix, Gigabyte’s Marketing Director, the PC and DIY market is still flourishing and as the world’s top motherboard brand, Gigabyte sells 1 motherboard every 1.57 seconds. For the new range, there will be a total of 34 motherboards catered to every market segment, in four consolidated series which we'll be focusing upon after the photo break:- 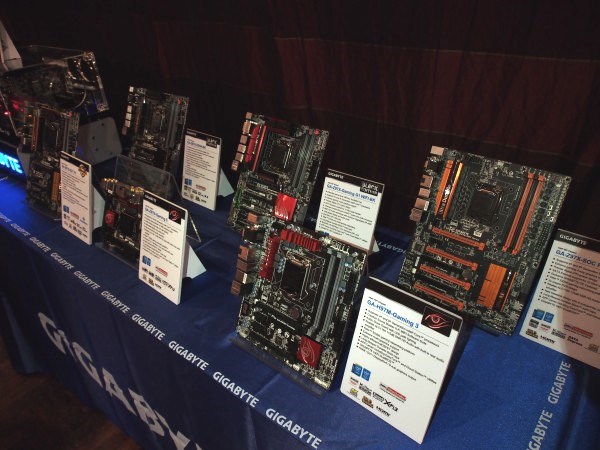 The familiar Durable branding is now a family of motherboards on its own instead of just a feature. With this, Gigabyte has dropped the numbering behind Ultra Durable as any new technologies will just fall under the series umbrella for future boards. Besides the usual Ultra Durable design elements such as 10K Black Solid Caps, Copper PCB, and gold plated CPU socket, the new 9 Series Ultra Durable boards will also feature advanced performance features such as SATA Express support, Killer E2200 LAN chip (selected models), Realtek ALC1150 audio chip with a built-in rear audio amplifier capable of driving up to 600 ohm loads. Gigabyte has also tried to further improve audio quality by removing all signaling and power layers from the motherboard around the audio chip. This will supposedly help reduce signal interference. As their mainstream boards, the Ultra Durable series will also feature a new user-friendly BIOS mode called Smart Tweak. It is also the first ever BIOS to be translated and available in a total of 19 languages. 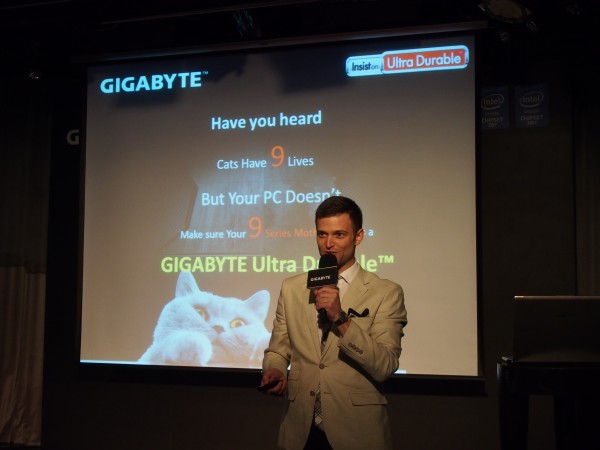 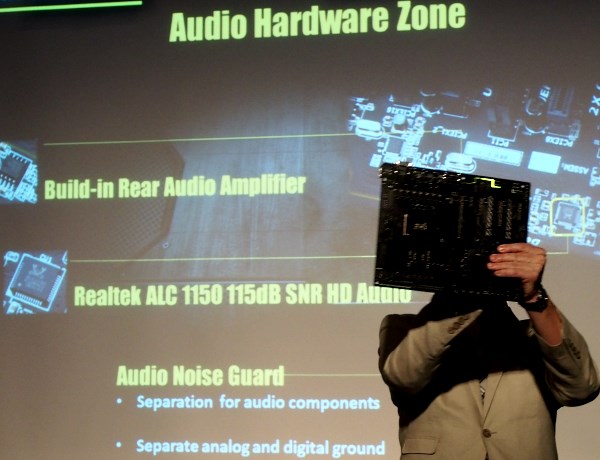 Motherboards in the Ultra Durable range include:

Gigabyte’s gamer series has ditched the green/black theme and now comes with a new red/black design (which in some ways reminds us of the MSI Gaming motherboards). The main upgrades seem to be in the audio department as Gigabyte has spent quite a bit talking about their G1 Audio improvements. This consists of an onboard Creative Sound Core 3D quad-core audio chip (complete with custom gold plated shielding), bi-polarized Nichicon audio capacitors and upgradable OP-AMPs - now with additional gain boost selector switches that will allow you to use high impedance speakers and headphones with the motherboard. G1 Gamer boards also come with twin USB 2.0 ports (called USB DAC-UP) at the rear which feature their own isolated power source. This is designed to allow users to use external Digital-to-Analog Converters with clean, low-noise power. It also features Audio Hardware Zone, similar to the Ultra Durable boards, where there is a separation on the PCB level between audio components to minimize EMI and other noise. Depending on the board model, you’ll also get up to 4x SLI/Crossfire support, Killer E2200 LAN, and a MOSFET heatsink designed for water-cooling with custom barb fittings. 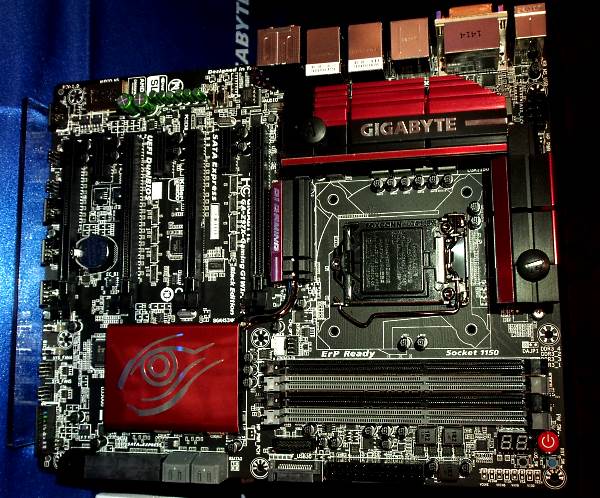 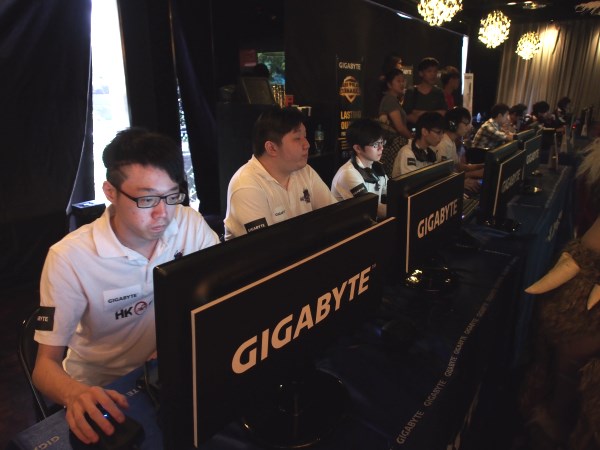 Motherboards in the G1 Gaming series include:-

If you want to push your board to the limits, the Overclcoking series is your best bet. These boards feature a host of on-board switches and controls for better control and diagnostics. These include an OC Ignition button that maintains power to the motherboard, connected components and fans (Except the CPU) even while the system is in shutdown. Dedicated OC DIMM and OC PCIe Switches allow users to manually turn off or on each channel of installed memory DIMM or PCIe lane so you can disable select memory or graphics card without physically removing them. Other buttons include OC Tag to load customized presets, OC Turbo to load most optimized OC preset, OC Touch to control CPU ratio and BCLK stepping, and OC Trigger switch to jump between low and overclocked frequencies while the PC is running. Overclcoking series boards also feature an all-digital power design using International Rectifier PWM components and MOSFETs, OC PEG for additional auxiliary power for 4-way graphics configurations, plus OC Brace, a clever bracket for your to safely showcase your multi-GPU setup on an open case or test bed without risking damage to PCIe slots - you know, graphics cards these days are bricks. 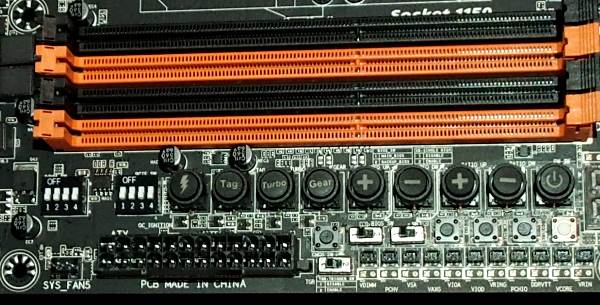 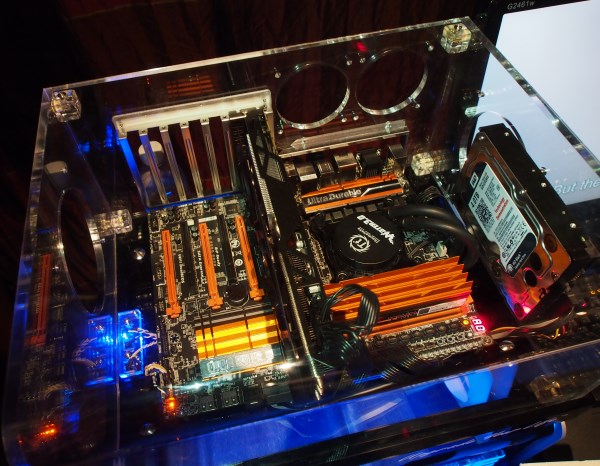 From what we see, Black Edition boards aren’t specifically new designs, but select models that undergo an additional set of rigorous testing that lasts 168 hours (7 days straight) as a promise of unmatched stability and reliability. These boards are then marked as Black Edition and will come with individual certificates of validation signed by the VP and GM of manufacturing at Gigabyte. Black Edition boards will also come with extended 5-year warranties and you have the privilege to join the very exclusive Black Edition Members Club for additional benefits. 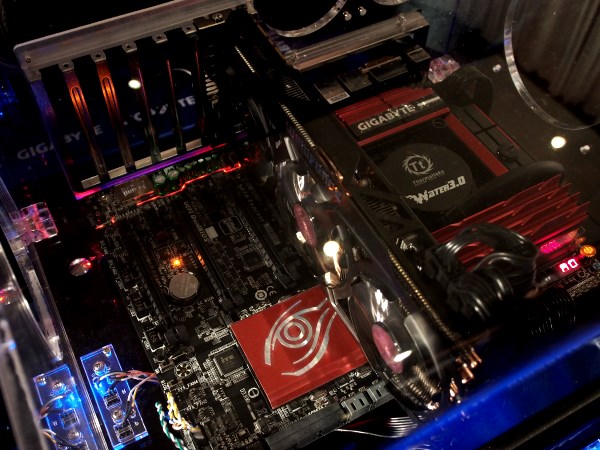