Gigabyte at Computex 2017: From gaming to deep learning

Gigabyte at Computex 2017: From gaming to deep learning 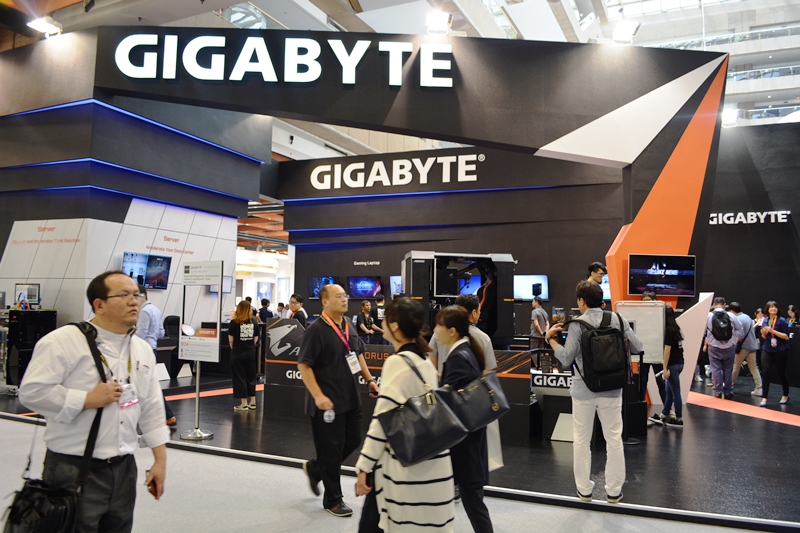 A smorgasbord of solutions

Gigabyte had a considerable presence at Computex this year. Apart from having a booth in one of the key exhibition halls, the Taiwanese company also took a space inside the prestigious Taipei 101 where it toured select guests to its current lineup of computing solutions, ranging from motherboards to fully functional mini PCs. Through different demos, Gigabyte was able to show the usage of its computing solutions in a wide variety of applications, ranging from gaming to more complex processes such as deep learning. 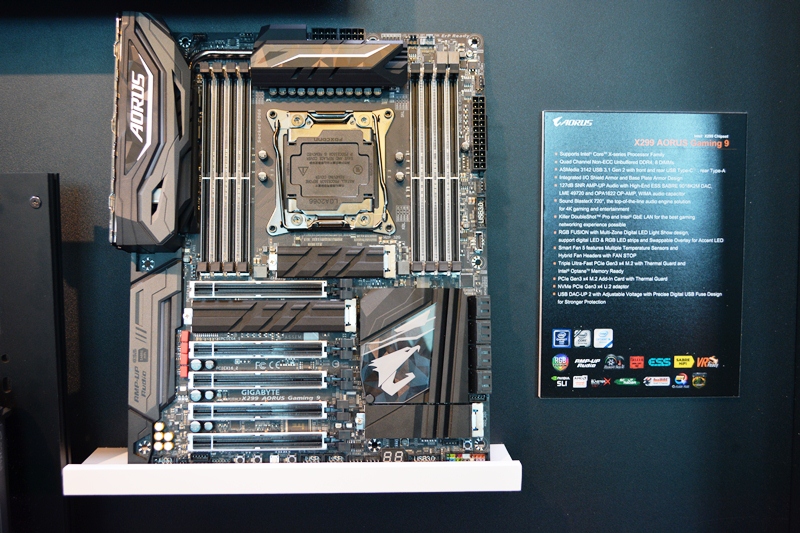 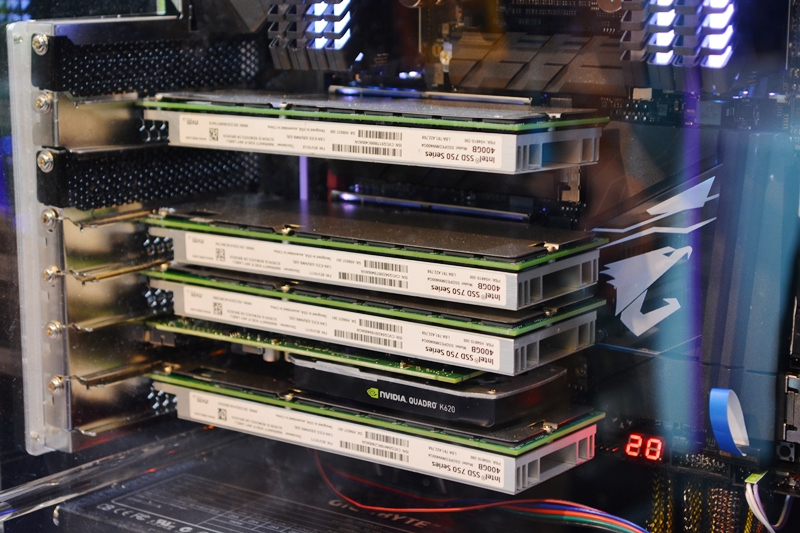 Similar to other vendors present at Computex (ASUS, ASRock, and Biostar), the biggest news of the day for Gigabyte was its roster of Intel X299 motherboards. Gigabyte's hero offering for this category is the X299 AORUS Gaming 9. Showing a possible setup that can be made with the board, Gigabyte had it equipped with an NVIDIA Quadro K620 graphics card together with four Intel 750 Series PCIe SSDs for storage. 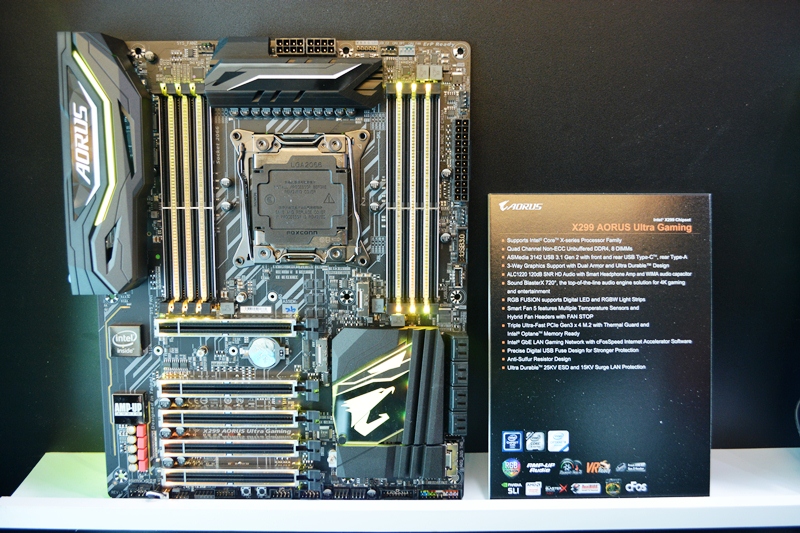 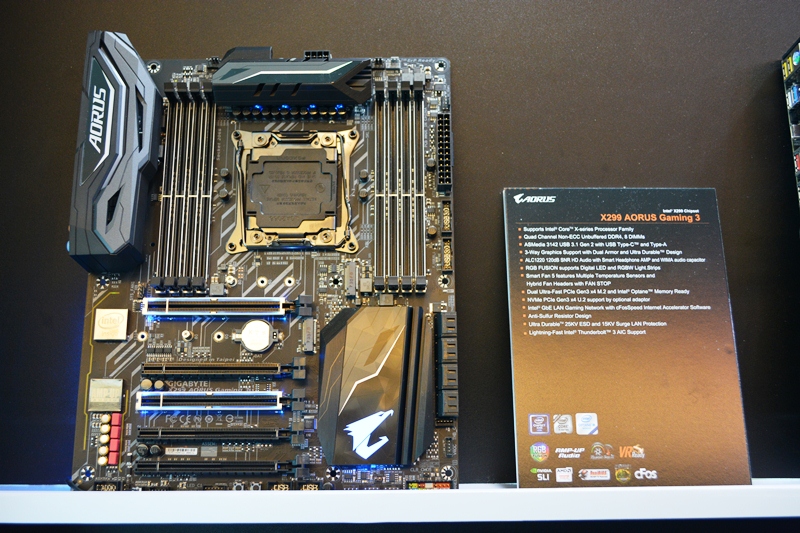 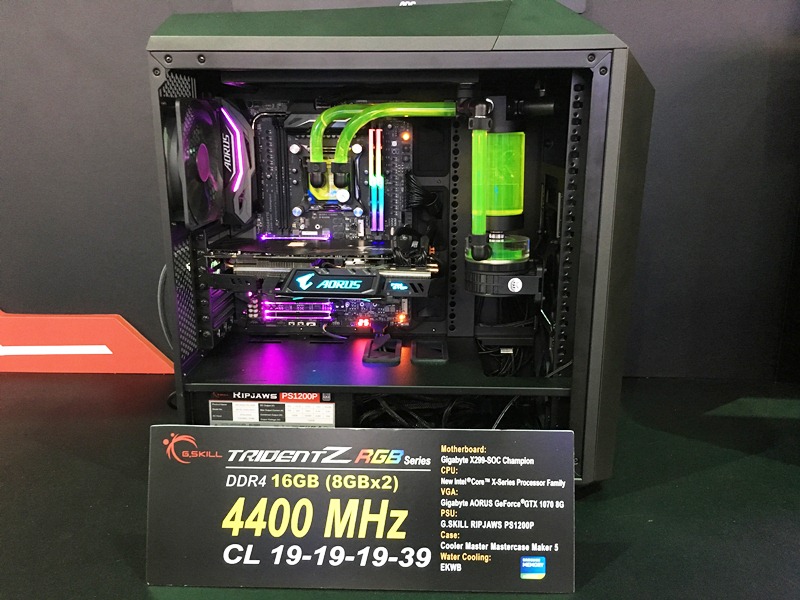 Other models in the series include the X299 AORUS Ultra Gaming, and the X299 AORUS Gaming 3. Earlier, at the G.SKILL booth, we reported that the Gigabyte X299 SOC Champion motherboard was able to hit a high memory speed. The board was equipped with 16GB (2x 8GB) kit of G.SKILL Trident Z RGB DDR4 memory modules that reached 4400MHz at CAS latency timings of CL19-19-19-39. 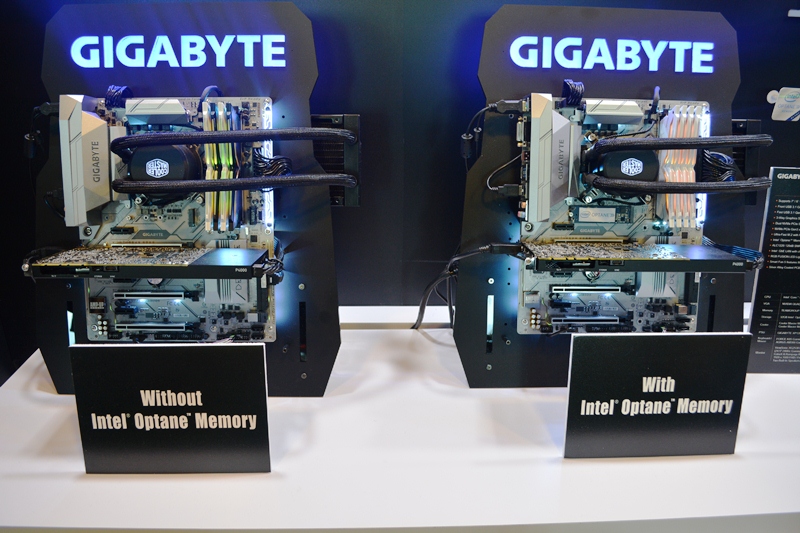 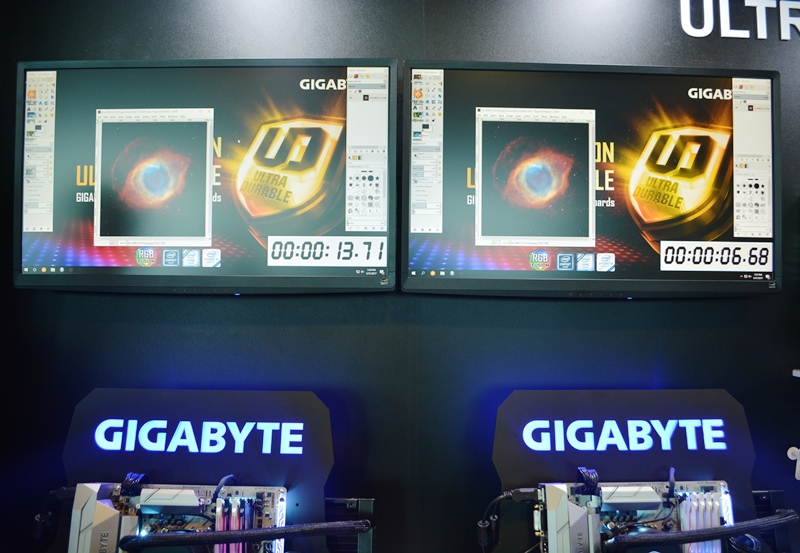 Intel Optane memory was also getting the spotlight during Computex. In order to show to visitors the advantage of this new technology, Gigabyte employed two GA-Z270X-Designare motherboards to show the performance difference between a setup equipped with Intel Optane and a setup that doesn't have it. The demo was able to show that Intel Optane-equipped setup can finish tasks (like image manipulation) faster than a non-Intel Optane setup. 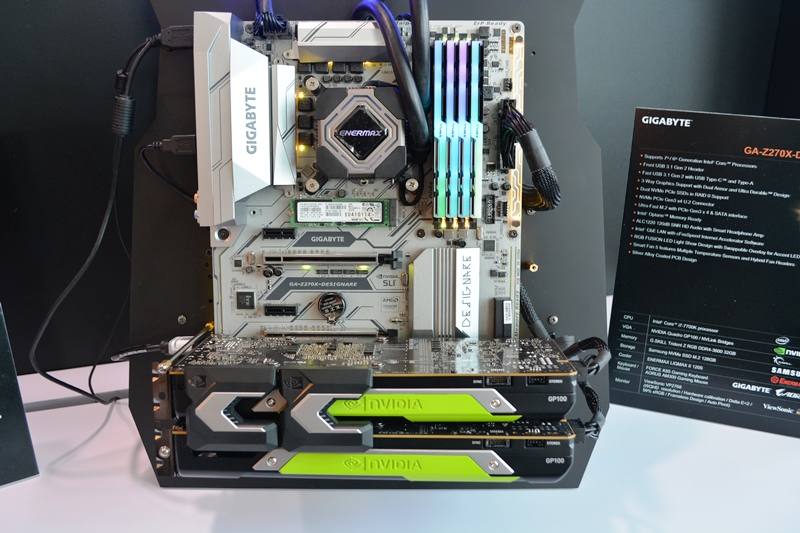 Demonstrating that its motherboards can also serve as a base for advanced computing projects such as those concerning analytics, big data, and deep learning, Gigabyte had a sample of the GA-Z270X-Designare equipped with a pair of NVIDIA Quadro GP100 graphics cards. Setups such as this are expensive as each Quadro GP100 card can cost up to USD 10,000 (approximately PhP 500,000 in our currency). 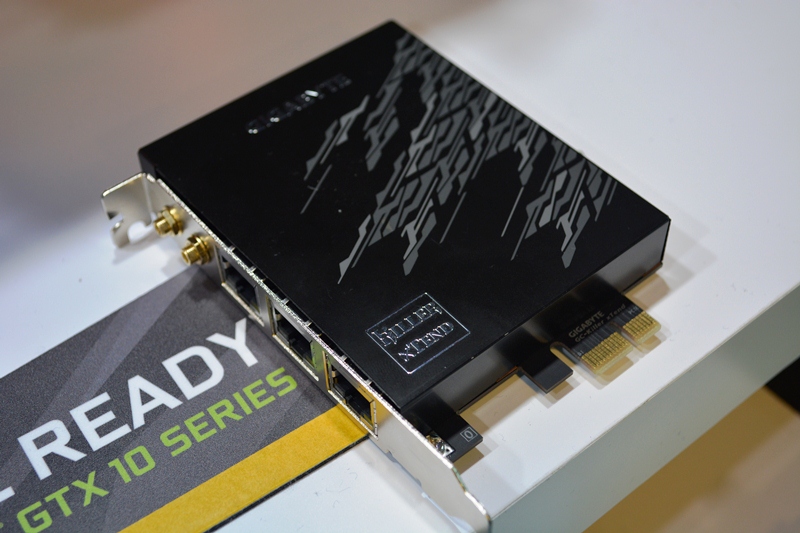 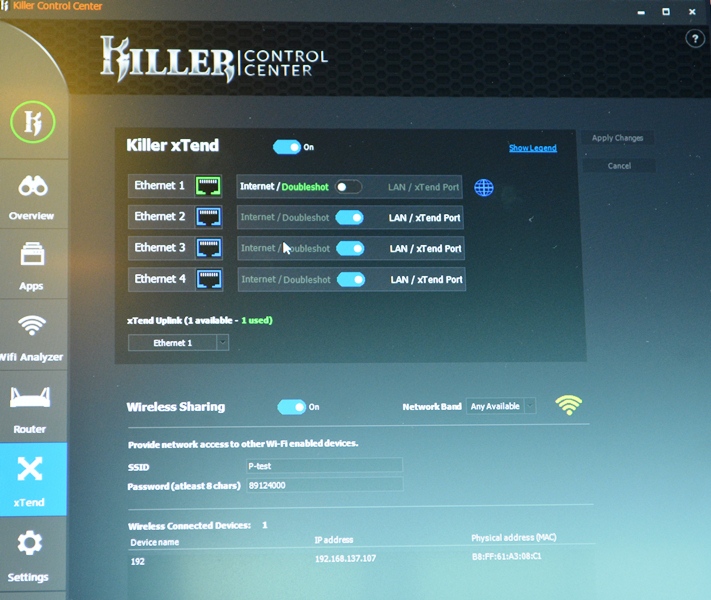 One of the upcoming interesting networking solutions from Gigabyte is the GC-Killer xTend. This PCIe card, according to Gigabyte, can transform a PC into a router, complete with functional Ethernet ports and a Wi-Fi chip. Currently an item that can be sold separately, Gigabyte is pondering on bundling it with select motherboards in the near future. 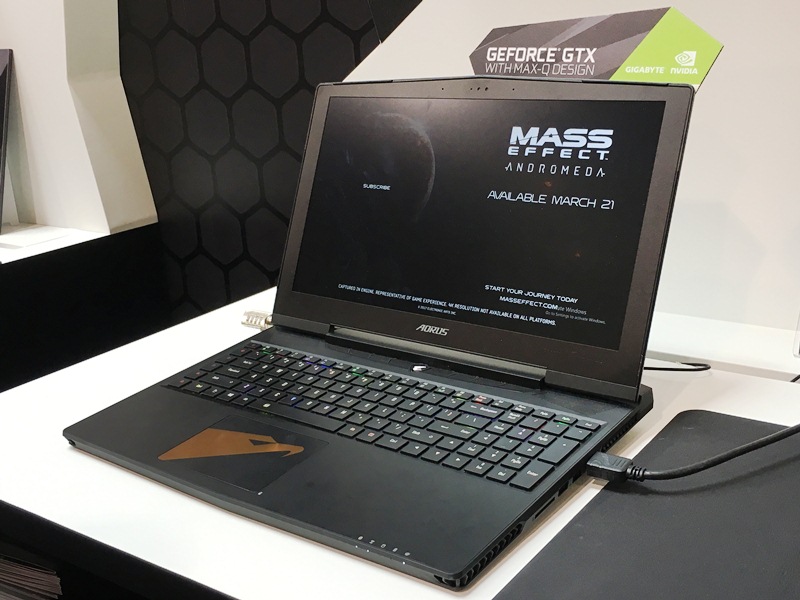 Gigabyte also showed off its rendition of a gaming laptop that complies with the NVIDIA GeForce GTX Max-Q design in the form of the X5 MD. NVIDIA's Max-Q enables thin gaming notebooks to pack more powerful GPUs such as the GeForce GTX 1080 by enhancing the cooling performance of the machine. The X5 MD comes with Intel Core i7-7820HK CPU, supports up to 64GB RAM, and is thin at 22.9mm. Max-Q gaming laptops that we saw from other manufacturers included the Acer Predator Triton 700 and the ASUS ROG Zephyrus. 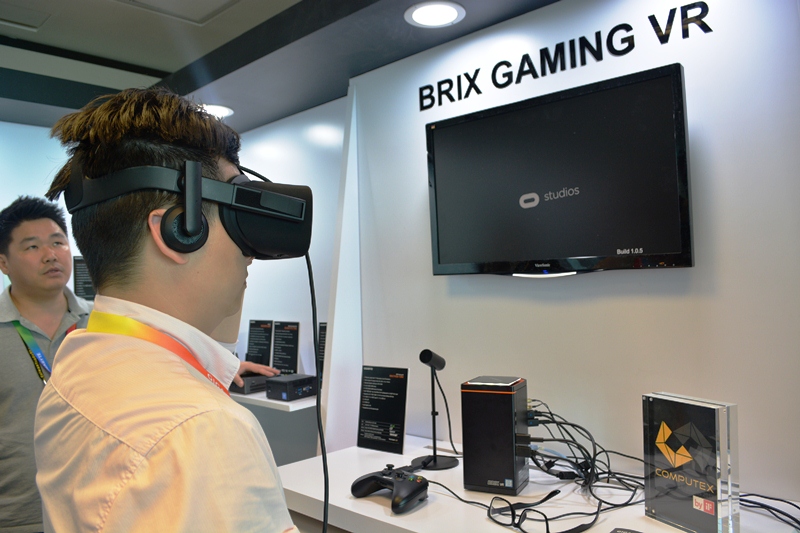 Recognized at the Computex d&i Awards, the Gigabyte BRIX Gaming VR made an appearance during the tour where it was demoed complete with a game controller and a wearable VR equipment. Clad in a brushed aluminum chassis, this mini PC is as capable as a full desktop rig, housing a 7th Generation Intel Core processor, NVIDIA GeForce GTX 1060 GPU, DDR4 memory, M.2 2280 SSDs, and connectivity options such as USB 3.1 Type-C, USB 3.0, Gigabit Ethernet, Wi-Fi, mini DisplayPort, and HDMI 2.0. 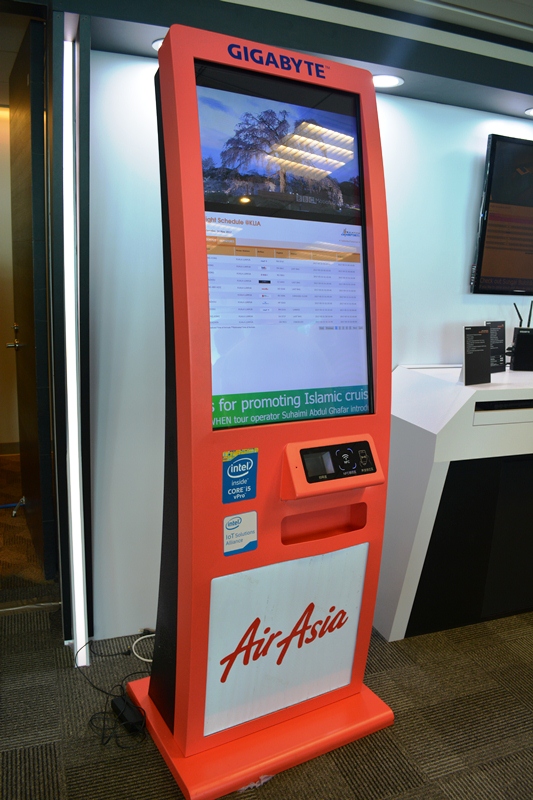 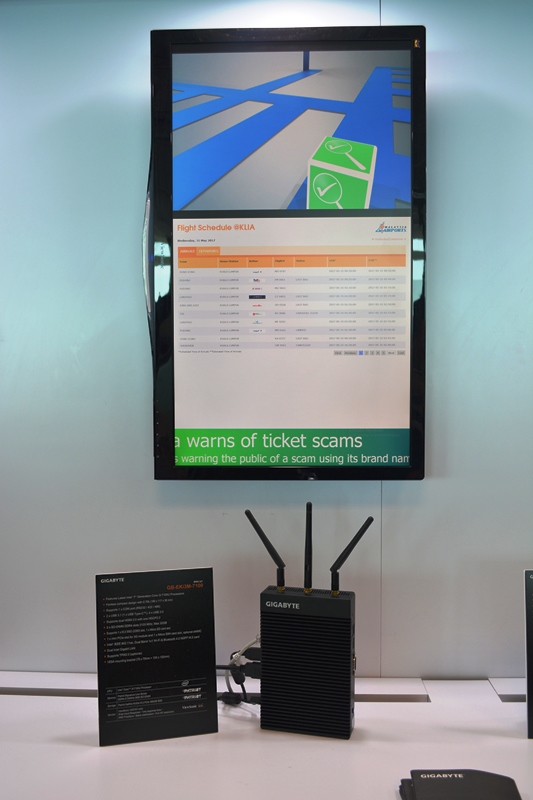 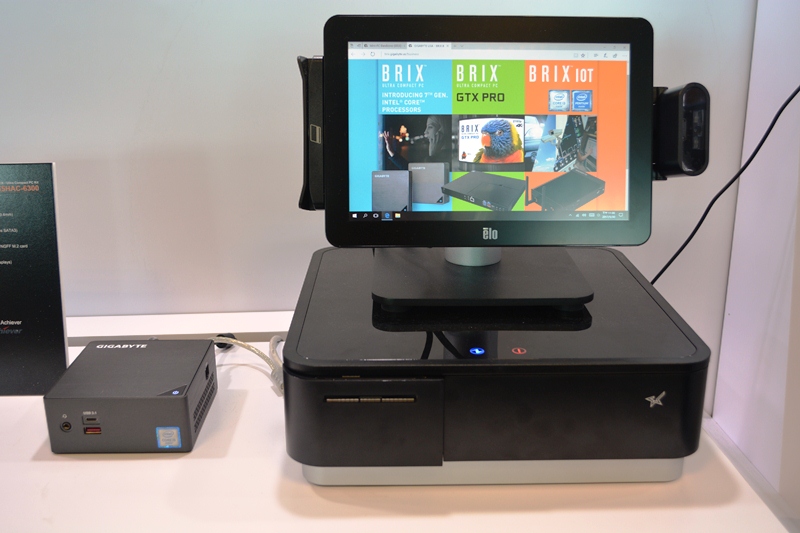 Traversing beyond gaming, Gigabyte's mini PCs have also shown more practical potentials in business applications such as in digital displays and POS in retail stores.