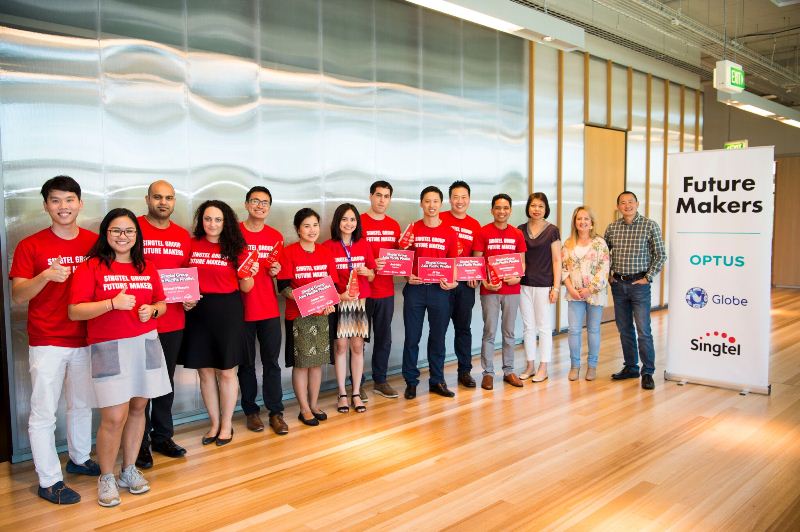 Social innovation startups iVolunteer and Virtualahan, along with four others, were recently announced as winners at the Singtel Group Regional Future Makers 2017 which was held in Sydney, Australia.

Now on its second year, the Future Makers program received over 250 applications from individuals and organizations that are utilizing technology to address community needs. Nineteen teams were picked and had the privilege to collaborate with experts from Singtel, Optus, and Globe Telecom over a period of four months.

“We recognize that it can be challenging for social startups to thrive as sustainable businesses and deliver social impact at the same time. Through the Future Makers program, we hope to nurture a vibrant social innovation ecosystem in the region by providing mentorship, networking, and access to impact funding," said Andrew Buay, Vice President of Group Sustainability, Singtel. “We’re impressed by the caliber of the startups, and the diversity and quality of business ideas this year. The six winning teams, in particular, stood out for the viability and scalability of their solutions regionally and the progress they made over the past four months. We look forward to the positive changes they will spark as they accelerate their regionalization plans,” he added. 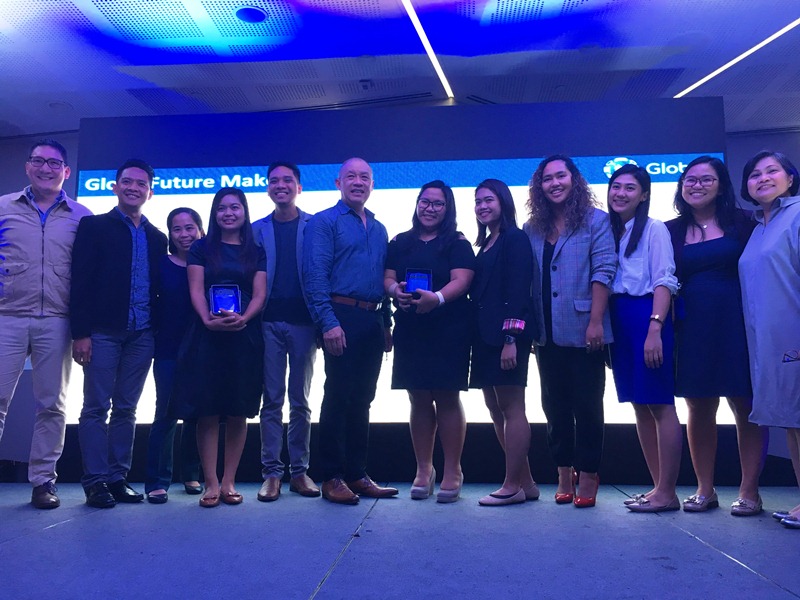 In the Philippines alone, the inaugural Globe Future Makers, staged in partnership with Kickstart Ventures and Ashoka, received a total of 135 entries from which five teams topped the competition, namely iVolunteer, Milktrack, The Spark Project, TULA (The Ultimate Learning Accelerator), and Virtualahan. iVolunteer and Virtualahan were chosen to represent the country in the regional competition.

"Helping startups isn't really new to Globe. We have Globe Labs that does it. We have Kickstart, our venture arm that does it. And we have the support of the Singtel Group and Optus to make this possible,” said Ernest Cu, President and CEO of Globe Telecom. “We are very glad to see that social innovation has really become part of the Globe portfolio. In the Philippines, doing social innovation is still at a very early stage. In a country like the Philippines where there is a tremendous number of problems to be solved, I do believe that technology does provide significant amounts of leverage and can affect many people quickly,” he added.

“We recognize the important role technology plays in addressing many social issues, so it’s heartening to see a lot of startups use innovation to become change makers. These are all very noteworthy endeavors and we admire the creativity of these groups and individuals in helping to create the change we envisioned in dealing with social ills," Yoly Crisanto, Globe Senior Vice President for Corporate Communications and Chief Sustainability Officer, remarked.

iVolunteer and Virtualahan joined the four other winning teams from the Asia-Pacific region, namely Hapticus, Learner Library, Sameview, and Solve Education!. The six winners took part in a three-day program, in Sydney hosted by Singtel. As part of the program, they attended the Impact Investment Summit Asia Pacific, and a workshop conducted by Optus and World Vision Asia. The winners also got the chance to pitch to a panel of global impact investors, allowing them to secure an additional SGD 100,000 funding from the Singtel Group. 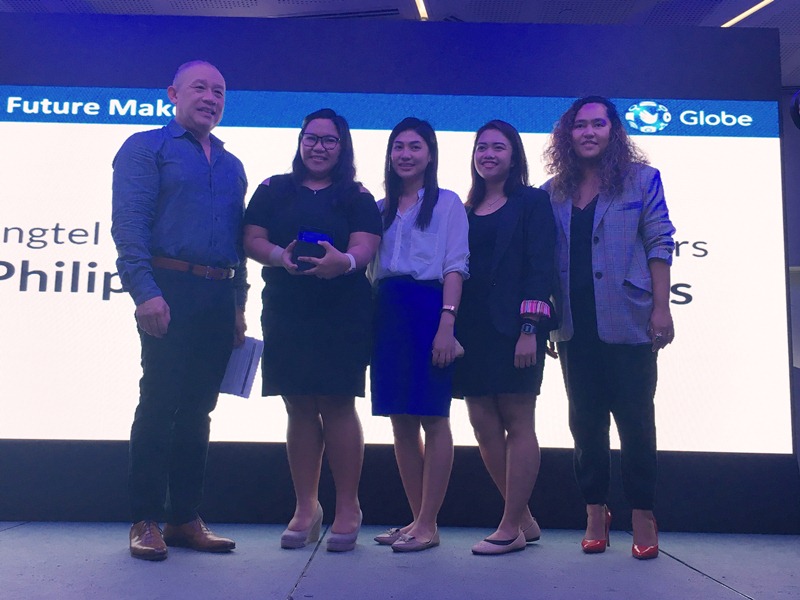 iVolunteer is a non-profit organization that provides a convenient platform where everyone is encouraged to volunteer.

"Our dream is very simple: we want to have a better Philippines. We know that we cannot do it alone and the government cannot do it alone, so we ask everybody to volunteer and share a bit of their time, treasure, and talent," said JB Tan, co-founder of iVolunteer. "For interested volunteers, they can do it by just visiting our website at ivolunteer.com.ph. We partner with NGOs that need volunteers. We don't create our events just for the sake of having volunteers because that would not be impactful and sustainable. We also focus on other activities like animal welfare, arts and culture, sports, poverty alleviation, gender equality, and the elderly. We want as much variety as possible because different people have different interests," he added. 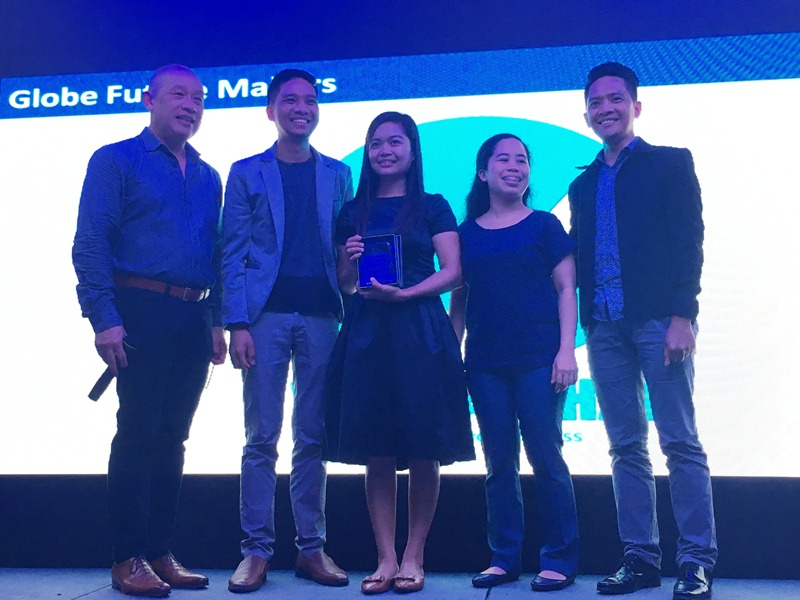 Virtualahan is a social enterprise that trains, matches, and employs people with medical, mental, and physical disabilities to work as remote employees for digital businesses around the world. Community members undergo a six-week intensive digital skills training, three-month employment support, and one-year life coaching program. Successful candidates proceed to employment support where Virtualahan either directly hires them or refer them to employment partners for placement.

Part of Virtualahan's impact formula, it also ensures the well-being of the candidates. "We talk about empathy, teach people and their families how to embrace their disability, transforming them to become active citizens," said Ryan Gersava, Founder and President of Virtualahan. "Another component is the advocacy part where we reach out to the public, telling them issues regarding HIV and AIDS awareness. We cater to a very diverse group. Even though they (the candidates) came from different backgrounds, they share this common pain that is so difficult to find meaningful employment and mainly that is attributed to employment discrimination. Our goal is to create a future of work where no one is left behind."