Plus One with Google+

Plus One with Google+

Show of hands: who's heard about Google+ or managed to join the social network created by the search giant? Either way, in just a short few days, Google+ has become one of the hottest topic in the tech scene, with people viewing it as a real challenge against Facebook.

Unlike Facebook and Twitter, Google+ taps onto the search giant's existing network, and compiles it into a social network style that's easier to adopt amongst its users. As many can guess, Google+ is essentially an enhancement to its existing services such as Gmail, Picasa, Gtalk and much more.

How is Google+ going to differentiate itself from existing social networks such as Facebook and Twitter, and how does it integrate its services? These questions will be answered in due time, and before we proceed to explain the basics of Google+, let us answer the most important question for those who are interested in Google's social network.

How do I Join Google+?

Google+, like the earlier Google Wave, is starting off as a limited field trial. For the lucky few who managed to get onto the network, invites were initially available, allowing existing Google+ users to bring more people into the network. Sadly, invites were tossed out at an insane rate, which led to Google temporarily suspended its invitation mechanism for Google+.

While the official channel was closed, there was another way to add more people into the Google+ network. According to ReadWriteWeb, all you need to do is get someone to post a comment, and add your email address into the "Add people or circle to share with". In doing so, an email will be send to the address, and all you need to do is click on "Learn more about Google+" to get access to the social networking service from Google. 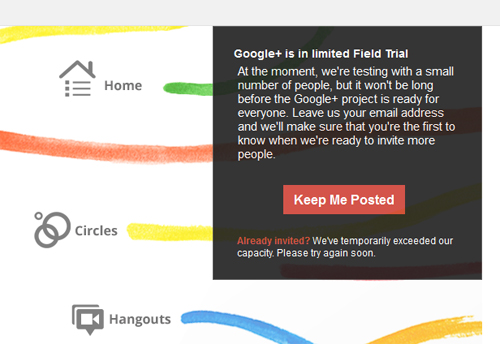 However, over the weekend, we've had reports of invites not being received, while there were talks of Google+ being open to the public. A quick check on the Google+ page reveals otherwise, showing the service to be limited once more. And judging from what we've heard, Google has seemingly closed off the unofficial route to Google+.

Was this a wise move? While it's been less than a week, the hype over Google+ is undeniable. To close off invitations to a network that requires critical mass to have a semblance of a strong network might not work too well for the company. However this being the first iteration, the search giant is probably learning how existing people are taking to it before tweaking and hopefully opening up the invites.

That being said, how is Google+, and what do we feel about it? In the following pages, we'll give you a primer to Google+, which will be useful once you've hopped onto Google's new social network. As we round up the article on the fourth page, we've also shared personal thoughts from various writers and editors in the HardwareZone team on how Google+ is different, for better or worse, from the prevailing Facebook and Twitter social network.