Green is in: The rise of renewable energy in the region

Green is in: The rise of renewable energy in the region 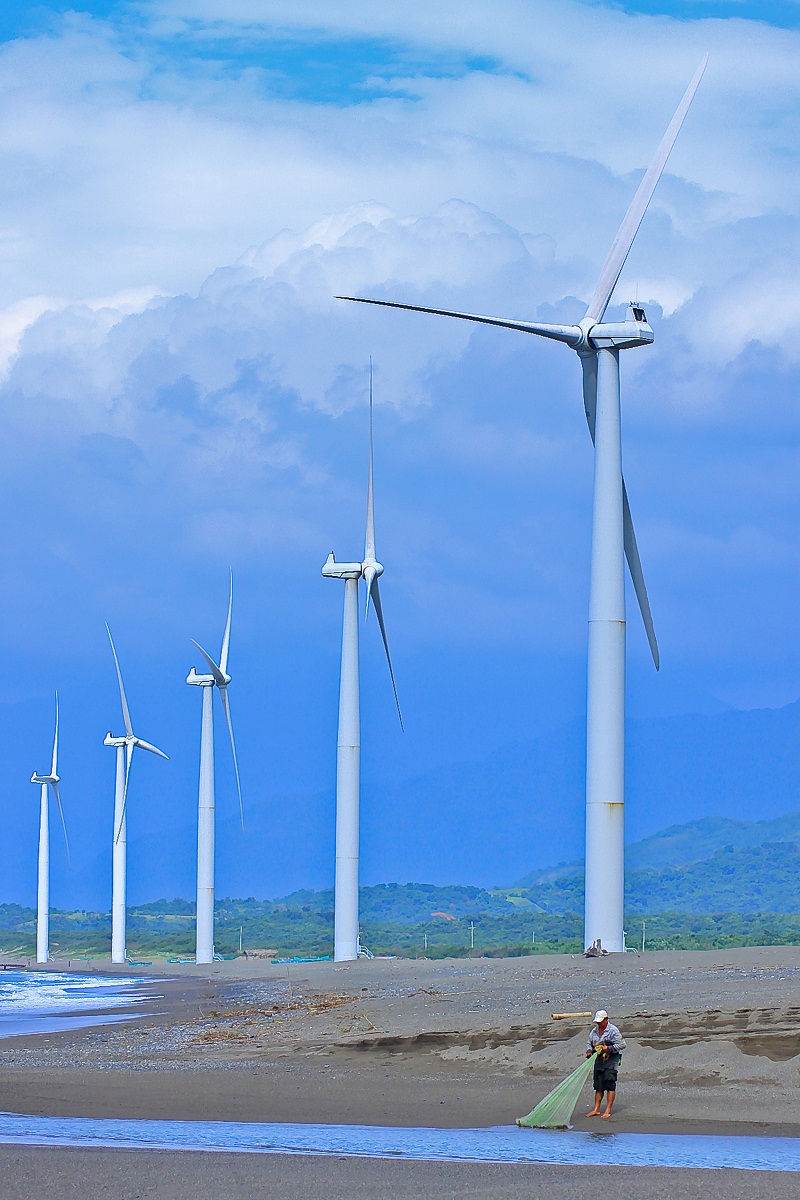 Global trends pertaining to the shift toward the usage of renewable sources of energy show growth in light of the dwindling amount of traditional sources like fossil fuels. Based on an IEA report released in 2016, the cumulative capacity of renewable energy reached 1969GW or equivalent to 5660TWh in terms of electricity in 2015, fifteen percent higher than what was reported in 2014. Seventy-one percent of that growth came from hydropower. During the same year, seventy percent of power investment came from renewables or equivalent to USD 288-billion. Interestingly, emerging economies and China played a key role in this development, contributing 58% and 40% respectively. China’s leadership in the renewable energy race is driven by its initiatives in addressing its concerns about the worsening air pollution. 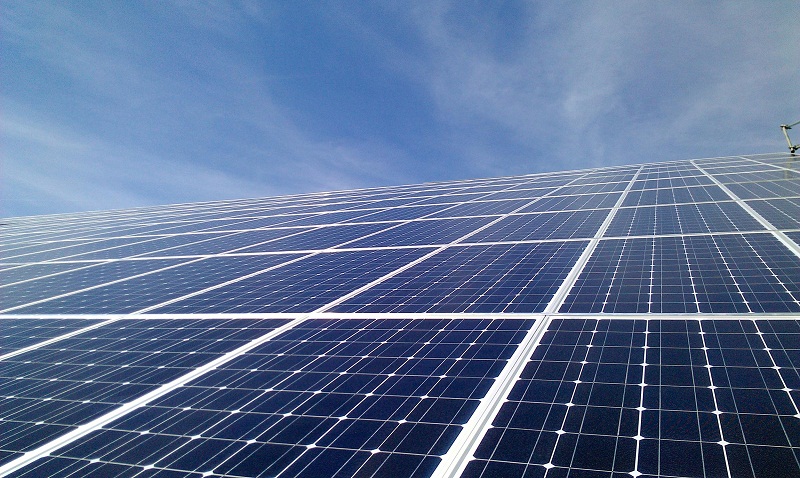 Harnessing the power of sun and wind

Situated in a location that is close to the equator where sunshine is abundant and surrounded by the sea just like the Philippines, our neighboring country Taiwan has been aggressive in pushing its renewable energy source initiatives. Since the country’s implementation of its Renewable Energy Act in 2009, Taiwan experienced 100 times growth in terms of photovoltaic (PV) installations, facilities and equipment that consist of semiconducting materials that convert light into electricity. Taiwan is targeting to hit 10,861MW (23.3TWh) by 2020. By 2025, the country is aiming at 27,423MW (50.9TWh), twenty percent higher compared to today’s targets. More than 70% of the targeted cumulative capacity or equivalent to 20,000MW (25TWh) is anticipated to be sourced out from PV installations. 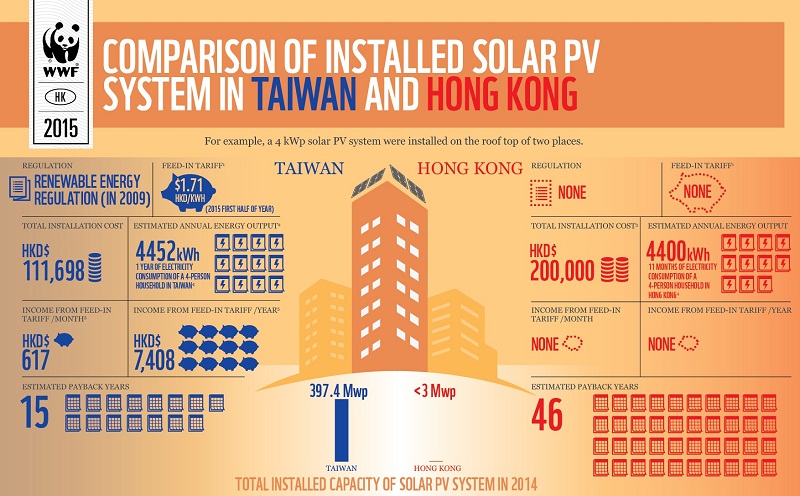 Taking into account the country’s limited geographical area, majority of the PV implementations in Taiwan come in the form of rooftop installations and these contribute to a total of 1395MW cumulative capacity. By June of next year, the said figure is expected to increase to 1520MW. In connection with its 2025 ambition, Taiwan is aiming to reach 3000MW of cumulative capacity through PV rooftop systems. In order to achieve this, part of its strategy is to expand the applications of PV power not only within the country, but also grow the demand in global scale.

Besides harnessing the power of the sun, another energy source that is being tapped by Taiwan is wind. In 2016, the country’s private and state-owned sources of wind energy, all of which are onshore installations, produced a total amount of electricity of 1445GWh. The same year also saw the creation of two offshore wind turbines in the country. Four more turbines are set to be added this year. By 2025, Taiwan is aspiring to get a cumulative capacity of 4200MW generated from wind energy sources. 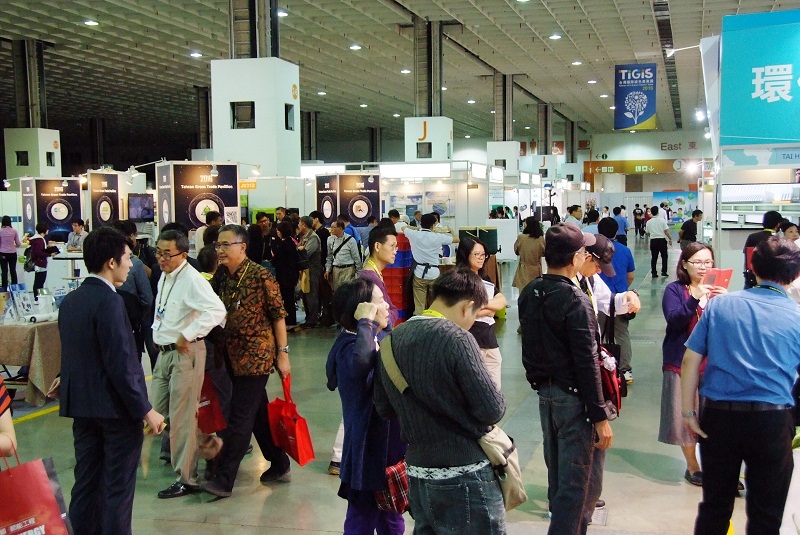 Not only geared toward meeting the country’s demand for energy, Taiwan’s comprehensive renewable energy plan also contributes to the production of additional sources of revenue and employment. Last year, the country’s green energy industry accumulated a total of NTD 474.5-billion in revenue. NTD 203.9-billion of this came from around 257 companies specializing in PV wafer and solar cell production, whereas NTD 13.8-billion came from around 80 companies focusing in the wind power industry. Taiwan’s renewable energy revenue in 2016 is projected to increase to NTD 1-trillion and generate 100,000 jobs by 2020.

In recent years, the cooperation between the governments of Taiwan and the Philippines involved exchanges on a variety of renewable energy issues like renewable energy policy, PV technologies, and geothermal power. While there were preliminary achievements, Taiwan, as part of its renewable energy plan, is keen on strengthening the bilateral cooperation by doing mutual visits, informational campaigns and seminars, and business matchmaking in the private sector. Taiwan External Trade Development Council (TAITRA), also known as the organizer of the annual Computex, is at the forefront of setting the middle ground between Taiwan and the Philippines as well as the rest of the world in light of issues and business opportunities in connection with the growing renewable energy industry. 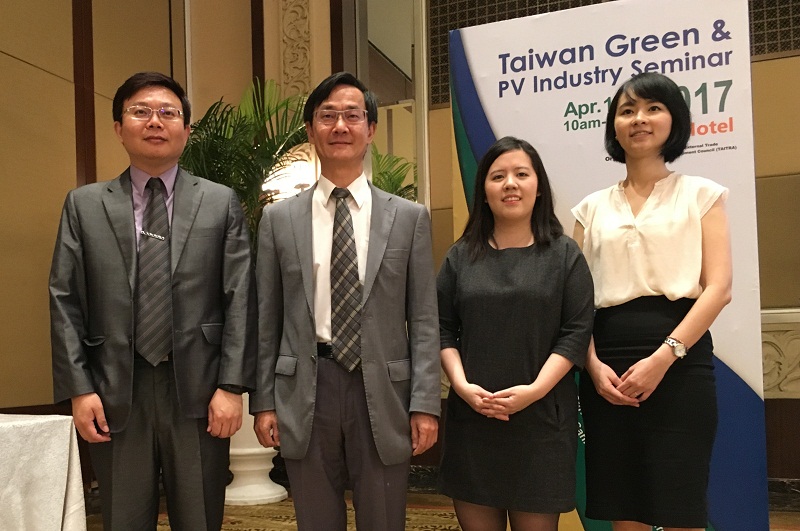