A day of shooting with the HTC RE camera

A day of shooting with the HTC RE camera

HTC's RE camera is a big departure from the company's usual offerings. The tiny handheld 'lifestyle' camera is armed with a 16MP f/2.2 lens and a single shutter button for photos and videos. That's it, no viewfinder, no flash module, no options menu. It's the epitome of point and shoot. We took it out for a day in New York.

Before we start, here's a closer look at the RE. The device measures 96.7 x 26.5mm and weighs 65.5g, making it about the same size and weight as a small portable power bank. Despite its small size I was able to comfortably wrap four fingers around the RE, although if you have bigger hands you might have to leave your pinky finger hanging off the edge.

The large silver button on the back of the RE is the shutter button. Press it once for a picture, or long press it to start recording video. 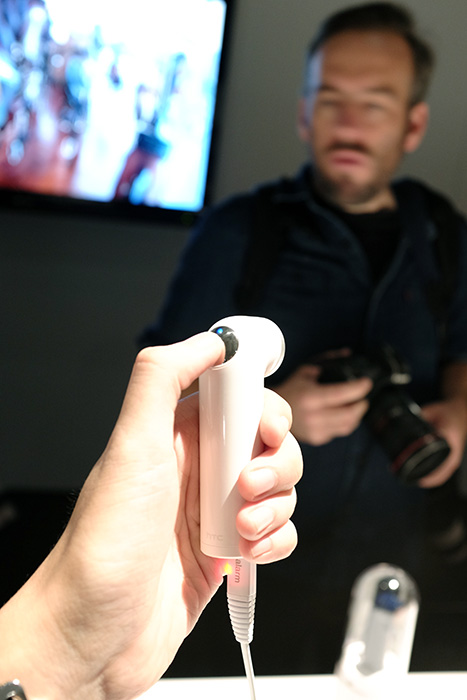 On the front of the RE, a smaller secondary button lets you activate slow-motion recording. Press and hold it and a blue LED indicator will light up to indicate that you're shooting in slow motion.

The RE doesn't have any other buttons; a built-in grip sensor activates the camera as soon as you pick it up, eliminating the need for a power button. When you pick it up the LED notification light on the front will flash green, for when the battery has more than 20 percent charge left, or red if your battery is under 20 percent.

For storage, the RE has a micro-SD card slot in its base, which supports cards up to 128GB. All REs will also come supplied with an 8GB micro-SD card. On the base, you'll also find a micro-USB port for recharging the RE. According to HTC, the RE can take 1,200 16MP pictures on one complete charge, or 1 hour and 40 minutes of continuous Full HD recording.

Specs-wise, the RE's large camera module sports a 16MP f/2.2 146 degree wide angle lens. There's no flash module so don't expect the RE to perform all that well in low-light conditions. 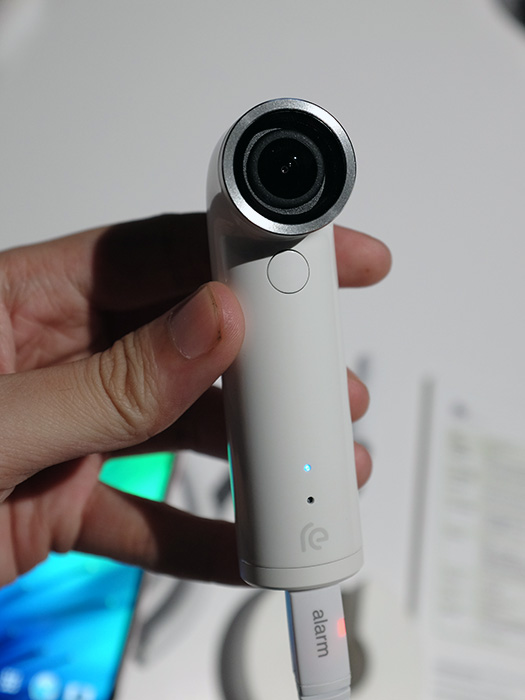 While HTC is billing the RE as a 'lifestyle' camera, rather than a competitor to action cameras like the Go Pro, there will be a number of accessories for the device to let you use it as an action camera of sorts, including a bike mount and a hat mount. The RE is also IP57 rated against dust and water, making it fully capable of taking underwater shots and video, and it can survive full submersion in 1m of water for up to 30 minutes. 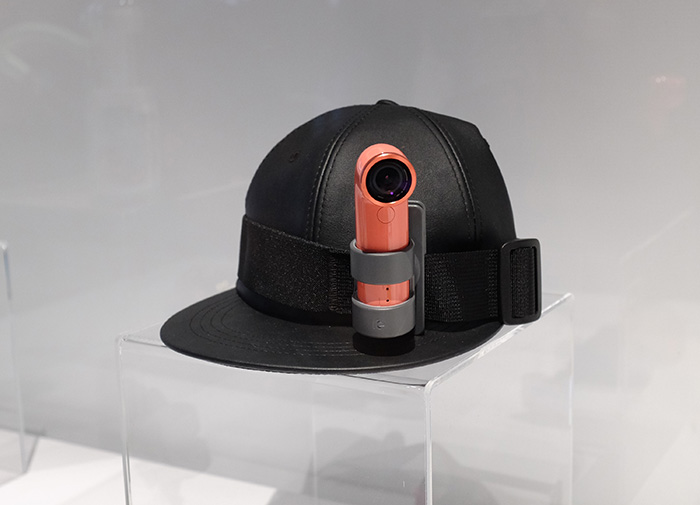 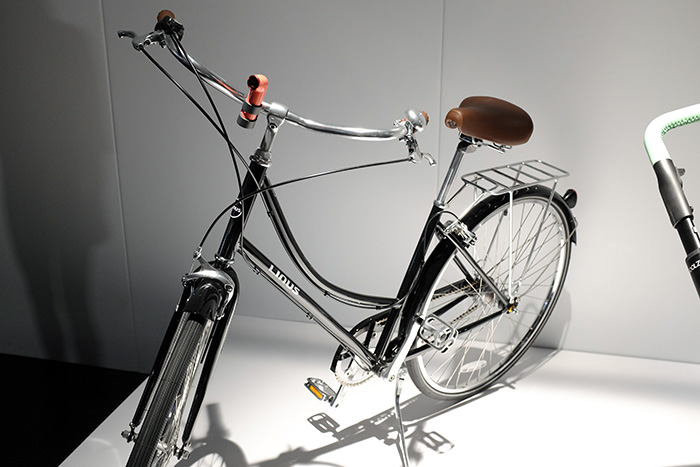