A Quick Look at the New C and E Series

Nokia has had an uneventful first half in 2010. For those who are looking out for new devices from the Finnish outfit, you should be expecting up to four new devices in the coming months. This includes the Nokia C3, an entry level device that runs on the Symbian S40 platform, and the mid-range Nokia C6, utilizing the Symbian S60 version 5 touchscreen platform. Hold off till the third quarter of 2010, and you'll get your hands on the new Nokia E5 or maybe, the 12-megapixel, 720p video-recording capable flagship model, the Nokia N8 and its Symbian^3 OS.

For now, here's a quick hands-on experience of the first three mentioned devices, starting with the Nokia C3. Though positioned as an entry level model with basic 2.5G and Wi-Fi connectivity, this S40 device doesn't pass off as an inexpensive product. The QWERTY-based phone (a first for the S40 platform, according to Nokia) comes with a glossy sheen and a curved design that gives it a more sophisticated look than it should. On screen, the C3's interface will look somewhat similar to the S60's layout. What sets the C3 apart is the use of the Nokia Communities app, which will aggregate your Facebook and Twitter feeds together.

The Nokia C3 will be available by Q2 2010, tagged at a pricing of 180 euros (excluding local taxes and subsidies). 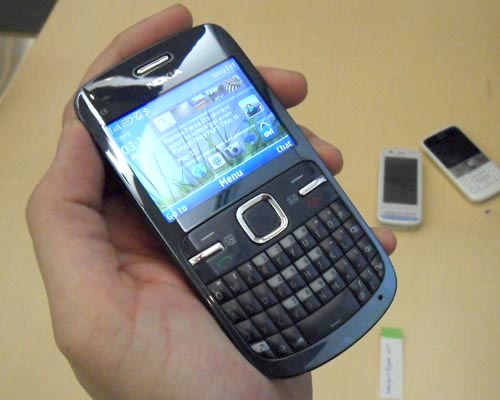 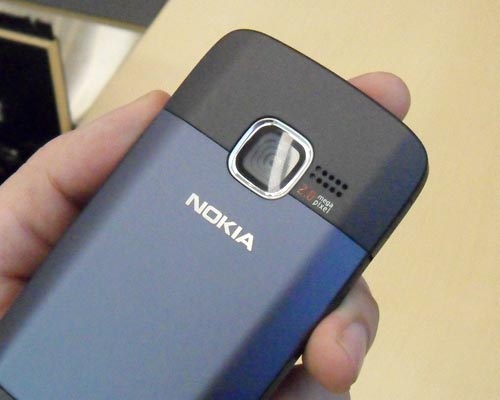 Next up, the Nokia C6. Bearing a strong resemblance to the Nokia N97 and N97 mini, the C6 also comes with a slide-out QWERTY keyboard. Not much has changed in form factor, though Nokia has mentioned that with the C6, the S60 version 5 interface gets some slight upgrades. This includes multiple pages for you to park the widgets within. Similar to the C3, the C6 keeps its focus on social networking. Nokia Communities is also available on the C6, though a widget built in the fashion of the Facebook widget will be coming soon on the S60 version 5 platform.

The Nokia C6 is also available by Q2 2010, priced at 220 euros before subsidy and local taxes. 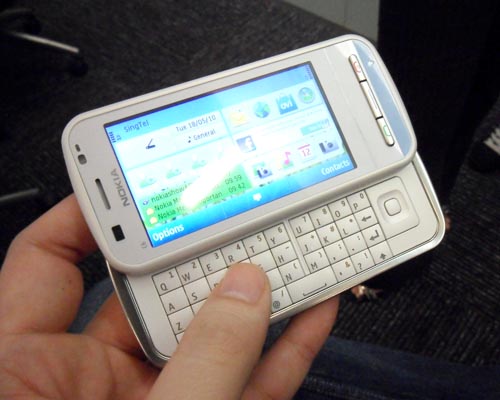 The last of today's lineup introduction is the Nokia E5. As mentioned, the E5 won't be the direct successor to the Nokia E72. As such, it acts as a 'buffer device' till first quarter of 2011 when the actual successor will be revealed. But that's not to say that the E5 doesn't have its selling points. Bundled with a lifetime license for Nokia Messaging (also available on its earlier E-series device), the E5 will also be equipped with Microsoft Communicator Mobile. We'll leave a brief introduction of this new application in the following page. 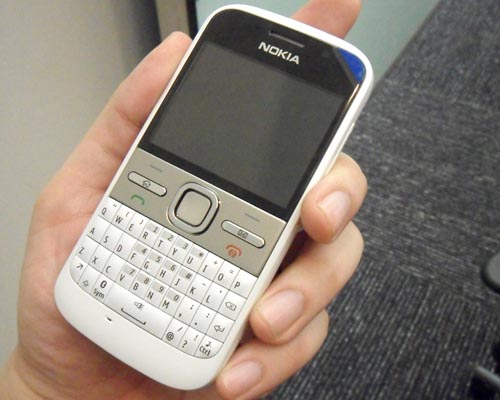