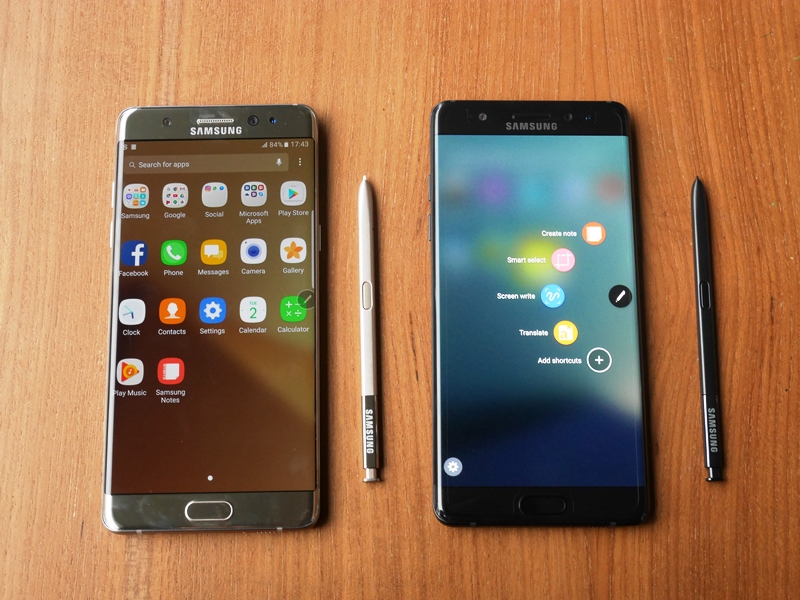 You've heard all the rumors. Now, it's time to confirm them! Finally, Samsung has launched the new Galaxy Note7. Skipping 6 and going straight to 7, to avoid confusion and align it with the S7 and S7 Edge, this new device gives you the guarantee of an incredible experience with its cool new features.

The Galaxy Note 7 boasts a number of firsts for Samsung, including its new iris scanner, dual-curved display, IP68 rating, and USB Type-C port. It comes loaded with other remarkable features, too, such as its enhanced S Pen and dual-pixel camera. 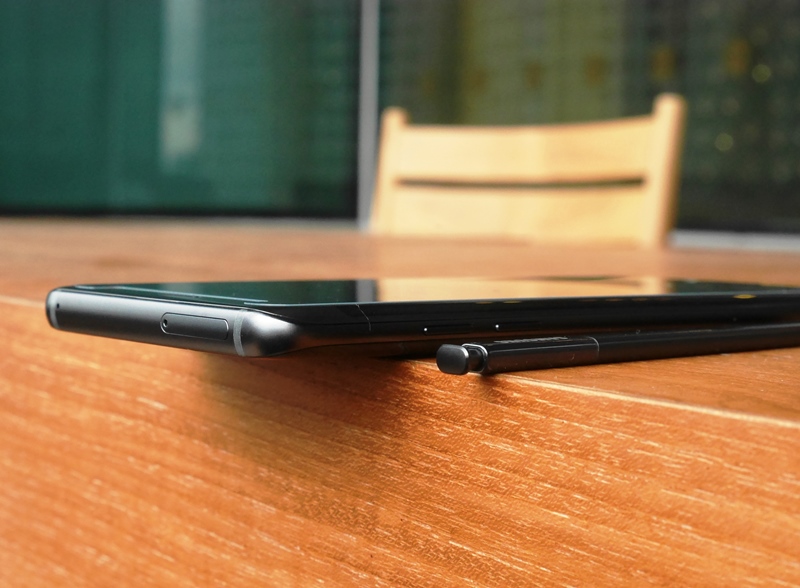 In late 2013, Samsung introduced the world's first curved smartphone. Obviously, the company has a penchant for curved displays, as it gave birth to a new innovation, creating a dual-curved display for the Galaxy Note7. We couldn't stress hard enough how stunning its glass and metal design is. It was very comfortable to hold, and it only weighs 169g, with dimensions of 153.5 x 73.9 x 7.9mm. 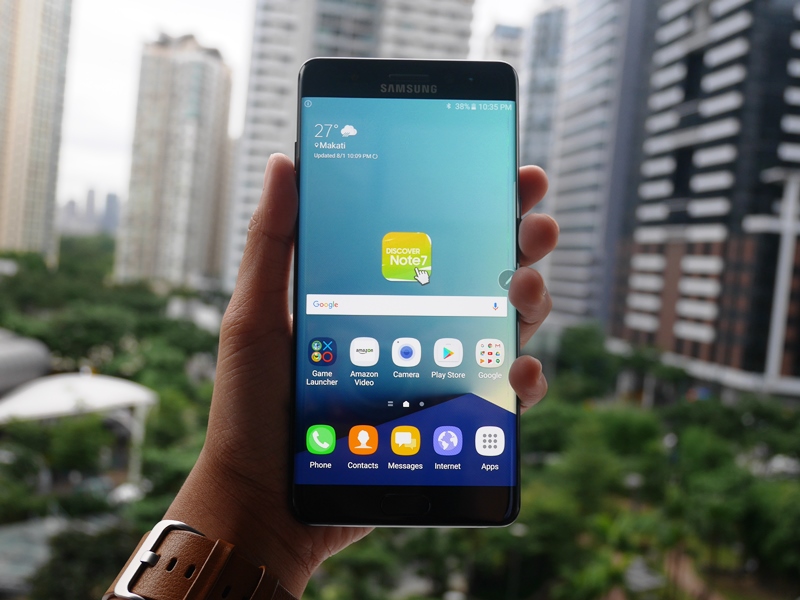 The Galaxy Note flaunts a gorgeous 5.7-inch Super AMOLED Dual Curved display with a resolution of 2560 x 1440 (518ppi). Thanks to its dual-curved display, it is 2.7mm narrower than the Note 5. Also, it has an IP68 rating, which makes it dust- and water-resistant.

The device is powered by an Exynos 8890 Octa-core processor, with 4GB of RAM and 64GB of internal storage. And, it runs on the latest Android 6.0.1 Marshmallow with Samsung's TouchWiz UI.

With the Galaxy Note 7, Samsung said that it would open the "gateway to a galaxy of possibilities." Well, sure enough, that statement appears to be true. One of Samsung's first, the Note 7 is equipped with an iris scanner, which, by the way, works really fast, even if you're wearing eyeglasses. It works well with unlocking the device. It is complemented with a Secure Folder, where you can store all your important data. The good thing is, even with the iris scanner, Samsung didn't drop its fingerprint sensor. 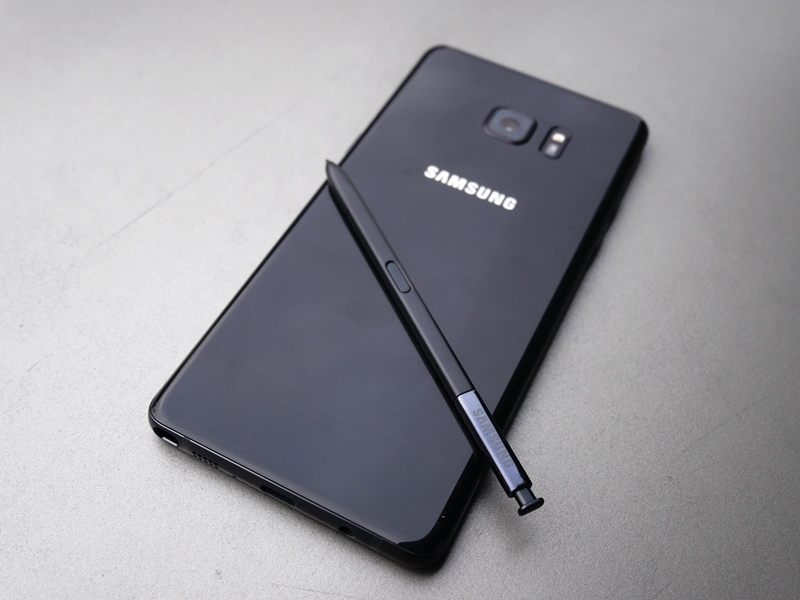 Also worth noticing is Samsung's enhanced S Pen, as it now sports a smaller tip at only 0.7mm with an improved pressure sensitivity. It was absolutely convenient to use, and it is water-resistant, as well. 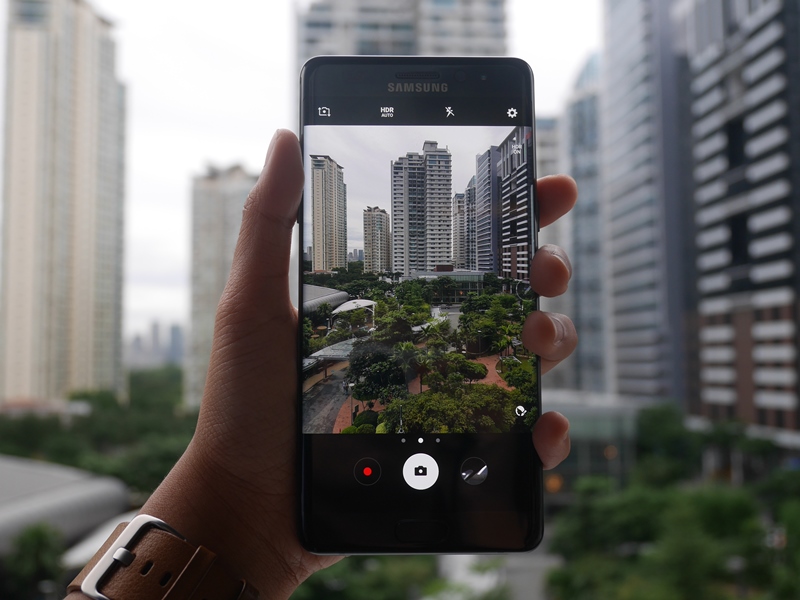 Now on to its camera functionalities. Since the barrier between small-sized tablets, phablets, and smartphones have now become even thinner, the Galaxy Note7 could easily slip into the smartphone segment. You can easily compare it with the S7 and S7 Edge, as they all basically have the same front and rear cameras. It has a 12-megapixel, f/1.7 dual-pixel rear and 5-megapixel, f/1.7 front camera. 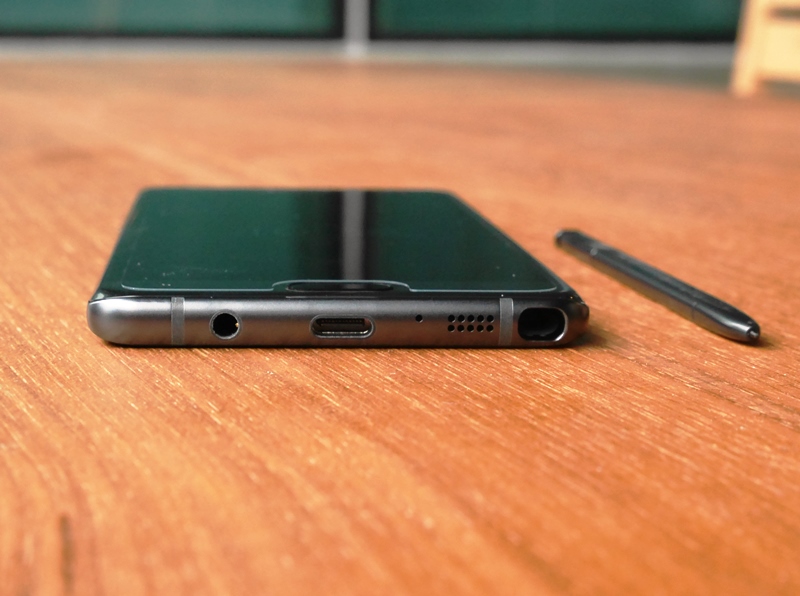 On the bottom edge of the Galaxy Note 7, there's a USB Type-C port. Since this USB type is relatively new, Samsung made sure to include a micro-USB adoptor in the box, so there won't be a problem connecting it to any micro-USB charging cables. To make great use of the device, Samsung has also equipped it with a 3500mAh battery.

To cap this off, we want to say that the Galaxy Note 7 is one of the most incredible devices and the most advanced device Samsung has lunched so far.

The Samsung Galaxy Note7 will be available for pre-order on August 6 until 15 at all Samsung Experience Stores and select Abenson and SM Appliance branches. It is officially priced at PhP 39,990, and will come with a free Gear VR.