Specs that You Need to be Aware Of

Basic Specs to Pay Attention To

Hopefully by now, you’d have decided on the type of TV to buy. If so, congratulations - you’re almost ready to step into the store. Of course, no one simply walks into a store and pick up a TV without prior research. You have probably amassed a stockpile of brochures of HDTVs that have caught your eye. And for the Internet-savvy, you'd probably have bookmarked many websites (hopefully, including ours) to scour for info. Here are some of the common and more important ones to understand and take note of.

Expressed as a ratio, this basically means the number of levels between the blackest black and the whitest white a TV can achieve at the same time. This is an important spec because it can affect image brightness as well as perceived image detail. For example, a contrast ratio of 4000:1 means that the brightness level of the whitest white is 4000 times brighter than the blackest black. Needless to say, a high contrast ratio is more desired over a low one.

Dynamic contrast ratio (DCR) is another popular term on specs sheets. Some marketing literature may even list this instead of the native or static contrast ratio. In essence, what this ratio tells you is the potential of the display in showing the darkest blacks and the brightest whites, but not at the same time. Here's how it works: a TV's processor would analyze the scene and adjust the backlight level accordingly. If the scene is predominately dark, it would lower the backlight level to achieve deeper blacks. Conversely, if it detects an overall bright picture, it would increase the backlight level to render whiter whites. Unfortunately, there’s no standard way of doing dynamic contrast. In fact, how it performs depends on how good the TV processor is able to “guess” what level of backlight to use.

One last thing worth mentioning is that contrast ratios are always measured in a controlled environment – in other words, a dark room. To buy a 10,000:1 contrast ratio HDTV is one thing, to take full advantage of it is another. If the area where you’re going to place the TV has a lot of ambient light, then the blacks are going to look like dark grays regardless of how high the contrast ratio is.

Expressed in candela per square meter (cd/m2), a higher brightness value means a brighter image. Naturally, in a brightly lit room or for outdoor use, a brighter screen is preferred. Most HDTVs for home use these days have brightness between 500 to 1000 cd/m2, and these are more than sufficient. In the last couple of years, the development of LED backlight technology has also led to the creation of brighter displays with lower heat emissions and energy wastage.

While brightness is arguably a less important spec to consider when shopping for a TV these days, it’s worth noting that both brightness and contrast often work hand in hand. A TV with a high luminance but low contrast is going to display a dull and washed-out image. This is made worse if there’s a lot of ambient light. In this case, one is likely to reach for the remote control to dial up the brightness. However, a brightness level that works well for you in broad daylight may not fare so well after the sun sets or when ambient lighting is low. The image may now look way over-exposed, and your eyes may hurt from the glare.

In short, a bright TV is good to have, for the very simple reason that you can dial it down if it’s too bright. The reverse may not be possible sometimes. 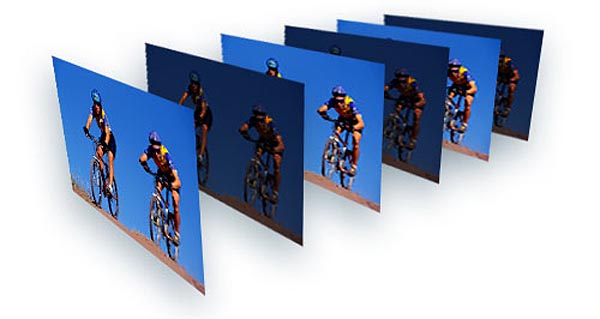 Measured in Hertz (Hz), a display’s refresh rate is the number of times in a second that it draws or rebuilt the screen content. This is not to be confused with frame rate, which measures the number of frames (or images) a video source can feed within a second. For example, films usually have 24 frames per second (fps). This means in that one second of video, there are 24 images, 24 frames.

A 60 Hz TV will take this 24 fps and convert it to 30 fps. Each of the images in this 30 fps is then reconstructed twice (i.e., there’s now 60 images) before displaying on the 60 Hz screen. This process of converting 24 fps to 30 fps is known as 2:3 pull-down. The downside of such a film-to-video transfer, however, is it may result in "jerky" images known as “judder”. The fact of the matter is, it is not possible to always repeat every single frame in a 24 fps film an equal number of times for a 60 Hz display. It’s this inconsistent repetition of frames that’s causing the jerkiness of film-based content on a TV.

The solution lies with a refresh rate that’s a multiple of 24. And also the reason why you’re seeing HDTVs advertising refresh rates of 120 or 240 Hz. Notice that 120 is the least common multiple for both 24 and 30. Indeed, 120 Hz is the lowest refresh rate to do both 24 (film) and 30 fps (NTSC video) content without resorting to 2:3 pull-down, because each frame can be repeated the same number of times. If you have a lot of film-based content, we recommend a 96 Hz display. Get a 120 Hz display if you want the best of both worlds.

The other advantage of such new high refresh rate (120/240 Hz) TVs is that it helps to smooth fast-motion video sequences. To be clear, what we're talking about here is motion blur reduction instead of de-judder processing. This is done by creating extra frames between real content, either by adding black frames or through interpolation. Different manufacturers name this technique differently. For instance, Sony calls theirs Motionflow, LG TruMotion, Samsung Auto Motion Plus, Panasonic Intelligent Frame Creation, Philips HD Digital Natural Motion, and Sharp AquoMotion. 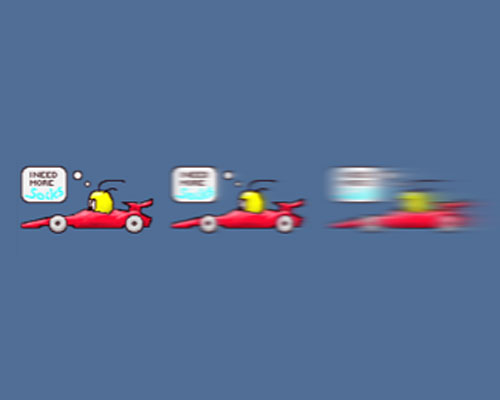 Expressed in milliseconds (ms), response time is simply how fast a pixel is able to change its state. For example, a response time of 4ms is faster than 12ms. In general, a fast response time is preferred for content with a lot of quick sequences, such as action movies, sports, and first-person shooting games. This is an area where plasma TVs and even CRT TVs traditionally have had an advantage over LCD TVs (and they still do), but this gap has been somewhat reduced in the last couple of years.

Why is response time important? Simply put, a slow response time would result in motion or image blur, especially for fast-motion content as mentioned earlier. “Motion trails” or “ghosting” are common terms used to describe what’s observed on a display with a slow response time. A classic example is when an object (say, a football) becomes fuzzy or has a smearing effect as it moves across the screen. This is because the pixels are still in the middle of changing their states.

Fortunately, most HDTVs with a fast refresh rate also come with a fast response time. At the end of the day, let your own eyes be the judge. 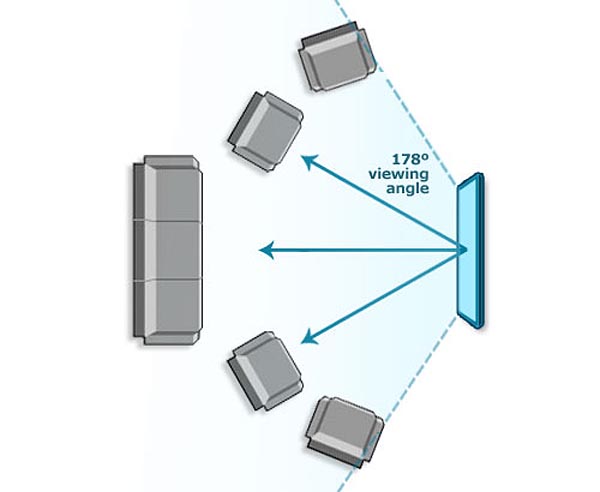 Viewing angle is the maximum angle at which a display can be viewed without severely degrading visual performance. All TVs look the best when viewed straight-on, and at a height where your eyes can land roughly in the middle of the display. If you’re buying a TV for yourself, viewing angle may not be a major concern for you, because you’re the only one hogging the sweet spot. But if it’s a family TV, you’d need to take into consideration where the rest are going to sit in relation to the TV. Typically, the more you deviate from the sweet spot, the more the visual performance degrades: the image would look less saturated, color shifts would result, and contrast would fall.

Viewing angle is often listed from one direction to another (e.g. left to right) and expressed in degree, such as 178°. Since a TV is only a one-sided display, 180° is the best you can get, though no panel is capable of that. Sometimes, a manufacturer may list the viewing angle for each of the left and right side, such as 89° (0° is measured from the front of the TV).