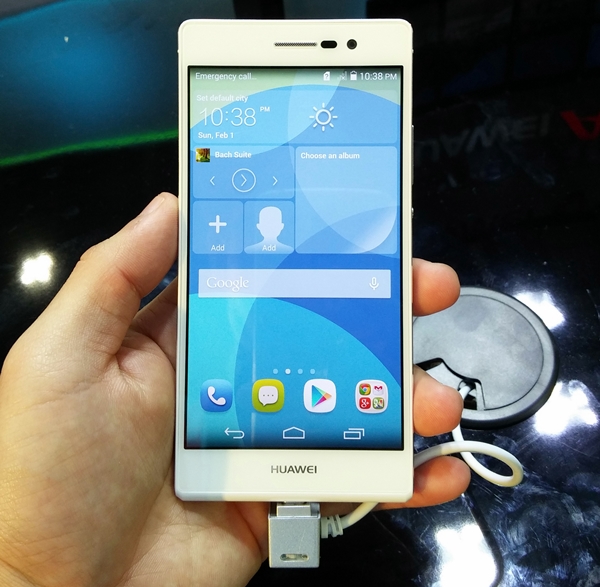 Huawei officially announced the Ascend P7 at a launch event in Paris on May 7 and decided to debut it in Singapore at CommunicAsia 2014 today. The Ascend P7 is the successor to the Ascend P6, which was the world's slimmest smartphone at 6.18mm thin last year. So in what ways did Huawei improve on the Ascend P7? Read on to find out more. But first, here's a quick look at how the Ascend P7 fares against its predecessor: 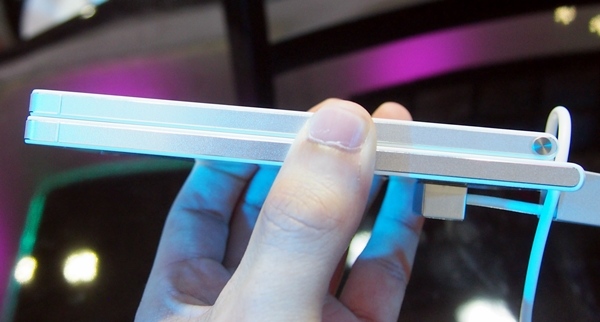 Two things that got our attention upon holding the P7 for the first time were its ultra-slim and lightweight form factor. While it is not as slim as its predecessor, the P7 is still thinner than most 5-inch Android flagship smartphones at just 6.5mm. Here are some numbers to put its dimensions into context:

From the front, the P7 looks almost identical to the P6 except that the height difference gave away its disguise. The P7 still retains the unibody waterdrop curve design at the bottom, which Huawei said is inspired from a drop of water spreading on a glass surface. 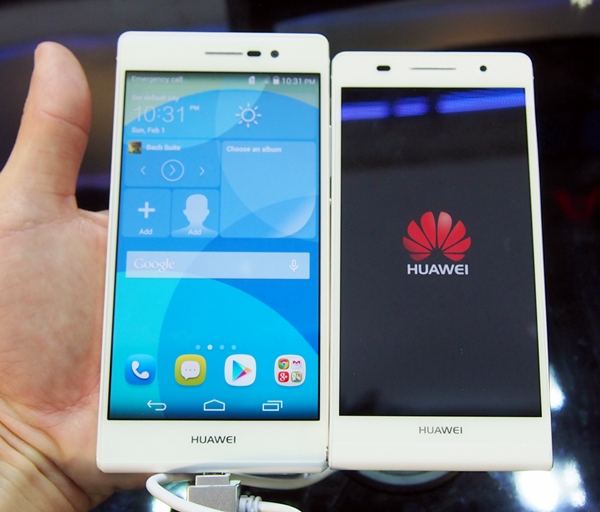 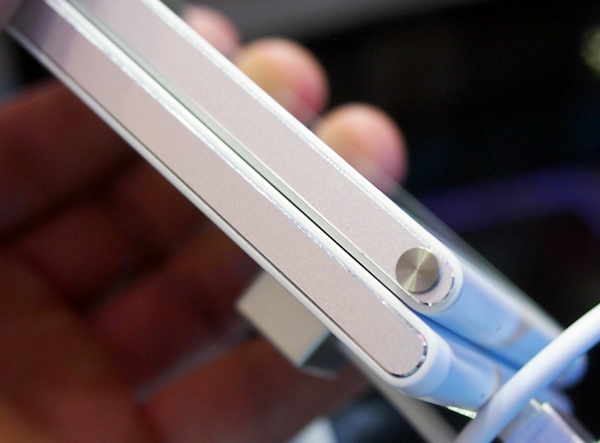 The little silver disc on the P6 is removed on the P7 though. In case you are wondering, the silver disc is actually a small pin used for ejecting the SIM and memory card trays on the P6. In our review of the P6, we found it to be a tad small and fiddly to remove. Hence its absence on the P7 is a blessing in disguise.

There are two notable design differences on the P7, which are its rear and power button. Taking a page out of Sony's book, Huawei outfitted the rear of the P7 with a glass panel. Like the Oppo R1, Huawei's implementation is an industry first; a 7-layer surface treatment is applied to the glass panel to increase its transparency and give it a spin effect texture finish. In reality, the rear of the P7 looks really classy beside the matte finish of the white P6. 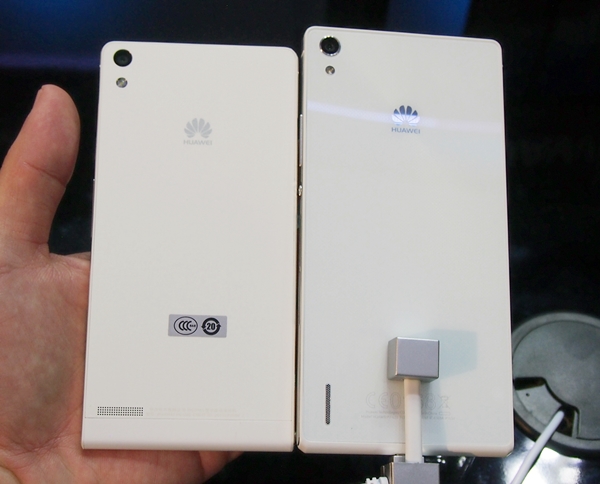 The P7 sports an indented power button key on the right side, which Huawei said would make the phone much easier to use with one hand. While we can't agree more, its design choice is clearly a copy of the signature power button that Sony has adopted for its Xperia devices. While it is not as protruding as the one on Sony Xperia devices, we could still access it easily. 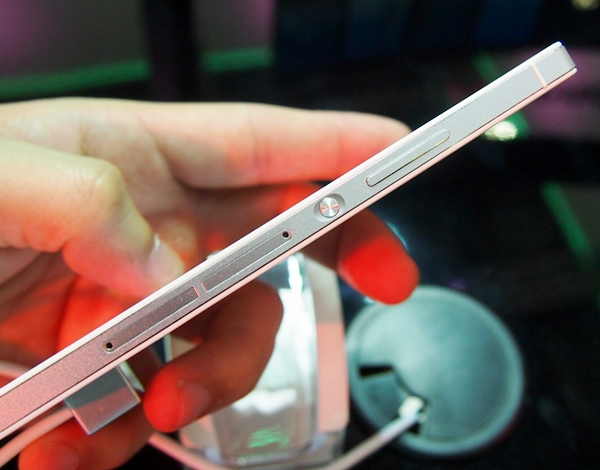 The P7 ships with Huawei's latest version of its customized interface, Emotion UI 2.3. It also runs on Android 4.4.2 KitKat, which is in line with the other Android flagship smartphones. Revamping the interface seems to be the trend for smartphone makers these days as Huawei's Emotion UI 2.3 clearly has some significant aesthetic refinements. 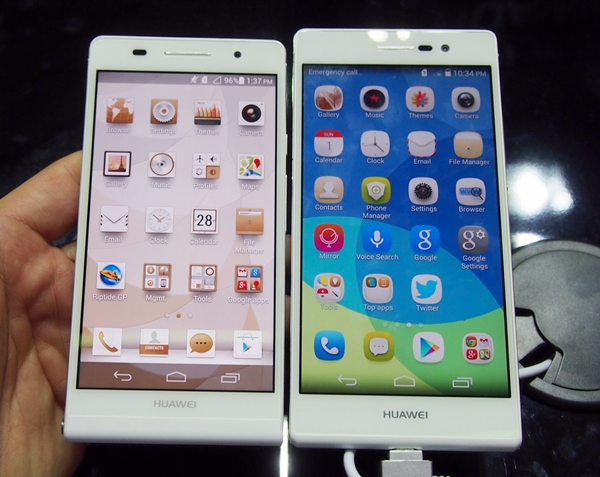 Huawei upsizes the display to 5-inches on the P7, which is a 0.3-inch increase from the P6. It also bumped the resolution to full HD (that is, 1920 x 1080 pixels). Protecting the glass panel is a layer of Corning Gorilla Glass 3. 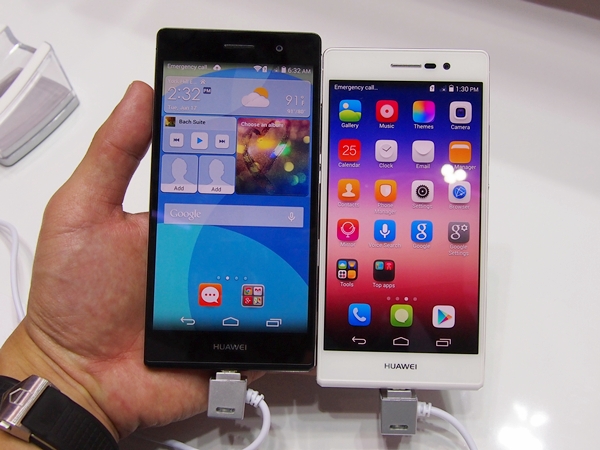 The P7 is powered by Huawei's own processor, the HiSilicon Kirin 910T, which is a quad-core 1.8GHz processor with a Mali-450MP GPU, 2GB RAM and an integrated LTE modem. Yes, the P7 supports LTE connectivity, a feature that is notably absent on the P6. In fact, the P7 can support LTE CAT 4 speeds of up to 150Mbps. Storage-wise, the P7 comes with 16GB internal storage which is augmented by a microSD memory card slot that supports cards up to 32GB.

Imaging is a key focus on the P7. It has a 13-megapixel rear camera with an aperture of F2.0, Sony's 4th generation BSI sensor and 5P non-spherical lens. On paper, the P7 has the potential to take good photos in low light conditions.

What's interesting is Huawei's decision to fit an 8-megapixel front-facing BSI camera on the P7. Not only does the P7 have the highest megapixel count for a front-facing camera (besides the swiveling camera of the Oppo N1), the P7 can also take panorama selfie shots. This makes the P7 appealing to consumers who like to take wide-angle group selfies.

Last but not least, the P7 has a non-removable 2500mAh battery that is stated to provide up to 14 hours of talktime (3G) and 2 days of normal usage. With a 5-inch full HD display to power, we are highly doubtful of that claim although we reserve our judgment until we get a review unit.

The Ascend P7 is available now in Singapore for S$699 (PhP 24,567) without line contract and inclusive of GST. It comes in two colors: black and white. In the Philipines, Huawei will launch the P7 on July 1, 2014. The local price is not revealed at the moment. 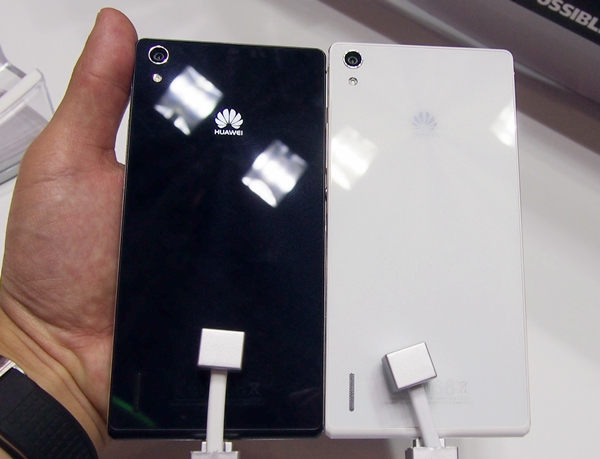