The future of sari-sari stores and hyperdisruptive market places 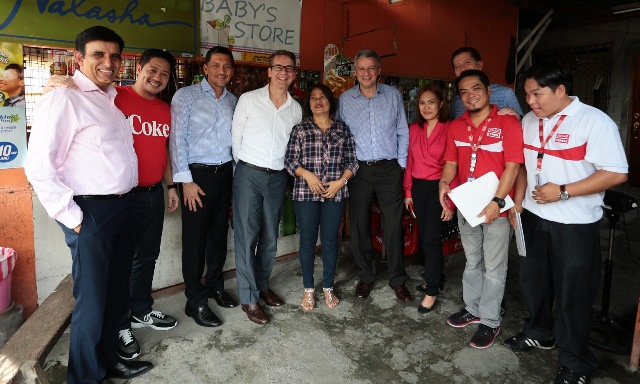 What’s next for our neighborhood sari-sari stores

By 2020, IDC predicts that 30% of sari-sari stores will evolve into another channel for one-stop payments and remittance centers. Sari-sari store is something unique in the Philippine retail scene and this is something that we can see in every locality in the country. Sari-sari store is a Pinoy cultural phenomenon and IDC foresees a future where sari-sari stores will handle utility bills, e-loading, and even the selling of movie and concert tickets. These neighborhood stores will serve as complementary points, especially in the rural areas where they play a pivotal role in terms of bridging the gap in the countryside. Sari-sari stores open opportunities for organizations that are looking for means to engage with more people in the rural areas, without having to put up brick and mortar stores which is actually more cost prohibitive.

Augmented reality (AR) and virtual reality (VR) preexisted way back in the 1950s, but they failed in mainstream adoption, one instance of which was when the Nintendo Virtual Boy was introduced in the 1990s. But today, AR and VR is now an entirely different story. With keen interests coming from tech giants and the success of AR in the mobile space, IDC is seeing AR and VR capturing the mindshare of both consumers and enterprises. By 2019, top 1000 companies will experiment with AR and VR as part of their marketing efforts. The hype of AR and VR started five years ago with the boiling point is 2016 when tech giants such as Microsoft, Sony, Google, and Facebook released their respective VR platforms. While the purpose of these platforms is for gaming, there has been a keen interest in their potentials in other applications such as in the fields of education, medicine, and marketing. We also have Pokemon Go, which success has inspired smartphone gamers. In less than a year, it already garnered five million downloads. These success stories of AR and VR are starting to pave the way how businesses will engage with their customers in the near future. We’ve gone from the millennia-old word-of-mouth marketing to traditional use of newspaper ads and magazines, and from commercials in television and to omnipresence to mobile in their recent years. Today, with AR and VR, IDC is seeing that experiential marketing will take center stage and become mainstream in the coming years. Experiential marketing is not really an entirely new concept. But with AR and VR, experiential marketing will take a whole new level because of the level of immersion that these technologies can provide. Locally, we’re already seeing local adopters of experiential marketing strategies through AR and VR in attempt to engage with their customers and capture more millennials. For example, real estate and architectural firms use AR and VR so they can take their customers to a tour of their potential homes even before the first brick or first tile has been placed. Even the government has hopped on the AR and VR bandwagon. The Department of Tourism employed VR to showcase the wondrous sites and destinations of the country and encourage tourists to go to the Philippines.

Over the past decade, IDC has seen a rapid evolution in technological adoption. Text messaging today is starting to become obsolete, photo is becoming commonplace, and video is now a standard. You can easily do Viber chat anywhere across the globe, but consumers now are looking for something more. They are looking for a higher standard and IDC believes that AR and VR is the next frontier. These technologies still have a lot of room to grow and it will take a while before full consumer adoption will take place. But with the rapid pace of development in this area, businesses will compel themselves to try to create their own AR and VR initiatives to provide consumers with new experiential marketing approaches.