Unsurprisingly like its competitors, MSI's Z68A-GD80 (B3) reminds us of its current P67 lineup, with the same set of features, like OC Genie and Military Class, and a similar design. Since it's not part of MSI's Big-Bang series, we can safely assume that the GD80 is not the ultimate, top model in the vendor's lineup, but on paper, it's competitive with the ASUS P8Z68V-PRO. 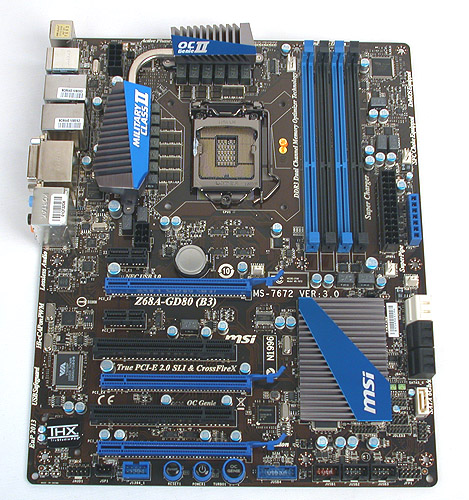 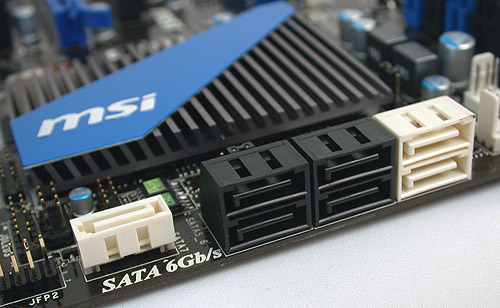 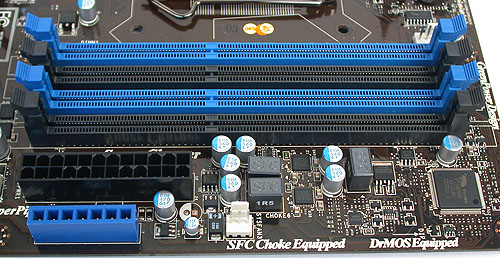 In terms of its specifications, this MSI board certainly has quite a lot going for it, from its support for dual Gigabit LAN ports to three PCIe 2.0 x16 slots. However, the lack of bandwidth (which the Gigabyte alleviates with its NF200 controller) means that like the ASUS, you'll need to compromise. In the case of this MSI board, adding a third graphics card into the third PCIe x16 slot will lead to the loss of functionality for the Marvell-enabled ports (eSATA and the seventh SATA port), the VIA FireWire controller and the neighboring two PCI slots.

Additionally, the bandwidth is sufficient to support only x4 for that last PCIe x16 slot. Frankly, we don't think too many users are looking into installing more than two graphics cards, but if you do, then be prepared to fork out more for a board with the necessary bandwidth.

Overall, this MSI board maintains the quality and design elements that we have come to expect from the manufacturer. There are no layout issues that we can tell and the board is solidly built, though not to the extent of Gigabyte's 8-layer PCB. MSI also has an EFI BIOS with a graphical user interface. We have commented on it before and it remains a bit too bright and colorful for our tastes and could perhaps be improved in terms of visual cues; often we aren't too sure we had selected a particular icon due to ambiguous cues. At least it has improved in responsiveness from our initial experience. 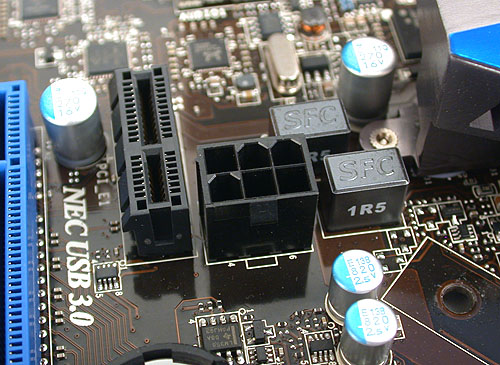 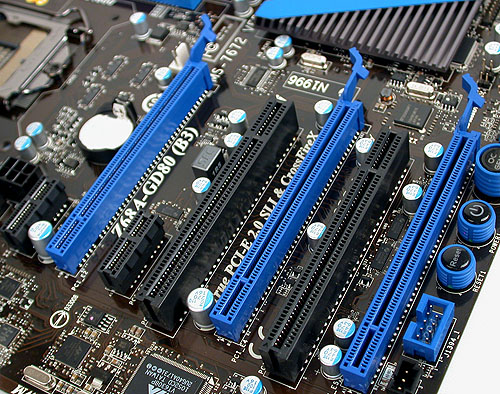 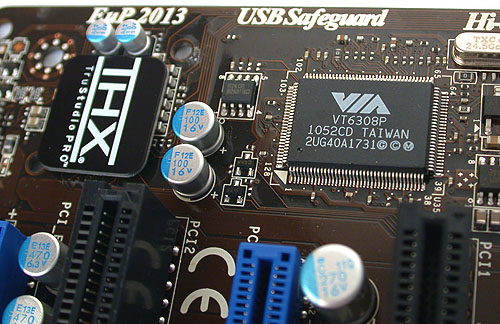 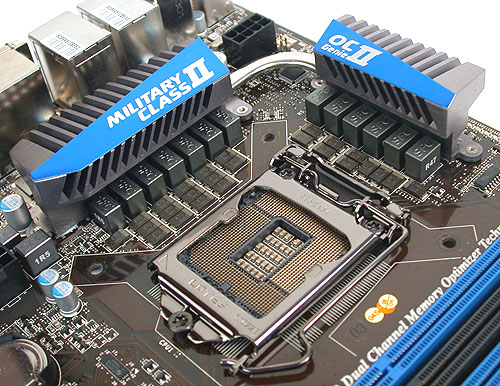 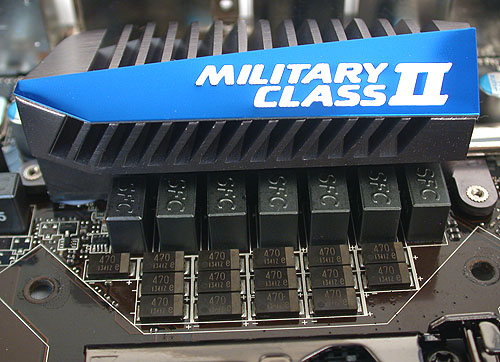