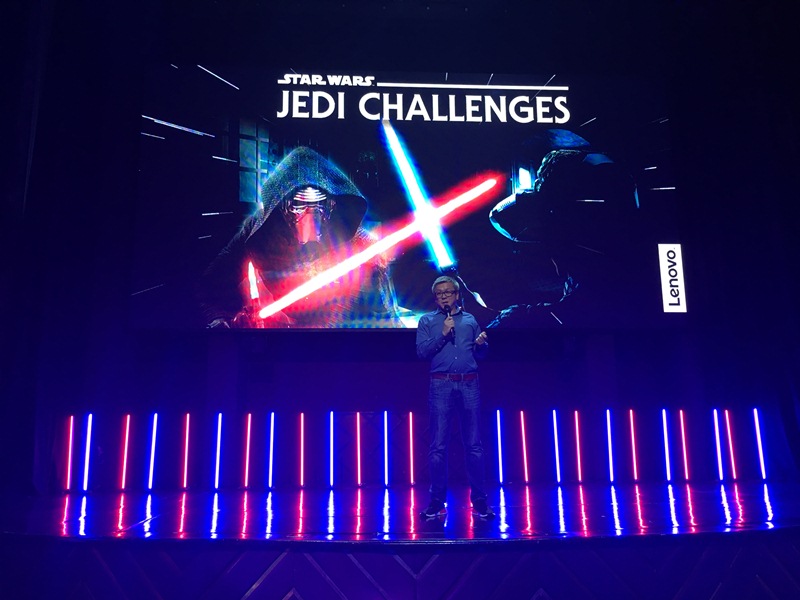 “With Star Wars: Jedi Challenges, Lenovo and Disney are bringing Star Wars to fans in ways they could previously only imagine,” said Jeff Meredith, Senior Vice President and General Manager of Lenovo Consumer PCs and Smart Devices. “Augmented Reality has always been an important part of Star Wars, and it’s exciting to bring these key moments to life by marrying Lenovo technology with Disney’s storytelling.” 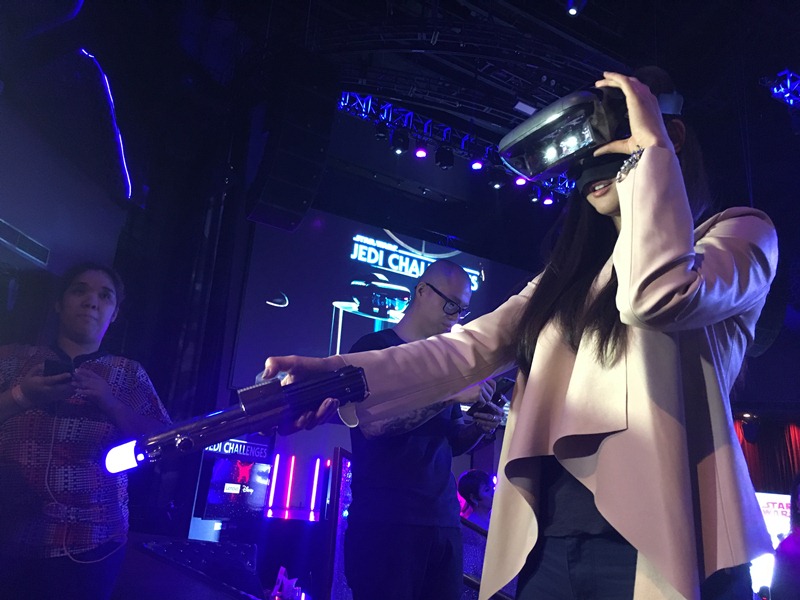 To begin playing, users must download first the Star Wars: Jedi Challenges app onto their Android smartphone or iPhone, then sliding it into the tray of the Lenovo Mirage AR headset. The headset comes with a Tracking Beacon which is place on the floor, serving as a stable base for the headset's two built-in fisheye sensors that detect the user's movement while playing. The headset pairs with a Lightsaber controller, modeled after the one wielded by Anakin Skywalker, Luke Skywalker, and Rey. The Lightsaber allows users to navigate the user interface and execute commands with a simple two-button configuration. Through a visible light-tracking technology, the headset's sensors lock onto the position of the Lightsaber controller, allowing players to see a beam form above the hilt. With the beam backed by haptic feedback, players block and interact with their opponents and objects present in the game's universe. 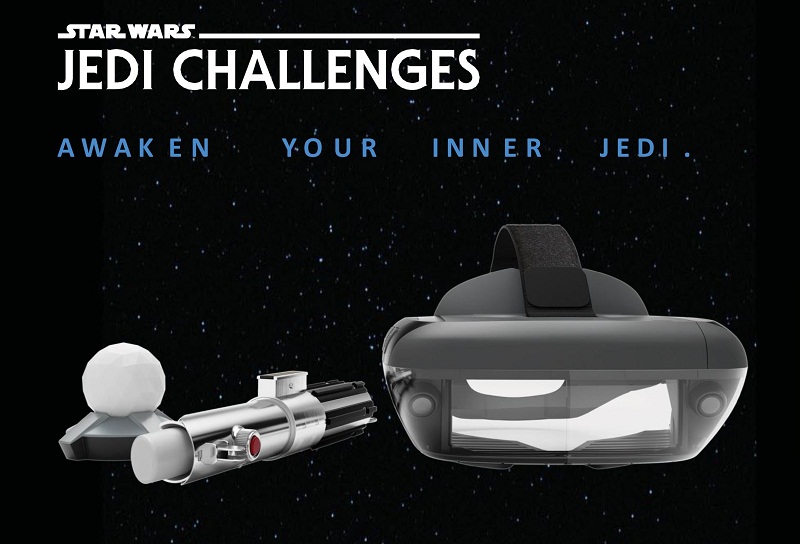 “We believe augmented reality will usher in a new era of storytelling and play an important role in the experiences we create for our fans,” said Kyle Laughlin, Senior Vice President, Games and Interactive Experiences, Disney Consumer Products and Interactive Media. “With Star Wars: Jedi Challenges, we’re bringing together the latest technology and one of the most recognized franchises in the galaxy to fulfill the wishes of anyone who’s ever wanted to wield a lightsaber or take on the empire forces on the battlefield.”

Jedi Challenges introduces an all-new Star Wars character, the Archivist, who will instruct players in the ways of the Force and the knowledge of the Jedi. Users will train to perfect their lightsaber skills by: fighting with menacing villains such as Darth Vader and Kylo Ren; commanding forces of the Republic, Rebel Alliance, and Resistance against the might of Separatists, Empire, and First Order; and outwitting opponents in Holochess which was played on the Millennium Falcon in Star Wars: Episode IV - A New Hope. 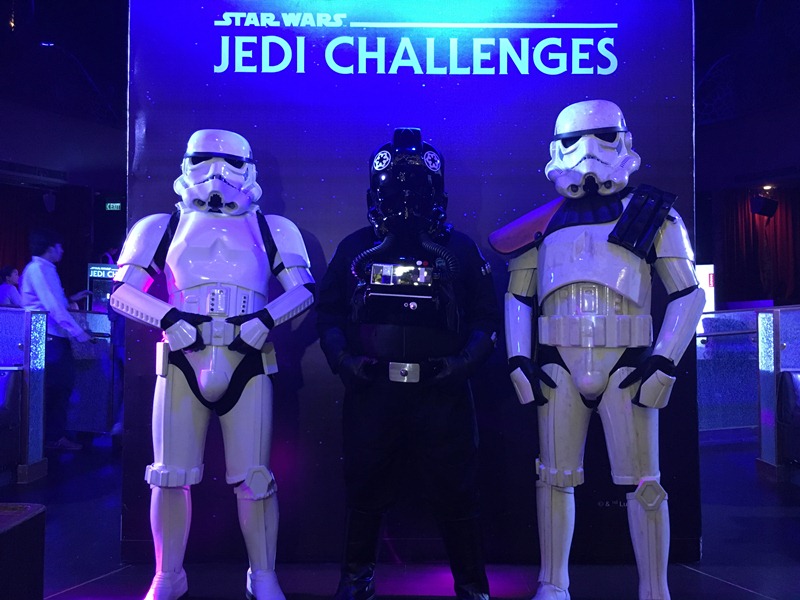 Priced at PhP 14,999, Star Wars: Jedi Challenges is now available for preorder at select Toy Kingdom branches and will be sold in stores by next month.