Almost a year after the launch of its predecessor, the much-anticipated reveal of the LG V30 commenced at the IFA 2017 held in Berlin, Germany.

Dubbed by the South Korean tech giant as its most perfect smartphone ever created, the latest addition to the V series carries flagship features top-billed by its dual rear camera intended for professional-level videography complemented by LG’s first OLED FullVision display on a smartphone. 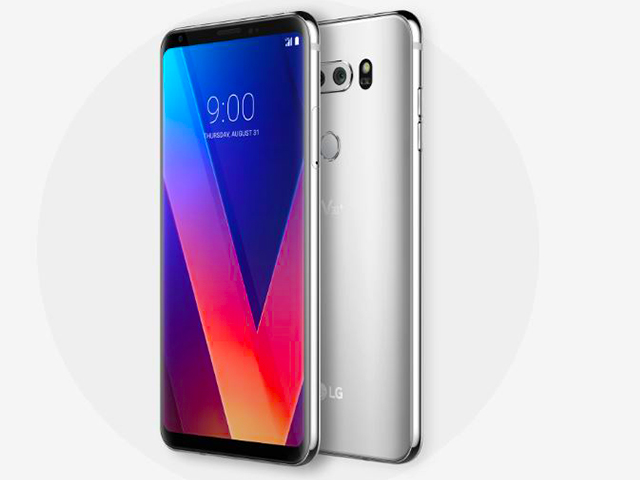 The LG V30 flaunts a 6-inch Quad HD+ OLED FullVision display with HDR10 support for outstanding color contrast, which according to the company is its smartphone adaptation of the same OLED technology planted on high-end LG televisions. The device has a screen-to-body ratio of 18:9, bordered by a metal frame, coated with Corning Gorilla Glass 5 on both of its front and back sides, and has an IP68 rating for dust and water resistance. It's 7.33mm-thin and weighs only 158g. The LG V30 now comes with an Always-on Display feature and a Floating Bar for quick application access, instead of the secondary screen which the V10 and the V20 have. The device also comes compatible with Google Daydream for immersive VR experience. 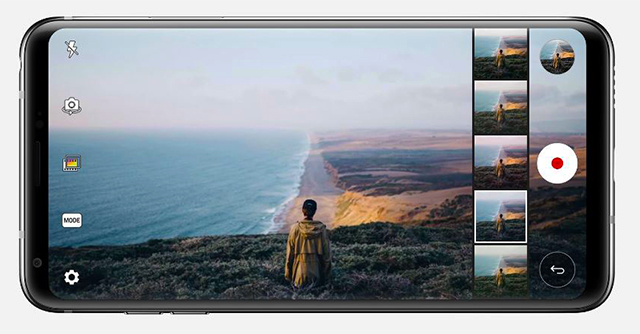 The official launch of the V30 highlighted its cinematic videography function, particularly the new Cine Video Mode which has the Cine Effect and the Point Zoom features. The Cine Effect feature allows users to choose from 15 preset selections of color palettes, depending on the mood and the scenery that they’d want to depict on their video. The Point Zoom, on the other hand, is made for smooth zooming, and allows users to zoom anywhere, and not just on the center of the screen, and is intended “to add more drama” on videos. In perfecting its new mode on videography, LG revealed that they collaborated with post-production experts and colorists. The LG V30 also has the LG-Cine Log which makes post-production editing on a smartphone possible, and the Graphy feature to easily use photo and video parameters in one click from the Graphy website.

To support its videography function, the LG V30 comes with a 16-megapixel sensor for its main camera with an F1.6 aperture, one of the largest among all camera smartphones. LG attributes the main feat of its dual lens camera setup to its lens module actually made of glass that allows it to perform better than those made of plastic. LG V30’s other camera is a 13-megapixel one, and is intended for wide-angle photography with edge distortion reduced by one-third. For selfies, the device has a 5-megapixel front-facing camera.

On its audio department, the LG V30 delivers Hi-Fi sound through its 32-bit Hi-Fi Quad DAC with two new features – the Sound Preset and Digital Filter. The Sound Preset allows users to select from modes of Enhance, Detailed, Live, and Bass for an apt sound setting depending on the kind of music they listen to, while the Digital Filter has modes of Short, Sharp, and Slow, for a more personalized listening experience. All of these are developed in collaboration with Danish audio expert B&O. The LG V30 also supports MQA formats for Hi-Fi audio streaming with reduced file size.

On the inside, the LG V30 comes powered with a Qualcomm Snapdragon 835 “to give the best possible performance, power efficiency, and battery life.” Through the said processor, the LG V30 has a graphics rendering capability improved by 25 percent, and its Adreno 540 GPU offers improved VR performance. It has 4GB RAM and 64GB onboard storage expandable up to 2TB via microSD. The LG V30 runs on Android 7.1.2 Nougat and is packed with a 3300mAh battery with fast-charging capabilities and improved power saving mode.

In terms of durability, the LG V30 has an H-Beam aluminum frame for assured strength and durability, and has a US Military Strength 810G standard compliance. Under its hood, the device has a heatpipe and thermal pad.

For security, the device comes with a number of secured unlocking options including KnockCode, Fingerprint Recognition, Face Recognition, and Voice Recognition. During the launch, LG also highlighted an improved Google Assistant designed for the device, with commands specific to the features of the LG V30. 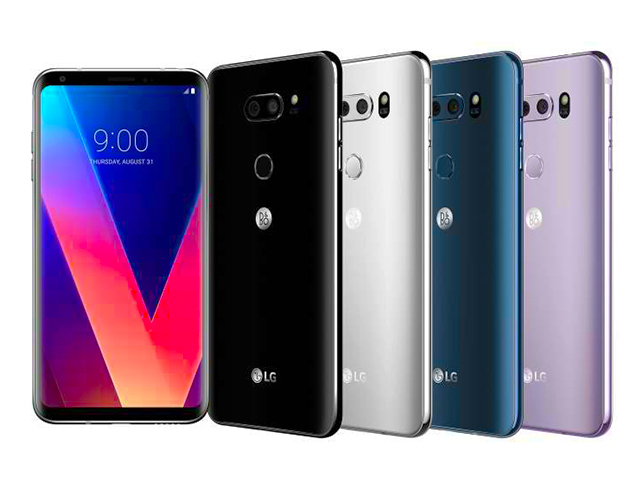 The LG V30 will be available in colors of Aurora Black, Cloud Silver, Moroccan Blue, and Lavender Violet. The device will be first available in South Korea starting September 21, together with the LG V30+ which has bigger memory capacity compared to the V30. LG Philippines has yet to announce the new flagship’s pricing and availability.