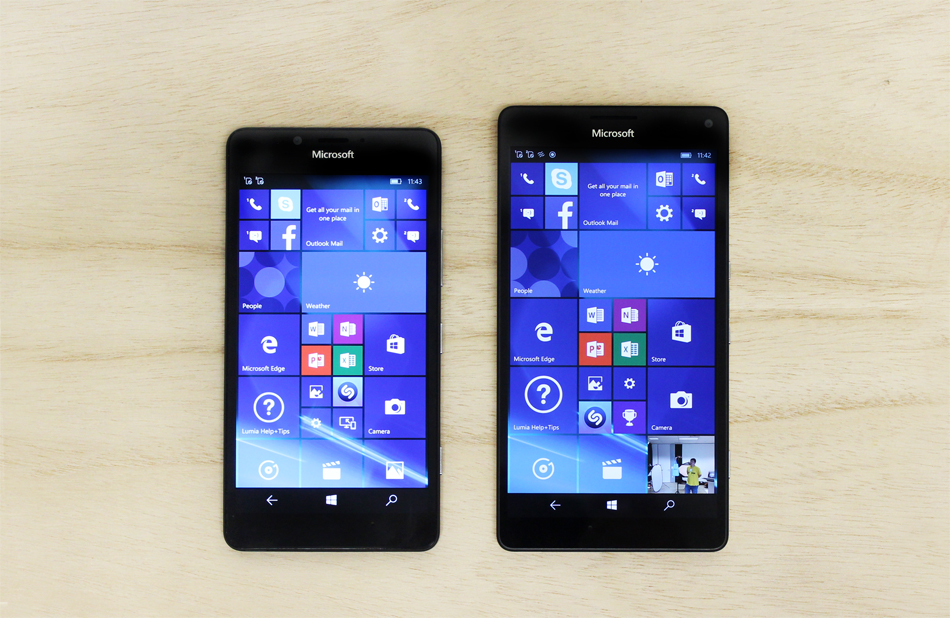 There hasn't been a flagship Windows Mobile device in the Philippines since the Lumia 930 way back in 2014. Back then, Lumia was still under Nokia, and the phone ran on Windows Phone 8. Flash forward nearly two years and today we have the Microsoft Lumia 950 and 950 XL, two new flagship-level phones running on Microsoft's new Windows 10 Mobile platform with high resolution AMOLED displays, powerful front and rear cameras and an array of interesting features like retina scanning and Continuum, Microsoft's unique feature that turns your smartphone into a desktop PC (sort of).

These phones are probably Microsoft's last chance to lure people away from iOS and Android, so it's important that they showcase everything Windows 10 Mobile is capable of. While they aren't likely to be massive sellers, if Microsoft can at least get app developers to pay attention to what it's doing, it could be enough to get the idea started that Windows Phone has lasting potential.

Do these phones offer enough to make you finally care about Windows on a phone? Let's find out in this review.

When Nokia was making Lumia phones they had a strangely appealing quality. Despite being made mostly of polycarbonate plastic, the brightly colored devices didn't look or feel cheap at all. Unfortunately, the same can't be said of Microsoft's Lumia devices. The removable one-piece plastic shell is a lot thinner and feels flimsy, and the matte finish smudges a lot easier than the older Lumia phones.

The bright colors are gone too. Your only options now are black or white, and other than a metal ring surrounding the rear camera  - larger on the 950, smaller on the 950 XL, which is weird because both phones have the same camera module - the blocky, rectangular phones have no real design characteristics to set them apart from the low- and mid-range phones Microsoft has been releasing for the past couple of years. These phones look a lot more like reference designs than a flagship you'd want to show off. Whether you opt for black or white, the front of the phones are glossy black plastic with Gorilla Glass 3 covering the display. The bezels are quite thick on both phones, which again makes them look more like low- or mid-range devices. Worse yet, the 950 XL has an even more bizarre layout where the power button is in the middle, flanked by two tiny volume buttons on the top and bottom, making it really easy to hit the wrong button. If you prefer more vivid colors, similar to what Samsung displays normally show, you can adjust the color saturation and temperature in the Color Profile section of the Extras setting menu.  My only complaint is that the screens are really glossy and reflective, which can make it hard to see your screen under bright lights.

Audio on both devices comes from a single rear speaker positioned next to the camera module. Rear-firing speakers tend to be pretty bad as the sound is directed away from you and the 950 and 950 XL didn't do much to change that trend. Volume is adequate when you're facing the speaker (i.e. not looking at the screen) but is fairly muffled if you're watching video with the speaker facing away. It's also pretty thin without any bass to speak of.