Coby Carries In The Kyros

United States-based company Coby Electronics Corporation recently staged an event today at the Mango Tree Thai Restaurant in Taguig in which they launched its Kyros lineup of tablets. Coby, according to its Global Sales Marketing Director, actually has a significant tablet market share in other countries this year. In the United States, Coby has the third largest market share. Meanwhile, the company ranked second (13%) after Apple (23%) in Argentina. 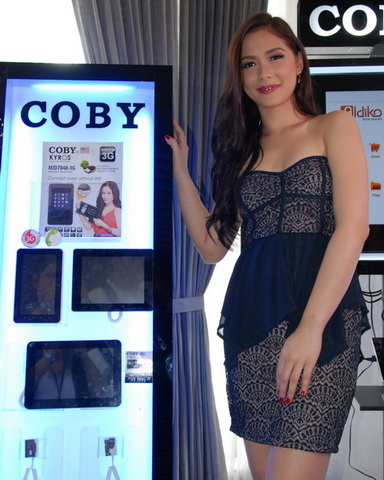 Established in 1990 by its Chief Executive Officer Young D. Lee, Coby now has a wide product portfolio under its belt, composed of multimedia players, radio sets, digital cameras, speaker systems, and earphones. The largest product division of Coby is focused on televisions (49.27%). Today, the company owns three large factories in China that are located in Fo Shan, Shenzhen, and Xin Feng. 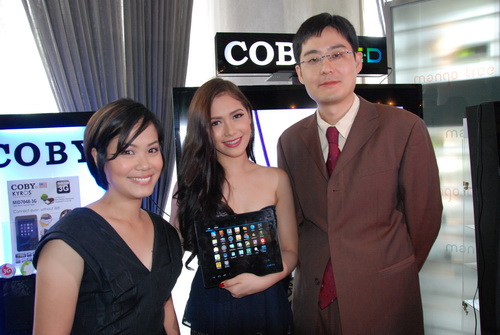 Coby’s Kyros lineup is composed of various tablet models with different display sizes. The most basic has 7-inch whereas the largest ones have a 10.1-inch screen. There are 8- and 9.7-inch models as well. One specific example of the 9.7-inch model is the MID9742 which has 1GHz Cortex A8 CPU, 1GB RAM, and 8GB onboard storage. It also carries front and rear cameras, and a micro-HDMI port that allows users to connect it to an HDTV. One of the largest models in the group is the MID1042-8 with a 10.1-inch display, 1024 x 600 resolution, and 16:9 aspect ratio. Wi-Fi connectivity is a common feature in all models.

For more information about the tablet models, view the chart below.