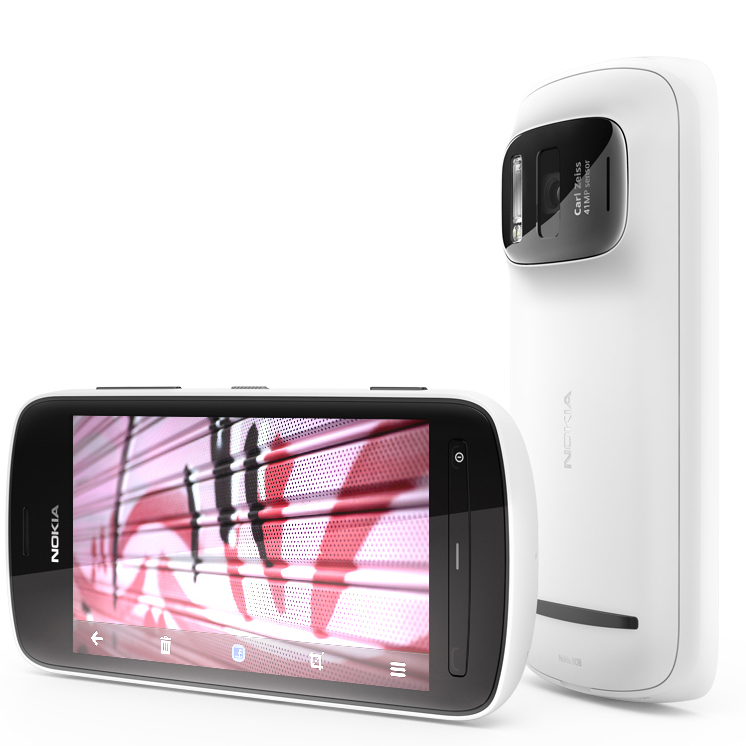 Nokia pulled a huge surprise yesterday when they announced the Nokia 808 PureView, a smartphone with a 41MP camera. Our earlier hands-on provided you with a glimpse of the new Symbian Belle smartphone but we figured that you might be wondering about the real meaning behind this 41MP sensor.

So what does that number really mean, and do more megapixels translate to better looking pictures? What are the challenges of squeezing so many megapixels into such a small sensor, and why does the smartphone save its images in 5MP when it has a 41MP camera? We break down the 808 PureView's 41MP for you, step by step.

Editor's note: Since we don't have the smartphone in our hands, we based our understanding of the camera based on its announcement and Nokia's PureView imaging technology whitepaper (PDF link).

First, we have to break down what we mean when we say megapixels. Every image you see on a digital photograph is made up of tiny dots, each one called a pixel. A megapixel is a term for one million pixels, and it's used to describe the size of a digital image as well as the size of a digital image sensor. For example, when a JPEG image has a resolution of 4000 x 3000, it means that the image is made up of 4000 columns by 3000 rows of pixels. It has a total of 12,000,000 (4000 x 3000) pixels, and since that's a rather large number to say, we shorten it by describing it as a 12MP (12,000,000 divided by a million) picture.

Megapixel is also used to describe the total number of pixels on an image sensor. To create a 12MP image, an image sensor has at least 12 million pixels, or photosites, on it. Each photosite captures light as it passes through the camera's lens and hits the sensor, and translates that into digital information which is rendered into an image by the camera's image processor.

So when Nokia says the 808 PureView has a 41MP image sensor, it means that there are 41 million photosites on the sensor which can capture 41 million pixels' worth of information. But even though the sensor has 41MP, it can't really use all of them, and to understand why we need to explain the term 'effective pixels'. 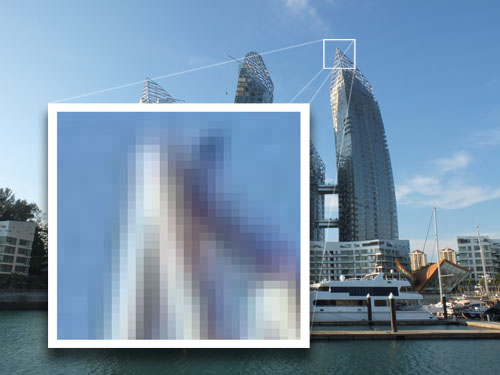 The next term we need to learn is effective pixels, which is different from the total number of pixels on a sensor. Even though an image sensor can have, say 12MP in total, it can't use every pixel for the simple reason that a sensor is rectangular and lenses are round. So there are always pixels falling outside of the lens' coverage, and the effective pixels are the actual number of pixels which remain to capture the light. 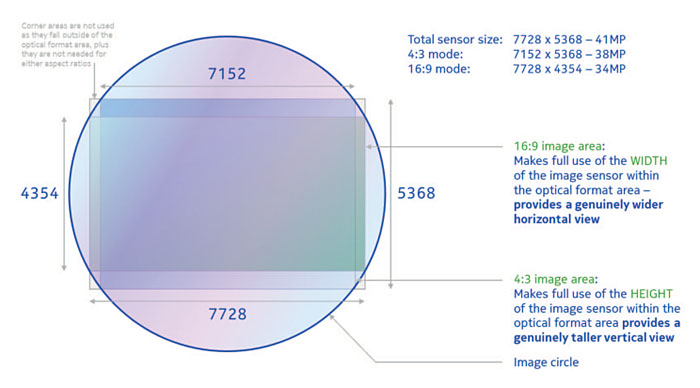 Do Too Many Megapixels Spoil the Picture?

Image sensors have limitations. Two sensors of different sizes, a larger one in a DSLR and a smaller one in a smartphone, can have the same number of megapixels, i.e. the same number of pixels on their sensors, but the larger sensor in the DSLR will produce a better image. That's because the smaller sensor is cramming more photosites onto a smaller surface area, thus each photosite is smaller and its ability to capture light is lessened. It's like two people who each have the same number of buckets to collect rain water, only one has much larger buckets and the other has smaller ones. 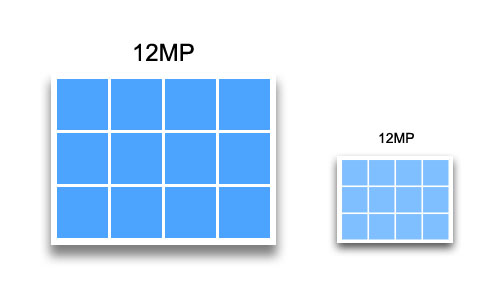 41MP is a big number compared to, say, 12MP, but if Nokia had gone the 12MP route, then it would have ended up with a sensor that had fewer, but bigger photosites, rather than many, but smaller photosites. In fact, that's what they did with the Nokia N8. While the N8 had a smaller image sensor, it captured data at 12MP and had a pixel size of 1.75 microns. In comparison, while the 808 PureView has a sensor that is 2.5 times larger than the one in the N8, because of the large number of pixels on the sensor, each pixel only measures 1.4 microns. 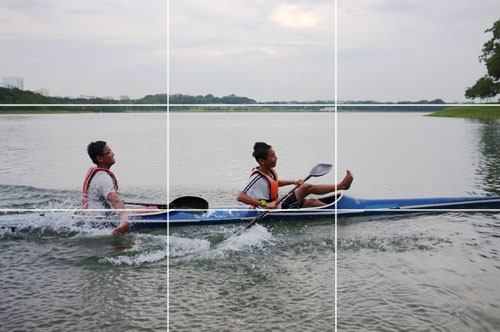 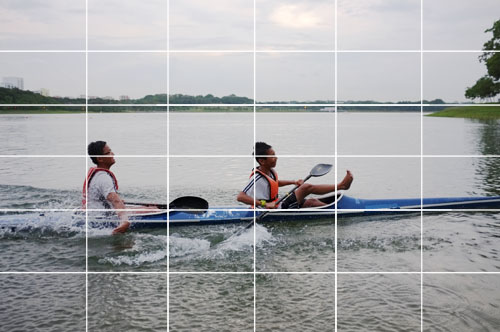 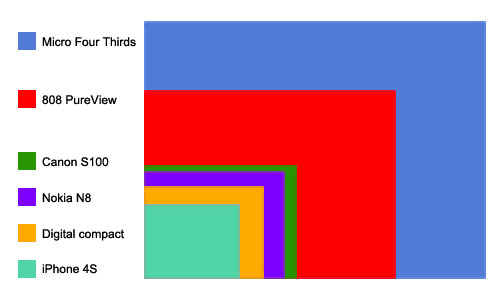 Generally speaking, larger sensors with larger photosites produce better looking images with less image noise and higher dynamic range. This is not always true, but if nothing else changes, increasing the number of photosites while keeping the sensor size the same tends to introduce more image noise and reduce dynamic range. The 808 PureView has a remarkably large sensor, as you can see in the comparison above. Not only is it significantly larger than image sensors used in most mobile phones, it's also larger than most digital compact cameras'. The worry then, isn't that the 808 PureView's sensor isn't large enough, it's that packing too many megapixels into a sensor of this size might adversely affect image quality.

But sensor size, while a reliable indicator of image quality, isn't the entire picture. Improvements in image quality can be made from advances to sensor technology and image processing. This isn't impossible; more megapixels have been crammed into digital compact cameras over the years while sensor sizes have remained constant, and some manufacturers have been able to do it while retaining image quality. Nikon's latest D800 DSLR camera shoots at 36MP, whereas its predecessor the D700 shot 12MP images with the same sensor size, and Nikon is claiming even better image quality than before.

The 808 PureView's sensor captures at 38MP at its maximum resolution, and the camera can output images at 3, 5 and 8MP (5MP is the default setting), as well as a 'creative' shooting mode where you can save images at full resolution – 38MP with a 4:3 aspect ratio and 36MP with a 16:9 aspect ratio.

Nokia says that the secret to great image quality with the 808 PureView's image sensor is oversampling. What the camera does is it captures data at 38MP (when shooting at the 4:3 aspect ratio), but then down-samples or pixel-bins the image to a default output of 5MP. It does this by combining the information from several pixels to create a single pixel, in the case of 38MP to 5MP, seven pixels are combined into one. Nokia claims that by doing this, the 808 PureView's camera manages to retain image detail but reduce image noise.

Have you ever noticed that an image can look terrible when you look at it on a large monitor, but when it's scaled down to the size of your smartphone it looks a lot better? That's because the image's imperfections have been reduced along with its size – as well as detail. This is one of the benefits you can get from down-sampling an image. If an image looks noisy at 38MP, it will look better at 5MP.

While you can save images from the 808 PureView at 38MP, you lose the benefits of having the camera do the pixel-binning for you, because instead of averaging aggregate data from seven pixels, the camera is creating each single pixel from a 'smaller' single photosite. But there should be more information saved in the 38MP data file, and through post-processing it should be possible to create your own 5MP that looks at least as good, or even better, as a 5MP file from the 808 PureView.

There is No Zoom

The 808 PureView's lens does not zoom; instead what the smartphone does is crop into the image to create the illusion of zoom. But the 808 PureView's digital cropping is quite different from the digital zooming used in most digital cameras.

On other digital cameras without optical (lens) zoom, zoom is faked by first cropping into an image and then enlarging the crop to fit the original resolution. For example, a camera may take photos at 8MP without zoom. The user tells the camera to zoom into the image, a section which may be turn out to measure, say, 4MP. The camera then takes this 4MP image and up-samples it by filling in adjacent pixels and creating an 8MP image. That's why digitally zoomed images never look as good as optically zoomed images.

The 808 PureView, however, doesn't up-sample anything. Instead, it's already captured a 38MP image, and when you tell the camera to zoom in, it's still able to create substantially large images just by cropping in. At its furthest zoom (approx. 3x for stills), the camera is able to create a 5MP image with a real number of 5MP pixels without up-sampling. It also means that the image isn't as detailed because the camera is now capturing with less pixels (5MP) than before (38MP) and you lose the benefits of pixel-binning. Thus, instead of calling it a zoom on the Nokia 808 PureView, it's actually more accurate to call it a crop. That's why Nokia says the zoom function is completely silent – there is no zoom!

The Proof is in the Photograph

The real test of a camera's ability is in the photographs it produces. And even though we don't have the smartphone on hand, Nokia has uploaded full-resolution sample images from the 808 PureView which you can download and inspect for yourself. We don't know if the images have been post-processed though, so take the quality you see with a grain of salt - but we have to say the images look great, if a tad soft (Nokia has three unprocessed images available for download in a 32MB zip file) . The ability to zoom in close and still see detail is amazing, especially when you consider that these are images taken from a smartphone camera. Low-light images are surprisingly free of noise, although we are seeing a strange and low EXIF readout of ISO58 for the one low-light sample provided, so it isn't a definitive example of the 808 PureView's low-light performance.

We're seeing file sizes ranging from 9 to 13MB on the downloaded JPEG files. The files may have been further compressed in post-production, but assuming they weren't, these are big file sizes for a smartphone processor to handle. Nokia says that there is a special companion processor in the 808 PureView which handles pixel scaling, and that one of the reasons it has taken so long to develop the phone is that they couldn't get hold of enough processing power before - the 808 PureView has been in development for five years!

41MP on a Smartphone: Revolution or Hype?

There are three overarching factors which determine the quality of an image from a digital camera: The quality of its lens, image sensor and image processor. The number of megapixels is just one factor among others, so it's impossible to determine just how good a camera will perform based on that metric alone. And we have to say that we were initially skeptical on hearing the astronomical number of pixels Nokia has squeezed onto a comparatively small sensor, but the sample images have impressed us into giving the camera the benefit of the doubt.

But there is no doubt that Nokia has pulled off a significant engineering breakthrough with the 808 PureView, and it will be interesting to see how the smartphone landscape reacts to this development. As it is, we can't wait to get our hands on the smartphone and go shooting for ourselves! 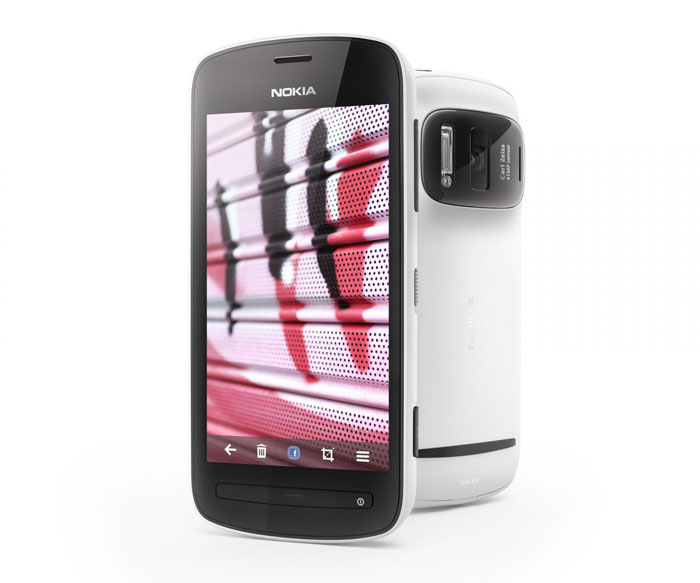