Some might think that both the Nokia Booklet 3G and Nokia N900 are the limelight for this year's Nokia World. We think otherwise, because Nokia has also taken the opportunity to confirm what its X-series will be - X for XpressMusic and it will represent all future music-centric devices.

Taking this opportunity at Nokia World, the Finnish company has just unveiled two new X-series devices. They are the Nokia X6 and Nokia X3. Firstly, let's talk about the X6. Like the Nokia 5800 XpressMusic, the X6 will only be available as a Comes with Music device. This would translate to unlimited music downloads from the Nokia Music Store for a whole year.

Most of us would have known that the X6 is powered by the touchscreen Symbian S60 V5 OS. But the interesting fact here is that the X6 is the first Nokia device with a capacitive display. This is quite aptly used, since we've also noticed that kinetic scrolling is available for its Music and Contacts bar. The X6 will also come with a feature known as Playlist DJ. This is essentially a smart software manager that assigns 'categories' to your music and adjusts your playlist according to your whims. For now, the X6 will be the only device loaded with the Playlist DJ function. For those who're interested in the X6, be ready to shell out 450 euros for this music phone. 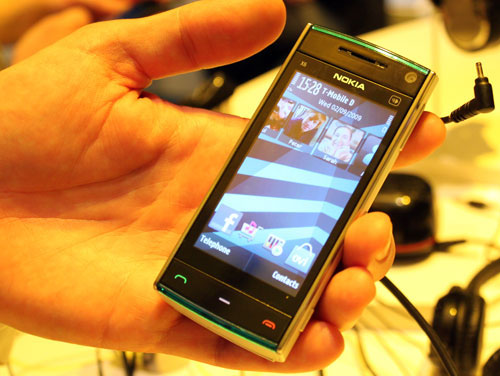 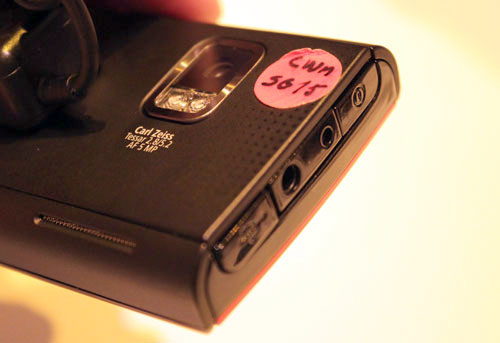 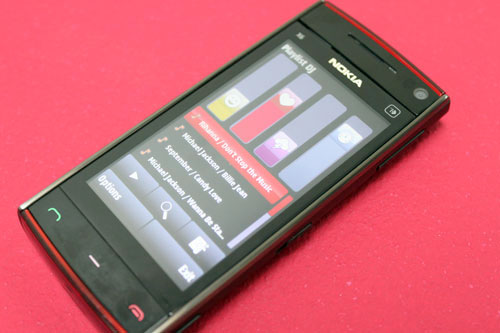 The X3 is targeted at the entry-level consumers who are seeking a basic device with decent music playback quality. Unlike the X6, the X3 will be using the more basic Symbian S40 OS. Though priced at the affordable 115 euros range, the X3 doesn't look or feel like an entry-level device. During our hands-on time with the unit, we found the build quality good and sturdy, plus it has a solid feel to it. 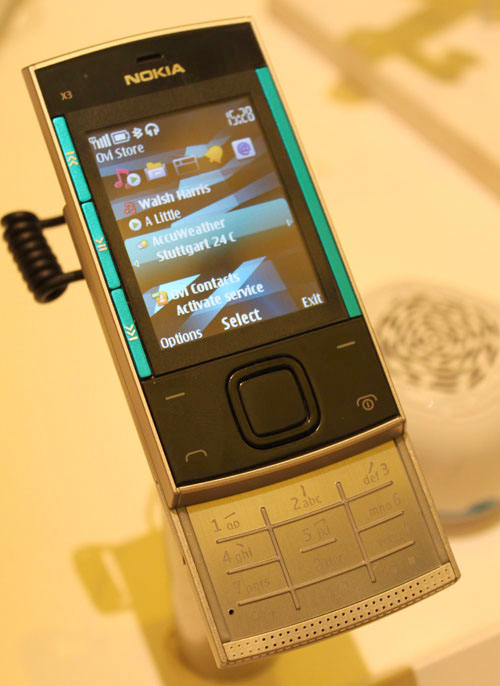 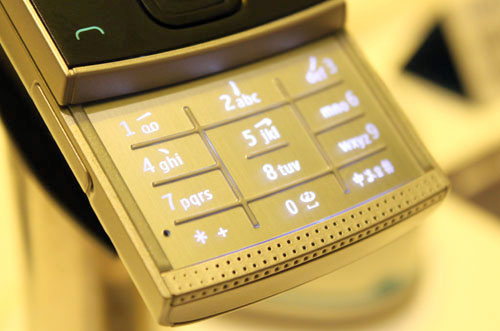 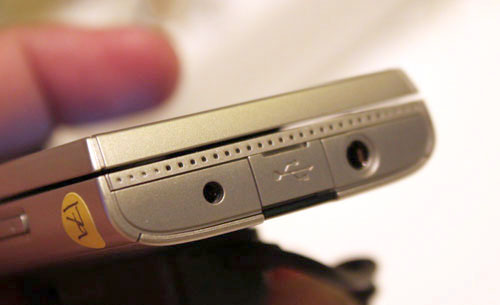