The NVIDIA GeForce GTX 980 is coming to notebooks 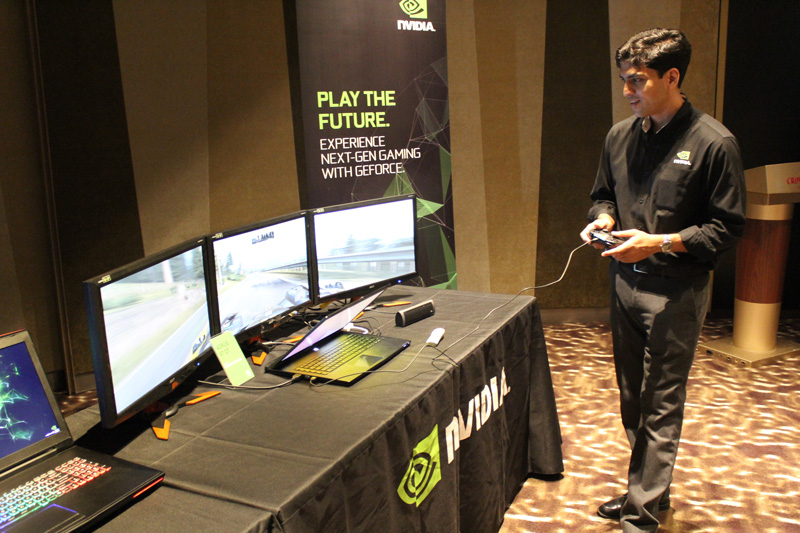 Bridging the gaming performance delta between notebooks and desktops

For this event, NVIDIA invited us and other regional outlets to unveil its latest product. We went to the event predicting that the company would probably unveil a 'Titan M', a mobile version of its Titan GPU. It turns out we were wrong. 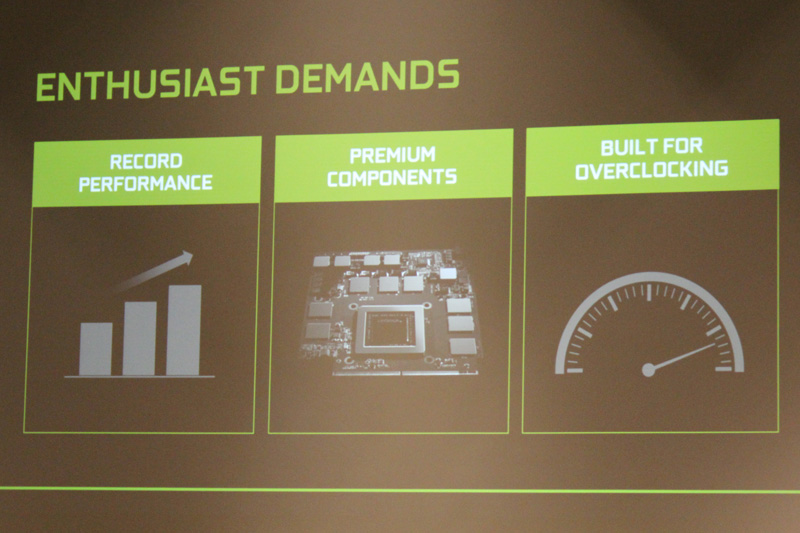 While NVIDA in the last few months has catered to the budget-conscious mobile gamer with their NVIDIA GeForce GTX 960M and 950M GPUs, they've made it clear that the Play the Future event we went to yesterday was solely catered to the hardest of the hardcore.

NVIDIA kicked off the event innocently enough. They outlined that the hardcore PC enthusiasts are always on the lookout for the next big thing. They'd readily upgrade early to get a performance boost, rather than wait for high-end premium hardware to come down in price. For many (if not all) of these gamers, price isn't an issue. As long as the hardware delivers, they'd pay anything. Performance is everything to them. 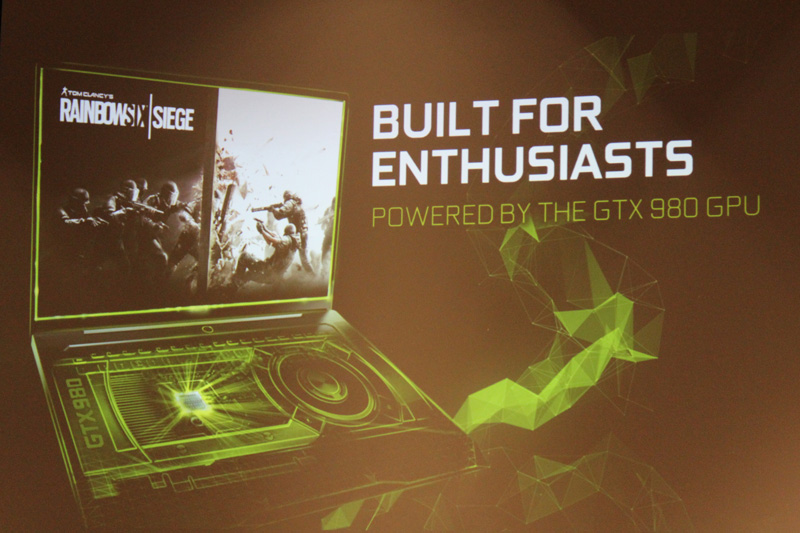 There'll be no difference between a NVIDIA GeForce GTX 980 in a desktop or one in a gaming notebook. All of the specs for the card remain the same, with comparable performance on desktop and notebook machines. It's a far cry from the NVIDIA GeForce GTX 980M where the notebook version was only about 75% as powerful as its desktop counterpart. 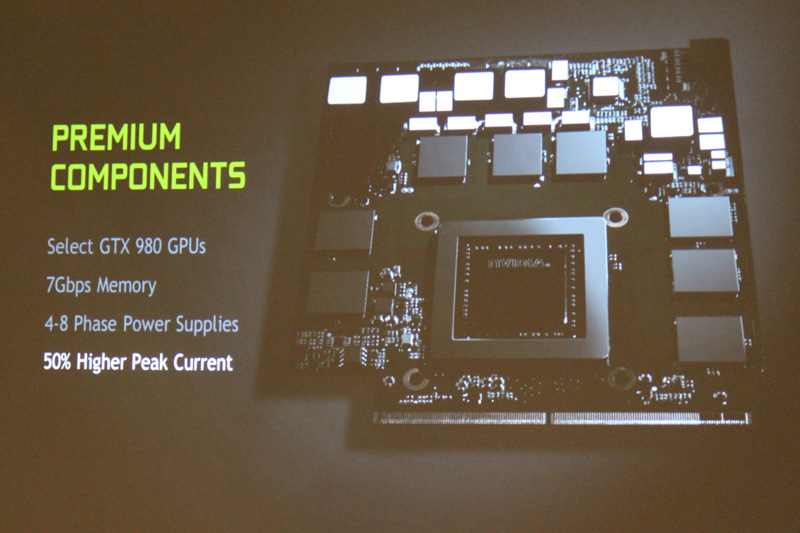 Speaking of premium components, NVIDIA will sort out or 'bin' select desktop GeForce GTX 980 GPUs that are capable of performing within the thermal and power constraints of the notebook form factor, i.e., only the best silicon chips from the yield will make the cut. Also, the video memory modules are operating at over 7000MHz (7Gbps)! The system board of the GTX 980 GPU hosts a slew of power management components that drives a 4- to 8-phase power delivery system to the GPU. With their ability to provide higher peak current, about 50% more than usual mobile GPUs, the GTX 980 GPU is ready to be overclocked for more performance boost. 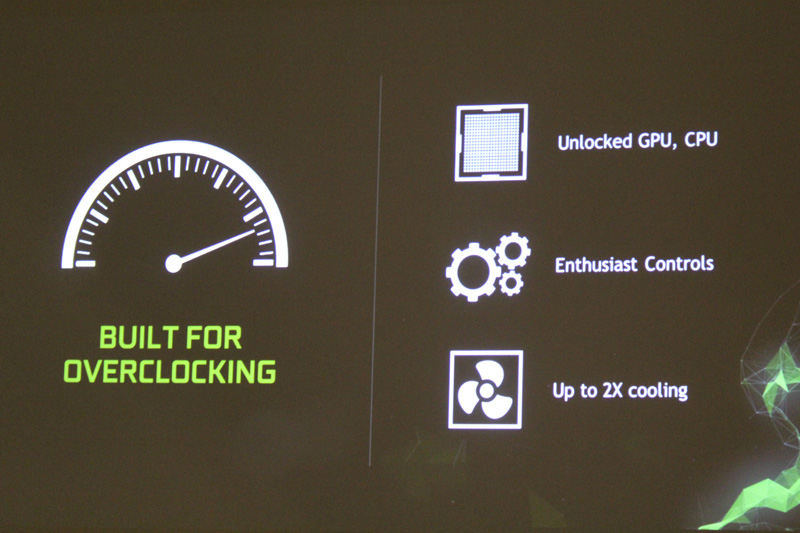 Not only is NVIDIA focusing more on overclocking, it's also packing in more utilities and cooling to keep enthusiasts happy. While most gaming notebook companies have their own utilities, those are usually proprietary, which is why NVIDIA has decided to release their own set of utilities. 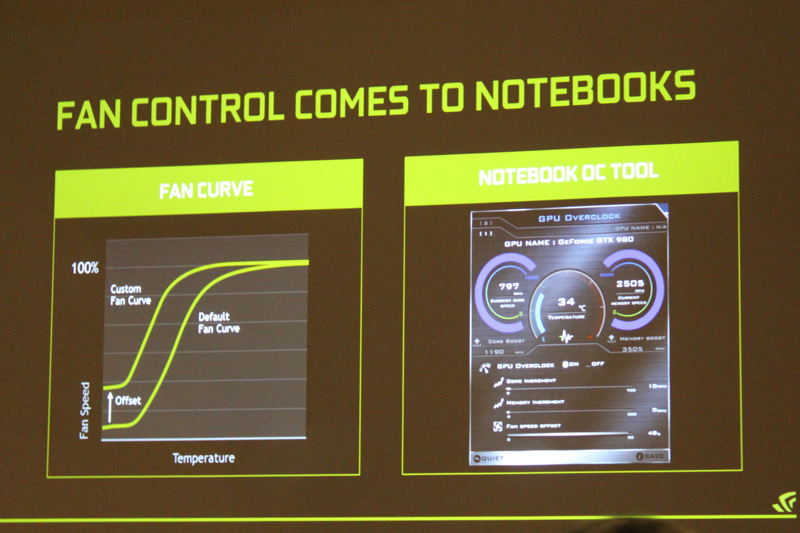 Since the tool is universal, no matter what company makes the notebook, the utilities will still remain the same. That's great because it makes things easier and also means that enthusiasts can share their builds without needing to download special programs like Afterburner to overclock their hardware. 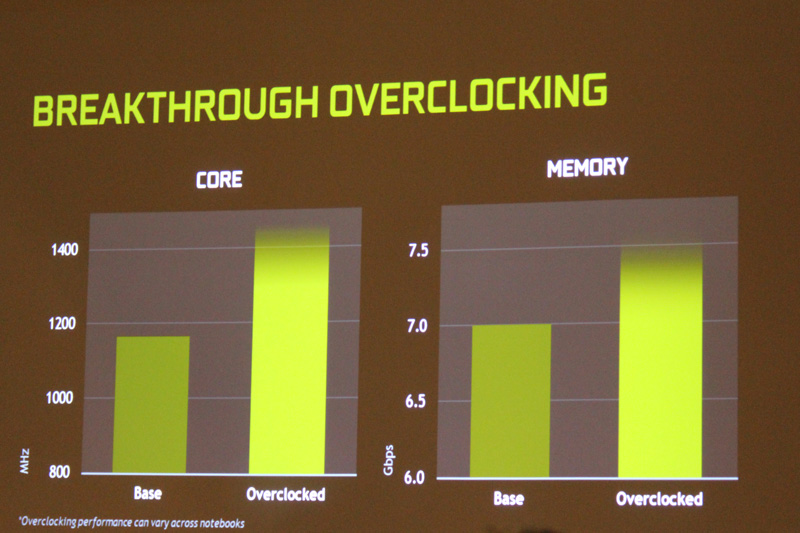 With overclocking as the main focus, the new machines can easily be overclocked without fear of excessive heat generation as all new notebooks featuring the desktop GeForce GTX 980 will be equipped with enhanced cooling capabilities - be it in the form of more efficient heat sinks or more fans. Despite the improved cooling, none of the notebooks will be bigger than their earlier incarnations. All of them are using the same chassis as the existing models in their line, a fact that NVIDIA is extremely proud of.

While overclocking and superior performance is good and all, NVIDIA's quick to point out that the new notebooks will be the only ones in the market that will be able to deliver a competent VR experience. 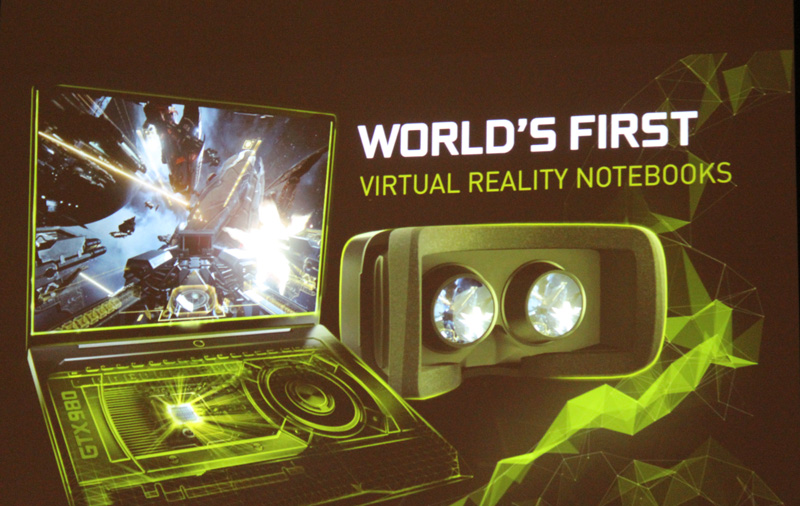 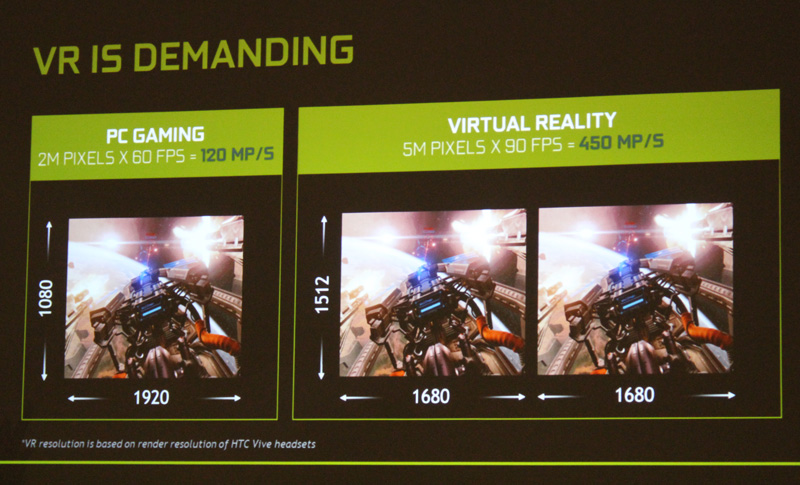 Not just any machine can run VR. It's extremely demanding and requires beefy hardware for smooth performance. Unlike games, where drops in performance can be overlooked, VR demands a constantly smooth experience. Not only is it integral to the whole experience, it also affects the user as stuttering or lag in VR will inevitably lead to headaches, motion sickness and nausea. The slide above pretty much sums up the power required for a good VR experience. 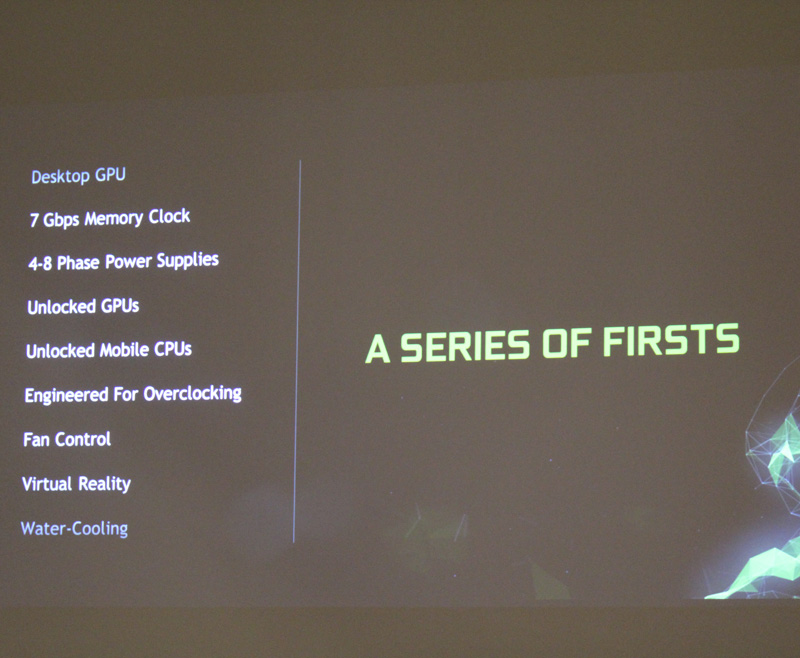 Head on over to the next page to see some of the new gaming notebooks that will feature the desktop-grade NVIDIA GeForce GTX 980 GPU in action.