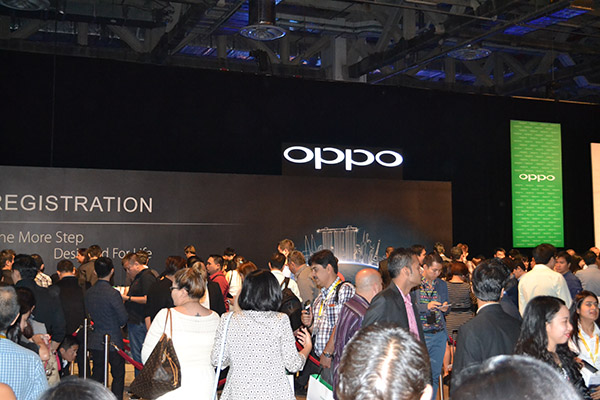 OPPO, a Chinese smartphone manufacturer known for the N1 that has a swiveling camera and one of the few manufacturers that has official support for Cyanogenmod, is once again making waves as it recently held a huge launch event in Singapore last October 29. Held at the Marina Bay Sands, around 1,300 people were in attendance to witness the launch of OPPO’s two new smartphones in the form of the N3, the world’s first smartphone with an automatic swivel camera, and the R5, the world’s thinnest smartphone. 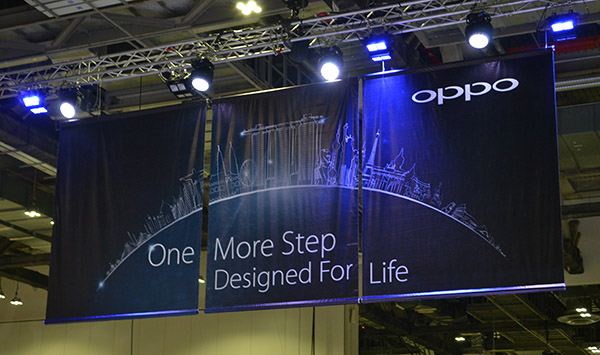 OPPO’s global launch is not just to showcase its new smartphones, but also to show the world its commitment to its “Designed for Life” philosophy, which means that the company aims to inspire and design solutions that enrich the lives of users. 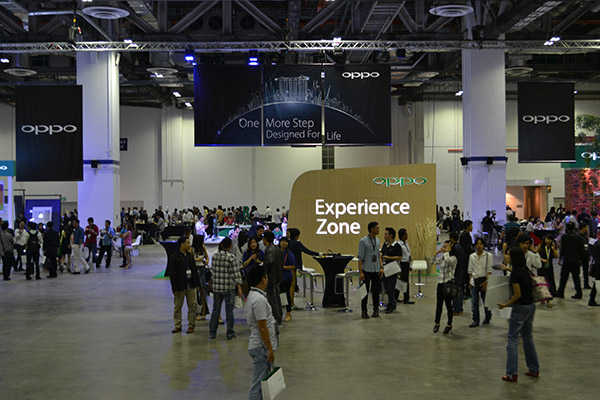 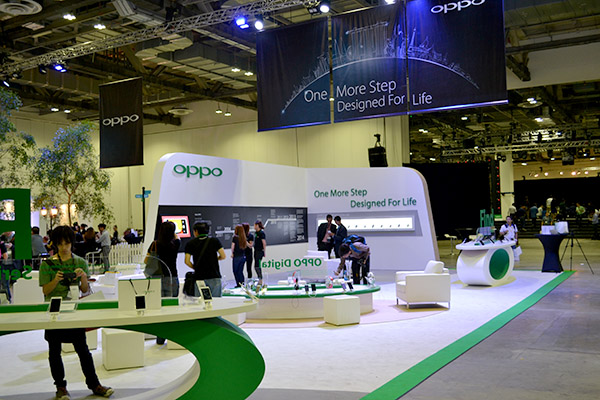 OPPO didn't just announce and launch two of its new smartphones as it let invited guests to play around with them and experience for themselves what the N3, R5, and PM-3 are capable of. 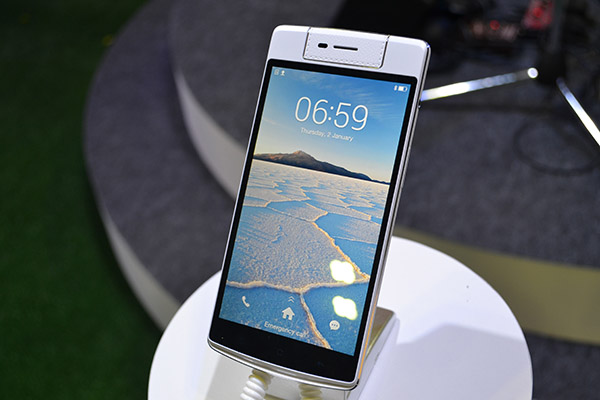 OPPO tried something different when it released the N1.The new addition to the N series, the N3, combines functionality, beauty, and performance to embody the company’s philosophy. Taking things a step further, this smartphone is the world’s first smartphone that features and automated swivel camera. 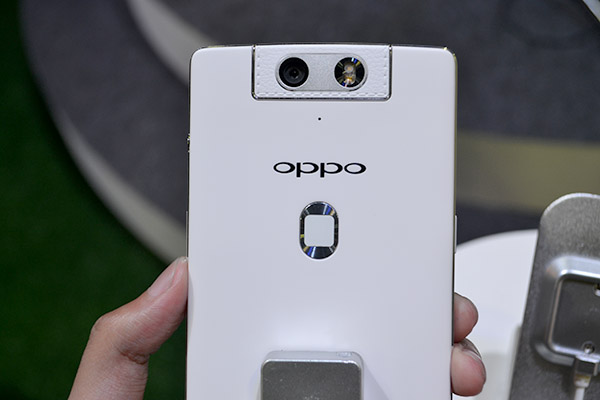 As part of the N series, the N3’s strong point is its camera. It has the ability to rotate 206˚and is capable of taking pictures using its free-stop and multi-angle shooting features. Putting to good use its automated swiveling camera is its ability to take horizontal and vertical panoramic and wide-angle shots. Furthermore, it showcases OPPO’s unique target-tracking focus shift function which allows users to identify a target to focus on and the camera will constantly modify its angle to follow the target. This makes it great for taking photos of moving subjects. 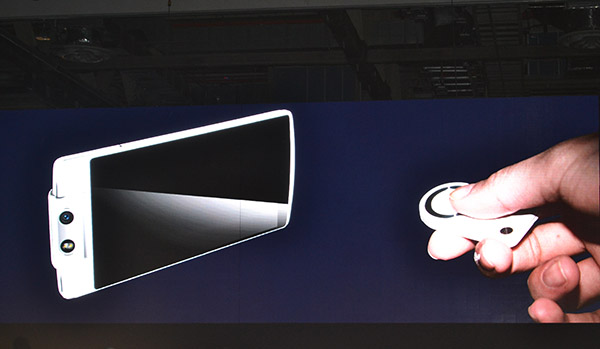 The N3 also features a mobile camera lens that was developed in partnership with Schneider Optics that lets its 16MP camera take 64MP images. There’s also OPPO’s Pure Image processing technology, PI 2.0 Plus. This technology adjusts the white balance, brightness, focus, and other actions intelligently. Lastly, to make the N3’s camera more user-friendly, users can control the camera by using gestures, Touch Access, or by using the O-click accessory. 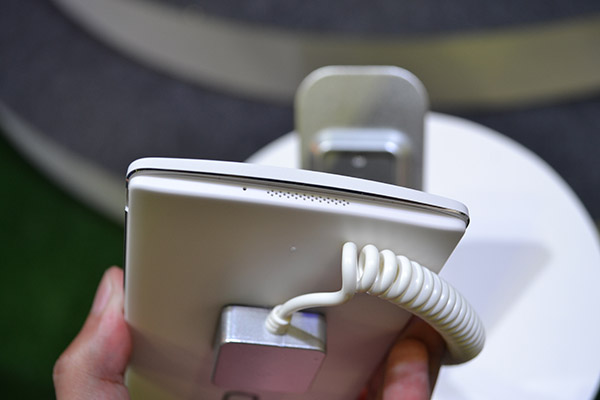 For the N3's specs, visit this article. 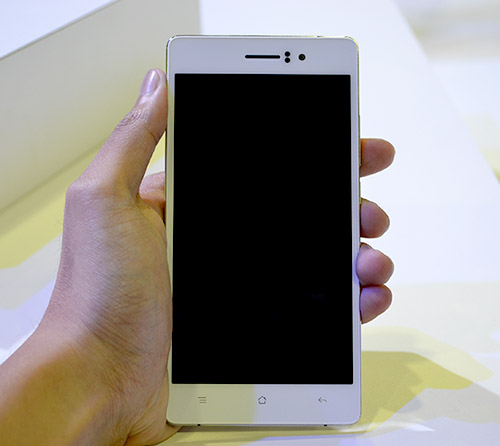 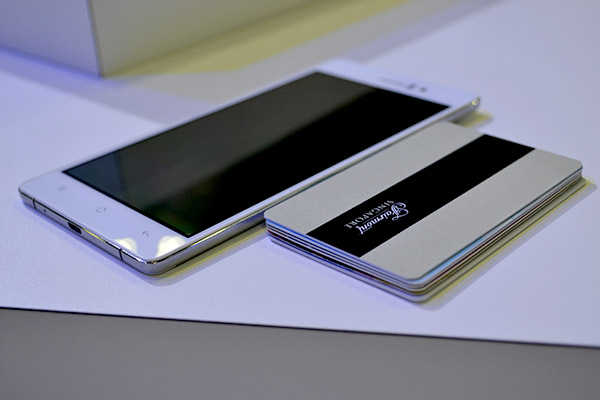 We’ve seen smartphone manufacturers make thin phones like the Ascend P7 and the Elife S5.5, but OPPO’s latest addition to the R series definitely takes the top spot as the slimmest phone in the world. Measuring just 4.85mm, the R5 doesn’t skimp out on functionality, design, and performance. 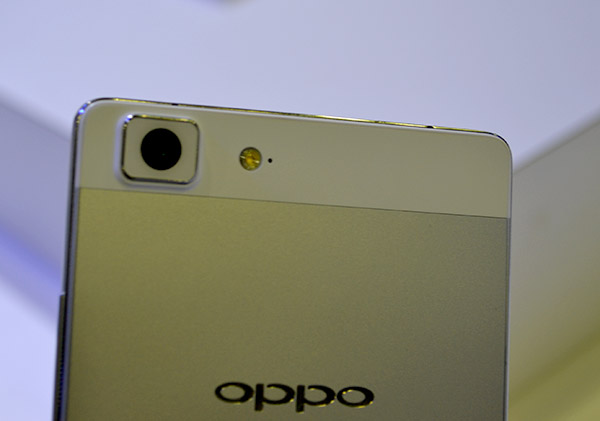 When it comes to technology, everything that gets smaller or thinner is sure to face problems such as heat and rigidity. OPPO manages to keep the R5 cool and sturdy with its nifty engineering. To answer the heating problem, OPPO employs the use of its patented heat dissipation technology called Cool Element. It makes use of a phase-change material to keeps its octa-core CPU cool even when running demanding apps or games. As for the rigidity problem, OPPO uses first-grade steel to manufacture the R5’s body and its design makes the chassis easy to grip so you won’t accidentally drop it while using it.

View our previous article for the R5's specs.