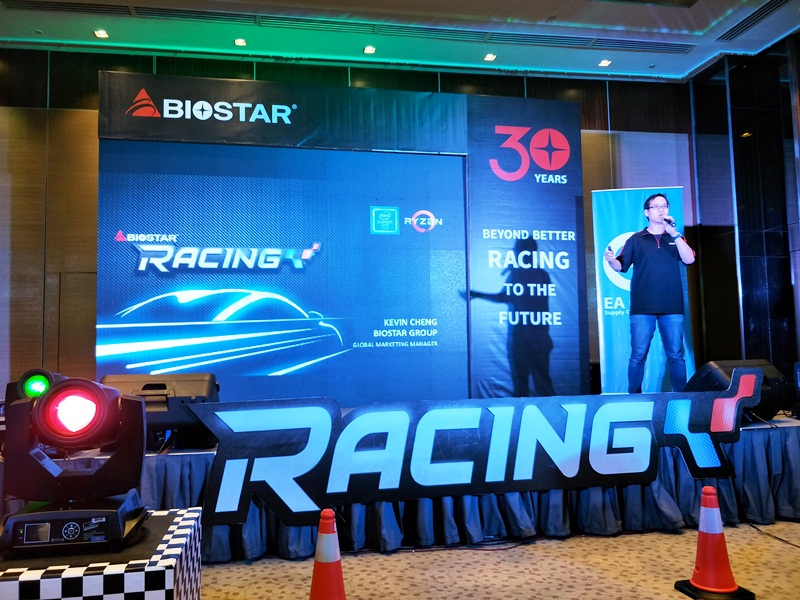 Over 30 years and beyond

Marking its 31st year in the industry, Taiwan-based PC components maker Biostar recently staged a grand event in Pasig City, a couple of months after it showcased its new products at Computex 2017.

“Beyond Better, Racing to the Future has served as our motto, embodying our commitment to our customers for continuous development and improvement,” shares Kevin Cheng, Global Marketing Manager of Biostar. “Biostar integrates all the must-have benefits into a high-performing gaming motherboard, and proudly offers more exclusive and optimal features to the eSports and gaming industry. In the next five years, we aim to be the No. 1 brand in gaming, as well as in crypto mining industry.”

Established in 1986, Biostar shipped over 100 million motherboard and is aiming to ship 100 million more in the coming decades. In the Philippines, Biostar, through its local distribution partner EA Global, is bringing to the Filipino market its current line of motherboards that caters to both AMD and Intel platform users. 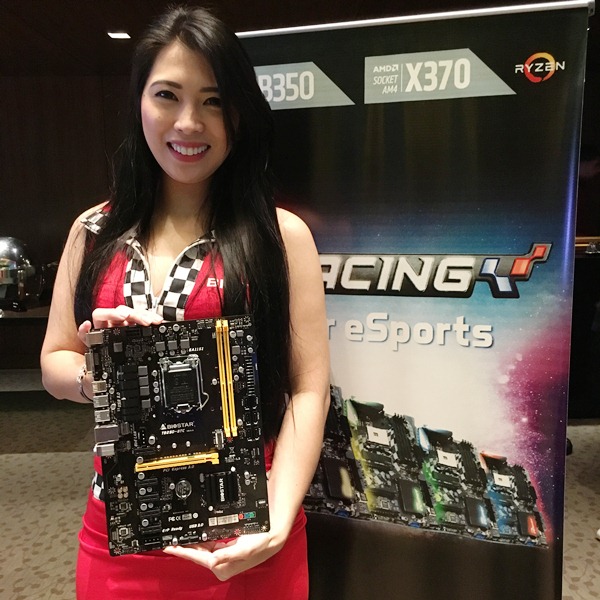 Biostar's motherboards are top-billed by the Racing series which aim at PC gamers. Biostar Racing motherboards embark on the five key design concepts that include Super Face, Super Fun, Super Power, Super Sound, and Super Easy. The first two design concepts, Super Face and Super Fun primarily refer to the aesthetic appeal of the boards by adopting onboard RGB full-color LED lighting that can be customized with the help of the Biostar Vivid LED DJ application.

Super Power covers features of Biostar motherboards like overclockability with the help of premium MOSFETs and fast charging of compatible USB devices (smartphones and tablets) by up to 75% in just 30 minutes. Meanwhile, Super Sound is achieved by Biostar motherboards through the integration of a Hi-Fi Zone Design (an isolated audio section on the motherboard) which features a Realtek ALC1220 audio codec and Hi-Fi capacitors. Lastly, there is Super Easy which simply refers to the convenience of using a Biostar motherboard, thanks to a user-friendly BIOS interface and onboard GT Touch Panel buttons. 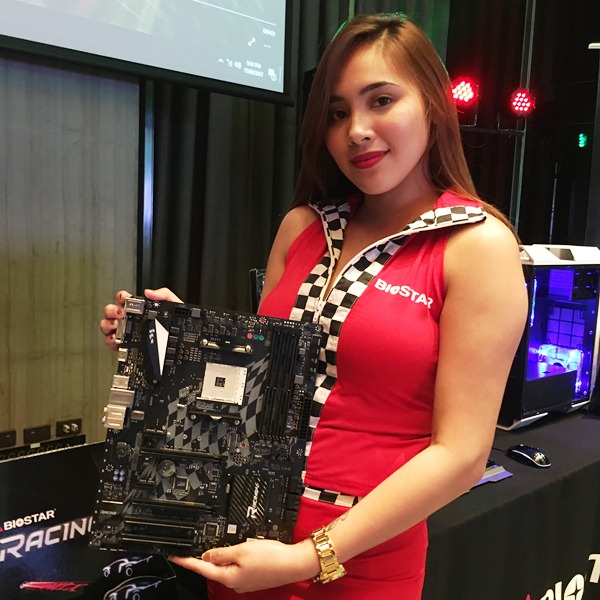 From gaming to cryptomining 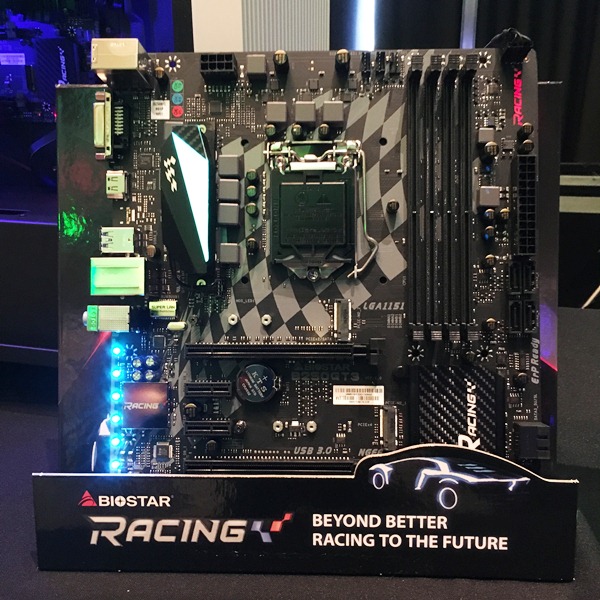 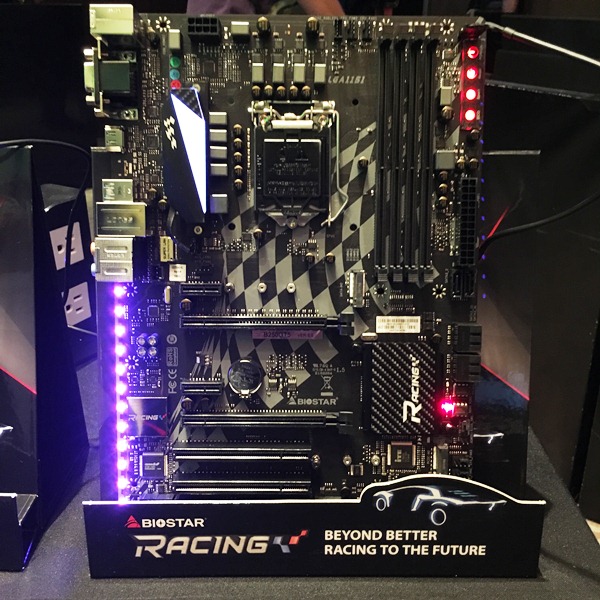 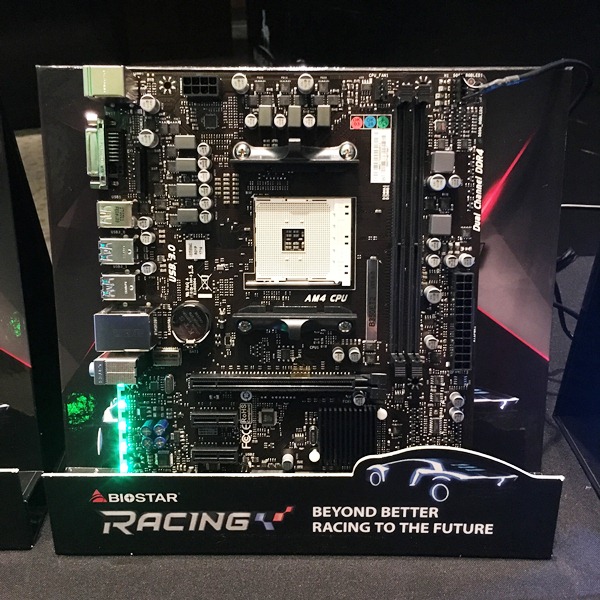 On the other hand, AMD-based Racing series boards are represented by the X370GT7, X370GT5, X370GT3, and the X370GTN which Biostar claims as the first AMD AM4 mini-ITX motherboard. AMD-racing boards also feature the FLY.NET utility with DRAGON Gaming LAN which can auto-detect the bandwidth of other applications and boost the bandwidth alloted for online games. 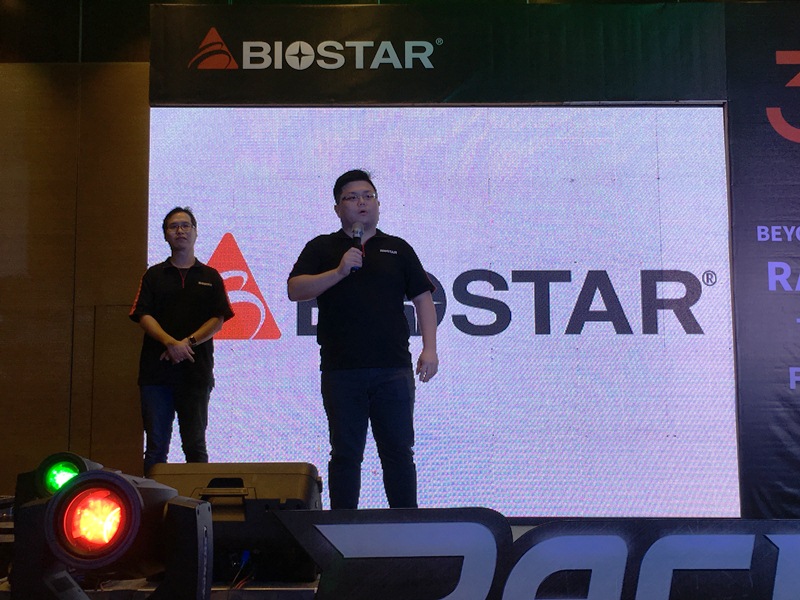 Apart from gamers, another set of audience which Biostar is also looking at consists of enthusiasts who are into cryptocurrency. According to Johnson Wang, Biostar's Territory Manager for Mid-east and Africa, the company has been investing in the cryptocurrency market since 2011 and other motherboard brands are just following them in this category. 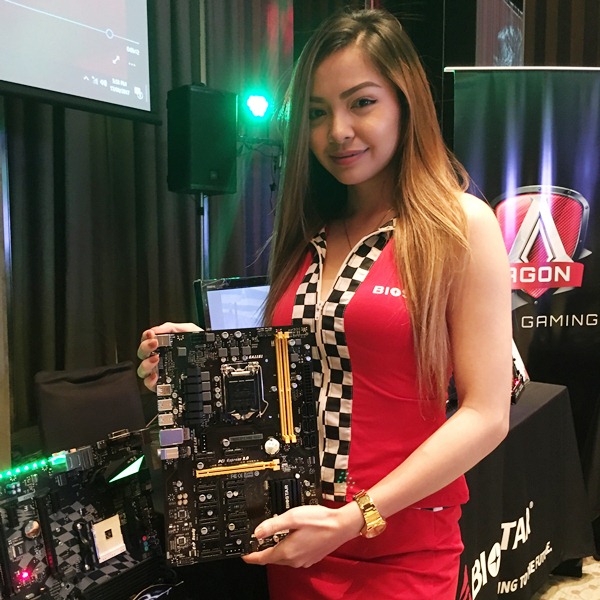 Leading Biostar's current array of cryptocurrency mining motherboards is the TB250-BTC PRO which features a set of 12 native PCIe slots that can accommodate up to 12 graphics cards simultaneously. Other models in the segment include the TB250-BTC+, TB250-BTC, TB350-BTC, IA320-BTC, and the H81A. 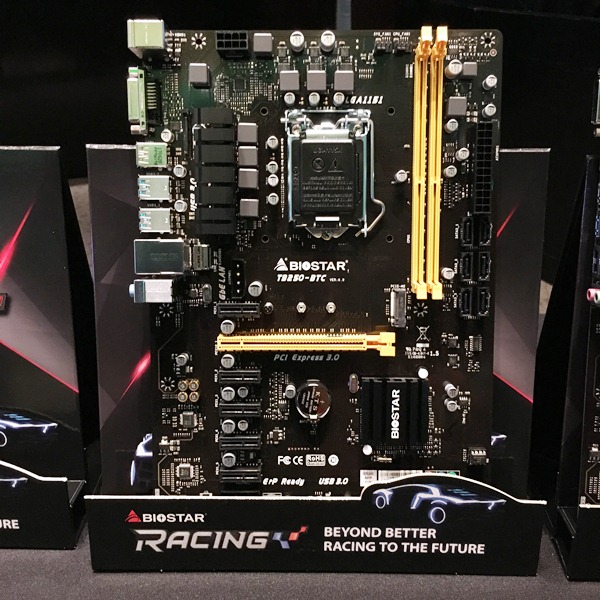 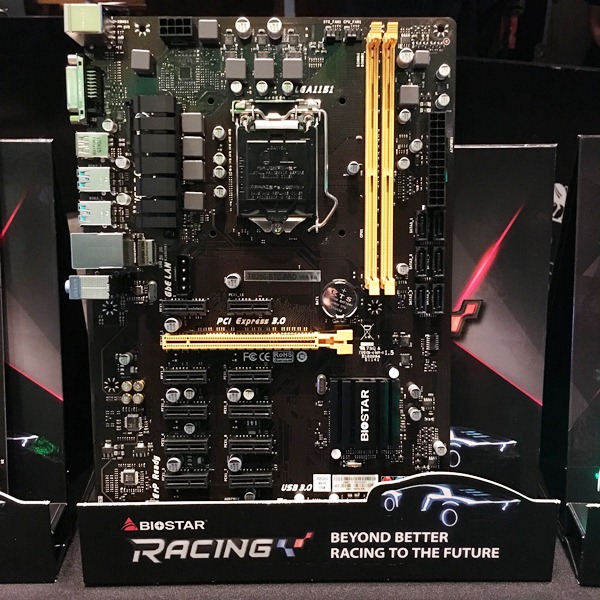