Fortifying its position as a manufacturer of networking products, ASUS Philippines showcased its current roster of routers at an event held in Ortigas, Pasig last Saturday. The event was led by Marketing Manager Jamie Ysrael-Zaldivar and Technical PR Specialist Alfred Bayle, both of whom emphasized the lifestyle-centric approach that ASUS has adopted for its computing products for consumers. 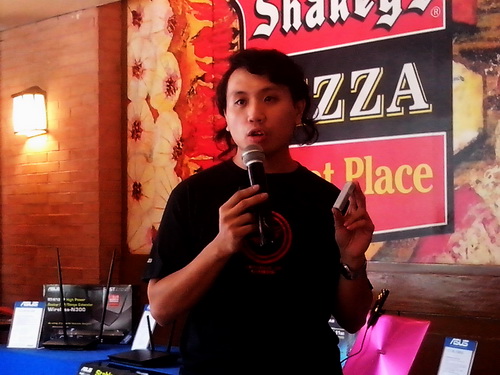 The products that were highlighted during the event include the RT-N14U, RT-N12HP, and the WL-330NUL. Sporting the black diamond design of ASUS, the RT-N14U is an affordable wireless N300 router priced at PhP 2,990. In spite of its relatively low cost, the RT-N14U comes with useful features such as a built-in USB connector that allows for sharing of 3G/4G connectivity (via a dongle), external storage devices, and printers. A few notches above the RT-N14U in terms of pricing, is the RT-N12HP which costs PhP 3,290. This router comes with two detachable external 9dbi high gain antennas for wider signal coverage. The RT-N12HP also doubles as an access point and range extender. Like the RT-N14U, the RT-N12HP is clad in a black diamond enclosure. Tipped as the world’s smallest router, the upcoming WL-330NUL is little wonder that combines several functionalities like router, Ethernet, Wi-Fi hotspot, and access point. The folks at ASUS Philippines did not reveal the exact details of the WL-330NUL’s pricing and availability, but they mentioned that it may hit local shores next month. In addition to routers, ASUS is also offering network adapters which include the EA-N66 (PhP 3,590), USB-AC53 (PhP 3,880), and the PCE-AC66 (PhP 4,880). 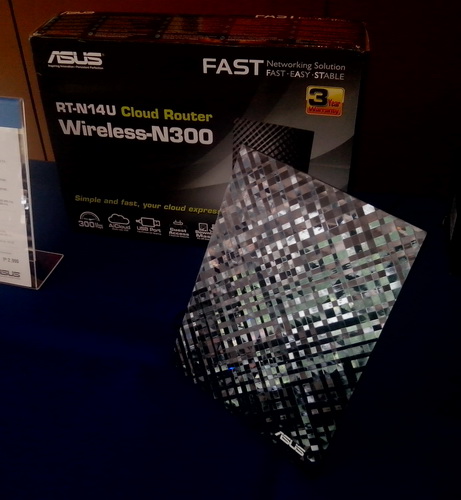 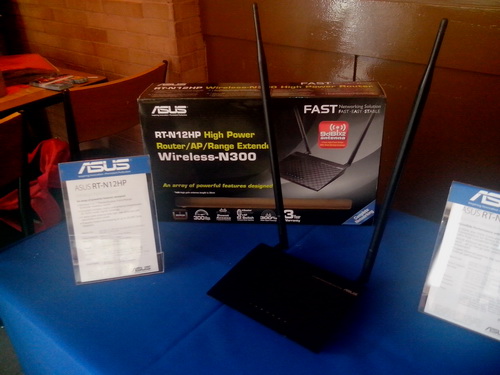 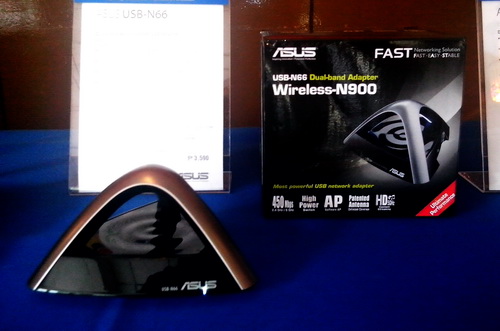 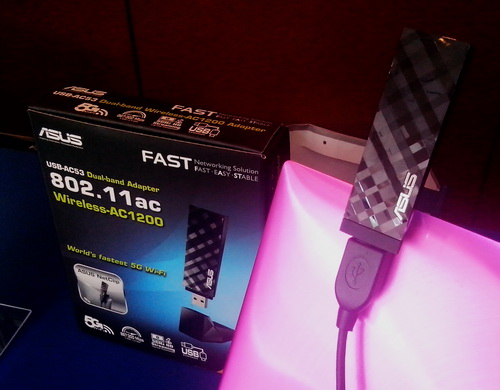 Taking the lifestyle-centric route for its consumer products, ASUS has ensured that its routers are easy to use and loaded with sensible features. ASUS routers can be conveniently configure so average consumers can install them in a home network even without the help of an IT expert. While competitors still rely on word-laden interface, ASUS’s now employ an attractive and intuitive user interface that is rich in graphics and easy to be understood. A common feature on ASUS routers, QoS is useful in prioritizing bandwidth usage based on applications like network-based games. The repeater mode in ASUS routers assists users in expanding the Wi-Fi signal inside a huge house or a multi-storey structure. PC-less torrent downloading is a possibility in ASUS router models that come with a USB connector. For security-conscious users, the RTN10U, RT-N53, and the RT-N66U can support different SSIDs with different bandwidth priorities and access policies. Recognizing the value of cloud computing, ASUS has introduced to its routers AiDisk and AiCloud that enable users to create their personal cloud storage. With these features, users can share and access stored content remotely and wirelessly. Aside from reasonable prices, ASUS routers reduce consumers’ total cost of ownership by being energy efficient. Members of the new E-Series routers the RT-N10E and the RT-N12E reduce energy consumption and utility cost by up to 72 percent.