Samsung's Report Card for 2012 & the Enterprise 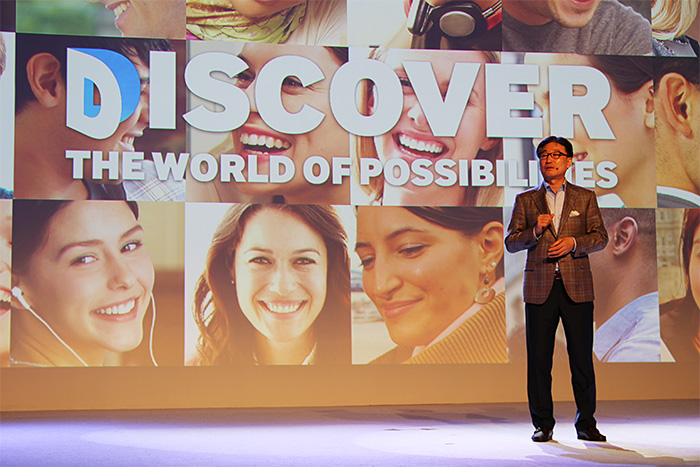 Inside the Samsung Forum 2013

You have to hand it to Samsung. Samsung Electronics achieved sales of approximately US$187 billion in 2012, up about 20% from 2011, with analysts estimating US$60 billion of it from Android smartphone and tablet sales, up from around US$30 billion in 2011. In South East Asia, Samsung Electronics achieved 63% revenue growth in 2012. In the regional TV market last year, the company achieved 16% growth in revenue and 14% growth in unit sales.

When asked about the key challenges Samsung still faces in the Asia market, Gregory Lee, President & CEO of Samsung Asia said, "We have such a variety in our markets. So we can't take one solution and apply it across all the markets. We move around, we look at what works and reapply it differently across each market. But it really takes a lot of skill."

Looking back at what didn't work in 2012, Lee said, "You know, we cannot all have successes. I would say that in marketing, we have not moved to digital as fast as we wanted to. We still have a long way to go with content and applications, and in the enterprise. I'm not saying by any means that we're very comfortable with where we are." Lee also emphasised Samsung's desire to be "number one in all markets where we're not number one. That's a fact." 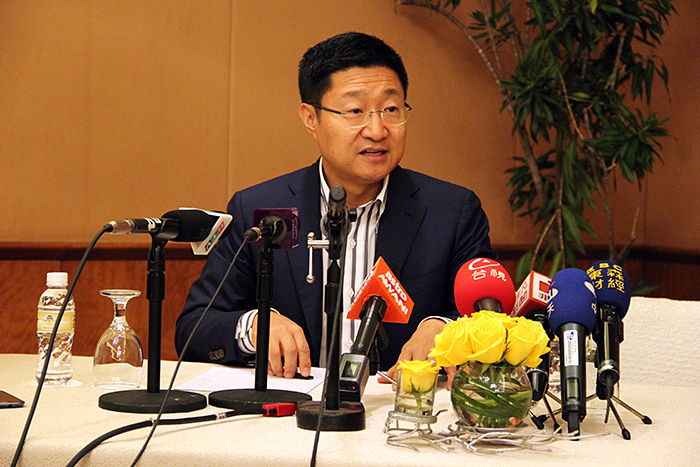 Samsung in the Enterprise

Samsung affirmed its desire to penetrate the enterprise market at the forum today, with the goal of becoming a global leader. It aims to for the enterprise business to represent 10% of its business in South East Asia in 2013, and for its B2B (Business to Business) segment to represent 23% of its total global revenue by 2020. Today, Samsung's enterprise business represents 3% of revenue in South East Asia, and 6% of its total global revenue.

According to Craig Gledhill, vice president of enterprise & SMB, Samsung ANZ & SE Asia, the origins of Samsung's enterprise push started two years ago when the company did its corporate long-term planning. "The 2020 plan was put together and in that plan, Samsung analysed the potential opportunities to continue the kind of growth we would like to see. And it was recognised that enterprise was a key segment for us to develop and grow. And the 23% goal for 2020 isn't based on today's numbers, it's based on where we think we'll be in 2020, so it's quite a significant number." 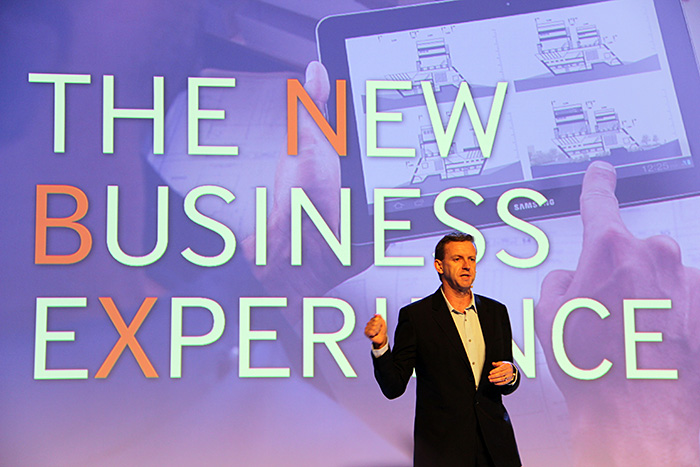 Samsung's Knox software is another interesting push into the enterprise. When installed on a Samsung smartphone, Knox provides two distinct, separate environments for personal and business use. An icon in the lower left of the phone's display lets you switch between the two environments.

When asked about Samsung Knox and what problems it solves for corporations, especially with people who use their personal smartphones for work, Gledhill said, "The big challenge for companies today with BYOD (Bring Your Own Devices) is they worry that if they put corporate information on a personal device, how can they be sure that the information doesn't get leaked to the public or lost to competitors. Because of that, a lot of customers hold back on supporting it because they can't see it's secure enough.

"There are a lot of mobile management solutions on the marketplace that offer different levels of solutions. We can run those on our devices and we could do that before the Knox announcement. But what we've done with Knox is take it to a different level; we've built inside the phone a different canister. Anything that's put into that is protected, and cannot be accessed even if you've lost your device, because it's encrypted and secure.

"What we've set up through Knox is a dual-personality on your phone, to give you a secure environment, a very closed system on the enterprise side. Conversely, we don't want to restrain you on the way you use your smartphone as a personal device. So the look and feel from the personal side looks the same. So that's what Knox is really targeting, it's separately the corporate side of the environment from the personal."